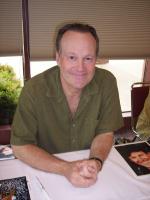 See the gallery for quotes by Dwight Schultz. You can to use those 6 images of quotes as a desktop wallpapers. 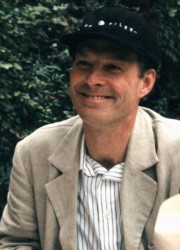 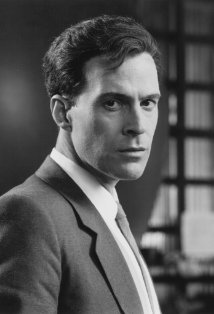 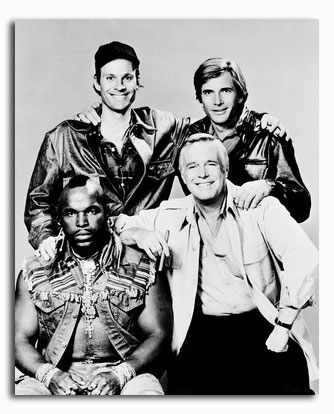 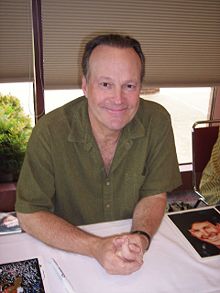 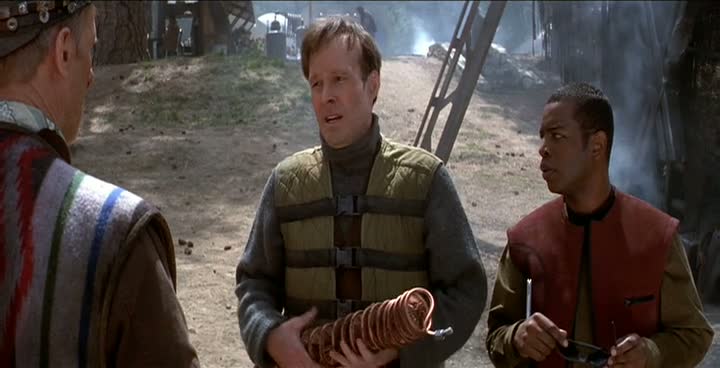 The time between appearances for us is so great that we lose track of it. It would be like watching 'Ben Hur' at one frame a second. There would be long periods of time where absolutely nothing was going on.

They've discovered that, where all the other galaxies are moving in one direction, ours is going in another. Now, the Big Bang theory says that we're all moving outward.

Today's particle physics describe light as a crumple in space, and we may have deformed space in such a way that they noticed something peculiar - and they had the ability to investigate it.

'UFO's' attitude toward the subject is very similar to mine. It's not an advocacy; its philosophy is more 'I want to believe this, but I want it proved.'

It rolls off my back. Ridicule doesn't mean anything - even from people you're supposed to wear knee pads around, like the scientific community.

I find that easier to accept than this all happened out of nothing.

It's a fascinating area for me, UFOs have occupied a great part of my life since I was very young.

Of course, I have Gene Roddenberry to thank for the creation of Barclay.

We all have a right to know, and if the government has been suppressing information about other life forms, that's the cruelest hoax of all.

With science fiction I think we are preparing ourselves for contact with them, whoever they may be.

Tags: May, Ourselves, Science

Being closer to the genesis of this whole period, it captured the importance of the concept of making contact and accurately depicted the paranoia of the time. It's an excellent film.

Governments are moved by numbers, and the greater the number of people who admit that they believe, the greater the likelihood that the secret - if there is one being kept - will be revealed.

I don't think it's too late for 'The War of the Worlds' to come true. I'm talking about it from the standpoint that which you need to have and own things - to breed, to think, to create - is going on everywhere, not just on this planet or in the space around it.

I've been blessed with some lovely scripts and a character that people could truly identify with. It's one of those surprises in life that makes you think, 'God was smiling on me that particular day.

I've spent a lot of time researching the subject and government deception. So to be involved in Star Trek is perfect for me. I enjoy meeting the fans and discussing my interests with them.

If they're traveling at the speed of light, their month is perhaps the equivalent of twenty of our years. So they're just buzzing around having a good old time, continuously looking.

In fact, their eyes sort of roll around and they kind of go, 'Hmm'- like there's something there and they don't want to talk about it. But they're not that kind when they are speaking in public.

It could be that people just want to be connected to something that's bigger than they are that can't be proven. I don't know, I don't think that's it.

It sort of filtered into their subconscious through motion pictures, but it's an historical secret. This - whatever this is - needs to be studied and, in a kind of definitive way, talked about.

Much more quotes by Dwight Schultz below the page.

It's a very typical UFO sighting. Carter said it changed color and, in the physical report, described it as being about the size of the moon. And he saw it with about twenty-five other people.

It's horrible to think that a small cadre of people would manipulate that information. I mean, for God's sake, we've admitted that we were experimenting on our veterans with mustard gas. So there is no security question. It can't possibly be the reason.

People will be fascinated. We will think of each other in a far more homogeneous way, because we will know that there is something that is different from us. And when we say 'us,' it will mean as a species.

Politically speaking, you don't necessarily give away information that allows your enemy to get an upper hand. But at the same time you don't keep reality from the population.

The atom was unleashed in 1946, right when all this stuff was occurring. And the bomb's incredible release of energy and light may have signalled somebody in a dimension which is sharing space with us very closely.

The director calmed me down and told me I was being too hard on myself. He went on to say that I wasn't quite as bad as I thought, but needed to tone things down a bit.

The more I read, to me the more incredible everything is. Based on what I've read, there are all these other dimensional planes and spaces, mathematically proven.

The New York Times' was enigmatic: 'Some unimaginable gravitational force is pulling our entire galaxy in the opposite direction.' End of article. If you stop and think about that, we are recreating ourselves.

The Roswell incident, for instance, had over three hundred witnesses - some describing the bodies, some the craft, some the military procedures. Were they all perpetuating their own lives in a myth?