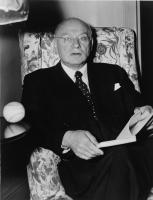 See the gallery for quotes by Emanuel Celler. You can to use those 7 images of quotes as a desktop wallpapers. 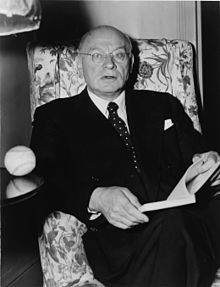 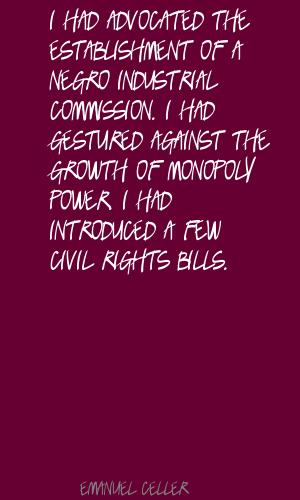 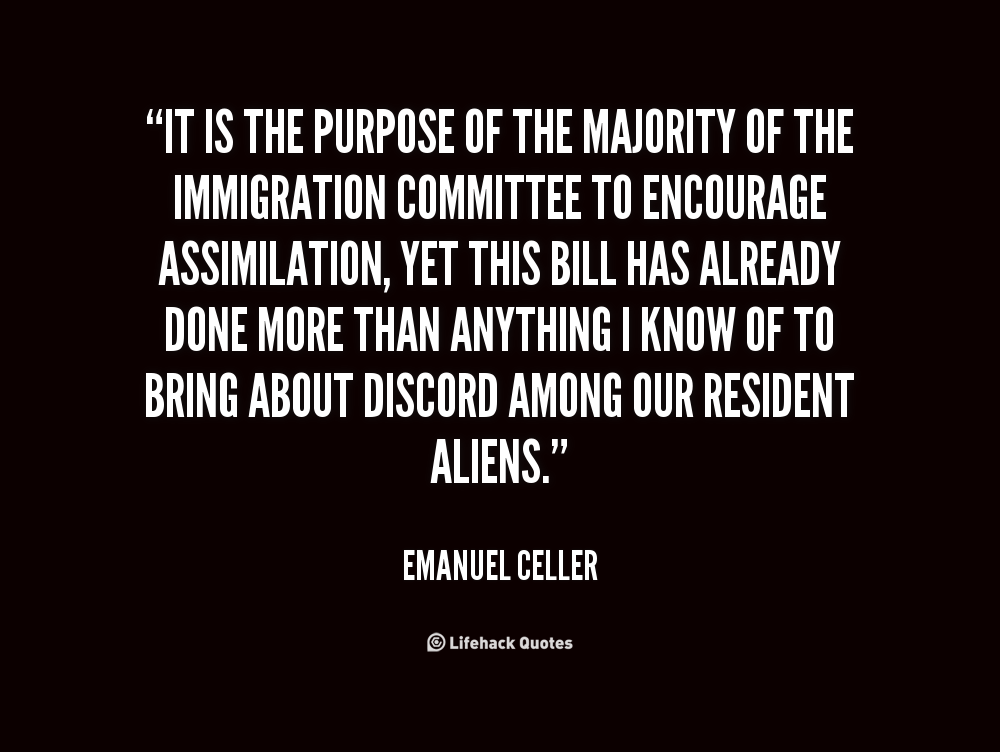 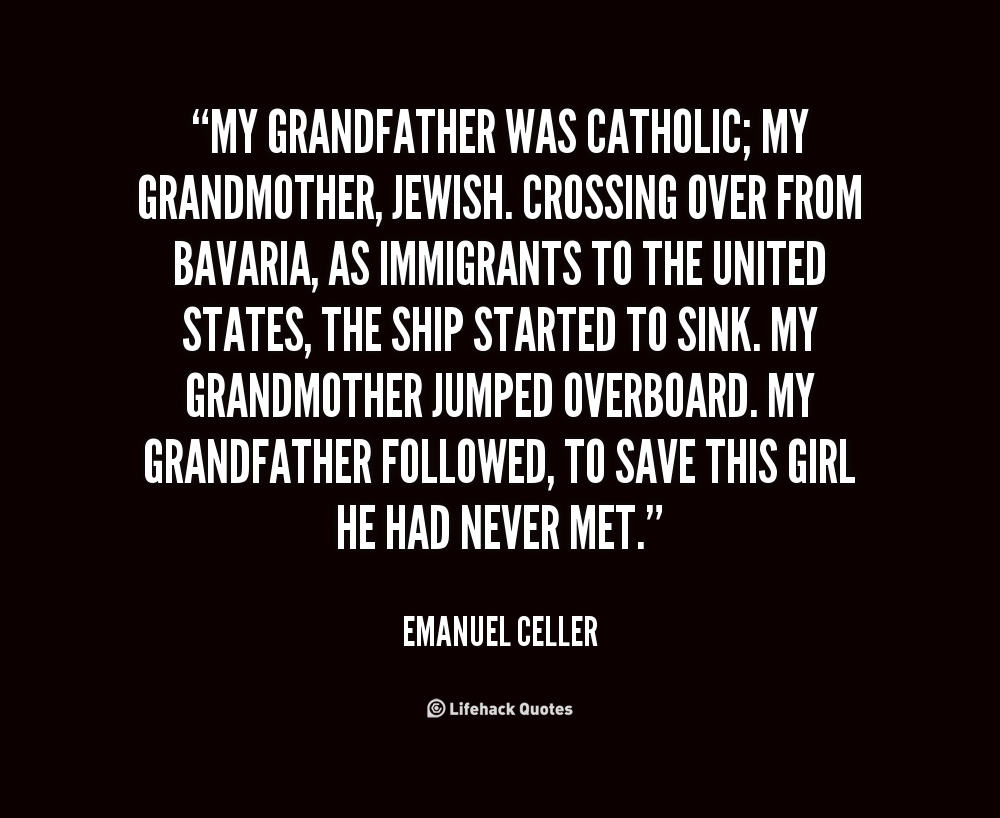 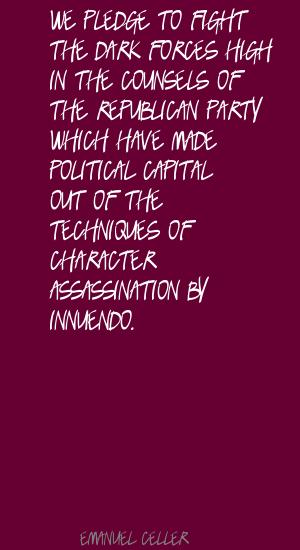 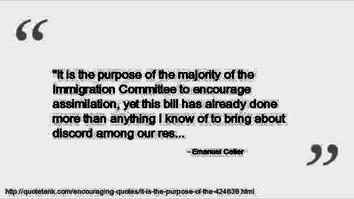 Roosevelt's magic lay in one facet of his personality: He knew how to take the risk. No other man in public life I knew could so readily take the challenge of the new.

We believe firmly that Communism internally and externally can and must be fought without resort to the Communist tactics of the suppression of all individual freedom.

Communism feeds on aggression, hatred, and the imprisonment of men's minds and souls. This shall not take root in the United States.

My wife - to-be and I went to see my father. Only he could answer the two questions before us: Shall we get married now? Shall I begin the practice of law, or continue being the successful wine salesman I had become, working my way through law school?

We pledge to fight the dark forces high in the counsels of the Republican Party which have made political capital out of the techniques of character assassination by innuendo.

I had fought against the unjust restriction of immigration.

Illegality will never solve the problem of political lawlessness.

My grandfather, in 1848, had fled from Germany to find political freedom in the United States.

Our population is headed for a stable plateau, which means an aging population.

The Democratic Party will never desert the freedoms of our people under the guise of pretending to protect them.

The inferior complex is now extended to all Europe, save Nordics.

The panic of the Depression loosened my inhibitions against being different. I could be myself.

The power to investigate is a great public trust.

The rate of population growth in the United States is slightly below that required to reproduce itself.

The studied, unquestioning pace of my family irritated me.

The study of music was a family interest.

I didn't know then that I would never be able to leave the sounds and smells of these sights behind me, but I was fiercely conscious of one thing-my ambition.

I had advocated the establishment of a Negro industrial commission. I had gestured against the growth of monopoly power. I had introduced a few civil rights bills.

I had taken on the color of the climate around me and had driven back all the emotion that rose from the Brooklyn streets so that I could belong to the exclusive club of Congress.

In March of 1933 we witnessed a revolution in manner, in mores, in the definition of government. What before had been black or white sprang alive with color.

Much more quotes by Emanuel Celler below the page.

In our house we repeated the pattern of thousands of other homes. There were a few books and a lot of music. Our food and our furniture were no different from our neighbors'.

It is the purpose of the majority of the Immigration Committee to encourage assimilation, yet this bill has already done more than anything I know of to bring about discord among our resident aliens.

My grandfather was Catholic; my grandmother, Jewish. Crossing over from Bavaria, as immigrants to the United States, the ship started to sink. My grandmother jumped overboard. My grandfather followed, to save this girl he had never met.

On the one hand we publicly pronounce the equality of all peoples; on the other hand, in our immigration laws, we embrace in practice these very theories we abhor and verbally condemn.

Roosevelt's humor was broad, his manner friendly. Of wit there was little; of philosophy, none. What did he possess? Intuition, inspiration, love of adventure.