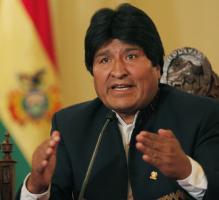 See the gallery for quotes by Evo Morales. You can to use those 8 images of quotes as a desktop wallpapers. 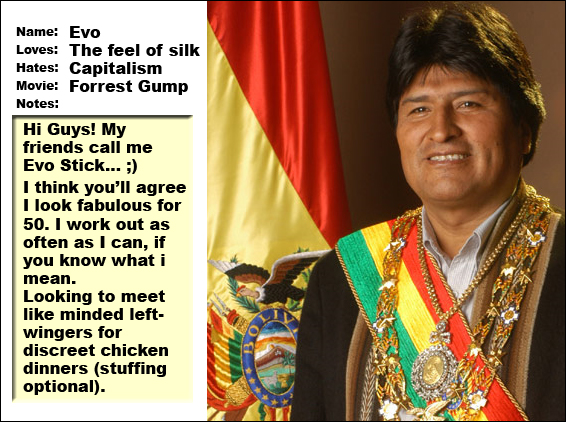 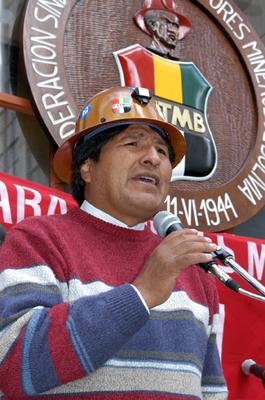 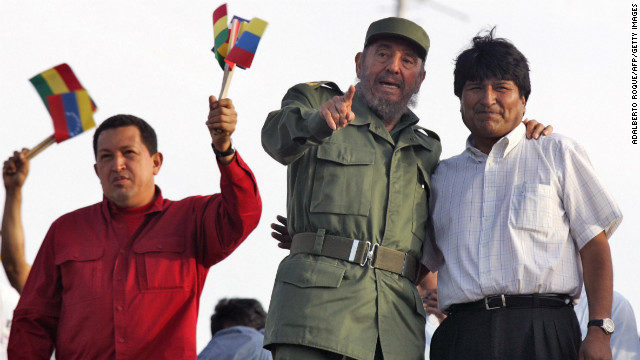 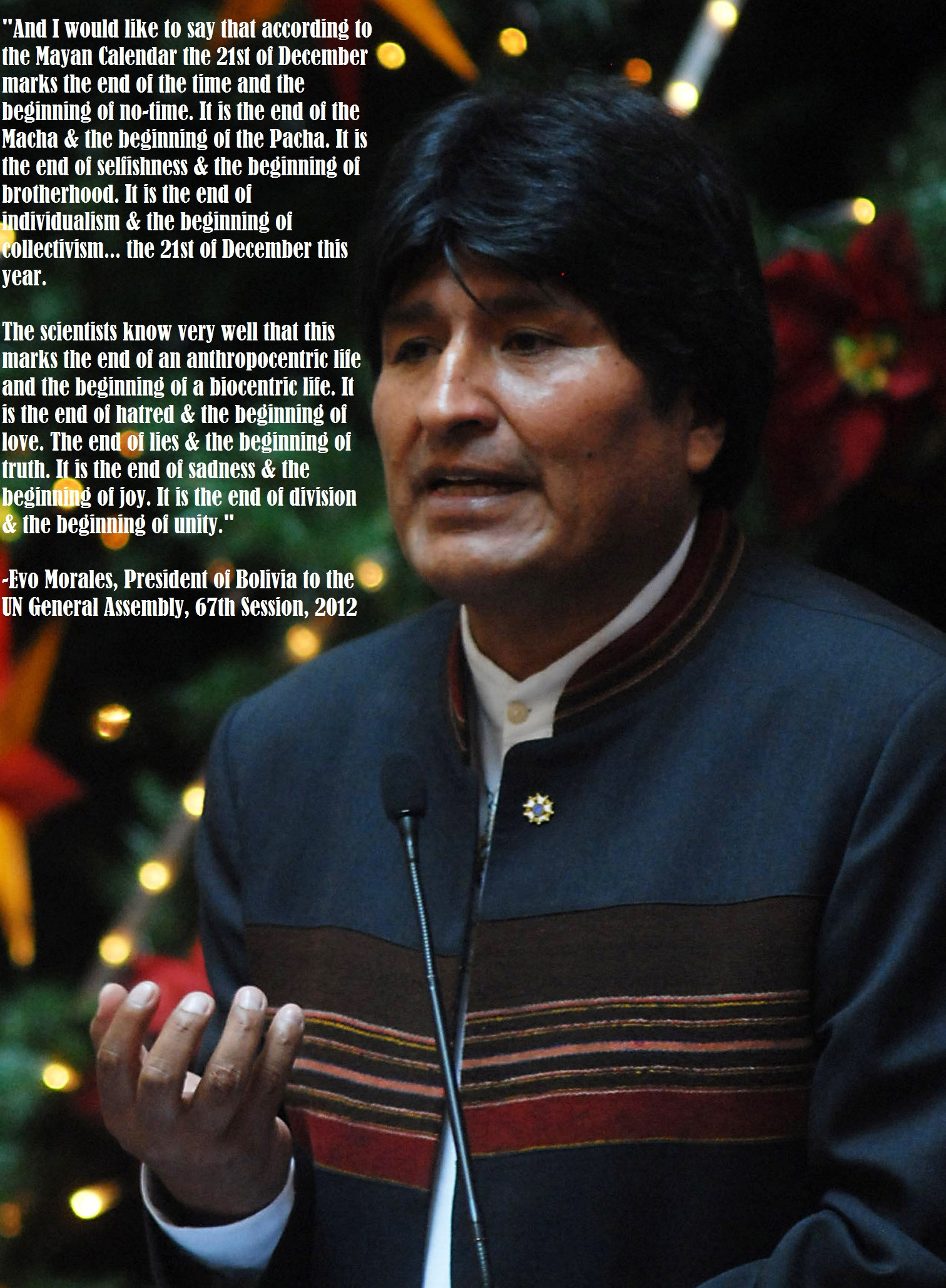 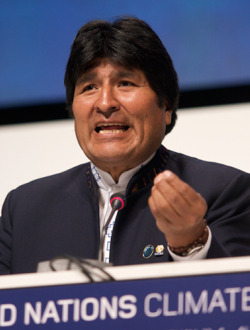 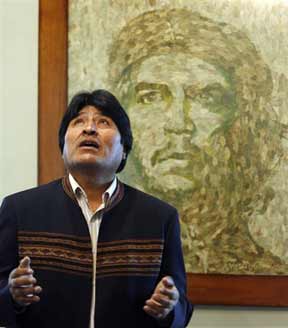 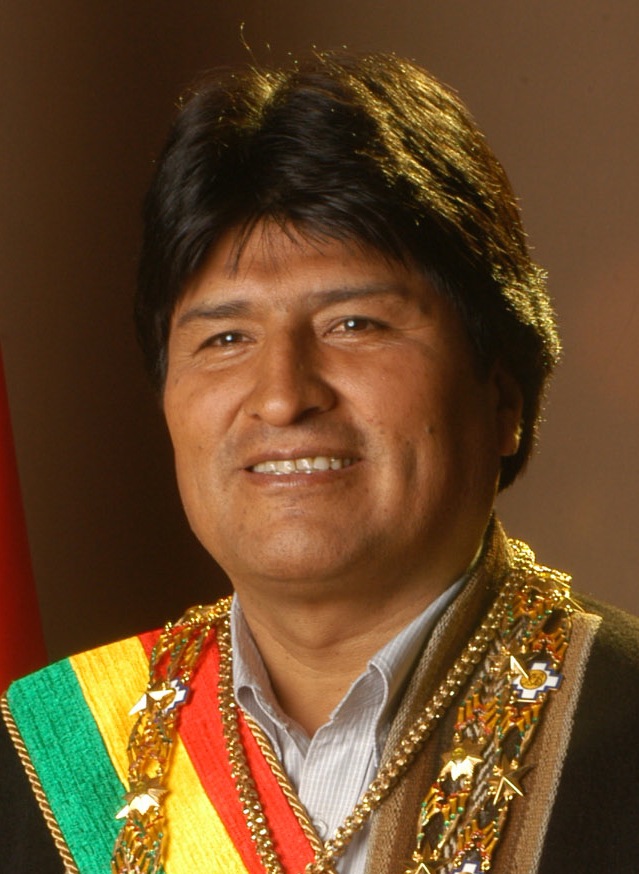 I have a lot of trouble understanding all the detail of finance and administration - but if you combine intellectual and professional capacity with a social conscience, you can change things: countries, structures, economic models, colonial states.

I never wore a tie voluntarily, even though I was forced to wear one for photos when I was young and for official events at school. I used to wrap my tie in a newspaper, and whenever the teacher checked I would quickly put it on again. I'm not used to it. Most Bolivians don't wear ties.

Imagine what our planet would look like with an increase in temperature of two degrees or four degrees, given that at 0.8 degrees we already have serious problems in the world.

In 2005, before I was president, the state of Bolivia had only $300 million from hydrocarbons. Last year, 2007, the Bolivian state - after the nationalization, after changing the law - Bolivia received $1,930 million. For a small country with nearly 10 million inhabitants, this allows us to increase the national economy.

In 2006, I entered the presidential palace in the main square of La Paz as the first indigenous president of Bolivia. Our government, under the slogan 'Bolivia Changes,' is committed to ending the colonialism, racism and exclusion that many of our people lived under for many centuries.

It's easy for people in an air-conditioned room to continue with the policies of destruction of Mother Earth. We need instead to put ourselves in the shoes of families in Bolivia and worldwide that lack water and food and suffer misery and hunger.

Natural disasters in Bolivia have been getting worse with the passage of time. It's brought about by a system: the capitalist system, the unbridled industrialization of the resources of the Planet Earth.

Secret bank accounts are for laundering dirty money. Heads of state at the UN should put an end them. That would be the best way of tracking down the drug traffickers.

The Bolivian government has promised to guarantee autonomy in the framework of unity, legality, and with the goal of equalizing the different regions of Bolivia. It's right there in the constitution.

The most important thing is the indigenous people are not vindictive by nature. We are not here to oppress anybody - but to join together and build Bolivia, with justice and equality.

The peoples of the Andes believe in the concept of 'living well' instead of wanting to 'live better' by consuming more, regardless of the cost to our neighbors and our environment.

The relationship between the government of the United States and social and indigenous movements has always been difficult. Not just in Bolivia but worldwide. We need to have bilateral relations characterized by mutual respect.

We can not have equilibrium in this world with the current inequality and destruction of Mother Earth. Capitalism is what is causing this problem and it needs to end.

We Indians are Latin America's moral reserve. We act according to a universal law that consists of three basic principles: do not steal, do not lie and do not be idle.

We want to overcome our historical problems with Chile. The sea has divided us and the sea must bring us back together again. Chile has agreed, for the first time, to talk about sea access for Bolivia.

We can pay the ecological debt by changing economic models, and by giving up luxury consumption, setting aside selfishness and individualism, and thinking about the people and the planet Earth.

Dialogue is the basis of Indian culture, and we don't want to make any enemies. Political and ideological adversaries, perhaps, but not enemies.

Globalization and the neoliberal economic model have already been rejected in Latin America; it simply hasn't been a solution for our people. At the same time, Latin countries like Venezuela and Argentina are anti-imperialist and anti-globalization, and yet their economies are growing again.

Globalization creates economic policies where the transnationals lord over us, and the result is misery and unemployment.

Historically, foreign powers have always been the ones to keep Latin nations divided.

The way I see it, it's impossible to change things without encountering resistance.

Sooner or later, we will have to recognise that the Earth has rights, too, to live without pollution. What mankind must know is that human beings cannot live without Mother Earth, but the planet can live without humans.

Capitalism is the worst friend of humanity.

Much more quotes by Evo Morales below the page.

For me, being leftist means fighting against injustice and inequality but, most of all, we want to live well.

I am not accustomed to protocol.

I don't mind being a permanent nightmare for the United States.

I have a lot of hope for the Constituent Assembly.

I want to stress that at no time Bolivia acts untimely or irresponsibly.

The new republic should be based on diversity, respect and equal rights for all.

The U.S. should be equally responsible for diminishing the cocaine market within the United States as it is in fighting the drug elsewhere.

This is a coca leaf. This is not cocaine. This represents the culture of indigenous people of the Andean region.

Vaca Diez, do not destroy our country!

We are starting a process of decolonization in Bolivia. All this is bringing about change and we will continue.

All of Africa's resources should be declared resources of the state and managed by the nation. Our experience in Bolivia shows that when you take control of natural resources for the people of the town and village, major world change is possible.

As an indigenous leader from Bolivia, I know what exclusion looks like. Before 1952, my people were not allowed to even enter the main squares of Bolivia's cities, and there were almost no indigenous politicians in government until the late 1990s.

Bolivia's majority Indian population was always excluded, politically oppressed and culturally alienated. Our national wealth, our raw materials, was plundered. Indios were once treated like animals here. In the 1930s and 40s, they were sprayed with DDT to kill the vermin on their skin and in their hair whenever they came into the city.