See the gallery for tag and special word "Capitalism". You can to use those 7 images of quotes as a desktop wallpapers. 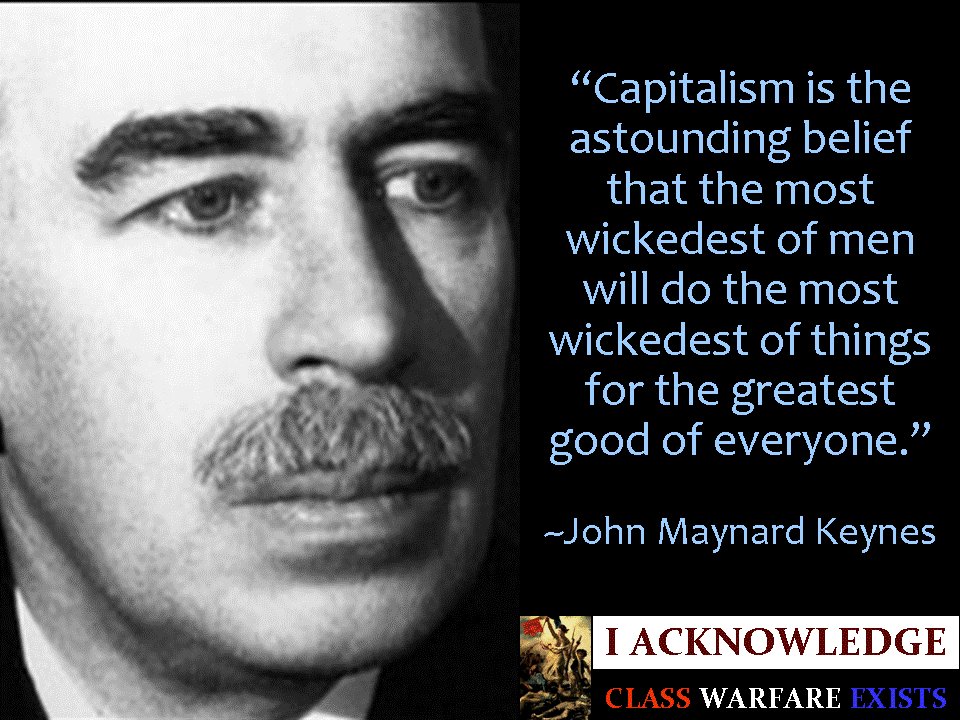 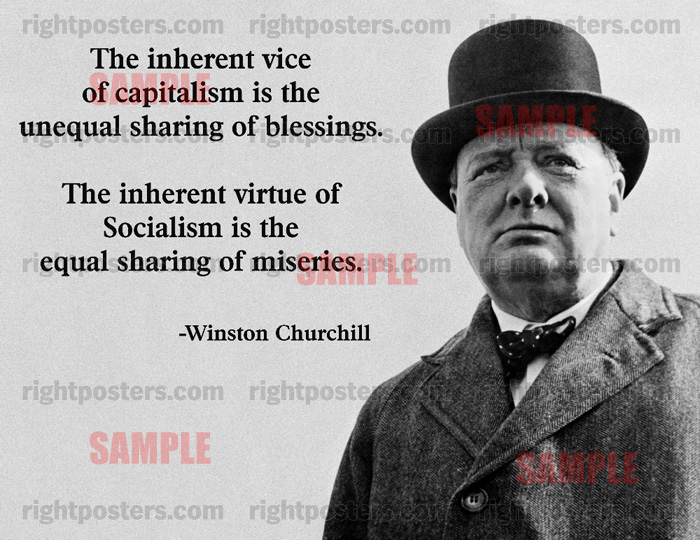 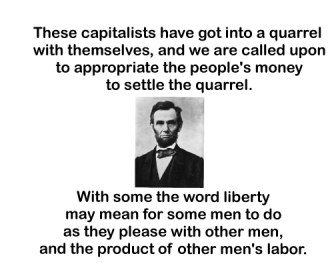 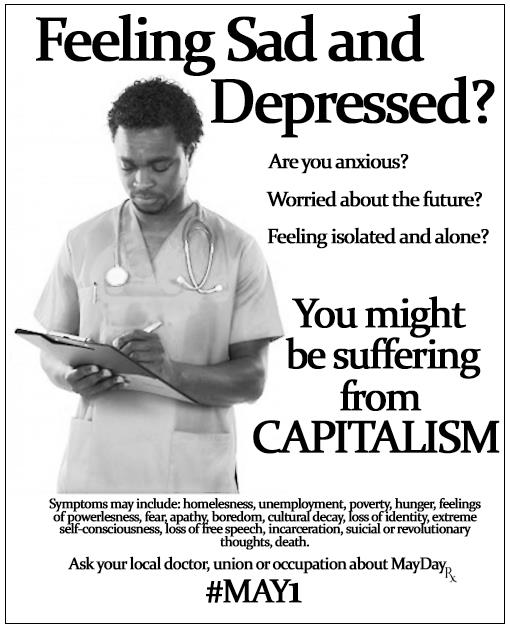 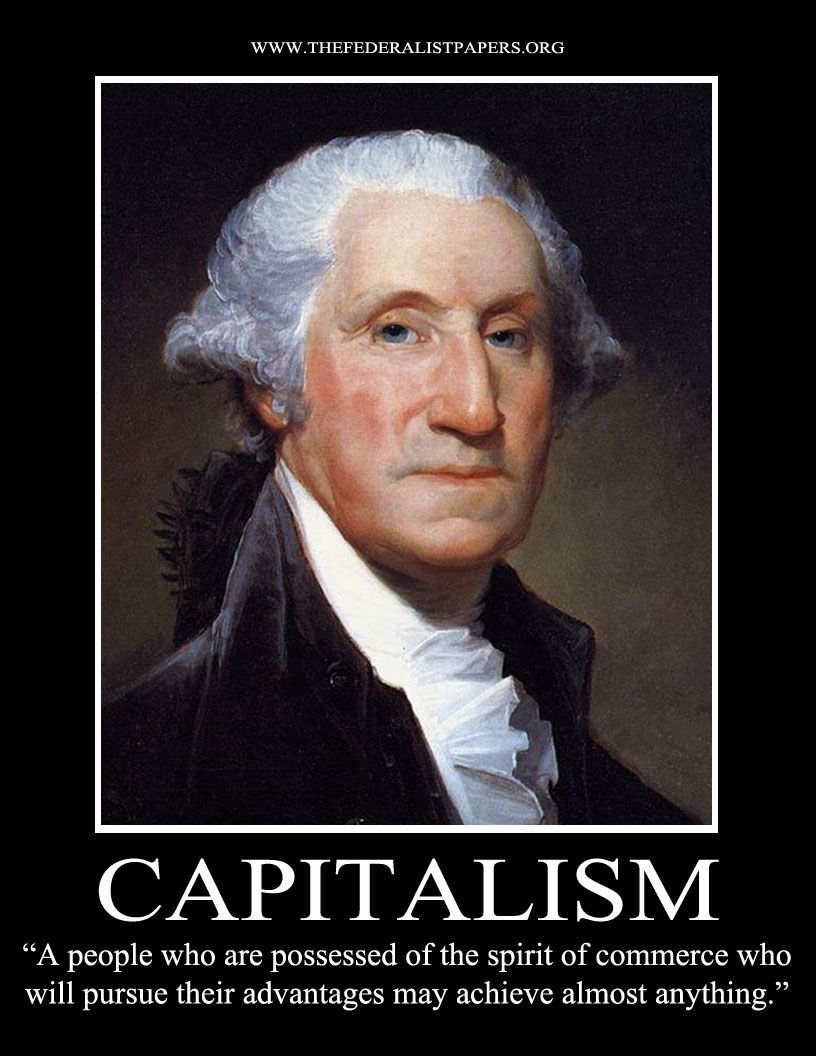 Capitalism is the legitimate racket of the ruling class.

Unemployment is capitalism's way of getting you to plant a garden.

Doing well is the result of doing good. That's what capitalism is all about.

You know capitalism is this wonderful thing that motivates people, it causes wonderful inventions to be done. But in this area of diseases of the world at large, it's really let us down.

What if capitalism is unsustainable, and socialism is impossible?

Capitalism has its weaknesses. But it is capitalism that ended the stranglehold of the hereditary aristocracies, raised the standard of living for most of the world and enabled the emancipation of women.

Despite what many Americans think, most Soviets do not yearn for capitalism or Western-style democracy.

Tags: Democracy, Despite  ✍ Author: Dan Rather

Capitalism is a system for determining objective value.

Capitalism has forced everyone to overoptimize in order to compete.

I think anytime that you go to the extreme of any mode of economics, be it capitalism or communism, you have these feedback mechanisms that make the system turn in on itself.

Much more quotes of "Capitalism" below the page.

I love the way capitalism finds a place - even for its enemies.

Capitalism proceeds through creative destruction. What is created is capitalism in a 'new and improved' form - and what is destroyed is self-sustaining capacity, livelihood and dignity of its innumerable and multiplied 'host organisms' into which all of us are drawn/seduced one way or another.

I suspect that one of capitalism's crucial assets derives from the fact that the imagination of economists, including its critics, lags well behind its own inventiveness, the arbitrariness of its undertaking and the ruthlessness of the way in which it proceeds.

The dynamics of capitalism is postponement of enjoyment to the constantly postponed future.

Right now people seem to be very tentative about the positive benefits of capitalism.

I'm not an anti-capitalist, or anarchist. I want capitalism to work.

I have said it already, I am convinced that the way to build a new and better world is not capitalism. Capitalism leads us straight to hell.

Chicago is the product of modern capitalism, and, like other great commercial centers, is unfit for human habitation.

It is an extreme perversion of capitalism if you can trade in something before you have even paid for it.

The market came with the dawn of civilization and it is not an invention of capitalism. If it leads to improving the well-being of the people there is no contradiction with socialism.

I believe in conscientious capitalism; that's a kind of driving force with me.

The basic law of capitalism is you or I, not both you and I.

Financial crises are an unfortunate but necessary consequence of modern capitalism.

At the highest stage of capitalism, the most necessary revolution appears as the most unlikely one.

I'm not a communist, of course. But I do think that everything is down to economics. Capitalism doesn't change.

I don't think that capitalism should be unbridled, if by 'unbridled' you mean unregulated.

Fascism is capitalism plus murder.

The ideology of capitalism makes us all into connoisseurs of liberty - of the indefinite expansion of possibility.

Socialism is nothing but the capitalism of the lower classes.

Patrimonial capitalism's legacy is that many people see reform as a euphemism for corruption and self-dealing.

The challenge for capitalism is that the things that breed trust also breed the environment for fraud.

Critics of consumer capitalism like to think that consumers are manipulated and controlled by those who seek to sell them things, but for the most part it's the other way around: companies must make what consumers want and deliver it at the lowest possible price.

When it comes to rapacious 19th century capitalism, my family's hands are clean.