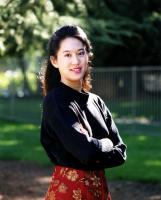 See the gallery for quotes by Iris Chang. You can to use those 7 images of quotes as a desktop wallpapers. 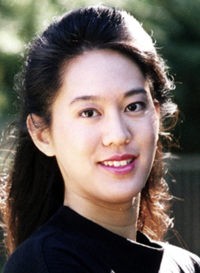 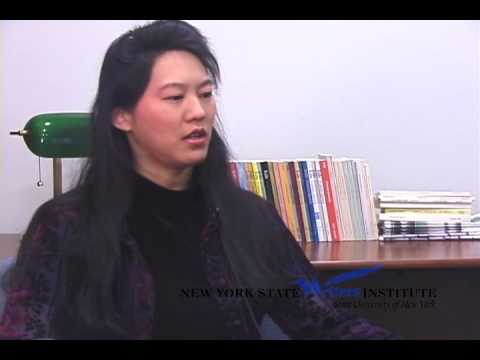 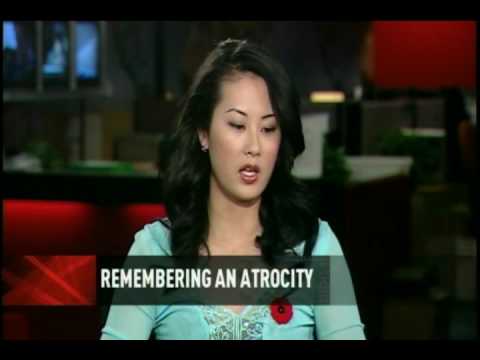 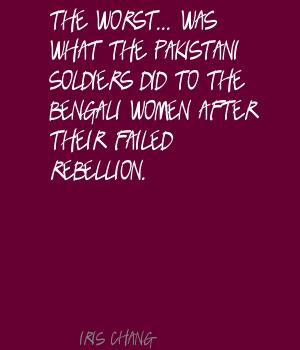 There are now hundreds of thousands of new engineers that are being trained in China. If people start finding themselves losing their jobs, not to the Chinese here but because China has become such a dominant force - then there could very well be a backlash.

There is also an epidemic of infertility in this country. There are more women who have put off child-bearing in favor of their professional lives. For them, the only way they are going to have a family is to adopt from China.

There isn't much in the way of pure communist spirit, because the whole nation seems to be engaged in capitalistic enterprises. Much of the country still operates under government control.

When the Chinese first came to San Francisco, they were actually welcomed by the mayor and they had special ceremonies for them-again this is when their colony was very small, only a few Chinese.

When you take something extremely broad, then it is not a work of expansion or work of compression. It's hard because you have to decide what to throw out.

The worst... was what the Pakistani soldiers did to the Bengali women after their failed rebellion.

Almost all people have this potential for evil, which would be unleashed only under certain dangerous social circumstances.

Your first duty as a writer is to write to please yourself. And you have no duty towards anyone else.

Tags: Else, Write, Yourself

I may attempt a novel. I think that no matter what you write, it requires being honest with oneself, and you have to pull yourself out of the whirlwind of daily life.

Racism is always there underneath, but usually it is exploited in these times of economic crisis, and it's hard to find out when one slides into another.

I don't mind solitude. I love talking to other people, but I do need my space.

I have certainly amassed many historical research gathering skills.

I have to finish this book tour of almost 30 cities.

I received an honorary doctorate for my work. Maybe one of these works is considered the equivalent of a Ph.D.

It is very difficult to hang onto the relics of history.

Now, most of the new immigrants coming to this country are from Asia as opposed to Europe.

Often, what you see in the media is driven by economic forces.

There isn't much discussion of ruling class in America even in Boston, probably one of the most class-conscious cities in the country?

They probably do have an Asian Barbie.

Whatever is not commonly seen is condemned as alien.

After working as a journalist I went to a writing program at Johns Hopkins. It was interesting because it was neither journalistic nor historical, but it emphasized writing style, and afterwards I was asked to write my first book.

For some reason, I seem to be bothered whenever I see acts of injustice and assaults on people's civil liberties. I imagine what I write in the future will follow in that vein. Whether it's fiction or non-fiction.

Much more quotes by Iris Chang below the page.

If the conditions were right there could be great acceptance. Often it is only when they pose an economic or political threat that it turns really ugly.

It was clear that the special interest groups in California really wanted the Chinese to be shut out of the country, because that was where the racial tension was the greatest.

It's a wonderful thing to see a segment of our population that is open and eager to learn more about Chinese culture. It has filtered into the mainstream. You see credit-card ads on TV with white couples and Chinese babies.

It's much more difficult to work on a broad subject than on a specific one, because even if it's hard to find the information, if you look hard enough for something specific you will find it, and you will discover things that you wouldn't have thought of before.

Of course, in the United States, which at the time was a very young country, there were also class distinctions. They weren't as pronounced, but they quickly evolved as well.

Somebody who was born in this country who visited China would later face difficulty getting back in to the USA. We have to keep in mind that the struggles of the Chinese against these exclusion laws really laid down the foundations of civil rights law.

The whole story of the comfort women, the system of forced sexual slavery, the medical experiments of Unit 731, is not something that is in the US psyche. That is changing because many books are coming out.

The Chinese seemed to be mourning Mao in a heartfelt fashion. But I wondered how many of their tears were genuine. People had practiced acting to such a degree that they confused it with their true feelings.

At the age of fifteen my grandmother became the concubine of a warlord general.

China is more prosperous than before. The people have better lives but they are not happy and confident because the scars are still there.

I always wanted to be a writer.

I feel perhaps my heart is still in China.

Although my book is banned I am still allowed to go to China and travel. There is no longer the kind of control that Mao used to have-there have been deep fundamental changes in society.

For anyone to open their heart, they need the right atmosphere, and something to prompt them. For my mother it was her trip abroad: she was in a very relaxed, understanding environment. I was very sympathetic towards her.

I like to have Chinese furniture in my home as a constant and painful reminder of how much has been destroyed in China. The contrast between the beauty of the past and the ugliness of the modern is nowhere sharper than in China.

I no longer have the terrible nightmares that I used to have. Mao had just died in 1976, and China began to open up. For the first time scholarships to go to the West to study were awarded on academic merit.

I remember when my mother pointed to a stone, and she said this was the kind of stone people used to place on the feet of the baby girls to stop them trying to climb away and unbind their feet.

I think because of their terrible past, particularly this century, the Chinese have come to accept cruelty more than many other people, which is something I feel very unhappy about.

I was not allowed to take notes but my friend and I memorised those two and a half pages. Most people talked to me because of the warning. They knew this book was not going to be the official line.

I would love mainland Chinese to read my book. There is a Chinese translation which I worked on myself, published in Hong Kong and Taiwan. Many copies have gone into China but it is still banned.

If children were brought up to become non-conformists it would only ruin their lives. So parents all over China who loved their children told them to do as Chairman Mao said. It was not possible to tell them anything else.

In certain areas where the media are still controlled, the changes have come to a halt, which is a very frustrating situation. I would like the changes to take place throughout China.

It's taken us 10 years, and it was constant excitement. I was constantly shocked by how evil he could be. Mao was very, very shrewd but he didn't have human feeling.

We were not treated by our own government as proper human beings and consequently, some outsiders did not regard us as the same kind of humans as themselves.

What has marked Chinese society is its level of cruelty, not just revolutions and wars. We ought to reject it totally, otherwise in another upheaval there will be further cruelty.

When I was in China, Mao was Chairman, and parents were terrified to tell their children anything that differed from the party line in case the children repeated it and endangered the whole family.

While I was writing Wild Swans I thought the famine was the result of economic mismanagement but during the research I realised that it was something more sinister.