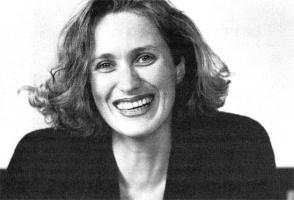 See the gallery for quotes by Jane Campion. You can to use those 8 images of quotes as a desktop wallpapers. 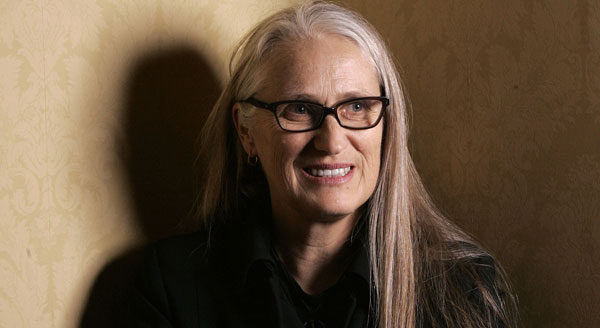 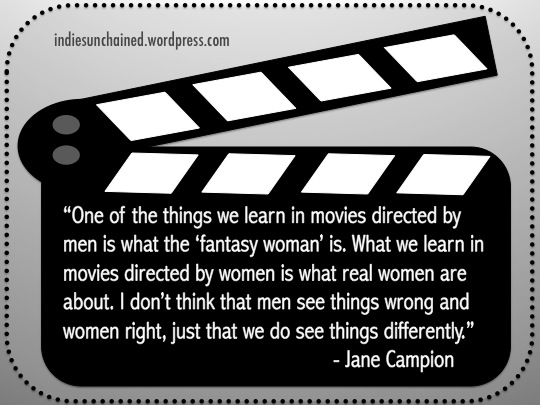 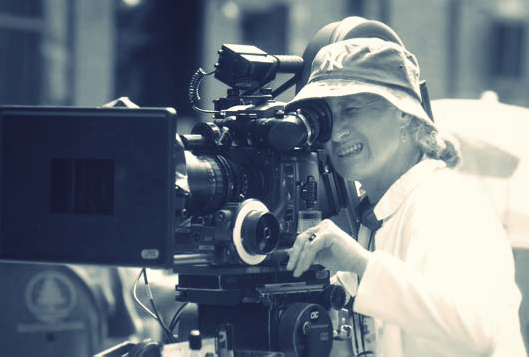 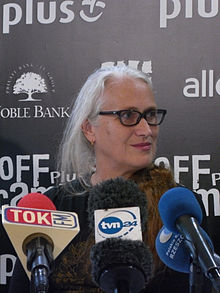 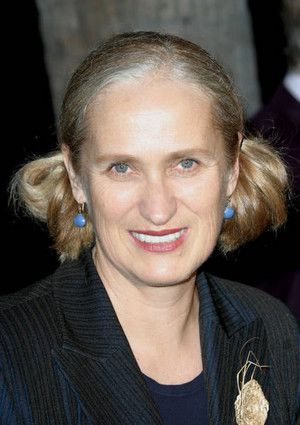 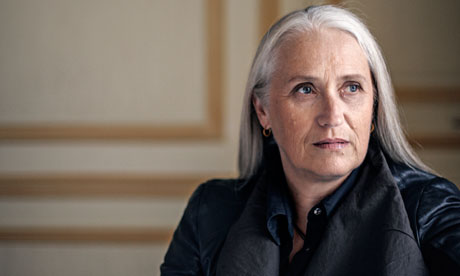 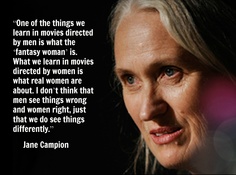 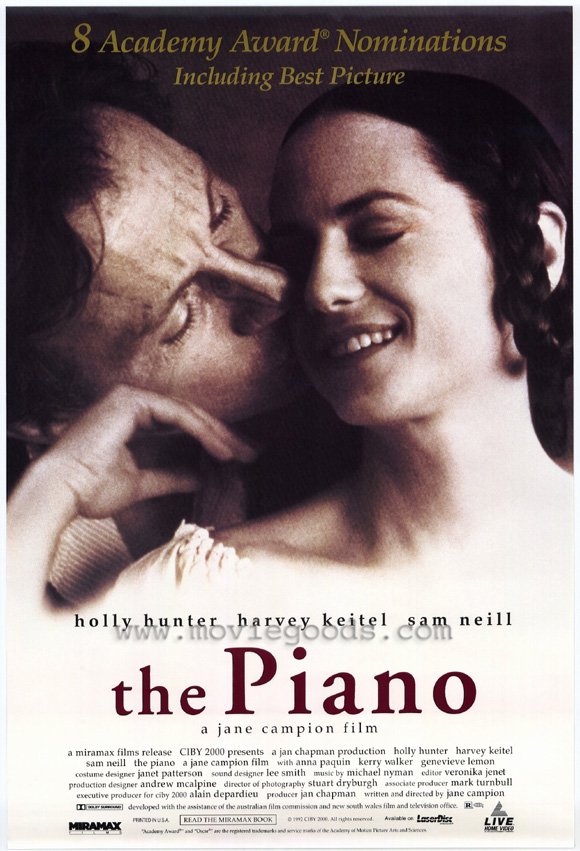 Eight years ago, I was drawn into Keats's world by Andrew Motion's biography. Soon I was reading back and forth between Keats's letters and his poems. The letters were fresh, intimate and irreverent, as though he were present and speaking. The Keats spell went very deep for me.

For me, being a director is about watching, not about telling people what to do. Or maybe it's like being a mirror; if they didn't have me to look at, they wouldn't be able to put the make-up on.

I can get very philosophical and ask the questions Keats was asking as a young guy. What are we here for? What's a soul? What's it all about? What is thinking about, imagination?

I did this Super-8 film at art school called 'Tissues,' this black comedy about a family whose father has been arrested for child molestation. I was absolutely thrilled by every inch of it, and would throw my projector in the back of my car and show it to anybody who would watch it.

I didn't like England. I couldn't take the look of the place or the style of friendship. I need more intimacy from people than is considered okay there, and I felt that my personality and my enthusiasms weren't understood. I had to put a big lid on myself.

I don't belong to any clubs, and I dislike club mentality of any kind, even feminism - although I do relate to the purpose and point of feminism. More in the work of older feminists, really, like Germaine Greer.

I feel that directors at times are like the janitors on the set. I am the secretary, I am the organizer, I am the maid, and I ask if they have eaten or rested. The best things are always out of your control. It's those moments that surpass the imagination that are thrilling.

I think feature film can be quite conservative, because you have to now get audiences to come out, and it's quite a hard thing to do. Of course, television can be conservative too.

I think that the romantic impulse is in all of us and that sometimes we live it for a short time, but it's not part of a sensible way of living. It's a heroic path and it generally ends dangerously.

I think that the romantic impulse is in all of us and that sometimes we live it for a short time, but it's not part of a sensible way of living. It's a heroic path and it generally ends dangerously. I treasure it in the sense that I believe it's a path of great courage. It can also be the path of the foolhardy and the compulsive.

I think that three-act fundamentalism in film culture is a problem sometimes, because it's almost too obvious, or it's too expected. And it's not the only way to fill two hours, or to phrase things, or to order thoughts, or order ideas.

I think women don't grow up with the harsh world of criticism that men grow up with, we are more sensitively treated, and when you first experience the world of film-making you have to develop a very tough skin.

I took four years off after 'In the Cut' because I wanted to see who I'd be without work. I even tried being a hermit in the wilderness in New Zealand. I stayed in a warden's hut two-and-a-half hours off the Routeburn Track through the fjords on the South Island. It was early winter, so there was no electricity or running water.

I'm a much better filmmaker than painter. But studying it did make me visually acute and taught me lessons like being economic: Say something once and you don't have to say it again.

I've had a lot of different responses to my films. I got a lot of support from 'The Piano,' the obvious one, but it feels like an ocean, with a lot going on - the goal is to keep alive.

If you start with a good idea, you can encapsulate it in a phrase and explain it. I like high-concept films. Everyone can get hold of it. I don't think there's any harm in that at all.

It's been such a deep and amazing journey for me, getting close to John Keats, and also I love Shelley and Byron. I mean, the thing about the Romantic poets is that they've got the epitaph of romantic posthumously. They all died really young, and Keats, the youngest of them all.

My musical knowledge is so bad it's embarrassing. When composers discuss music with someone as primitive as myself, they have to talk about it in terms of senses and emotion, rather than keys and tempo.

'The Piano Lesson' is very sophisticated, easily the most adult or complex material I've attempted. It's the first film I've written that has a proper story, and it was a big struggle for me to write. It meant I had to admit the power of narrative.

There are some things that are real, that you can see, that you can observe, like the moon, and grass and things. But for ideas to become real, they have to be played on your senses.

There was a big drive when I was at art school to make you aware of the economy of meaning - after all, this was still during the tail end of minimalism. Being responsible for everything you put in your picture, and being able to defend it. Keeping everything clear around you so you know what is operating. To open the wound and keep it clean.

There's no artist in this world that doesn't enjoy the dream that if they have bad reviews now, the story of Keats can redeem them, in their fantasy or imagination, in the future. I think Keats' poem 'Endymion' is a really difficult poem, and I'm not surprised that a lot of people pulled it apart in a way.

This is the first generation to grow up on Thatcher - it's a different ethos. It's money minded, and it's the cult of yourself. Now that's fine, except when it falls down, and you can't achieve your goals - through high unemployment, through the fact that you probably need inherited money to get anywhere.

Much more quotes by Jane Campion below the page.

What I have learned from my work up to now, is to try to be open, but also protect myself by not letting the good and the evil get too much importance.

When I read Andrew Motion's biography, I wept. It's something about the purity of the story and how fresh it was because of the love letters Keats wrote.

With 'Bright Star' and with 'The Piano,' too, I felt a kind of sadness about it being in such a different era, because of my lack of experience with the era. And one of the ways I'd get over it is to remind myself that every film, even if it's contemporary, creates its own world.

Women today are dealing with both their independence and also the fact that their lives are built around finding and satisfying the romantic models we grew up with.

You know, sex is actually not so original as the way people love or the stories behind each relationship, which is what you remember. Sex is sex in the end.

Women often postpone their lives, thinking that if they're not with a partner then it doesn't really count. They're still searching for their prince, in a way. And as much as we don't discuss that, because it's too embarrassing and too sad, I think it really does exist.

Performers are so vulnerable. They're frightened of humiliation, sure their work will be crap. I try to make an environment where it's warm, where it's OK to fail - a kind of home, I suppose.

I had a daughter who was 9 years old and I had the feeling I wasn't going to be a real parent if I didn't quit making movies for a while and spend time with her. I also felt that I'd made enough movies and said what I had to say at the time.

I would love to see more women directors because they represent half of the population - and gave birth to the whole world. Without them writing and being directors, the rest of us are not going to know the whole story.

Actual violence has no attraction for me at all.

As for how criticism of Keats' poetry relates to criticism of my own work, I'll leave that for others to decide.

But I think it's quite clear in my work that my orientation isn't political or doesn't come out of modern politics.

I think I made good movies.

I think the whole tension about romanticism is the way it builds and builds, and the moment it's consummated, the tension's over.

It's a luxury to be able to tell a long form story. I love novels, and I love to have a long relationship with characters.

So many actors are not open in front of the camera - they have a persona.

To deny women directors, as I suspect is happening in the States, is to deny the feminine vision.

Tragedy makes you grow up.

When you first fall in love it's so thrilling, you can't wait to throw yourself away and make this new wonderful twosome.

Tags: Away, Love, Yourself

A message I've been telling myself: the cinema is very conservative, and unless you have a story that satisfies you, that is within the unchallenging zone, but you love it, you can't do it as cinema. Otherwise, you better go do it for television, which is more daring now.

And, I mean, I think poetry does need to be met to some extent, especially, I guess, 19th century poetry, and for me, it's just been so worth the effort. It's like I'm planting a garden in my head.

Because there is that sort of feeling that people don't know what to do with gaps in their lives. It's a scary notion, but actually, if you can stand in space just for a little while, a new door will open, or you'll be able to see in the dark after a while. You'll adjust.

Between 18 and 26 I acted professionally, on the stage and a little bit on television. Acting is okay, but it's quite pressurized. Then I went to England - I wanted to reinvent myself.