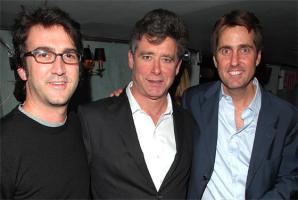 See the gallery for quotes by Jay McInerney. You can to use those 8 images of quotes as a desktop wallpapers. 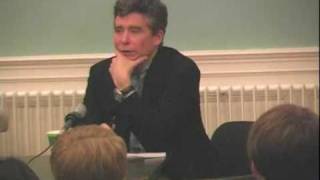 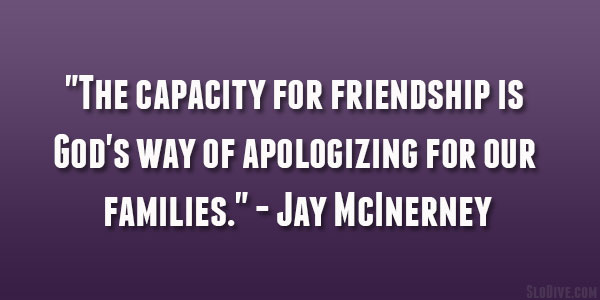 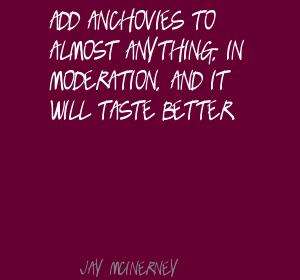 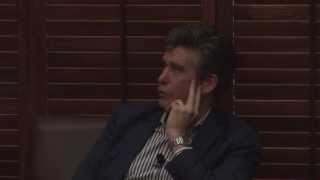 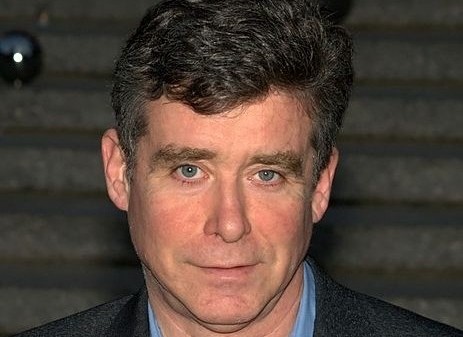 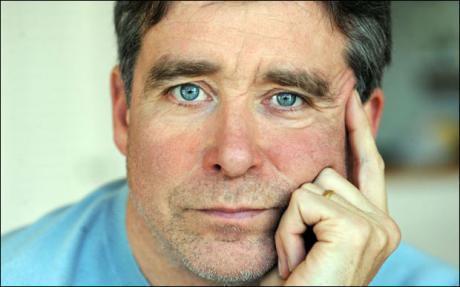 You know, I'm always surprised when I read profiles, and they make me sound so jaded. I am so not jaded.

I always hope people will like me, and I'm always afraid they will think I'm a fraud. I try harder than perhaps I should to make people like me, then it backfires. They think I'm a buffoon.

I certainly think that the publishing houses have to learn more about this informal network of literary blogging and get over the idea that sending an author on a book tour - to Dallas, Houston, Los Angeles - is a successful model anymore.

I don't think I found my voice until I reached New York. I suppose it's possible I would have had some kind of different literary career if I had not discovered New York.

I feel that there's a lot of would-be guardians of the culture who think that high-minded literary purpose and the life that gets chronicled in the gossip columns, that these two things are incompatible.

I think a lot of the people who write about me think that if they had to write fewer interviews then they would transcribe their life-story and it would be a big success. Or should be.

I'm afraid that - not necessarily deliberately, but consistently - I've made a kind of laboratory out of my life, where I mix the stuff in the test tubes to create explosions - possibly resulting in interesting by-products. I mean, not deliberately - I'd be crazy to deliberately do that - or maybe not.

If being a spokesman for a generation is a fleeting occupation, being a symbol of an era is downright dangerous for anyone who has the bad luck to outlive it.

Most novelists I know went through a period of intense self-examination and self-loathing after the terrorist attacks on the World Trade Center. I certainly did.

Publishers send me a lot of first novels because my first novel was the defining novel of my career, and I guess a lot of people want my benediction or something.

The definition of gumbo is almost as slippery as that of Creole. Just as gumbo can contain pretty much any kind of meat or seafood, Creole is a vague and inclusive term for native New Orleanians, who may be black or white, depending on whom you're asking.

You know, Greenwich Village was the traditional bohemia of New York. I wish I could say that was entirely true now. It's, uh... changed. It's now got, God help us, investment bankers and journalists, but it's still a very beautiful part of New York.

A creative writing program is only as good as its teachers, and I was fortunate in having two great writers as mentors.

Add anchovies to almost anything, in moderation, and it will taste better.

Anybody who becomes a movie star becomes successful at projecting a certain image to the public.

Eat, drink and remarry is my motto.

I don't think I've left a trail of weeping women in my wake. I mean, the number of serious relationships I've had has not been into double digits.

I don't want to have my life fall apart for my work.

I envy those writers who outline their novels, who know where they're going. But I find writing is a process of discovery.

I like the fact that I'm living in the world rather than in a university.

I love to imagine inside the head of a woman.

I remain a fan of my friend Bret Easton Ellis's 'American Psycho.' I think as a book about New York in the '80s it was pretty excellent.

I'm a romantic; you have to be to marry four times.

It's the cynics who never get married.

Love is the eternal quest: almost everyone wants to love and be loved.

Much more quotes by Jay McInerney below the page.

Mine is not an autonomous imagination.

Most of the people I write about have been ambitious outlanders who have been attracted to New York from other parts of the world.

My former wife is a very eccentric woman, which is why I still love her.

'Socialist' is the nastiest thing you can say about an American politician in some quarters.

There aren't many shy writers left.

There is a type of writer that can happily bury themselves in the country and dig very deep, but I'm not like that.

There's a socialist bias to the consensus of the literary world: a '30s mentality that says factory workers are more worthy of our attention.

We've been hearing about the death of the novel ever since the day after Don Quixote was published.

Tags: After, Death, Since

When you catch yourself lying to your therapist, you know it's a waste of money.

Yeah, 'Gossip Girl' is a good show. It's a real New York show, like 'Sex and the City.'