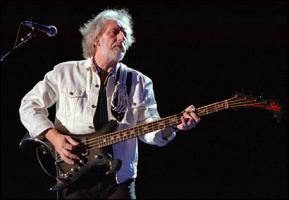 See the gallery for quotes by John Entwistle. You can to use those 6 images of quotes as a desktop wallpapers. 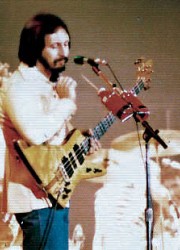 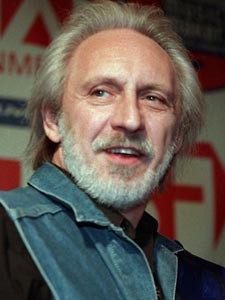 I supply the music for Vampires, which is a new series that's coming out.

I deep sea fish a lot.

I set myself up to be a bass guitarist and bass players get a lot more work than people like me.

I mean, Eighteen years old is the age of consent in Europe and you can go anywhere and do anything you like. In America, it is dumb. At eighteen you should be able to do anything that you like, except get married.

This band makes sure that we have whole sections of stuff that are free form so that they don't know what we are doing next, that is the fun part of playing. You are playing something that you haven't ever played before.

I ain't heard anyone play like I do in my band and I am very happy about that.

I am writing a book and that takes third place of importance.

I don't mind doing the Who tours when they come along but I want to get out there and play.

I don't wish my career on anyone.

I got a couple on per album but my problem was that I wanted to sing the songs and not let Roger sing them.

I love playing for people.

So by the time I taught myself the bass guitar at the age of 14, my hands were already pretty nimble.

We have nine hungry Rottweilers on the farm.

We'll open for anyone, we are just looking to play.

What I feel I am doing now is giving to the people exactly what they paid for but never actually heard before.

I have got an anthology album out. The American version has got the same mixes but the European version, I remixed them in the studio and added a couple of things that I have always wanted to add.

That was the producer who produced a couple of my solo albums. He produced my second, third and fourth solo albums. It was his project and I just joined him on it. I sang on one and played bass on another one.

Tags: Another, Him, Second

Tags: Else, Hard, Someone

We were gradually playing larger venues and in the early days PA systems were kind of non-existent. So to play loud, we had to use louder equipment. The PA systems back then didn't mic the instruments - only the vocals.

With bass, especially bottom end, the vibration has to happen on stage otherwise the feel is wrong. This is why you can't scale the equipment down too far.