See the gallery for quotes by Keith Olbermann. You can to use those 8 images of quotes as a desktop wallpapers. 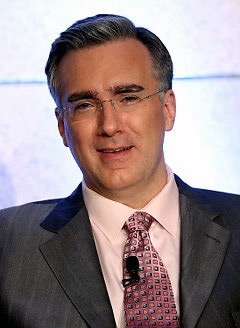 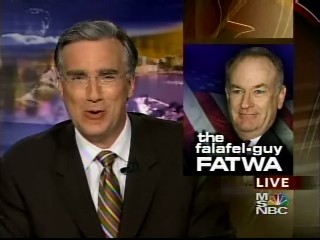 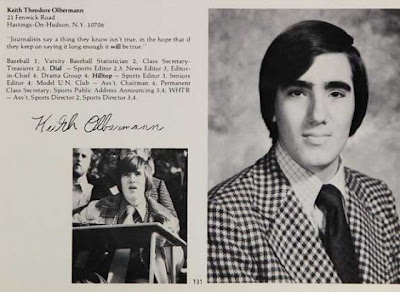 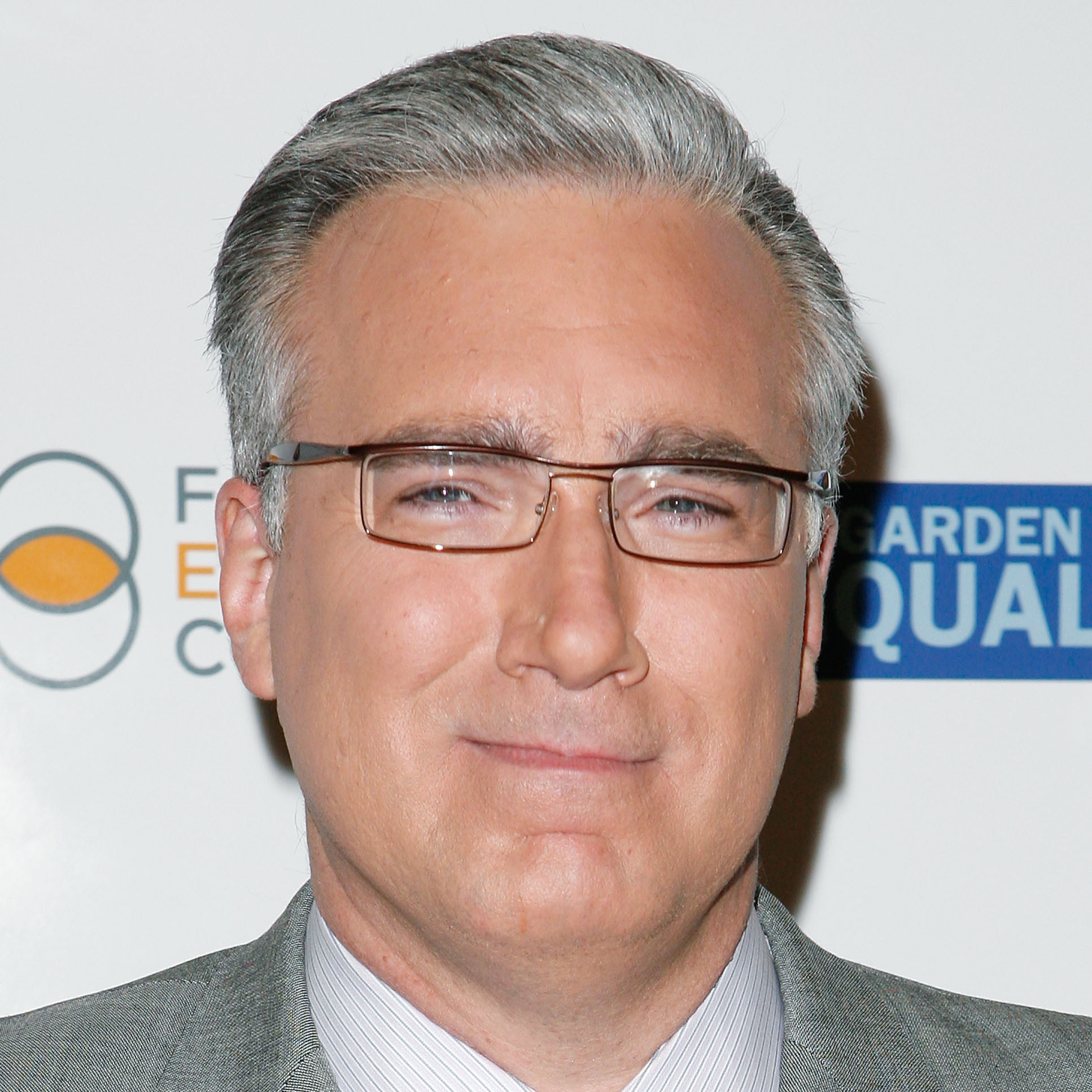 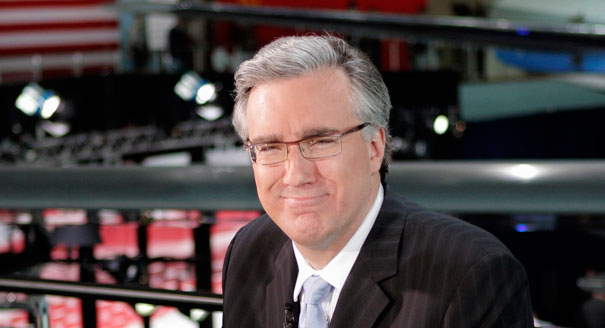 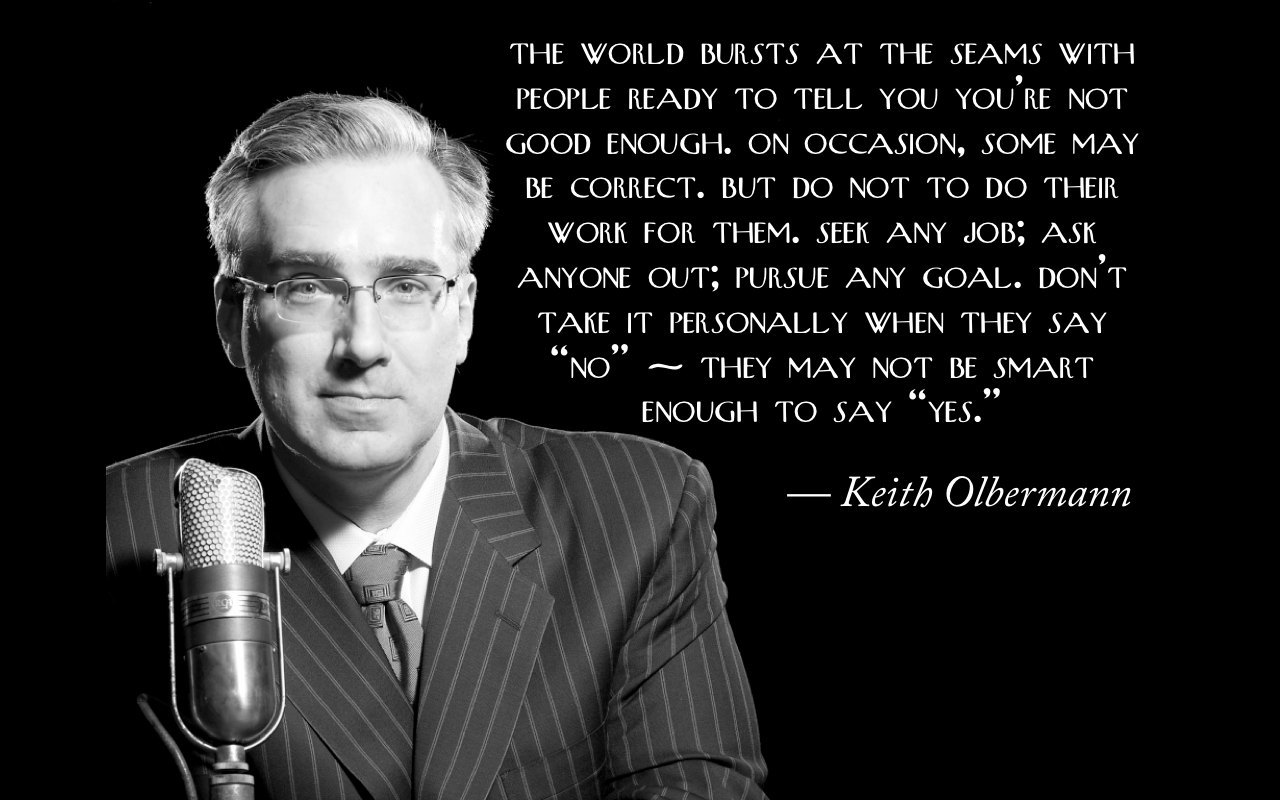 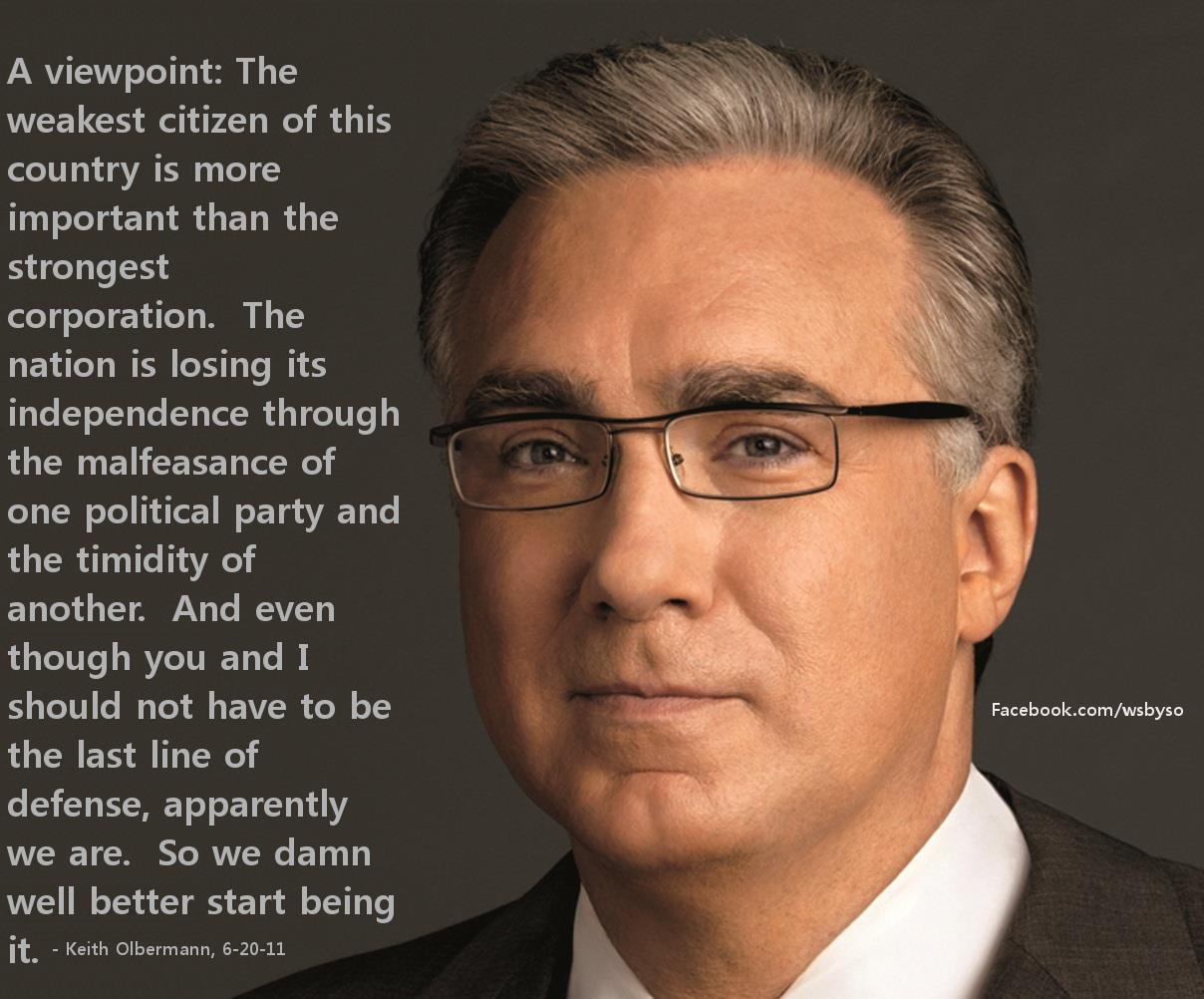 The corporation is one of the great unheralded human inventions of destruction. It is a way to absolve from any personal liability a bunch of people. They form together in a massive ID and they do whatever they want.

All the things that people like me supposedly don't do, I do.

As part of the process by which you hire me, you hire me. You just don't hire an hour of me to do a performance.

Fox News is hated because they're elitists, and the worst winners television's ever seen.

I can't think of an instance at MSNBC where anything I said on the air was influenced by what was going on behind the scenes.

I guess the painkillers wipe out your memory along with your ethics.

I stand up to people.

I'm a natural management guy. I had forgotten that. And I forgot how much I hate it.

I'm difficult for management. That's why I have the reputation because nobody challenges management.

I'm not an anarchist. I believe in government.

Our country is wounded and bleeding now if we don't know whether or not habeas corpus exists.

Reagan's dead, and he was a lousy President.

At Current, television is all we do - that's our business. We don't have amusement parks I have to worry about, we don't have environmental cases against us, we don't have a series of outdoor-advertising companies.

I have achieved what I wanted to achieve. I'm better off at some sort of independent place where they not only like what I produce but also trust me to be the one to produce it.

Once the Republicans get rolling, they assume they're going to win everything. They are zealots, and zealots assume the last five percent of whatever their plan is will be taken care of by their own greatness or momentum or divinity.