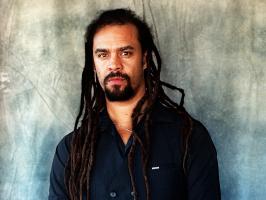 See the gallery for quotes by Michael Franti. You can to use those 8 images of quotes as a desktop wallpapers. 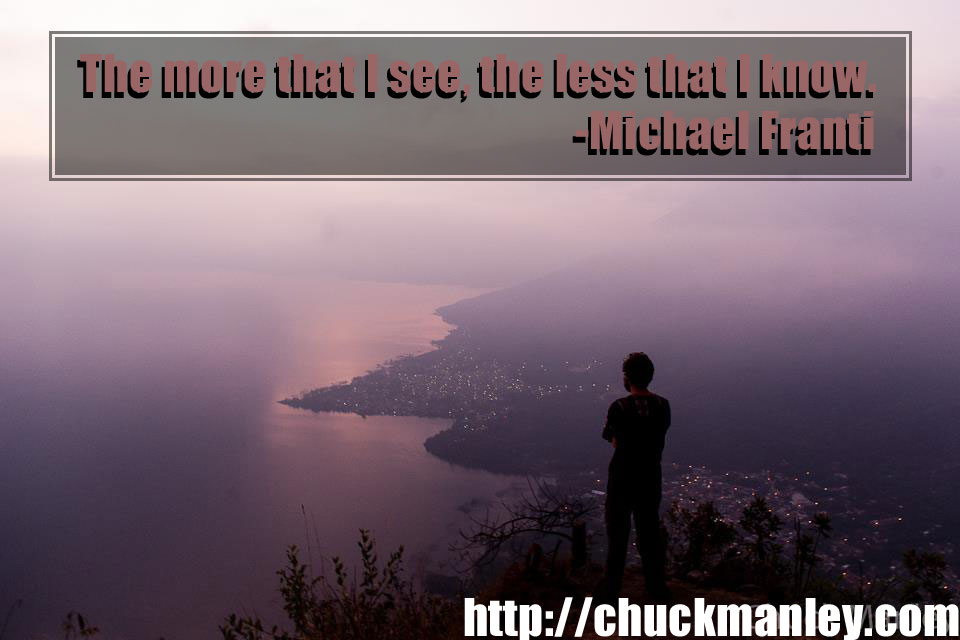 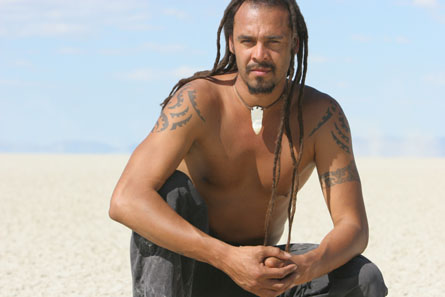 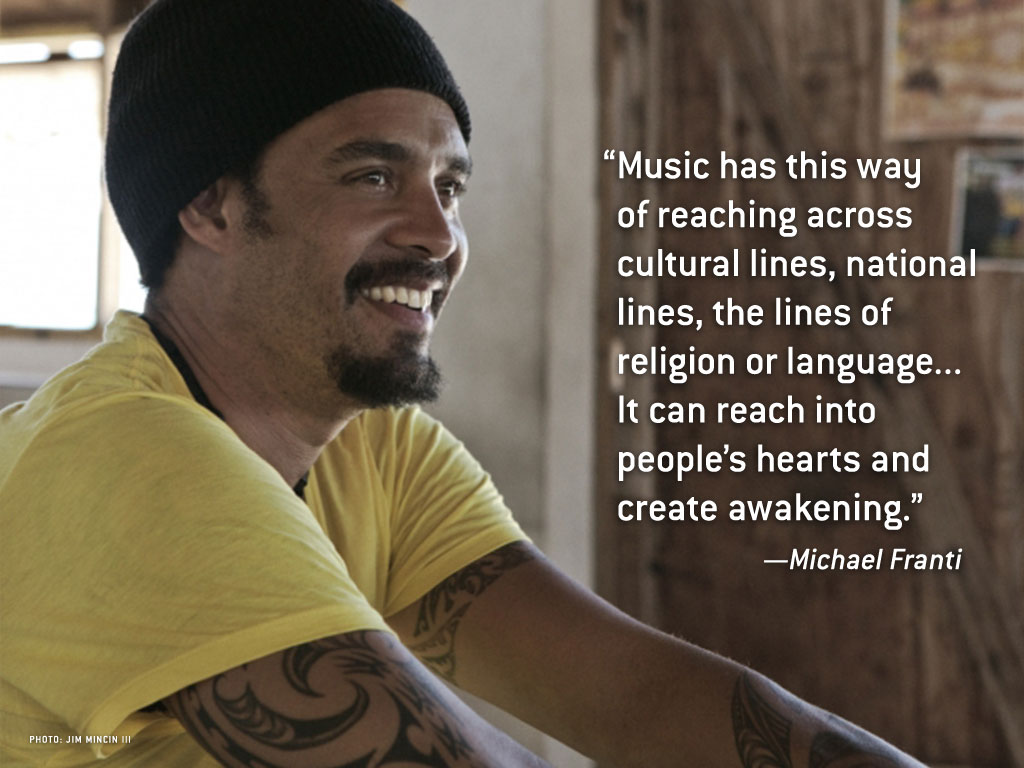 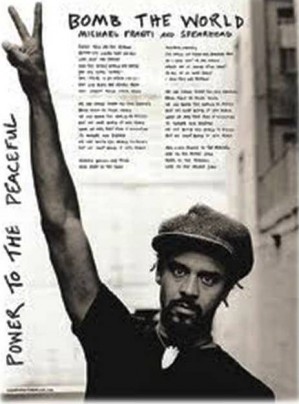 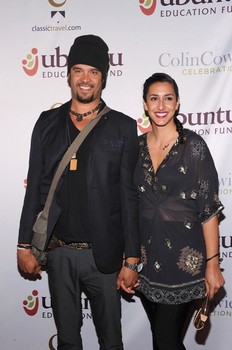 To sit back and say, 'Oh, we're going to let the government do whatever they want, right or wrong,' is giving up.

When I first started out, I thought it was enough to make an angry song that pointed out the problems of the world.

When you're in Jamaica, unless you're in a tourist spot, you don't hear Bob Marley; you mostly hear dance hall music.

After a show, I'll get the 16-year-old white kid whose lip is pierced, his head is shaved and his parents hate him, and the young gangster from the screwed-up 'hood, and they say that now they realize there's someone out there who thinks like they do.

Bonnaroo has kind of become the granddaddy of all American festivals. The thing I love about it most is that it wasn't born out of picking the top ten bands off the Billboard chart and creating a festival around it.

Collectively, we activists are essential to advancing U.S. policy to help empower marginalized people to lift themselves and their communities out of poverty for good.

I went to the University of San Francisco on an athletic scholarship. I didn't study in high school. I was just there to get by and to play basketball. But a funny thing happened to me when I got to college. I got challenged by the work and the professors.

I'm not an idealist. I know we're not going to be living in a world that's peace and love all the time. But we can live in a world where we kill each other a lot less.

If we do not change our negative habits toward climate change, we can count on worldwide disruptions in food production, resulting in mass migration, refugee crises and increased conflict over scarce natural resources like water and farm land. This is a recipe for major security problems.

Jamaica's a country of great dichotomy. On the one hand you have a tourist industry with great beaches and resorts, but on the other you have such great poverty and the violence that goes along with that.

Johnny Cash was a rebel, not only just in the musical sense, but he was somebody who was for the people, and an advocate for labor, for workers, for prisoners, people who have been trapped by the criminal justice system.

Music is sunshine. Like sunshine, music is a powerful force that can instantly and almost chemically change your entire mood. Music gives us new energy and a stronger sense of purpose.

My mother birthed three children and she adopted myself and another African-American son. My adoptive parents were Finnish. I grew up in a white picket neighborhood.

My parents said sticks and stones will break your bones but names will never hurt you. But I always felt a sense of exhilaration after a fight; it was the names that really hurt me.

Playing on the streets of Iraq, or in Israel or the Gaza strip, I'd sing angry protest songs against war. People would say, 'Make us clap, make us dance, and laugh and sing.' It really made me think about the importance of happy music.

The corporate media is there to push the agenda of the sponsors, and many of those sponsors are weapons manufacturers. So it stands to reason that you won't get a diversity of opinions on television.

The rap community has been singled out as more homophobic than other groups, but I don't think that's right. It's homophobic, all right, but no more so than the heavy-metal community or the Hollywood community or any other community.

There are so many things to be worried about, and I wanted to make a record that people could put on, and it would lift them up the way the sun did for me each day.

All the freaky people make the beauty of the world.

Every single soul is a poem.

We can bomb the world to pieces, but we can't bomb it into peace.

Power to the peaceful!

During my travels in Iraq, Israel, Gaza, Brazil, Indonesia, Japan, Europe and all over the United States, I have seen and heard the voices of people who want change. They want the stabilization of the economy, education and healthcare for all, renewable energy and an environmental vision with an eye on generations to come.

Much more quotes by Michael Franti below the page.

Music has the power to bring people together like no other art form.

Sometimes the hardest thing to do is just to stay human.

Today we are in a war against war - music is our power.

History shows that Americans believe in doing the right thing.

I don't know if music can change the world overnight but I know that music can help someone make it through a difficult night.

I drive a hybrid. It's a Ford Escape. That's my only car.

I think my soul is intact, but my methods of reaching people are completely different.

I'm a news junkie who's constantly reading newspapers and magazines. I look around and see what's happening in the world.

I'm always trying to find optimistic ways to express myself.

I've always found that the poorer the places that I go, the more smiles I see, and the more happiness I see.

Investing now in safe-guarding people by helping them to adapt to climate change, will help save money and lives while building resilience.

It really is a strange time we're living in, when saying 'Don't kill people' is considered a radical point of view.

No life's worth more than any other, no sister worth less than any brother.

People underestimate the hip-hop audience and the capacity to understand politics when it's part of music.

San Francisco has always been a haven for misfits and weirdos. I'm both of those, which is why I came here.

Tags: Both, Here, Why

The music industry has been hijacked by corporate interests, but the way music affects people and resonates with them hasn't changed.

The U.S. has historically been the world's largest contributor to climate change.