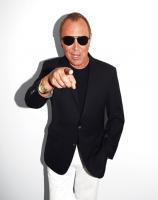 See the gallery for quotes by Michael Kors. You can to use those 8 images of quotes as a desktop wallpapers. 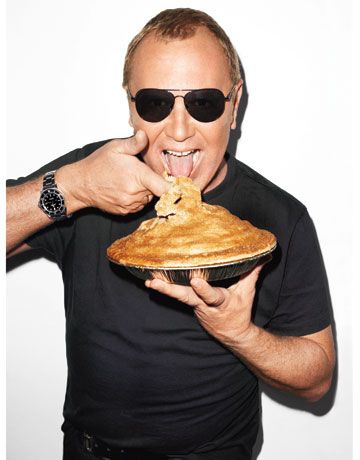 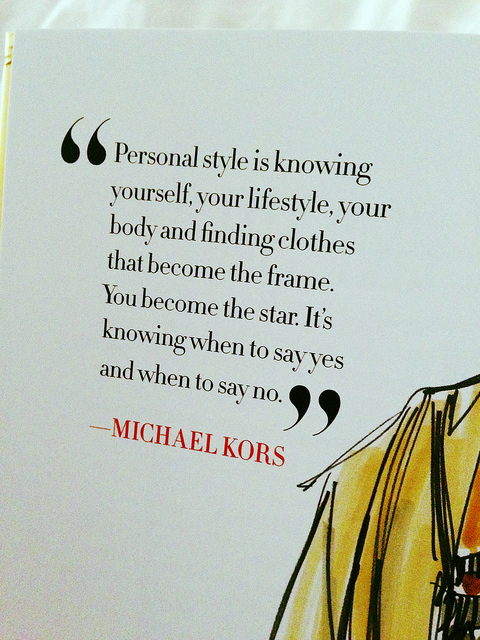 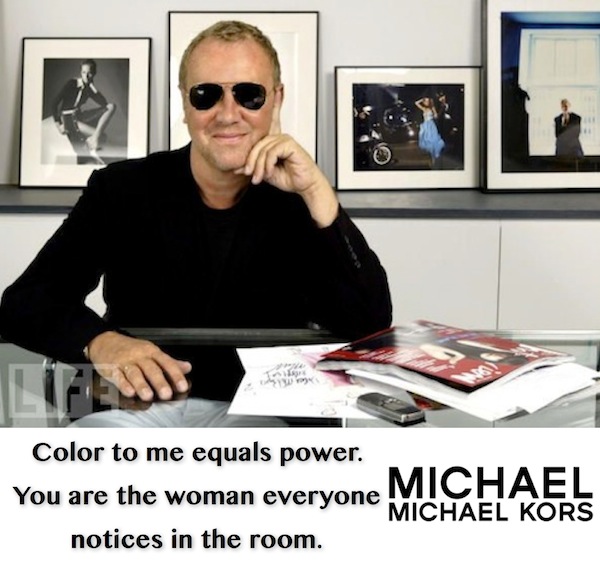 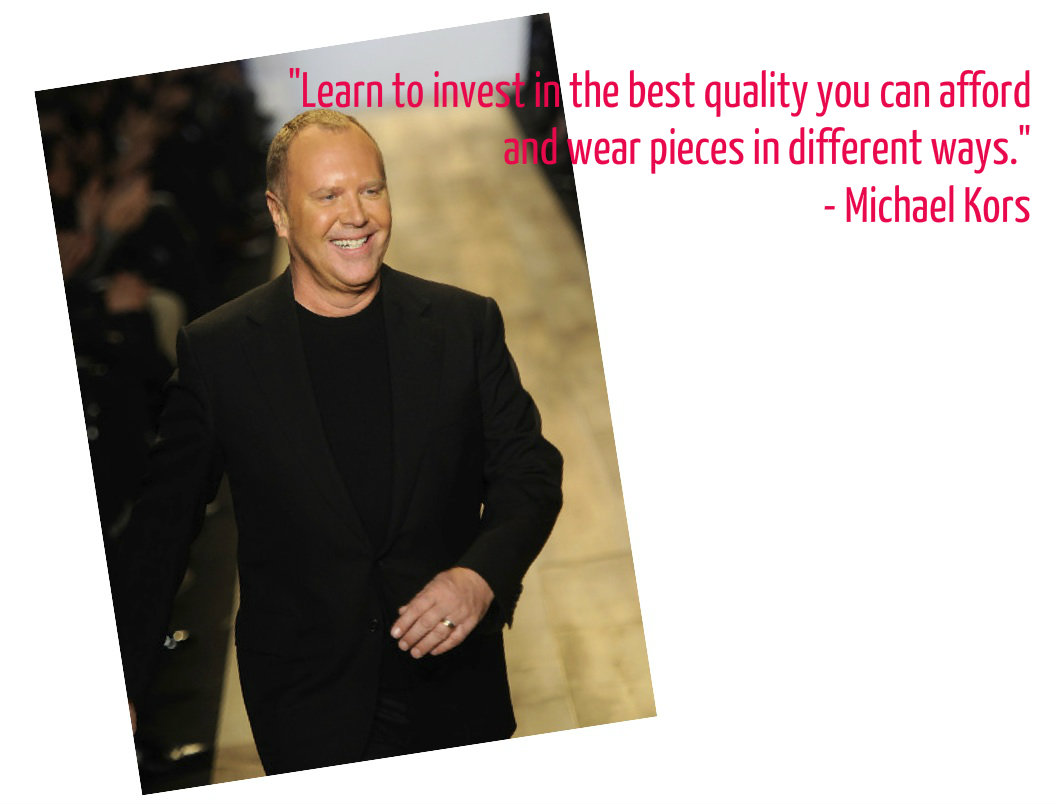 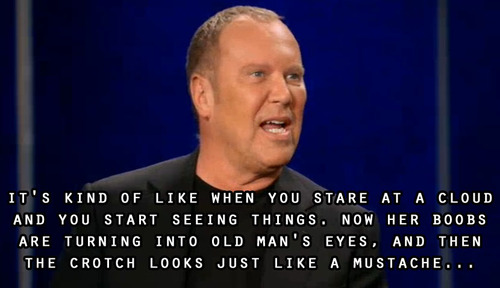 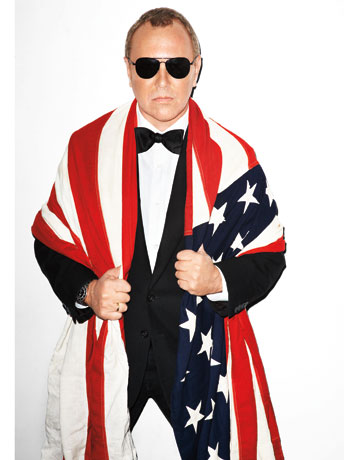 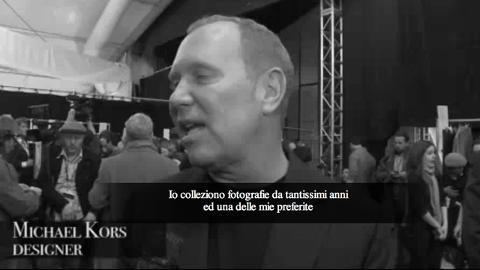 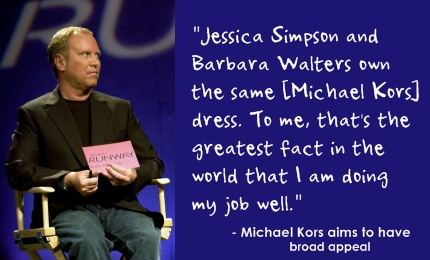 American women often fall into the trap of, 'Oh, these are my weekend clothes. These are my work clothes. This is what I wear at night.' It's so old-fashioned.

I wear the same thing every day. I always pack two black jackets, loads of black T-shirts, loads of white jeans. I feel a little fresh and glamorous and graphic.

My legacy would be that you don't have to give up anything. You can be chic but have a sense of humor, you can be sexy but comfortable, you can be timeless but fresh.

The biggest lesson that I've learned is that fashion is this tightrope where you have to be consistent but inconsistent. You need the connective thread but at the same time you need a sense of surprise.

There are two kinds of designers: ones who are very happy locked in their office surrounded by their coterie. The last thing they need to do is to go to a trunk show; they'd go running for the hills. I not only enjoy it, I think, how do you design things that are applicable to life - unless you live it?

There's a whole generation of women who never really heard the word investment before, when it came to fashion. They've been buying things because they were cheap.

When you try on something, you have to ask yourself, 'How many ways could I wear this? Could I wear it to work? To dinner or drinks? Will it span the seasons' If you have to think too hard about those questions, then skip it.

Because of what's going on with the economy, I think women are realizing that maybe they don't need a closet full of clothes. They just need the right clothes.

North Americans as a whole need to embrace having clothes altered to their body. I hear it all the time: why do the Europeans always look so good? They have a relationship with their tailor and spend the time and money to make their clothes look their best.

Clothes are like a good meal, a good movie, great pieces of music.

When I was a kid, I was trendier. I'd wear anything. I was in love beads and platforms.

I think the older I get, the more I realize that the ultimate luxury is time.

I grew up surrounded by these tough, ballsy, strong women. They were also adoring women, but they were the kind of women who would argue over what kind of pants you were wearing or the color of your nail polish.

A man in a well tailored suit will always shine brighter than a guy in an off-the-rack suit.

For me, true luxury can be caviar or a day with no meetings, no appointments and no schedule.

Give me Caviar Kaspia and give me a hamburger. I love the two extremes.

I am the oldest young designer in New York City.

I can sketch up a storm, and I'm very involved in how clothes are constructed, but I have a short attention span.

I can't dance and I can't sing too well.

I don't even think of going to Europe as going to another country now.

I grew up in a family of people who were obsessed with fashion.

I know what women look good in. I don't think the rules ever change.

I think a lot of women have too many mini skirts in their closets.

I wasn't Barbie-obsessed. I think my mother might have been my Barbie.

In the '80s, it got to the point where we'd have shows with a hundred looks. You'd want to order a pizza before it was over!

Much more quotes by Michael Kors below the page.

Learn to invest in the best quality you can afford and wear pieces in different ways.

My apartment looks like no one lives in it.

People always think that designers hate each other. And we're certainly a competitive lot, but we also enjoy each other's company.

People want to look taller and thinner. No one says, 'Ooh! Let me buy that dress because it makes me feel matronly!'

The '90s will be looked back on as ushering in an era of comfort.

Money flows into the US, and inflates US assets, and allows the US to have a monstrous trade deficit. That means we are consuming more than we are producing.

More and more surveys in the US are indicating a change in values taking place among consumers, who become more concerned about quality of life, food, health and the environment.

Moreover, statistics can be deceiving: the growth of jobs in the US in the 90s was due to many part-time jobs, with no benefits and generally low pay.

My own experience in the third world was that even if people started to make more money, the cost of living and housing increased often faster than the wages.

Not exclusively, but the bulk of our local economy should be covered by local currencies, which is more efficient than having global currencies which lose connection with reality in the markets, shops and communities of the people.

The EU will face problems similar to the US: an increasing gap between the citizens and decision makers in Brussels and a perceived or even real lack of democracy.

The first principle of the market economy is that it is comprised of many small buyers and sellers, which implies a substantial degree of equity. Another fundamental market principle is that costs are internalized in the producer's price.

There is a huge shift taking place in the global awareness in the last 5 years with strong views about globalization and the power structures of major corporations.

As long as you have a system that is based on the rational that if you are making money you are thereby making a contribution to society, these financial rogue practices will continue.

Capitalism and the market are presented as synonymous, but they are not. Capitalism is both the enemy of the market and democracy.

Money is a mechanism for control.

There are actually very few US politicians who have integrity and vision.

Europeans say they are proud of their social fabric, of strong rights for workers and the weak in society.

If I would need to make a prediction I still believe Kaplan's scenario is very plausible.

If you look at the US economy over the last 15-20 years wages have been stagnating or even declining.

In the US, most progressives start to see the differences between internationalism and economic globalization.

It is interesting to note that the 200 richest people have more assets than the 2 billion poorest.

Money is not wealth. Money is a claim on wealth.

More humane societies are usually smaller, like the Scandinavian countries and Holland, where it is much easier to reach consensus and cooperation.

My claim is that we do not have a market economy, but a capitalist economy.

The professional study of economics has become ideological brainwashing. It is a defense of the excesses of the capitalist system.

There is no visible sign that the current politicians in the US are willing to see the need for change.

Wall Street sees a social fabric or social contract as inefficiencies, which need to be removed.

We should be moving toward local currencies not global or European currencies.

And each of these perspectives comes to the same conclusion, which is that our global economy is out of control and performing contrary to basic principles of market economics.

But in the past, US companies have been able to increase their profits through downsizing in the US, through colonizing other people's resources, and through the increase of globalization.

But we can also take the radical view that the test of an economy has to do with the extent to which it is providing everybody with a decent means of living.

Capitalism is not about free competitive choices among people who are reasonably equal in their buying and selling of economic power, it is about concentrating capital, concentrating economic power in very few hands using that power to trash everyone who gets in their way.

If you look internationally over the last 50 years there have been improvements in the third world, but in the last 20 years the reverse has happened, with debt crises and increased poverty.

It will take some time before a politician will capture the imagination of the American people and have the vision and understanding to do what is necessary for a better future for the people of America and the world.