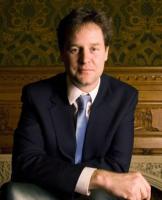 See the gallery for quotes by Nick Clegg. You can to use those 8 images of quotes as a desktop wallpapers. 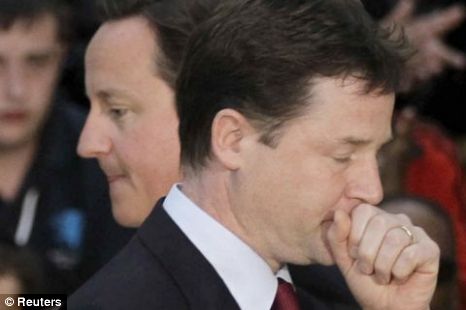 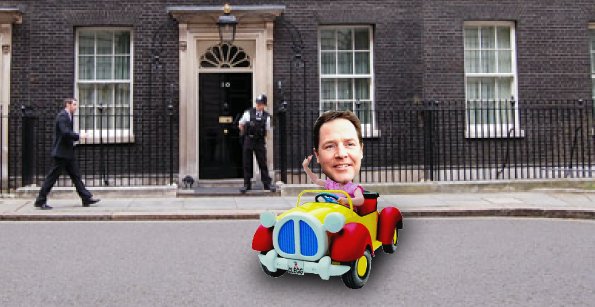 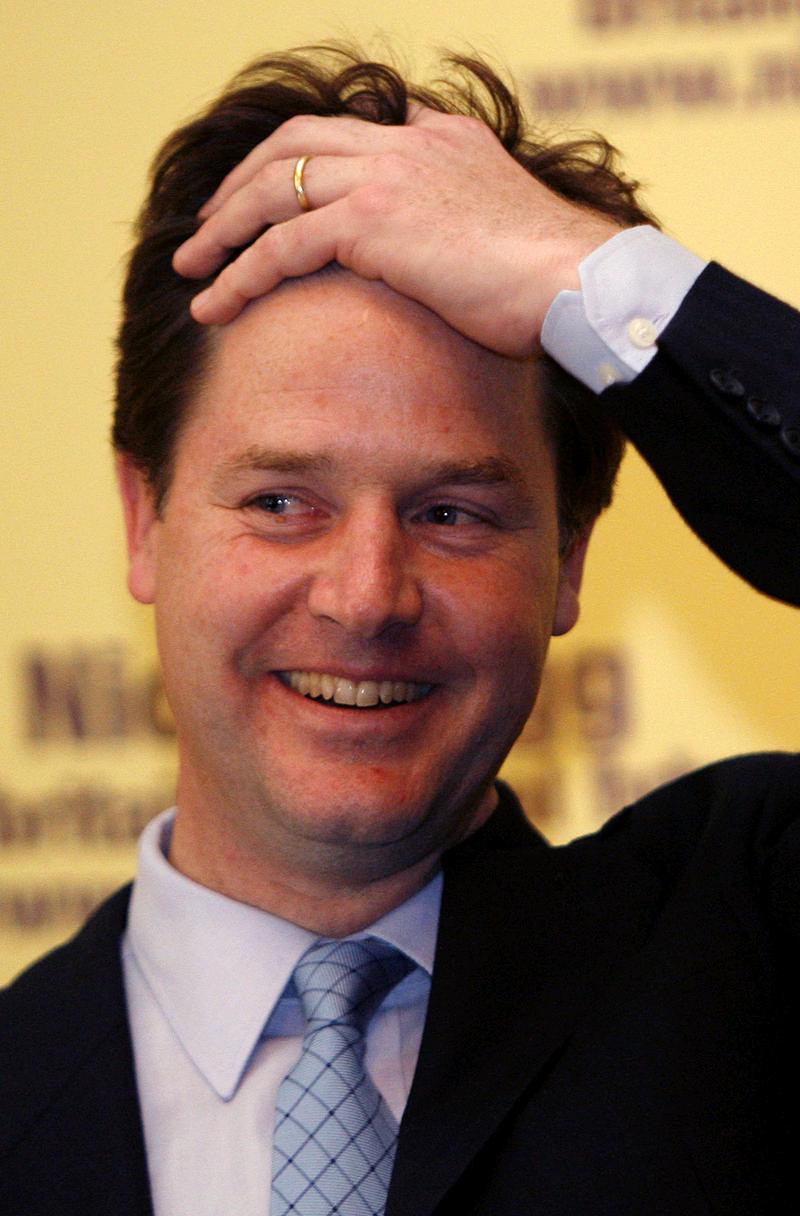 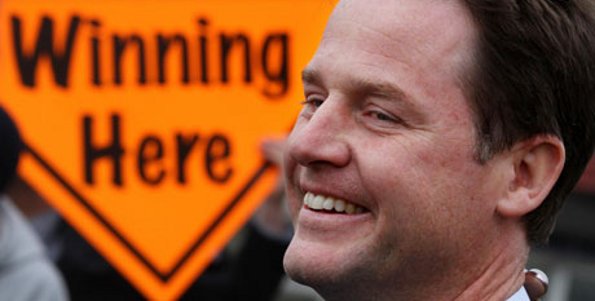 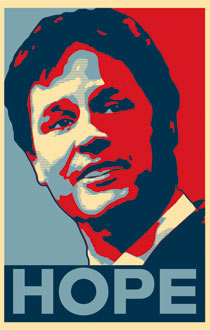 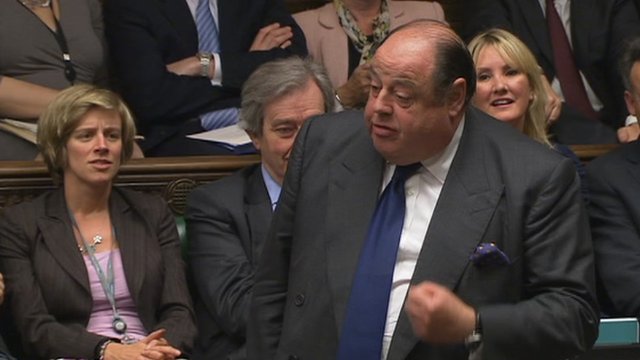 I totally accept that it's a legitimate criticism that when you are involved in the day-to-day scrum of government... that what can get lost is the narrative, the hymn sheet... the song that inspires and lifts people's sights.

I will not accept a new wave of fiscal retrenchment, of belt-tightening, without asking people at the top to make their contribution, to make an additional contribution. I don't think you can ask people on middle and low incomes, who, after all, are the vast majority of the British population, to bear the brunt of this adjustment.

I wish more people knew that the only one of the three main parties where not a single MP flipped from one property to the next, and not a single MP avoided capital-gains tax, where every single London MP did not claim a penny of second-home allowance, was the Liberal Democrats.

I would be open about the fact that, clearly, politicians should be able to speak to each other. David Cameron doesn't seem to accept this, but if the British people have voted then of course you have to try and provide good stable government.

I've just been away for a week, and I dropped my BlackBerry in the sea while I was messing around with the kids, so no one can reach me. Blissful. I heartily recommend it.

If the euro zone doesn't come up with a comprehensive vision of its own future, you'll have a whole range of nationalist, xenophobic and extreme movements increasing across the European Union. And, frankly, questions about the British debate on EU membership will just be a small sideshow compared to the rise of political populism.

If there's one thing I'm not going to apologise for as the leader of the Liberal Democrats in government after 60 or 70 years of being out of government, it's that you just cannot avoid but deal with the world the way it is.

If you scratch below the surface and ask what really makes me tick, it's the liberalism of trying to promote freedom and opportunity. Promoting social mobility is one of the keys to that.

Joining the Liberal Party was a no-brainer for me... And when you are a young man, you don't get a calculator out saying, 'Am I going to get to power?' You get propelled forward by idealism.

Most of what needs to be changed in the euro zone can be done without treaty changes. The demand for treaty change is as political as it is legal and I don't think it's going to happen soon.

Most people in this country are very fair-minded; they understand we're in the middle of a very difficult journey of repairing, rescuing, restoring our British economy, and they want us, and they want particularly Liberal Democrats in government, to fight for the fairest possible way of doing that.

The caricature of what George Osborne is doing on the fiscal side is absurd. If you read some of the commentary, particularly from the left, you would think he was turning the clock back to the 1930s.

The choices politicians make must be based on values - not an arbitrary, axe-wielding approach to public spending or a dismal exchange between Gordon Brown and David Cameron about percentages that sounds like an argument between different book-keepers.

The Conservative Party is not honouring the commitment to Lords reform and, as a result, part of our contract has now been broken. Clearly I cannot permit a situation where Conservative rebels can pick and choose the parts of the contract they like, while Liberal Democrat MPs are bound to the entire agreement.

The UK is not going to leave the European Union. Of course not. We are inextricably wound up with Europe. In terms of culture, history and geography, we are a European nation.

Tony Blair and Gordon Brown committed to John Major's spending envelopes in 1997. No-one said that Tony Blair and John Major were identical. This happens quite often that parties actually, despite all the sound and fury, agree on the overall need to make sure that we live within our means as a country.

Voters tell politicians what they want through the ballot box. Constantly second-guessing them by speculating whether the parties should gang up on each other misses the point.

We are keen to stress that a strong euro zone is good for a strong United Kingdom. It's not for us to write the changes that the euro zone needs to embark on.

We have got to make sure there is proper independent scrutiny and accountability for people in the press, just as there should be in any other industry where things go wrong. But let's not try and think it is for politicians or governments to tell people what they stick in newspapers. That is deeply illiberal.

Much more quotes by Nick Clegg below the page.

What I hope is in five years' time, I can go to the British people in the election and say: Lots of you doubted that coalition politics worked, but it has worked.

You have a political and media elite who have an idiom by which they describe politics. It's highly, highly polarised. It's right, left, red, blue, up, down, victorious, crushed.

You've got some very powerful countries: Poland, the United Kingdom, Sweden and others who have a genuine desire to see the euro zone straighten itself out. It's good for all of us, whether you're in the euro zone or not, to make sure that it doesn't lead to a fracturing.

For far too long the world's poorest people have seen no benefit from the vast natural resources in their own backyards. It is time to end the injustice where ordinary people are silent witnesses, left to suffer without basic services, as the profits from their countries' assets are hidden and plundered by corrupt regimes.

When I became leader, I made very clear I was not going to choose the easy life. I have always taken risks. I don't like comfort-zone politics.

Do I get up every morning and ask: am I doing the things that I believe in and am I doing them for the best possible motives? Yes. Unambiguously yes.

Actually, the curious thing is that the more you become a subject of admiration or loathing, the more you're examined under a microscope, the distance seems to open up between who you really are and the portrayals that people impose on you.

One thing I have frankly decided is that when it comes to political reform we have two conservative parties in British politics. Both the Labour and Conservative parties have constantly and repeatedly failed to honour promises they have made about reforming, cleaning, modernising our clapped-out system.

Any government, of whatever composition, needs to mobilise opinion way beyond its own ranks in order to do the difficult things that it does.

I am quite strict as a dad but I don't want to be censorious.

I think that the days when newspaper barons could basically click their fingers and governments would snap to attention have gone.

I'm very lucky. I am one of those people who is able to go home, shut the front door and completely focus on the kids.

My head spins. One moment I'm told I'm too edgy, then people say I'm too angry, then that I show too much passion... make your minds up.

Politics is a highly tribal business.

The Labour Party has become consumed by collective bile towards... the Liberal Democrats. That portrays a rather nasty arrogance.

What we should be doing in the EU as a whole is more economic integration in the single market, rather than less.

Although I am a young leader, I actually came to it strangely quite late. I have a different perspective, partly because of my family, partly because of what I did for ten years: negotiating trade deals, working out in Central Asia doing assistance projects.

Grown-up politicians talk to each other across party lines. Over the last few weeks I have had lengthy conversations with Ed Miliband, David Miliband, with Tony Blair, with Peter Mandelson... talking about Europe, talking about political reform.

I am a passionate believer in freedom of speech. I would not support anything which would impinge on aggressive robust freedom of the British press, but when things go wrong and there has been outright illegality, there should be proper accountability.

I didn't become leader to transform the Liberal Democrats into an enlarged form of the Electoral Reform Society. It's not the be all and end all for us. There are other very, very key ambitions in politics, not least social mobility and life chances, that I care about as passionately if not more.

I don't even pretend we can occupy the Lib Dem holier-than-thou, hands-entirely-clean-and-entirely-empty-type stance. No, we are getting our hands dirty, and inevitably and totally understandably we are being accused of being just like any other politicians.

I don't lead a particularly Bohemian existence. The main criterion for me is not to be judgemental of other people so long as what they do is not harmful or offensive to others.

I don't want to clip on the armour every morning. I've seen some politicians do this and they get a bit mangled and bitter. I just refuse to do that. I refuse to be angry or bitter or complain, and I remain open. I may sometimes be a bit too open but I'm not going to change that one bit.

I don't watch a huge amount of telly. I read a lot. I'm reading at the moment 'Freedom,' by Jonathan Franzen, a great big brick of a book, and I'm loving it.

I have got instincts that, I think, are very much in tune with people's very keen sense to see something different. I did not dream of being in politics since I was knee-high to a grasshopper. I was not involved in student politics, or not in that partisan way.

I say this as a young dad seeing children going into primary school: I don't think we should underestimate the formative effect on a child of those first years in primary school.