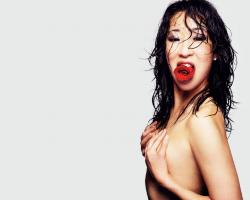 See the gallery for quotes by Sandra Oh. You can to use those 8 images of quotes as a desktop wallpapers. 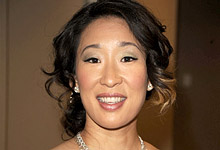 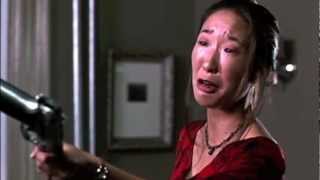 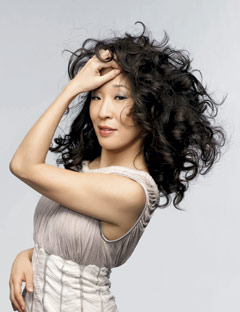 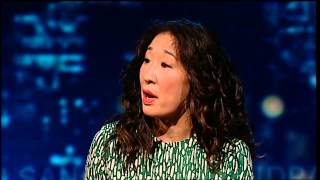 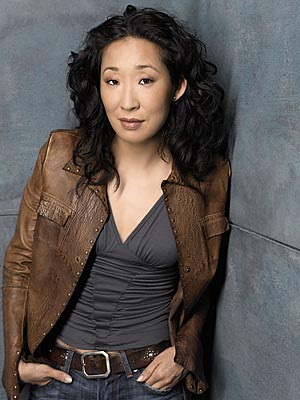 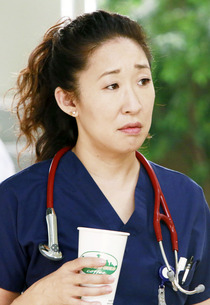 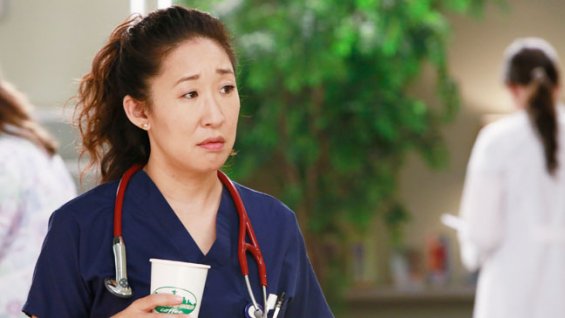 I think all women should learn how to strip. It's a really healthy, extremely challenging thing to do.

And on a Canadian set, everybody is equal. You get paid the same. You live together in barracks. You have a communal kitchen. You buy and cook your own food.

Tags: Everybody, Food, Together

Becoming an actor? If it's not a calling, don't do it. It's too hard.

I feel comfortable in places like London. You get many cultures in L.A. but it's strangely segregated.

I love my hair. When I was young it had weird kinks and cowlicks in it, but I just grew into it. You grow into a lot of things.

I was lucky on 'Arli$$.' I basically got to do whatever I wanted because HBO is great for that.

I'm not a slave to fashion; I'm into exercising my individuality.

If you have ever been to couples therapy it's really, really challenging.

The beginning of my career was so brilliant. It wasn't until ten years later that I went, 'Oh, that was a big, fat fluke and, boy, was I ever lucky.'

When your life changes and you become a more public person, in some ways you need to be a more closed person, you know?

Wherever Koreans are, they set up a church.

With small breasts, you don't have to wear a bra with dresses that have some support. It feels sexy without one.

You should see my house. It's sort of explosive. Like a crazy person lives there.

A lot of things that I can't get into the room for, even just to be seen, is because they're just saying 'No. they're not casting non-white.' You're lumped into a category with people who are just not white.

I can get a better role in TV and work more constantly than I can waiting around for my friends in Canada to call me every four years - which they do - and I go up there and play a leading role.

I don't get jobs in films by auditioning. I'm not blonde. You can't place me in movies the way you can with certain actors. It's very difficult for my agents.

I equate fame towards people who know your work, people who will see your work. But all that stuff, like with the Genies and stuff like that, it was so much fun. It's so much fun and it's nice when it comes, but that's not what it's all about.

I think the roles in television are better for women right now. At this point, I don't want to continue doing the same things I've been doing in film because it's very limited.

In many Asian households, to not go on to higher education, that's like a big no-no. I know my parents' discouragement was for my own protection, and I'm really close to them now, but they didn't understand that there is value in this. That's because they didn't know.

People ask me what I'm writing. They think I'm Sandra Tsing Loh. Or they ask about stand-up. 'No, that's Margaret Cho.' I really think there is this kind of glomming, that they think we are somehow all the same person.