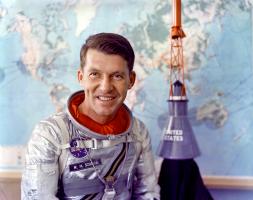 See the gallery for quotes by Wally Schirra. You can to use those 8 images of quotes as a desktop wallpapers. 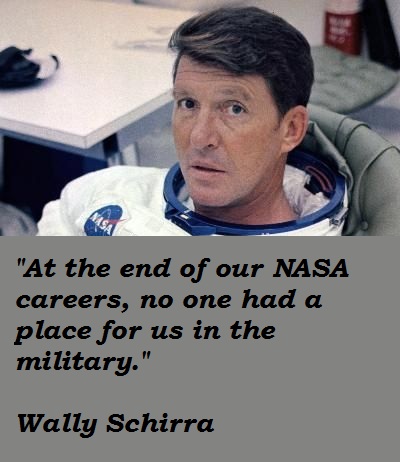 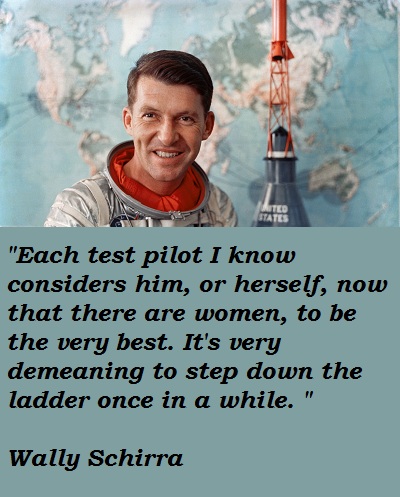 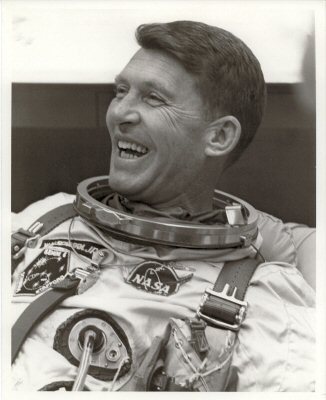 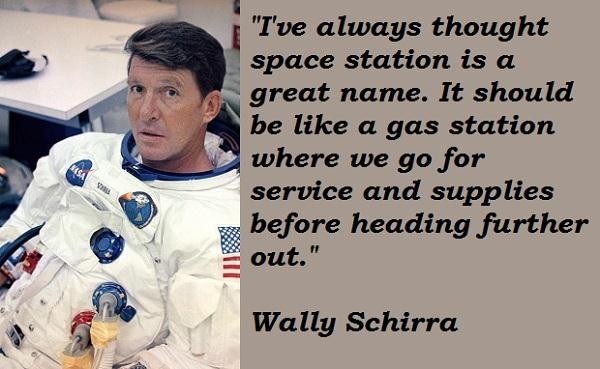 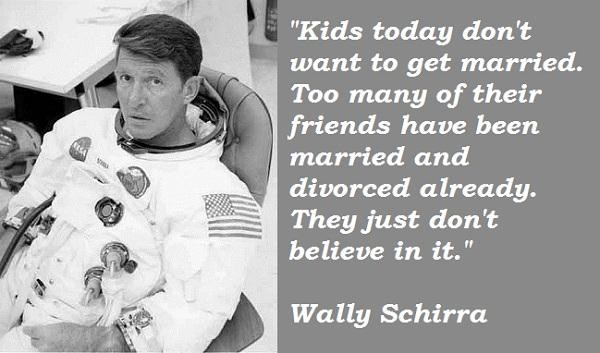 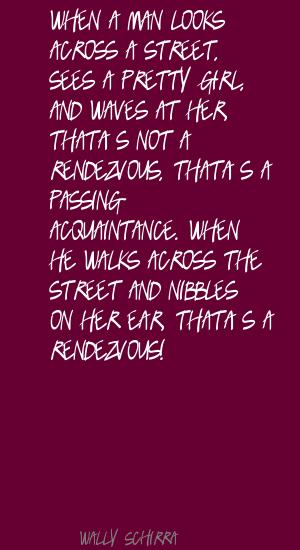 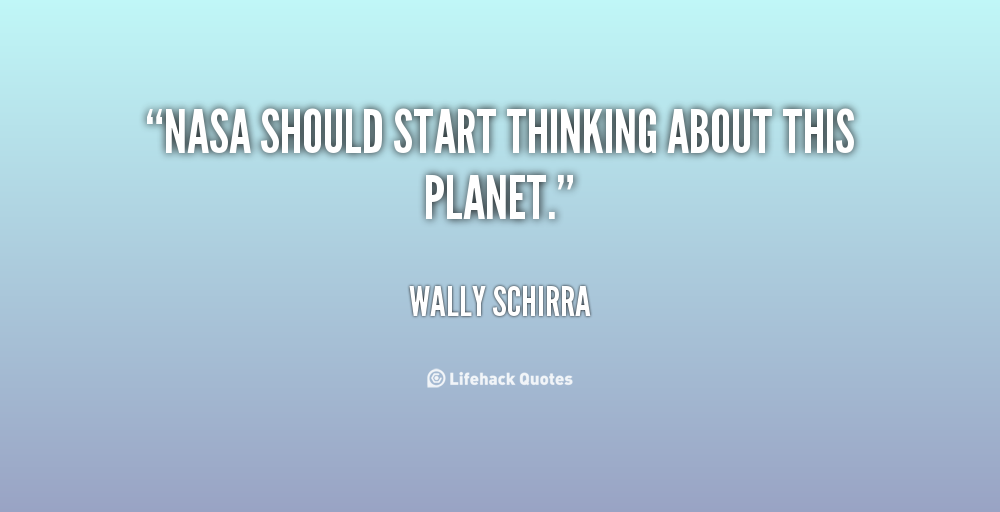 When a man looks across a street, sees a pretty girl, and waves at her, that's not a rendezvous, that's a passing acquaintance. When he walks across the street and nibbles on her ear, that's a rendezvous!

Each test pilot I know considers him, or herself, now that there are women, to be the very best. It's very demeaning to step down the ladder once in a while.

At the end of our NASA careers, no one had a place for us in the military.

He who commands an Apollo flight will not command a second one.

I played English football - soccer - instead of American football, because we couldn't afford the equipment.

I was told having a website would help me. I have yet to figure out why my life story needs to be on the web.

I've always thought space station is a great name. It should be like a gas station where we go for service and supplies before heading further out.

Kennedy had made a mess in Cuba at the Bay of Pigs. He had to do something to look good. The Apollo program of going to the Moon was quite a goal,.

Kids today don't want to get married. Too many of their friends have been married and divorced already. They just don't believe in it.

NASA should start thinking about this planet.

Some of the wives didn't keep up with the program. It started breaking apart during the Apollo days.

We spent a lot of time in simulators. We were going to do it right.

Another real problem was over putting our helmets on for re-entry, because we all had severe head colds. They couldn't come up there and make us. Houston, you have a problem!

Dad went to Canada to learn how to fly with the Royal Canadian Air Force. He took me on my first airplane ride, where I could have a hand on the stick.

I don't go along with going to Moon first to build a launch pad to go to Mars. We should go to Mars from Earth orbit. We have already been to the Moon; we've already practiced.

I don't think the space station will ever do anything for exploration. Putting people up there for a year or more is the only way you will get anywhere near the exploration concept.

I remember seeing war hero Jimmy Doolittle fly a Gee Bee racer there. He was my childhood hero. Many years later, I was lucky enough to go hunting with him.

I saw the booster, not Sputnik, flying by, and I said, maybe this is the way we should be going, not just sitting back waiting for something to happen.

John Glenn craved the publicity. I think even John would admit that. When he went into politics, that became pretty obvious! He knew how to do public relations.

When a test pilot comes off a flight, there is typically another pilot who is going to take it up, and he believes in the debriefing. You don't keep something to yourself.

Tags: Another, Keep, Yourself

When people have asked if I'd like to go in the Shuttle, I said you don't get to fly it, except for landing, which I'd love to do. I wouldn't go unless I could command it.