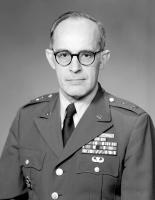 See the gallery for quotes by William Odom. You can to use those 8 images of quotes as a desktop wallpapers. 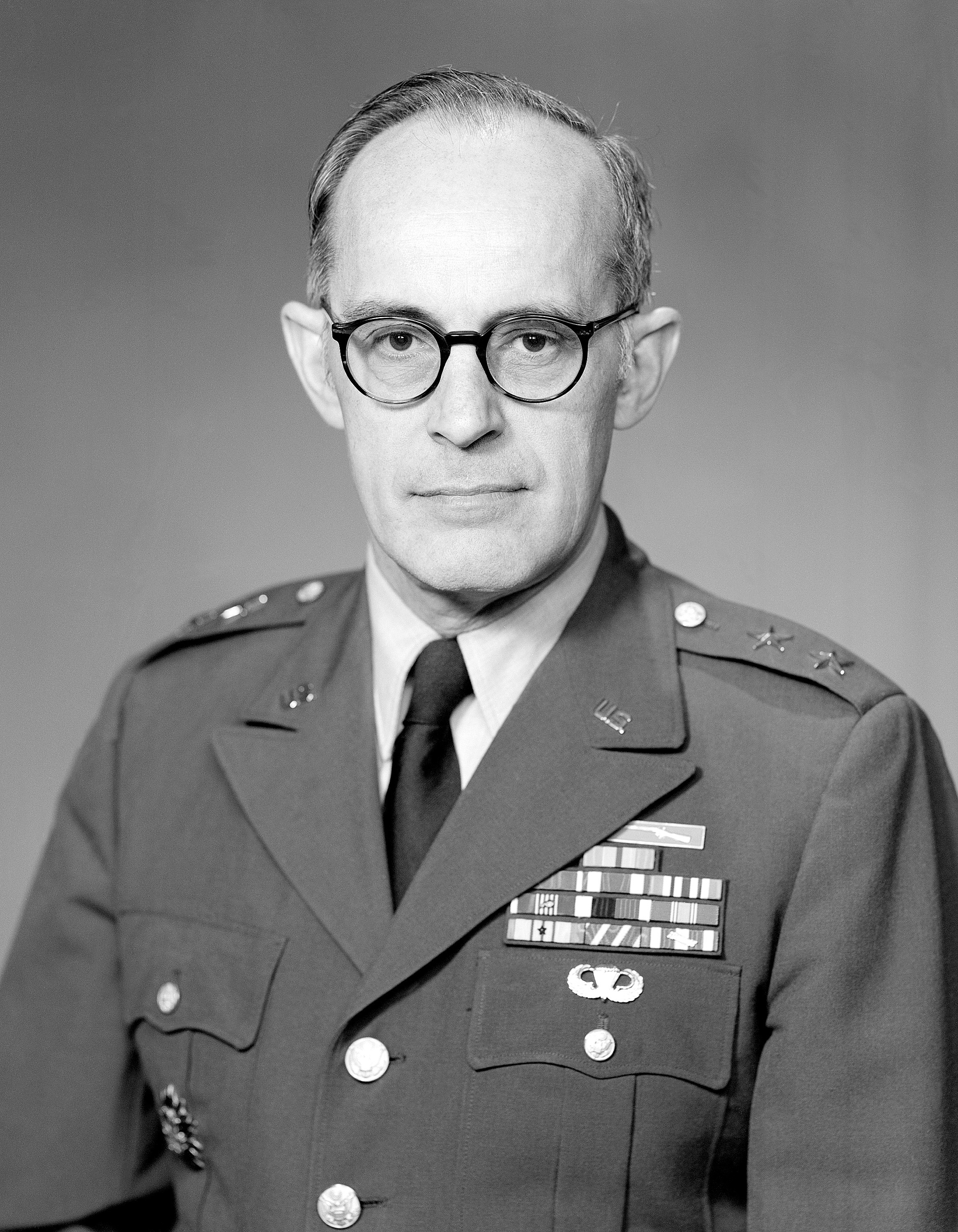 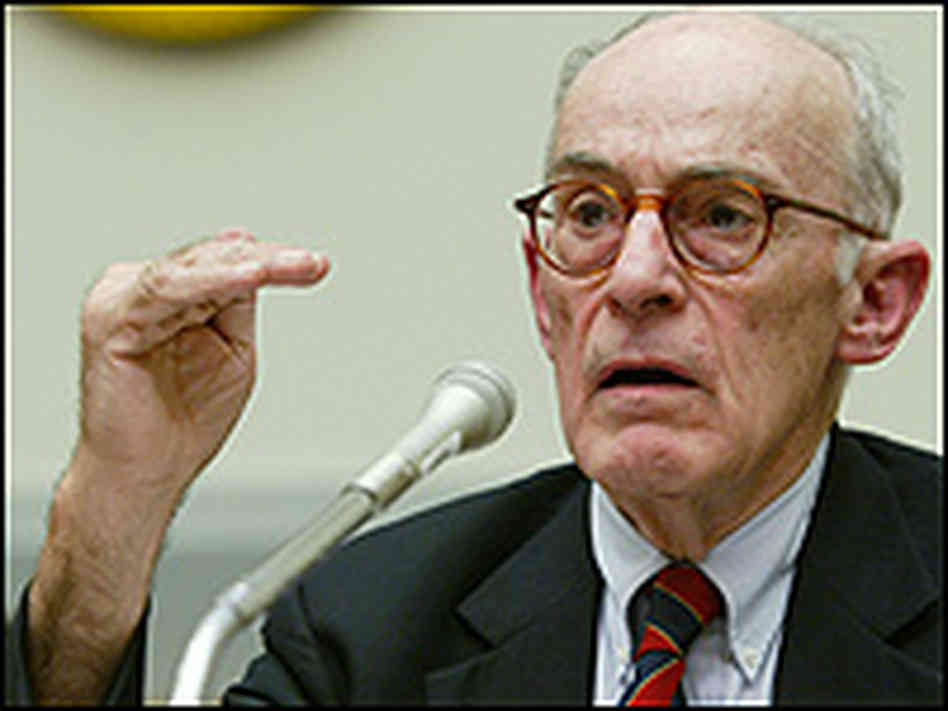 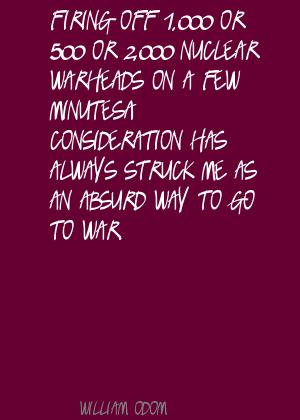 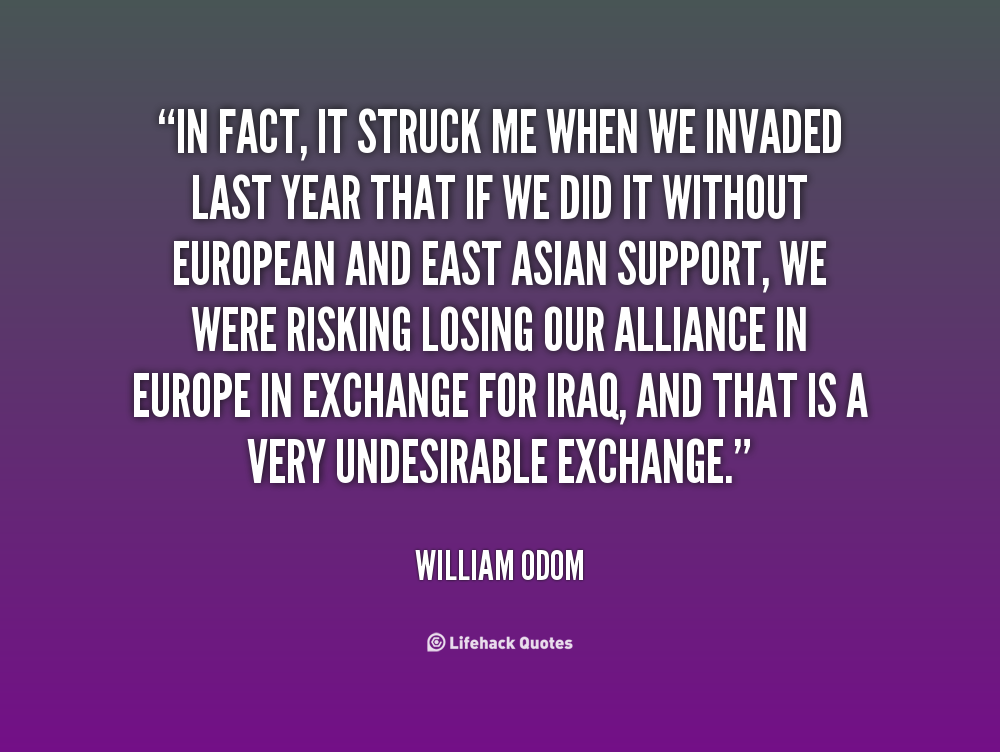 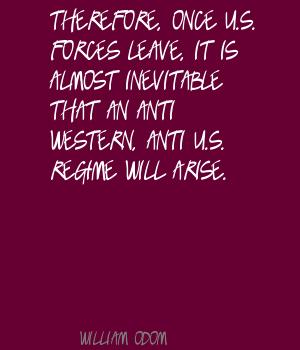 Once we destroyed the Saddam regime, we knew there was going to be a civil war.

The presidents I served under don't have anything to do with my politics.

Therefore, once U.S. forces leave, it is almost inevitable that an anti-Western, anti-U.S. regime will arise.

Also, General Zinni, who commanded central command, was very much opposed to the war in the first place, as I was. We were both quoted to that effect in February of 2003.

But I would make it unambiguously clear that we are going to withdraw, and if Iraq falls into civil war and if all these unhappy things occur, we're just going to have to accept them.

I don't think that the war serves U.S. interests. I think Osama bin Laden's interests and the Iranian interests are very much served by it, and it's becoming a huge drain on our resources both material and political.

I remember serving in Vietnam in that war, and many of us at the major Lieutenant Colonel, colonel level were frustrated that no one in the U.S. wanted to debate it that way.

I've decided that the political context is such that the only way reform will finally come about in the Russian military is that the deterioration goes beyond the point to which these old generals can stand up there and resist it.

In fact, it struck me when we invaded last year that if we did it without European and East Asian support, we were risking losing our alliance in Europe in exchange for Iraq, and that is a very undesirable exchange.

Military officers from different countries, when they meet each other, tend to sort of fall in love, become mutual admiration societies, at the expense of realities.

To say that you now trust the Russian military command and control system because some Russian general told you from the bottom of his heart that's the case, strikes me as most unrealistic.

We need to go to the niceties of approaching the U. N. and let them have a chance to take it over, but we should set some sort of date and begin to move out and leave it to whoever takes over.

We've already seen proliferation. We started it with Britain, then France. Then we benignly let the Israelis do it. The Pakistanis and the Indians have recently done it. The Chinese have nuclear weapons.

While people out there on the spot certainly have to be held accountable for what they've done personally, the chain of command responsibility for this strikes me as just as important and should be dealt with.

The reason why I found acting is because my father passed away. He passed away really young. I was going to go to med school. My father's dream was that all of his kids become doctors. I realized in school I didn't like it. When he died, it was like a wake-up call. Life is too short to do something you don't want to do.

Much more quotes by William Odom below the page.

I love that you can watch a film and 10 years later still be affected.

I think L.A. is beautiful.

I took acting classes in my senior year in college and I loved it.

I want to tell authentic, real stories with real characters.

My first audition was an open call and I had no picture and no resume - that's how clueless I was. I just thought I could show up.

That's what you want art to do, to open people up and start conversations.

There are conservative people in all colours in America.

At the end of the day, if I can say that I had a career where I was able to play all different kinds of characters and I'm known as someone who is well-respected for my approach to the craft, that would be a beautiful life.

You look up to your parents and you want them to accept you, and you don't want them to look at you in a negative light. So you do things to make them proud and accept you.