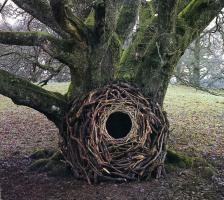 See the gallery for quotes by Andy Goldsworthy. You can to use those 8 images of quotes as a desktop wallpapers. 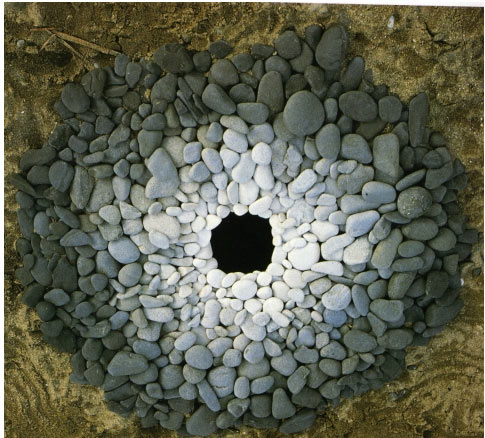 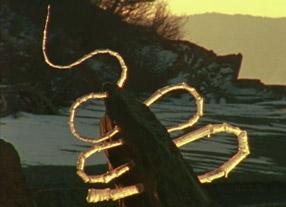 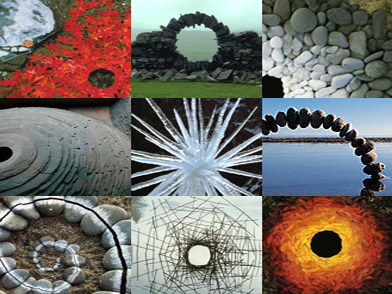 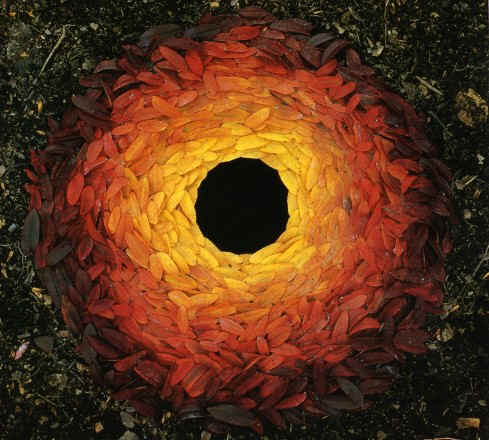 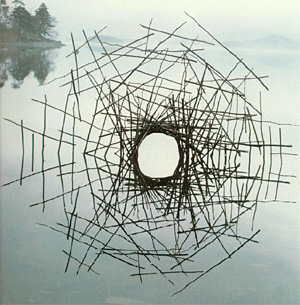 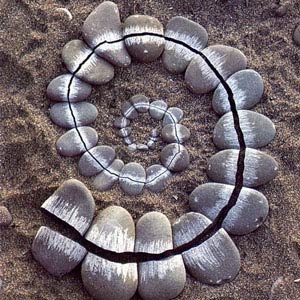 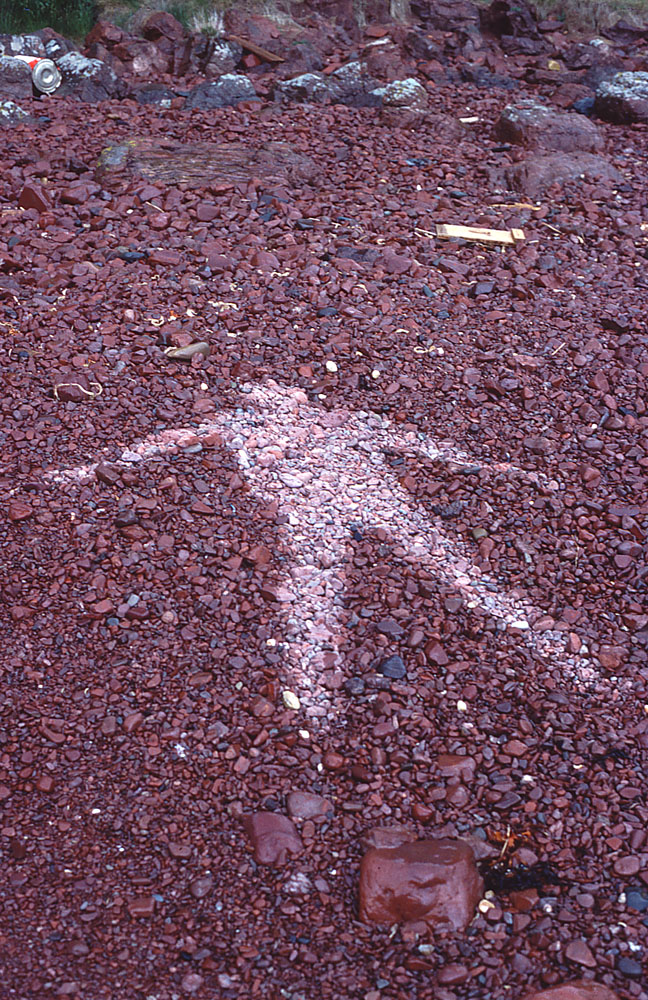 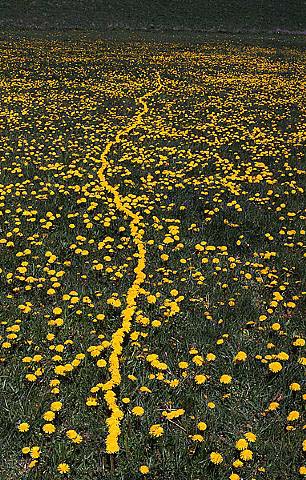 I have walked around the same streets so many times, and then seen a place that had been hidden to me. I now know the sites in a way that makes me think I could have made better use of the connections between place and snowball.

I have worked with this red all over the world - in Japan, California, France, Britain, Australia - a vein running round the earth. It has taught me about the flow, energy and life that connects one place with another.

I soon realised that what had happened on a small scale cannot necessarily be repeated on a larger scale. The stones were so big that the amount of heat required was prohibitively expensive and wasteful.

It takes between three and six hours to make each snowball, depending on snow quality. Wet snow is quick to work with but also quick to thaw, which can lead to a tense journey to the cold store.

Occasionally I have come across a last patch of snow on top of a mountain in late May or June. There's something very powerful about finding snow in summer.

People do not realise that many of my works are done in urban places. I was brought up on the edge of Leeds, five miles from the city centre-on one side were fields and on the other, the city.

Stones are checked every so often to see if any have split or at worst exploded. An explosion can leave debris in the elements so the firing has to be abandoned.

The first stone was just tried in the spirit of experimentation. The opening of the stone was far more interesting than the drawing that I had done on it.

The hardened mass of liquid stones had much stronger qualities than those which had simply torn. The skin remained a recognisable part of the molten stone.

The relationship between the public and the artist is complex and difficult to explain. There is a fine line between using this critical energy creatively and pandering to it.

The stones tear like flesh, rather than breaking. Although what happens is violent, it is a violence that is in stone. A tear is more unnerving than a break.

Three or four stones in one firing will all react differently. I try to achieve a balance between those that haven't progressed enough and those about to go too far.

Snow provokes responses that reach right back to childhood.

A snowball is simple, direct and familiar to most of us. I use this simplicity as a container for feelings and ideas that function on many levels.

Even in winter an isolated patch of snow has a special quality.

A stone is ingrained with geological and historical memories.

I enjoy working in a quiet and subversive way.

People also leave presence in a place even when they are no longer there.

Winter makes a bridge between one year and another and, in this case, one century and the next.

Tags: Another, Between, Makes

My art is an attempt to reach beyond the surface appearance. I want to see growth in wood, time in stone, nature in a city, and I do not mean its parks but a deeper understanding that a city is nature too-the ground upon which it is built, the stone with which it is made.

The difference between a theatre with and without an audience is enormous. There is a palpable, critical energy created by the presence of the audience.

Ideas must be put to the test. That's why we make things, otherwise they would be no more than ideas. There is often a huge difference between an idea and its realisation. I've had what I thought were great ideas that just didn't work.

Confrontation is something that I accept as part of the project though not its purpose.

Fire is the origin of stone.By working the stone with heat, I am returning it to its source.

I am not a performer but occasionally I deliberately work in a public context. Some sculptures need the movement of people around them to work.

Much more quotes by Andy Goldsworthy below the page.

I'm cautious about using fire. It can become theatrical. I am interested in the heat, not the flames.

It's frightening and unnerving to watch a stone melt.

Once the fired stone is out of the kiln, it is still possible to mentally reconstruct it in its original form.

Photography is a way of putting distance between myself and the work which sometimes helps me to see more clearly what it is that I have made.

Some of the snowballs have a kind of animal energy. Not just because of the materials inside them, but in the way that they appear caged, captured.

The early firings contained many stones.

The first snowball I froze was put in my mother's deep freeze when I was in my early 20s.

The reason why the stone is red is its iron content, which is also why our blood is red.

Abandoning the project was incredibly stressful after having gone through the process of building the room, installing the kiln, collecting the stones, sitting with the kiln day and night as it came to temperature, experiencing the failures.

As with all my work, whether it's a leaf on a rock or ice on a rock, I'm trying to get beneath the surface appearance of things. Working the surface of a stone is an attempt to understand the internal energy of the stone.