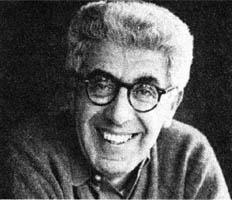 See the gallery for quotes by Barry Commoner. You can to use those 7 images of quotes as a desktop wallpapers. 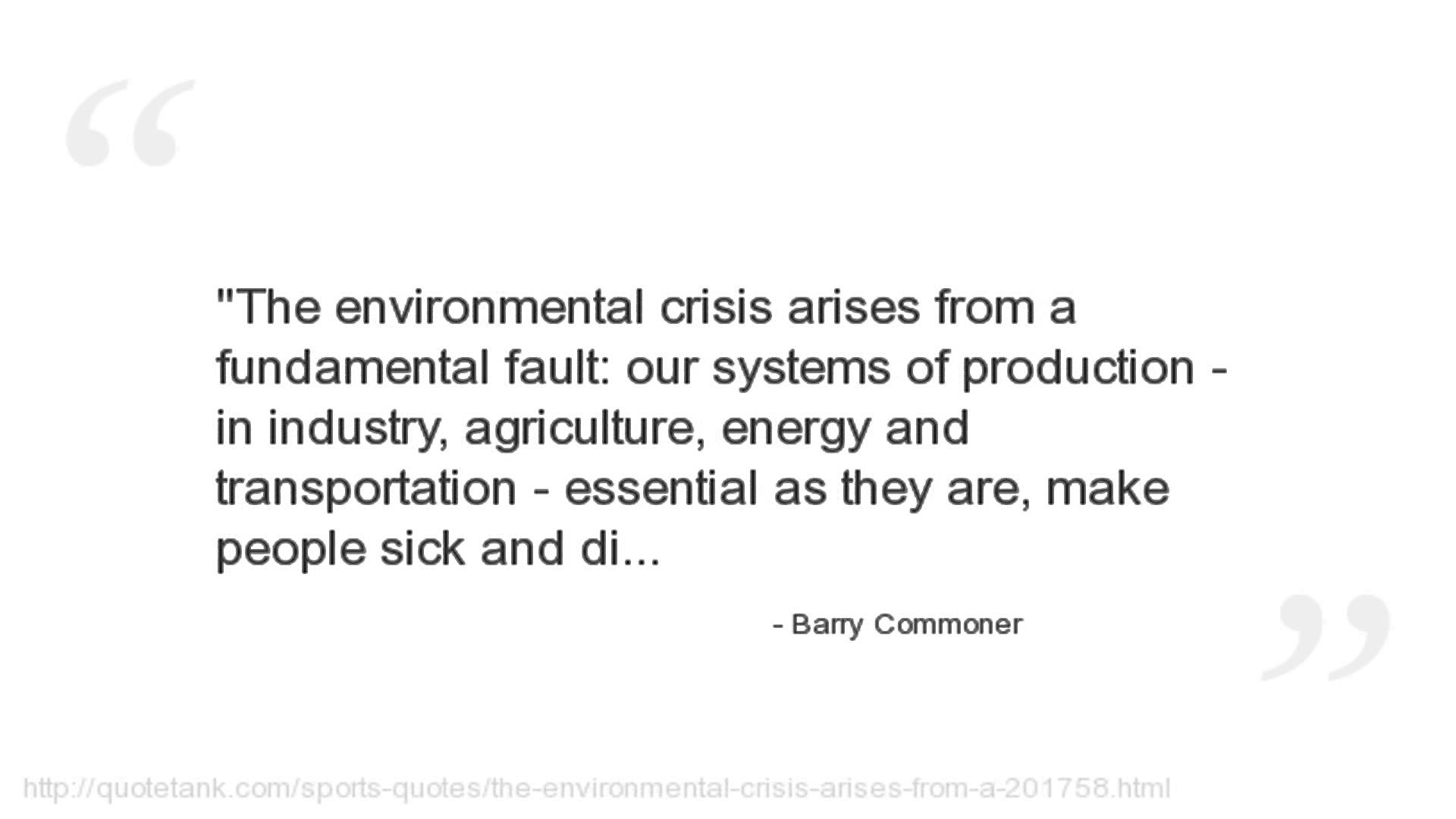 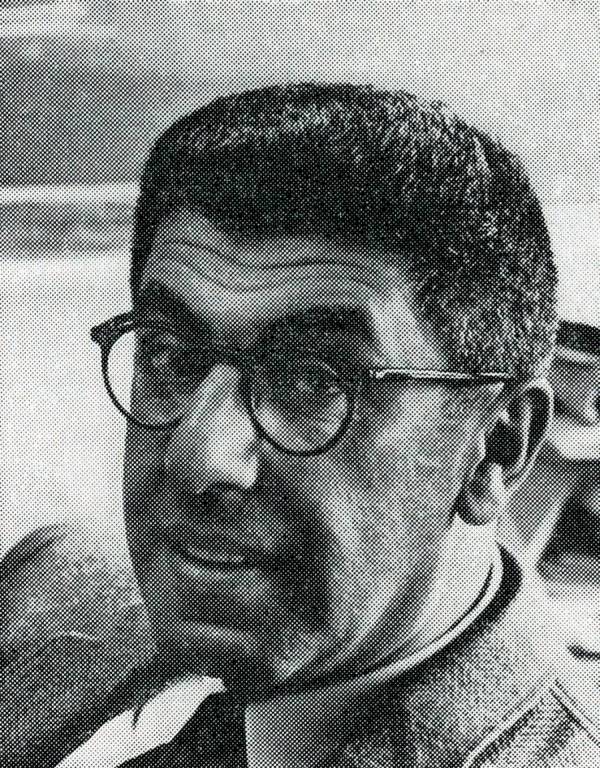 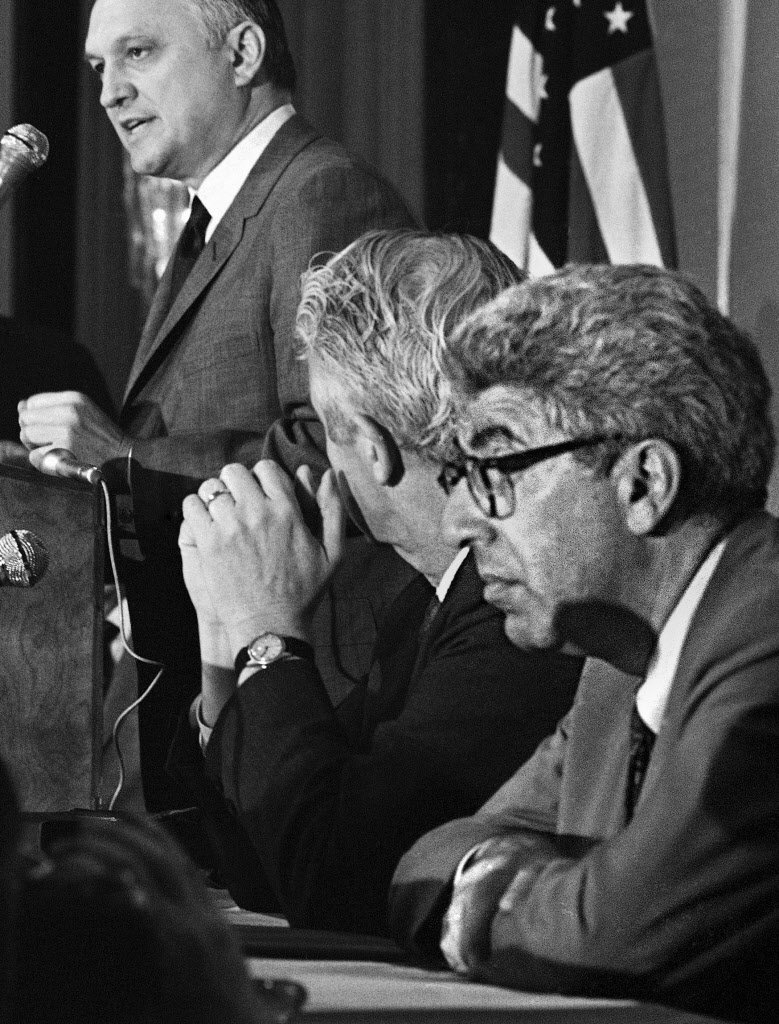 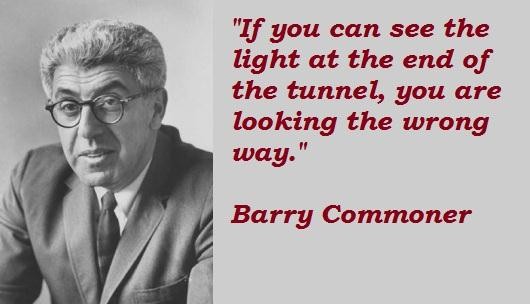 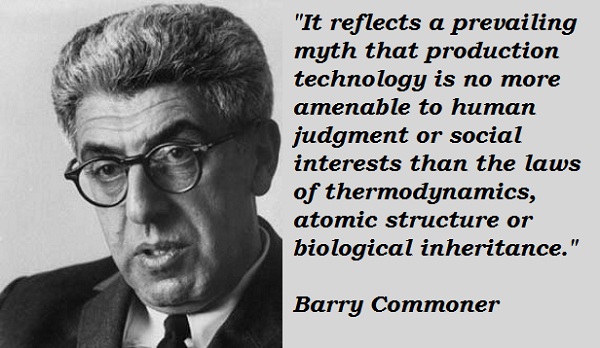 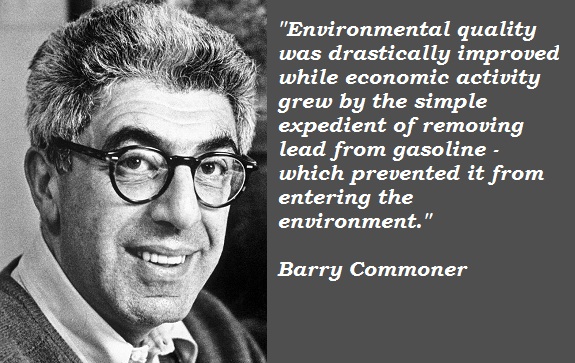 The major source of photochemical smog - petroleum-fueled vehicles - can be replaced by emission-free electric vehicles.

The real abhorrent consequence of the invention of atomic bombs is the fact that we still have them and they're spreading.

When you fully understand the situation, it is worse than you think.

By adopting the control strategy, the nation's environmental program has created a built-in antagonism between environmental quality and economic growth.

Environmental quality was drastically improved while economic activity grew by the simple expedient of removing lead from gasoline - which prevented it from entering the environment.

My entry into the environmental arena was through the issue that so dramatically - and destructively - demonstrates the link between science and social action: nuclear weapons.

The AEC scientists were so narrowly focused on arming the United States for nuclear war that they failed to perceive facts - even widely known ones - that were outside their limited field of vision.

The methods that EPA introduced after 1970 to reduce air-pollutant emissions worked for a while, but over time have become progressively less effective.

The wave of new productive enterprises would provide opportunities to remedy the unjust distribution of environmental hazards among economic classes and racial and ethnic communities.

The weapons were conceived and created by a small band of physicists and chemists; they remain a cataclysmic threat to the whole of human society and the natural environment.

What I have experienced over time is that environmental problems are easier to deal with in ways that don't go into their interconnections to the rest of what we are.

What is needed now is a transformation of the major systems of production more profound than even the sweeping post-World War II changes in production technology.

I see no reason to have my shirts ironed. It's irrational.

If you can see the light at the end of the tunnel, you are looking the wrong way.

Environmental concern is now firmly embedded in public life: in education, medicine and law; in journalism, literature and art.

Environmental pollution is an incurable disease. It can only be prevented.

There is no such thing as a free lunch.

It reflects a prevailing myth that production technology is no more amenable to human judgment or social interests than the laws of thermodynamics, atomic structure or biological inheritance.

The environmental crisis arises from a fundamental fault: our systems of production - in industry, agriculture, energy and transportation - essential as they are, make people sick and die.

Much more quotes by Barry Commoner below the page.

Earth Day 1970 was irrefutable evidence that the American people understood the environmental threat and wanted action to resolve it.

No action is without its side effects.

The modern assault on the environment began about 50 years ago, during and immediately after World War II.

World War II had a very important impact on the development of technology, as a whole.

After all, despite the economic advantage to firms that employed child labor, it was in the social interest, as a national policy, to abolish it - removing that advantage for all firms.

If you ask what you are going to do about global warming, the only rational answer is to change the way in which we do transportation, energy production, agriculture and a good deal of manufacturing. The problem originates in human activity in the form of the production of goods.

The most meaningful engine of change, powerful enough to confront corporate power, may be not so much environmental quality, as the economic development and growth associated with the effort to improve it.

All of the clean technologies are known, it's a question of simply applying them.

In certain ways, I'm not very different than I was when I was a teenager.

It is simply economically impossible to require controls that even approach zero emissions.

Nothing ever goes away.

The age of innocent faith in science and technology may be over.

The environmental crisis is a global problem, and only global action will resolve it.

The first law of ecology is that everything is related to everything else.

Time in its irresistible and ceaseless flow carries along on its flood all created things and drowns them in the depths of obscurity.