See the gallery for quotes by Brian McKnight. You can to use those 7 images of quotes as a desktop wallpapers. 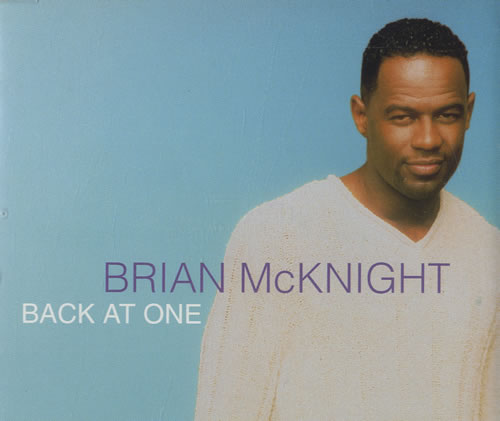 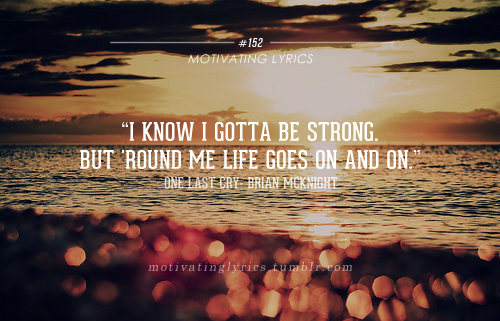 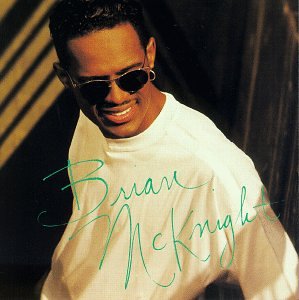 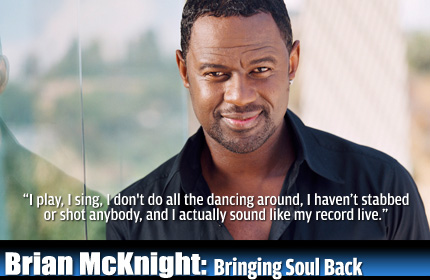 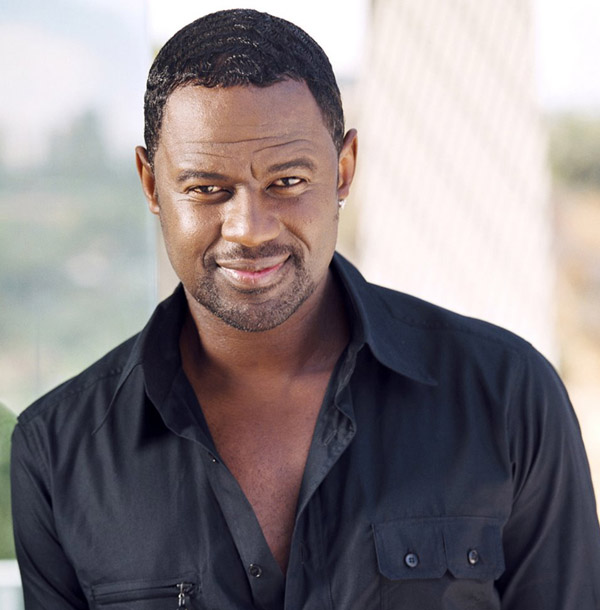 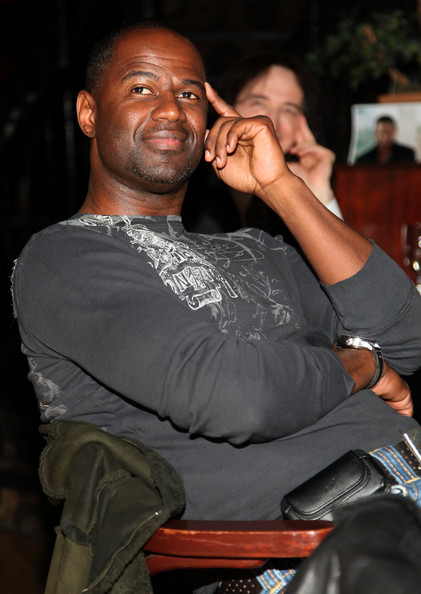 I watch my contemporaries, and they love to live in the studio and I don't. I have a life. I treat it as a 9-to-5. I try to create something new every day, and then I get on with my life.

I went back and listened to the first three albums I made and tried to figure out what was special about them, why people keep going back to them. I think it was because I didn't know what I was doing. I had no idea if they were going to play it on the radio or anything. All I did was write songs, so that's what I got back to.

I'm not like a legend that - so I'm sort of in the middle in this sort of gray area where, you know, I'm creating music, and I'm not saying there isn't an audience, because there is; because all of those people go out and spend $80 to $150 on a concert ticket.

Most of the stuff I learned to play, I learned in high school. I had a band in high school, a jazz-fusion thing, and I was the keyboard player. I was interested in how the instruments worked and the theory behind playing with them.

Stevie didn't use the technology to drive the song. He used it to enhance. I use the tools to further my work, I don't use my work to further the tools.

When the label came to me to say, 'would you like to do another record,' I said, 'Well I got these sixteen songs sitting here, so let's do it.' And that was pretty much it... I never stopped writing, it's just the way that the business is now; you just try to find a different model.

You can't listen to what people who aren't musical have to say. When Anytime was released, I had bad reviews, and at first I was hurt. Your songs are like your children. You don't want to hear, 'Your kid is ugly.' But I knew the record was good and it would sell.

Jazz is all about improvisation and it's about the moment in time, doing it this way now, and you'll never do it this way twice. I've studied the masters. Why would I want to play ball after the guys who sit on a bench? I want to play like Michael Jordan.

Tags: After, Time, Why

It's just exciting to be part of something that is brand-new.

He knows I rip him off every day. He's the godfather for me. Nobody can say they aren't influenced by what Stevie Wonder has done.

Tags: Done, Him, Off

I am just a guy that watches sports all day.

I am just like all the jerks and idiots you know.

I decided I am not going to say things I do not mean anymore.

I do not wear my emotions on my sleeve; I write about them.

I don't care how small the game. I want to win.

I was brought up to be a gentleman. That means you know how to walk, talk and dress the part.

I'll always write music. Whether I release a record, whether I let the public hear it or not, I'm always writing music.

It is great to have your own label; you can cultivate your own artists... I've worked with pretty much everyone I wanted to.

Lionel Richie told me forget about the critics. But if you come back with hit after hit, you don't have to worry about anything.

The guy comes up to the plate, there's always a chance where he can get a grand slam and everybody forgets about all the times he missed.

Much more quotes by Brian McKnight below the page.

When it's your chance to step up to the plate, just hit it out of the park, and everybody will forget about everything that came before.

Whenever I fill out the job description I put 'songwriter,' never 'singer' or 'artist.' Singers come and go.

A fine timepiece is part of dressing like a gentleman. When I first made a little money, I bought my first watch which was a Rolex Daytona. It was just one of those things that said I was successful.

A lot of musicians put diamonds on things to show they had money. I on the other had felt that Daytona showed I had style and I didn't need to be flashy.

Every little kid that steps on the court or the field has aspirations to go pro. I think being a pro basketball player is the best job. The thing I had to realize was that I can't do every dream that I have.

I just want people to take a step back, take a deep breath and actually look at something with a different perspective. But most people will never do that.

I keep these songs in my head until I get behind the microphone. I never spend more than 30 or 40 minutes singing the vocal or it will sound mechanical. There are always mistakes, but it's about feeling more than being perfect.

I kinda went back to that period between '88 and '94 where I felt like I was the most creative, without being hindered by powers that be. I was no longer going to try to hinder myself to what I thought was going to be on the radio.

I think I'd have to say my favorite IWC. They have been around for so long and the craftsmanship is top notch. A watch maker that has been in business over 100 years has to know what they are doing.

I think they can co-exist. You don't have to put one down for another. I've been bitten by the acting bug, and where it takes me, it won't take away from the music.

I was a nerd academically. But I was also an athlete and a musician. I never wanted to be shut out of any situation. I think it was that more than anything.