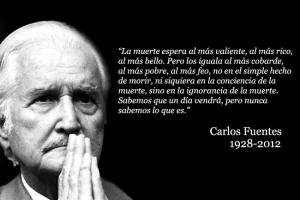 See the gallery for quotes by Carlos Fuentes. You can to use those 8 images of quotes as a desktop wallpapers. 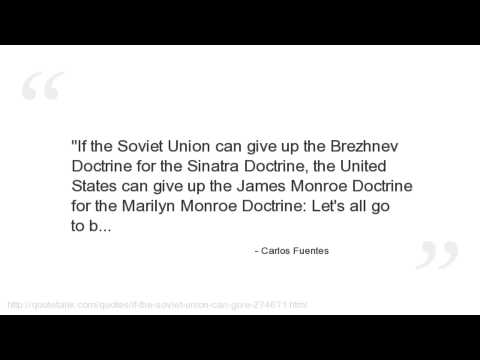 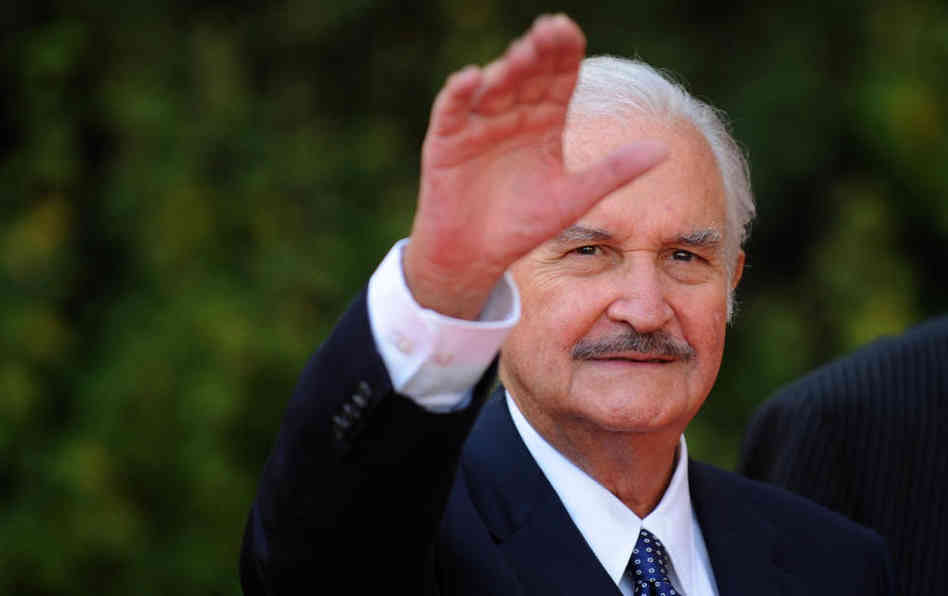 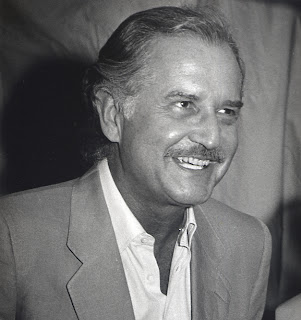 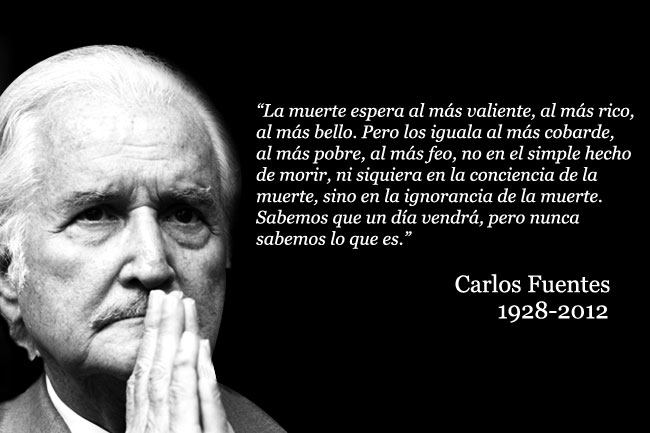 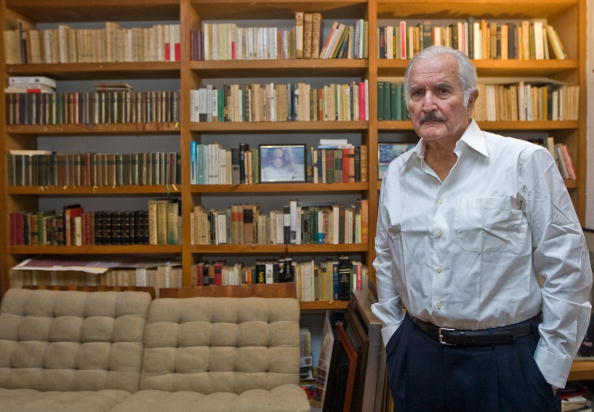 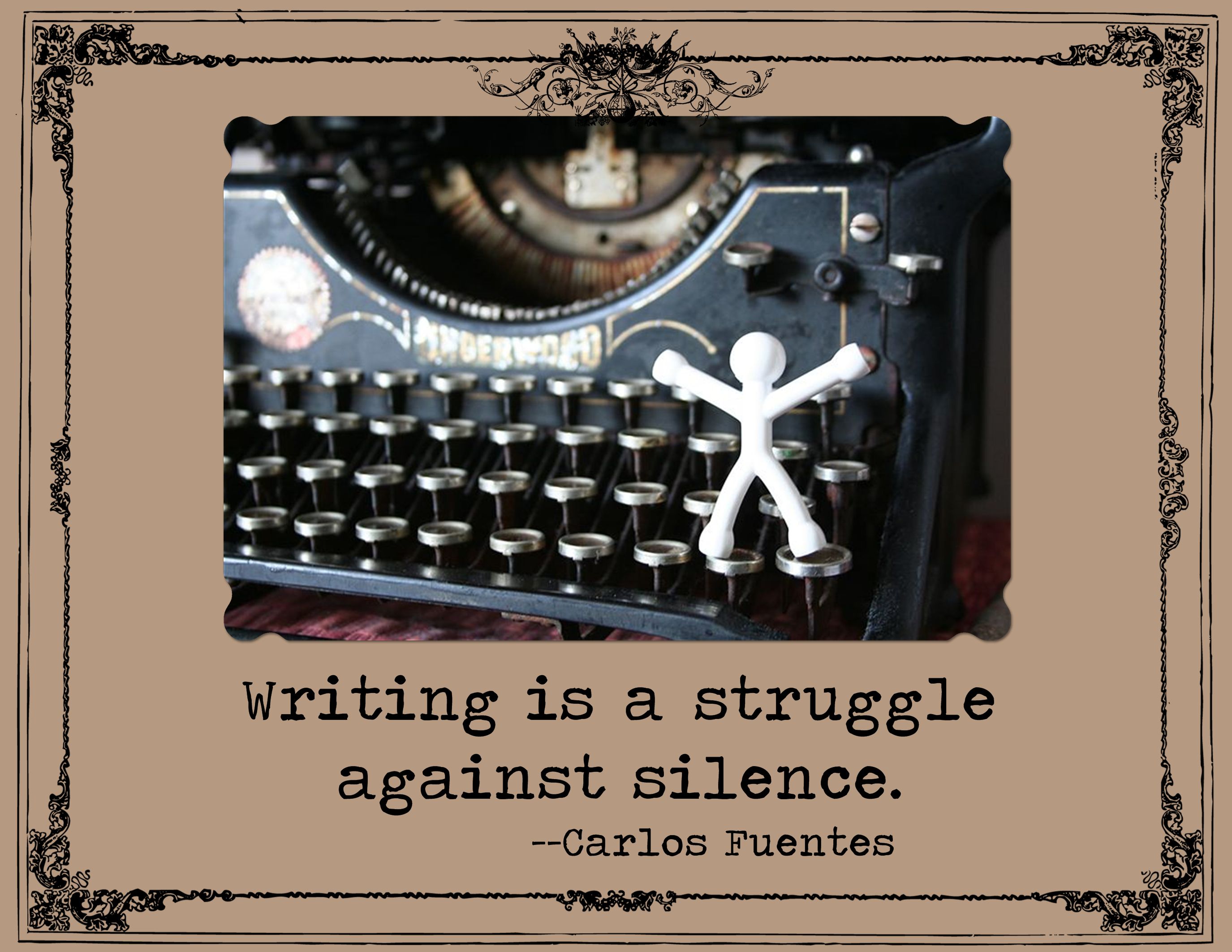 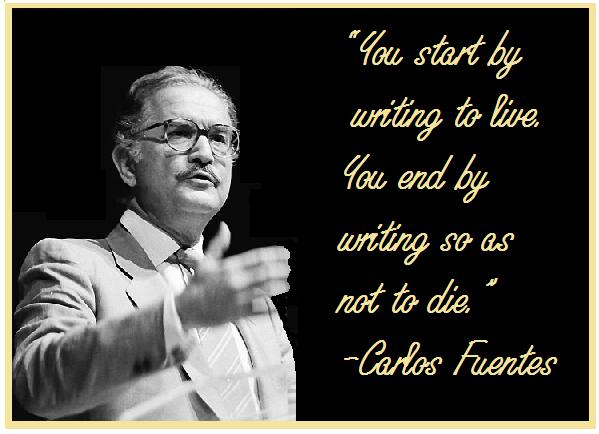 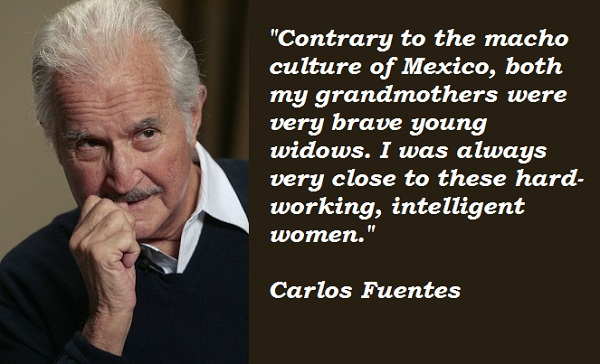 One puts off the biography like you put off death. To write an autobiography is to etch the words on your own gravestone.

The historical problem of the United States is to admit that it is a multiracial and multi-ethnic nation.

The possibility of being as free with the camera as we are with the pen is a fantastic prospect for the creative life of the 21st century.

The real bombs are my books, not me.

There are now 30-year-old Mexican writers who do great novels in which Mexico isn't even mentioned.

Work is what saves you.

Writing requires the concentration of the writer, demands that nothing else be done except that.

Contrary to the macho culture of Mexico, both my grandmothers were very brave young widows. I was always very close to these hard-working, intelligent women.

Diplomacy in a sense is the opposite of writing. You have to disperse yourself so much: the lady who comes in crying because she's had a fight with the secretary; exports and imports; students in trouble; thumbtacks for the embassy.

I am a morning writer; I am writing at eight-thirty in longhand and I keep at it until twelve-thirty, when I go for a swim. Then I come back, have lunch, and read in the afternoon until I take my walk for the next day's writing.

I believe in books that do not go to a ready-made public. I'm looking for readers I would like to make. To win them, to create readers rather than to give something that readers are expecting. That would bore me to death.

Under the veneer of Westernization, the cultures of the Indian world - which have existed for 30,000 years! - continue to live. Sometimes in a magical way, sometimes in the shadows.

What I want is to respond to the challenge posed by the mass media - to permit the novel to say what can only be said by narrative - to allow it to be itself.

You have an absolute freedom in Mexican writing today in which you don't necessarily have to deal with the Mexican identity. You know why? Because we have an identity... We know who we are. We know what it means to be a Mexican.

What the United States does best is to understand itself. What it does worst is understand others.

I don't think any good book is based on factual experience. Bad books are about things the writer already knew before he wrote them.

I had the good fortune of having a happy, closely knit family.

Literature overtakes history, for literature gives you more than one life. It expands experience and opens new opportunities to readers.

Perfect order is the forerunner of perfect horror.

The new world economic order is not an exercise in philanthropy, but in enlightened self-interest for everyone concerned.

There must be something beyond slaughter and barbarism to support the existence of mankind and we must all help search for it.

Much more quotes by Carlos Fuentes below the page.

What's happened at the Abu Ghraib prison in Iraq is one of the grossest violations of human rights under the Geneva Conventions that we have record of. It is simply monstrous.

Cuba needs a dose of perestroika.

Don't classify me, read me.

Here among my books, my wife, my friends and my loves, I have plenty of reasons to keep living.

I always felt a little worm inside me: 'Now you need to write a novel with a woman protagonist.'

I am a literary animal. For me, everything ends in literature.

I am not interested in slice of life, what I want is a slice of the imagination.

I have no literary fears.

I have two children who died before reaching 30, so who am I to complain about being alive?

I like fighting. I get into rows all the time.

I must write the book out in my head now, before I sit down.

I started my own magazine with drawings, commentary, news, film reviews and drawings.

I use a lot of film images, analogies, and imagination.

In Latin America, even atheists are Catholics.

My system for staying young is to work a lot, to always have a project on the go.