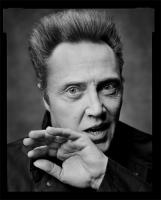 See the gallery for quotes by Christopher Walken. You can to use those 8 images of quotes as a desktop wallpapers. 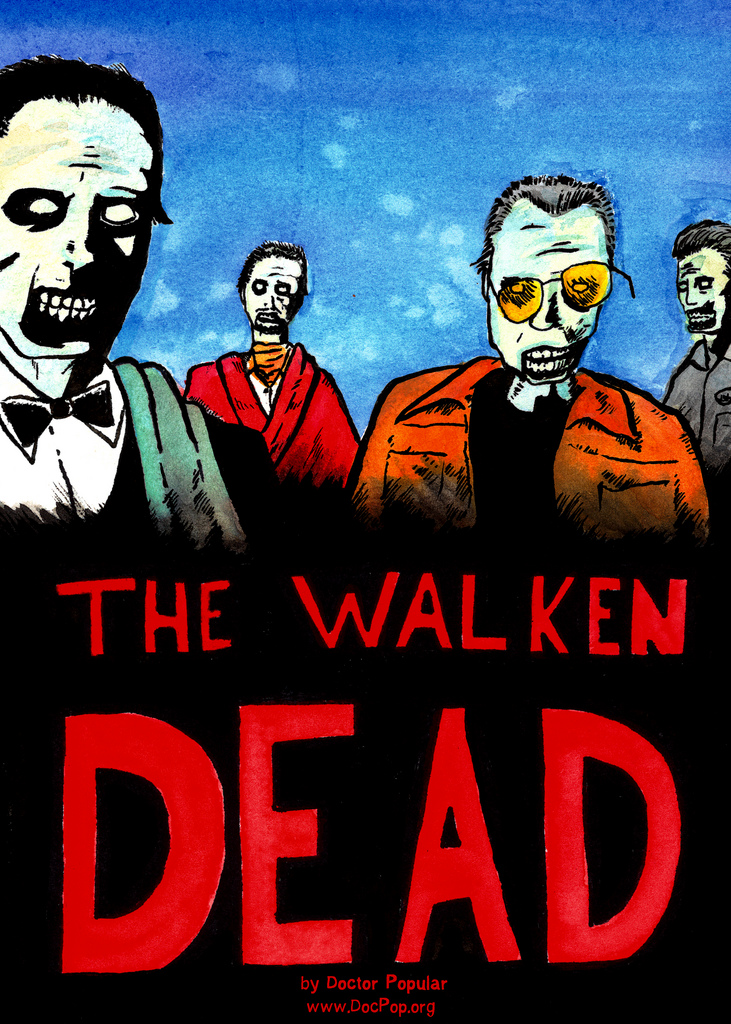 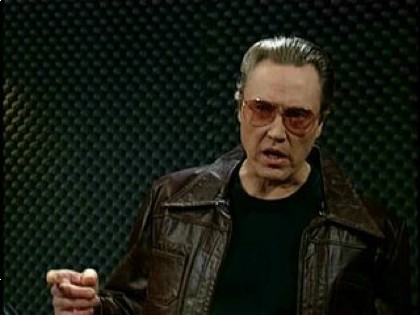 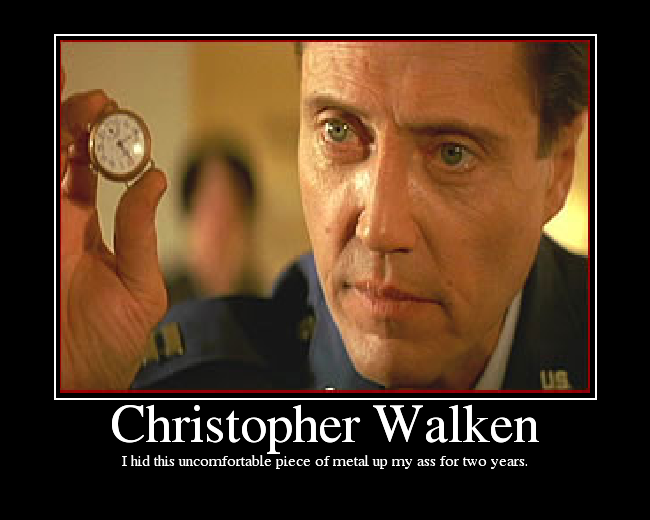 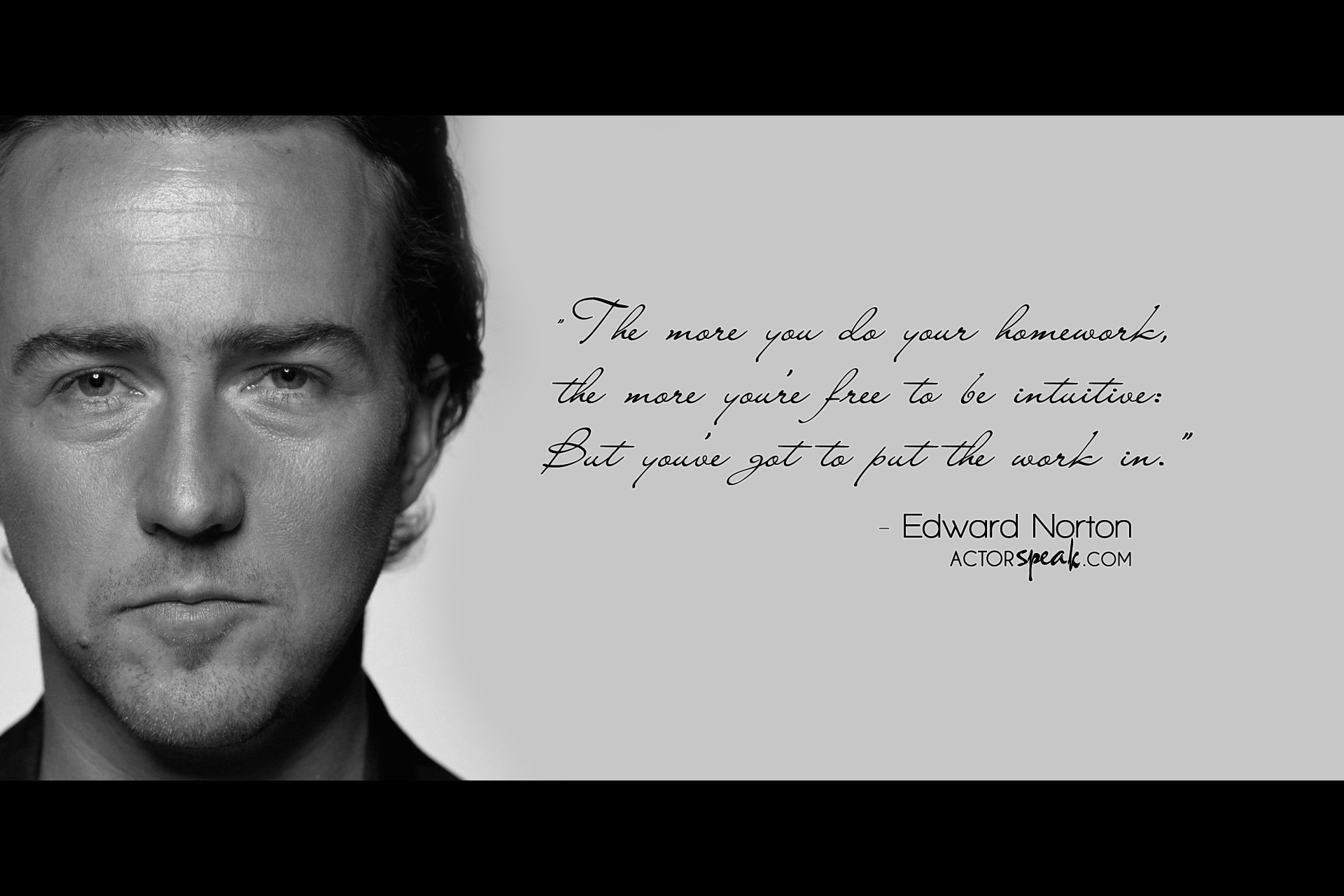 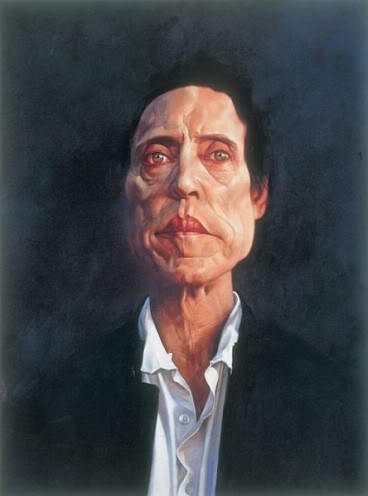 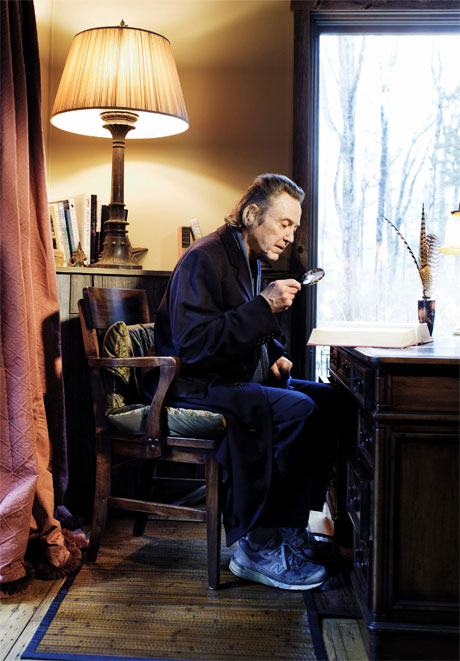 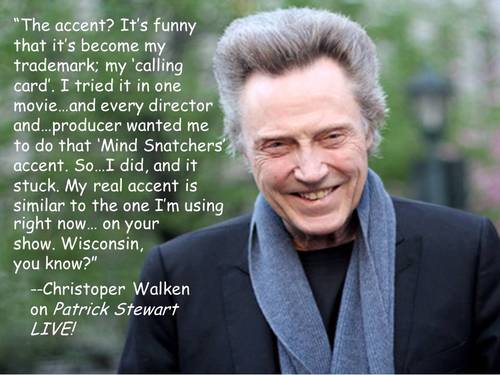 I think I'm getting a little bit of Alzheimer's. Just a little.

I try not to worry about things I can't do anything about.

I used to love Danish. My father used to make a Boston cream pie. You never see that anymore.

I was never a child actor. I was a child performer.

I'm not much of an analyzer or a psychologist.

It's what actors call a big, juicy part, when you're a leading man. I don't get a lot of those. I get a lot of supporting things.

My favorite characters are the ones that are the most successful movies.

My hair was famous before I was.

My life has been wonderful. Everybody has to be a little lucky, I think.

Obviously an actor draws on his own experience.

Onstage I have a natural chutzpa that audiences like. I'm out there.

Somebody said to me that I speak English almost like somebody for whom English is not their first language.

There probably aren't a lot of actors my age who tap dance.

They have a kind of Bob Hope and Bing Crosby thing going on.

To be honest, I was never very ambitious. And I still am not.

Well, I was sort of a jack-of-all-trades in show business for a long time. I was a singer and a dancer and then I got a job as an actor.

Acting has to do with saying it as if you meant it, so for me the words are always very important. It's very important for me to know my lines, know them so well that I don't have to think about them.

I'm in a place in my life where I get offered parts that I didn't get offered before - fathers and uncles and grandfathers and so on. And it took me a long time to get to that place, but I'm glad because it opens up new territory.

Some people can do things and get away with it. Comics are famously like that. Why is it that some guys can say the most horrible things and it's not offensive, it's funny?

Tags: Away, Funny, Why

Also for me it was different because I play a lot of villains and in this one I play a dad and I play a good guy, basically. He's the Secretary of the Treasury. I never had a job like that.

I grew up in the '50s, in New York City, where television was born. There were 90 live shows every week, and they used a lot of kids. There were schools just for these kids. There was a whole world that doesn't exist anymore.

Much more quotes by Christopher Walken below the page.

I think early on I knew what I was going to do and it was based a lot on familiarity but it was also because I didn't have a lot of skills. There was nothing I wanted t be. I didn't want to be a doctor. I wanted to be in show business.

I think if you do something effectively whether you're the lover or the comic or the action guy or the villain like I play; movies are very expensive to make. Chances are you'll get asked to play that part again.

I think that if I had grown up and had been in show business and the movies twenty five, thirty years earlier, I think I would have made a lot more musical movies.

I think that sometimes when they see me in a movie they expect me to be something nasty. I mean, I play a lot of villains and you show up and they think maybe... That's why it's good to defy expectations sometimes.

I think the fact that I was raised in show business, in New York City, in the '50s, that's affected my personality to the point that I'm a little different.

I used to be prettier than I am, but I think I look better now. I was a pretty boy. Particularly in my early movies. I don't like looking at them so much. There's a sort of pretty thing about me.

I was born in America but all of my friends' parents, everybody's parents, including my own, had come to America from Europe. Many people in my neighborhood hardly bothered to learn English.

I've always been a character actor, although I'm not quite sure what that means. All my scripts are absolutely covered in notes, so any time I say anything - even 'pass the salt' - I have six subtexts, comments on what I really mean when I'm saying that. Maybe that's what gives the impression that I'm saying one thing and thinking something else.

I've made three musical movies which is pretty good considering that not many are made but I was lucky in other ways. I came along when independent movies were starting to boom.

I've never crashed a wedding. When I was a kid I, of course, used to crash parties. Crashing a wedding is difficult though because you have to have the suit, and you have to have information in case someone catches you. You have to know at least some names and something.

My father passed away a couple of years ago, but he was very old. He was almost a 100 years old. And, you know, he had a very good life. He came to America and he had a good life.

No, but way before that, I've been doing little dances in movies for years. Yeah, that was an amazing chance. You know, at my age to be able to do a music dance video, very unusual.

One thing that's happened to me is I've been around a long time and I've played a lot of villains and so forth. I think it had to do with, well one thing is that I looked younger than I was for a long time. Now I think I'm suddenly starting to play people's father.

The best thing for me is, when I'm not working, is to be at home and to have a script or two scripts is better, and to be just walking around the house and just thinking about the lines.

The minute I start to talk about acting, I realize that I can't. You know, it's an abstract thing, a little bit mysterious even if you do it for a living.

To me, there are things you're good at and things you're not so good at. For some reason, I'm good at darker characters. It has to do with how you look.

Usually directors hire me because I'm what they are looking for. But once in a while, and it's very rare, they will hire me and then try to make me over.

Tags: Once, Try, While

When I was a kid I joined the circus. I did that. It is true. But it's not like you think. There was a guy, he had his own circus. His name was Carol Jacobs and he owned it. It was a small thing.

At its best, life is completely unpredictable.

I'd love to do a character with a wife, a nice little house, a couple of kids, a dog, maybe a bit of singing, and no guns and no killing, but nobody offers me those kind of parts.

I remember that. I was talking to him and I said how great it would be if actors had a tail because I have animals and a tail is so expressive. On a cat you can tell everything. You can tell if they're annoyed. You can tell whether they're scared.

My father was a lesson. He had his own bakery, and it was closed one day a week, but he would go anyway. He did it because he really loved his bakery. It wasn't a job.

I don't need to be made to look evil. I can do that on my own.

Emotional power is maybe the most valuable thing that an actor can have.

I don't have a lot of hobbies. I don't play golf. I don't have any children. Things that occupy people's time. I just try to take jobs.

I think that weddings have probably been crashed since the beginning of time. Cavemen crashed them. You go to meet girls. It makes sense.

Because if I don't know my lines, I really don't know what I'm doing.

I live sort of in the country and I like that. It's very quiet, it's beautiful.

No, improvising is wonderful. But, the thing is that you cannot improvise unless you know exactly what you're doing.

As an actor you become that lighting rod between the person who made the play and the audience.

I always like to watch comics and it's interesting that you can tell if someone's funny in 10 seconds.

I don't carry lucky charms, but I believe in those things.

People think that my favorite roles to do are villains, but I find comedy to be the most challenging and rewarding.

There's something dangerous about what's funny. Jarring and disconcerting. There is a connection between funny and scary.

Also, I think there are huge reactions sometimes, which are also mysterious.

An actor really is a kind of intermediary between an audience and the piece, whether it's a play or movie.

Tags: Actor, Between, Whether

Everybody has to be a little lucky, I think.

I became an actor by accident.

I have been in movies that I thought I wasn't very good in.

Man cannot degrade woman without himself falling into degradation; he cannot elevate her without at the same time elevating himself.

I think that the enormous emphasis on violence and sex, and in particular violent sex, may not make rapists of us all, but it predisposes us to accept a kind of world in which these things happen.