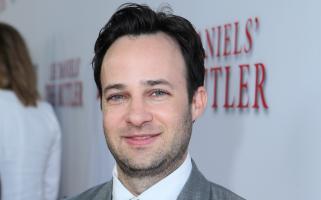 See the gallery for quotes by Danny Strong. You can to use those 8 images of quotes as a desktop wallpapers. 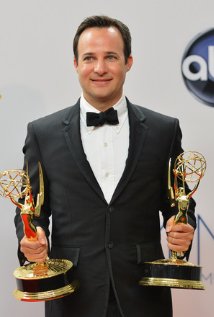 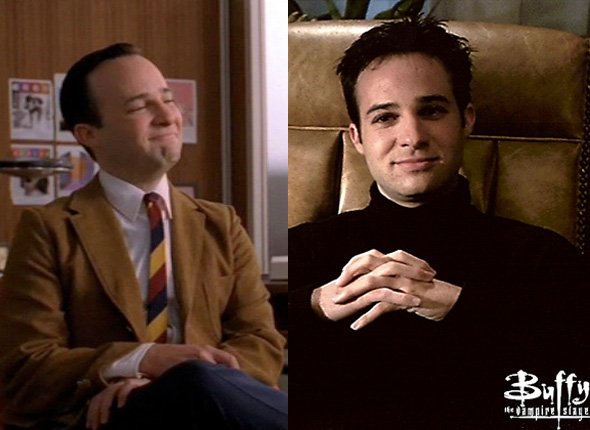 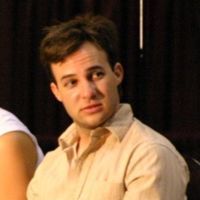 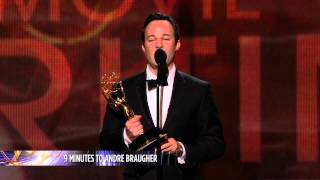 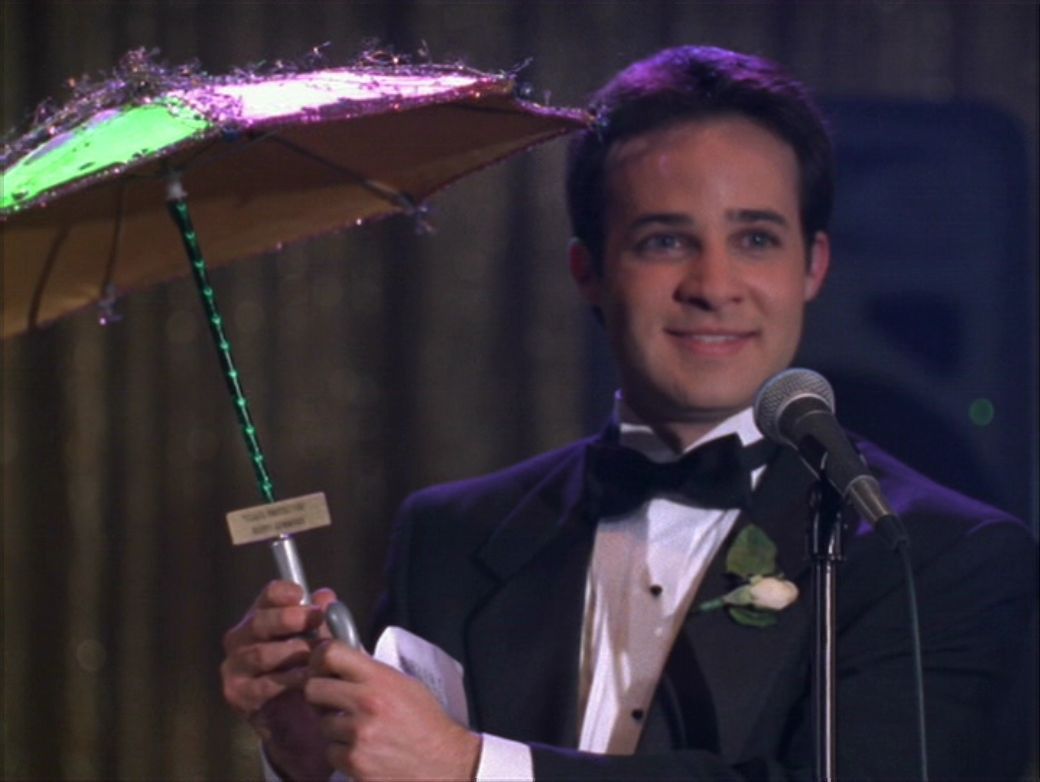 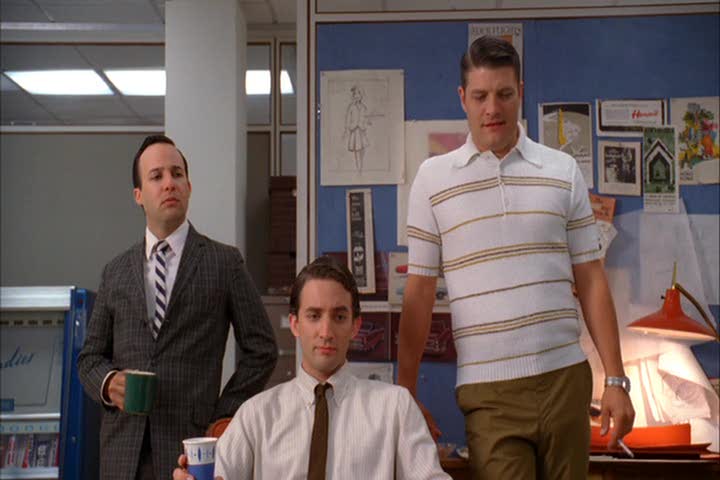 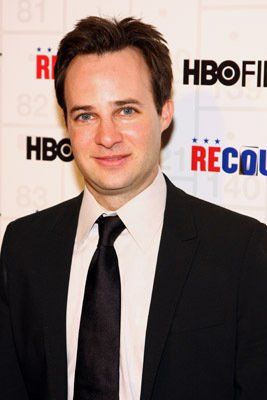 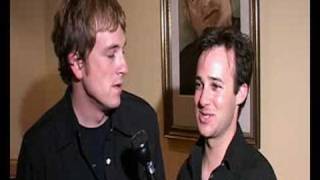 I love the idea of a movie hero in a thriller who is able to get ahead by just his brilliance, and not with a gun or by being an action hero.

Idealism loses to pragmatism when it comes to winning elections.

I don't think there is anything more bitter in American politics than a close election.

I don't use my writing career as a vehicle to get me acting work or to write roles for myself.

I have absolutely no musical talent of my own!

I really want my career to be as an actor-writer-director-producer, you know? I don't know what will be stronger than the other.

I studied voice for about two years with an amazing coach, and I never rose above the level of mediocre.

I think I've had my fill of electoral law.

I think there are a lot more writers who are actors than you know; they just don't have roles on famous TV shows that you recognize.

I took a lot of writing courses.

I was a volleyball player as a kid. I played volleyball all the time.

I was alone a lot as a kid, because my parents were divorced.

I wouldn't say I'm a political junkie. I follow it. I read a few articles every day.

My goal isn't so much genre, or fact-based or not fact-based. I just want to work on projects that I think could be great.

The auditioning process is one in which the actor gets very little information about almost every element of it.

Even from a really young age I was a huge movie buff - five, six, seven, eight. Just loved movies, but in a more in-depth way than most kids that loved movies at that time. I'd find a filmmaker or something and want to see all his movies.

I spent so many years of my life as a stage actor and when you do all these plays, a lot of really great plays are very politically driven. They deal with deep social issues, and that's the kind of stuff that I love, as an audience member.

I think most of America is seeing the strings behind the campaign, and sees the crass political maneuvers that people are making. I mean, they're extremely apparent to me.

I've found that sitting around and obsessing about projects moving forward, when there's actually nothing I can do about it, at a certain point, is really counter-productive.

My strangest auditioning experience was when I was reading for a TV show, and right when I started the audition, the casting director left the room and yelled at me from the hallway to keep reading.

As a rule, our largest cities are the worst governed.

Furthermore, it is significant that the marked characteristics of this race are being here emphasized most.

Here, also, has been evolved the form of government consistent with the largest possible civil liberty.

Not only does the proportion of the poor increase with the growth of the city, but their condition becomes more wretched.

Our aristocracy, unlike that of Europe, is open to all comers.

Much more quotes by Danny Strong below the page.

The city has become a serious menace to our civilization... It has a peculiar attraction for the immigrant.

The city is the nerve center of our civilization. It is also the storm center.

There are no more new worlds. The unoccupied arable lands of the earth are limited, and will soon be taken.

What if it should be God's plan to people the world with better and finer material?

Heretofore there has always been in the history of the world a comparatively unoccupied land westward, into which the crowded countries of the East have poured their surplus populations.

If I read not amiss, this powerful race will move down upon Mexico, down upon Central and South America, out upon the islands of the sea, over upon Africa and beyond. And can any one doubt that the results of this competition of races will be the 'survival of the fittest?'

In Europe the various ranks of society are, like the strata of the earth, fixed and fossilized. There can be no great change without a terrible upheaval, a social earthquake.

It is not necessary to argue to those for whom I write that the two great needs of mankind, that all men may be lifted up into the light of the highest Christian civilization, are, first, a pure, spiritual Christianity, and second, civil liberty.

It may be easily shown, and is of no small significance, that the two great ideas of which the Anglo-Saxon is the exponent are having a fuller development in the United States than in Great Britain.

Long before the thousand millions are here, the mighty centrifugal tendency, inherent in this stock and strengthened in the United States, will assert itself.

The rich are richer, and the poor are poorer, in the city than elsewhere; and, as a rule, the greater are the riches of the rich and the poverty of the poor.

The time is coming when the pressure of population on the means of subsistence will be felt here as it is now felt in Europe and Asia. Then will the world enter upon a new stage of its history - the final competition of races, for which the Anglo-Saxon is being schooled.

There the union of Church and State tends strongly to paralyze some of the members of the body of Christ. Here there is no such influence to destroy spiritual life and power.

This is due partly to the fact that Americans are much better fed than Europeans, and partly to the undeveloped resources of a new country, but more largely to our climate, which acts as a constant stimulus.

We have seen... that, although England is by far the richest nation of Europe, we have already outstripped her in the race after wealth, and we have only begun the development of our vast resources.

Tags: After, Far, Her

Country people give me more than writers, and country places than towns.

I broke down while at Oxford, was rejected by a record number of medical tribunals during the War, and finally got permission to leave Oxford and do civilian work till the War ended.

People and places are the source of my work, both in prose and verse-and this remark is not the truism it seems, for I do not distinguish as sharply between a place and a person as most people seem to do.