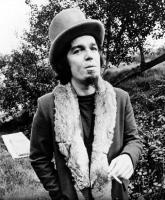 See the gallery for quotes by Don Van Vliet. You can to use those 7 images of quotes as a desktop wallpapers. 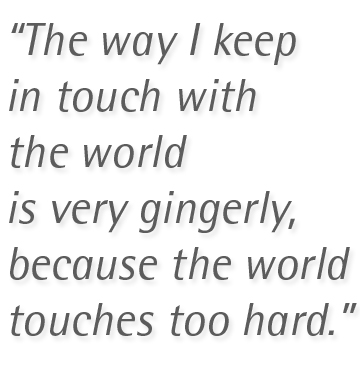 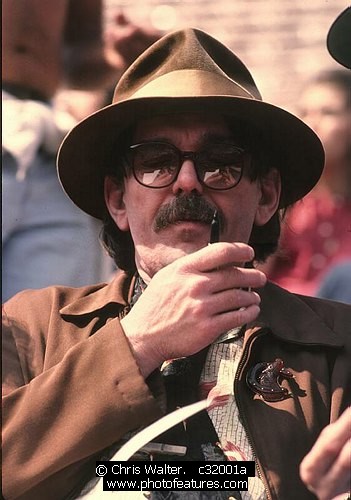 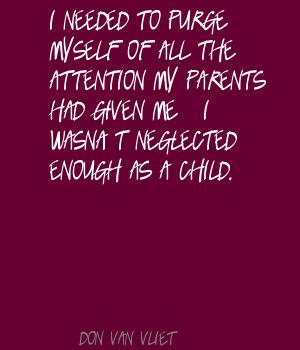 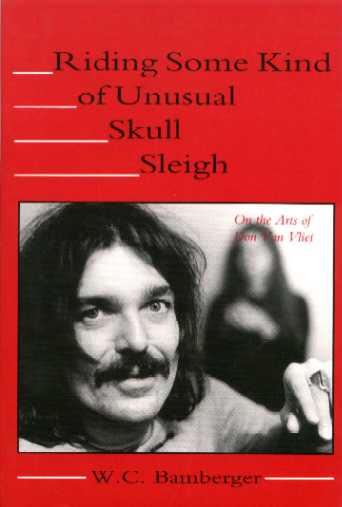 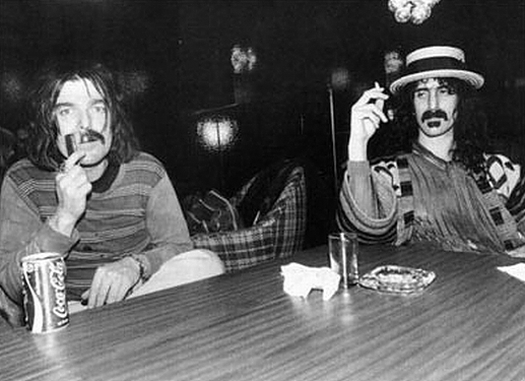 James Brown is important because he decorates the clock correctly and he's good with lower mathematics. Don't get me wrong - he's good.

That Sid Vicious was obviously a schizophrenic, kind of a mean one too.

We're all colored, or you wouldn't be able to see anyone.

With my voice and my band, I can do anything.

You can almost judge how screwed up somebody is by the kind of toilet paper they use. Go in any rich house and it's some weird coloured embossed stuff.

Johnny Rotten. He's a big fan of mine. I used to see him out in the audience in England and he'd stand up and holler. He's funny. Smart too, and a nice guy. Don't think he's a jerk because he isn't.

Bob Dylan impresses me about as much as... well, I was gonna say a slug but I like slugs.

I needed to purge myself of all the attention my parents had given me - I wasn't neglected enough as a child.

You can tell by the kindness of a dog how a human should be.

I'd never just want to do what everybody else did. I'd be contributing to the sameness of everything.

Tags: Else, Everybody, Sameness

The stars are matter, we're matter, but it doesn't matter.

I don't even know what sound is, much less what it's for. It isn't to make money that's for sure. I've never made any.

But I have been in some very beautiful churches, then I've looked outside and seen people starving to death.

When I see a dolphin, I know it's just as smart as I am.

If you want to be a different fish, jump out of school.

I don't look like a desert person because I stay indoors most of the day and fool around at night. That's what the desert animals do - they don't have a tan either.

I think most people try to get others to see through their eyes.

I don't do lullabyes.

Tags: Else, Getting, Painting

I think Shakespeare is really the one. Words as music and music as words. Everything he wrote was good, which is really frightening.

Man has done a lot to make himself dangerous and animals get the worst of all of it. But then, man too is an animal.

Most of modern rock and roll is a product of guilt.

The wind is a very difficult sound to get. It's always changing.

Much more quotes by Don Van Vliet below the page.

We see the moon, don't we? So it's our eye. Animals see us, don't they? So we're their animals.

I'd rather play a tune on a horn, but I've always felt that I didn't want to train myself. Because when you get a train, you've got to have an engine and a caboose. I think it's better to train the caboose. You train yourself, you strain yourself.

Tags: Felt, Rather, Yourself

An audience can really lift you right up off the stage.

I don't think artists are made, I think they're born.

I have no neighbours other than animals and Joshua Trees.

I live in a Mobile Home - I've never had a house, except once; I rented a log cabin.

I would never kill a living thing, although I probably have inadvertently while driving automobiles.