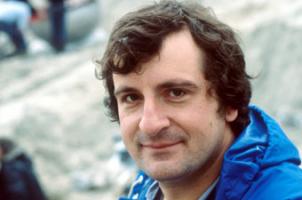 See the gallery for quotes by Douglas Adams. You can to use those 7 images of quotes as a desktop wallpapers. 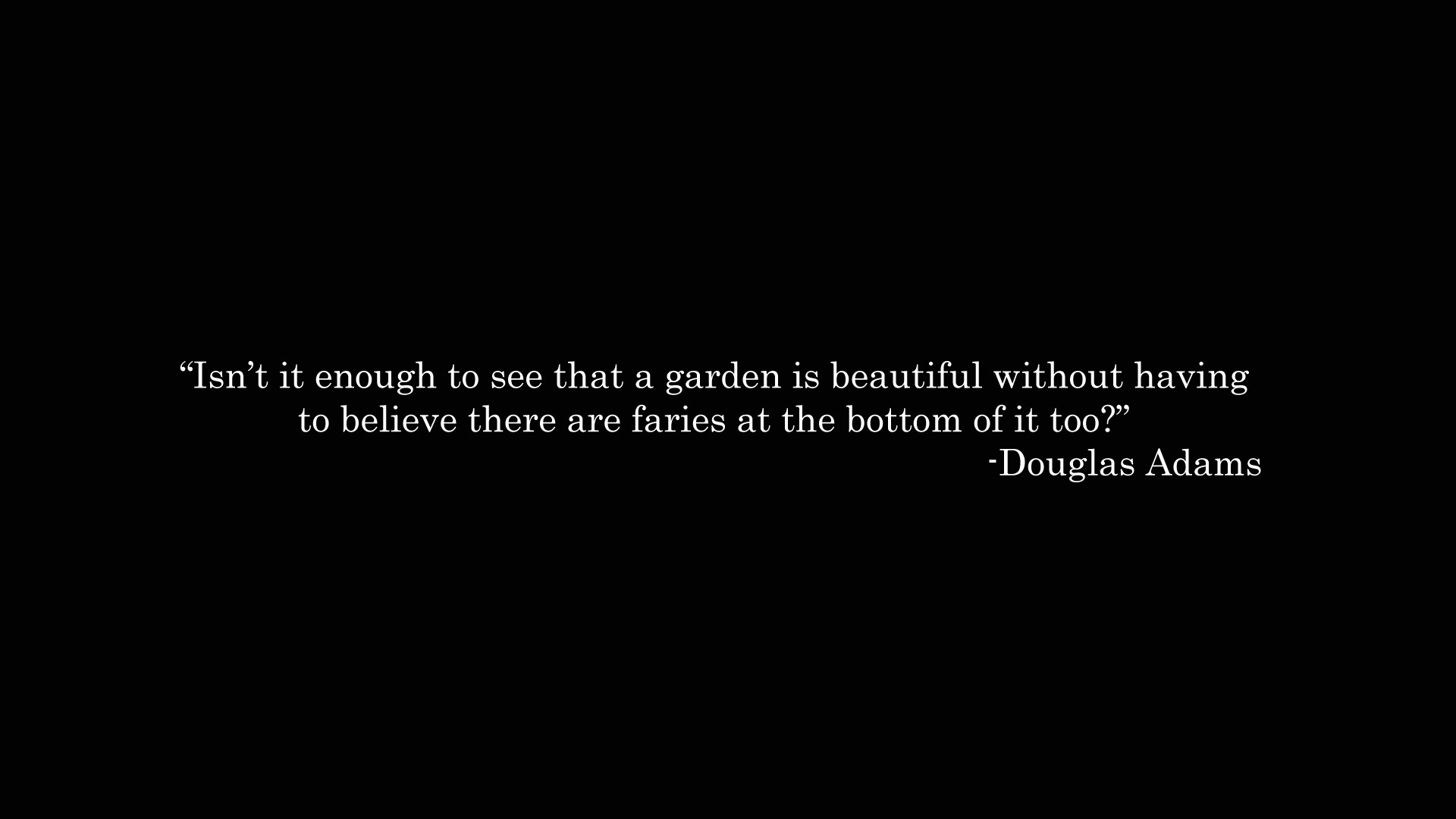 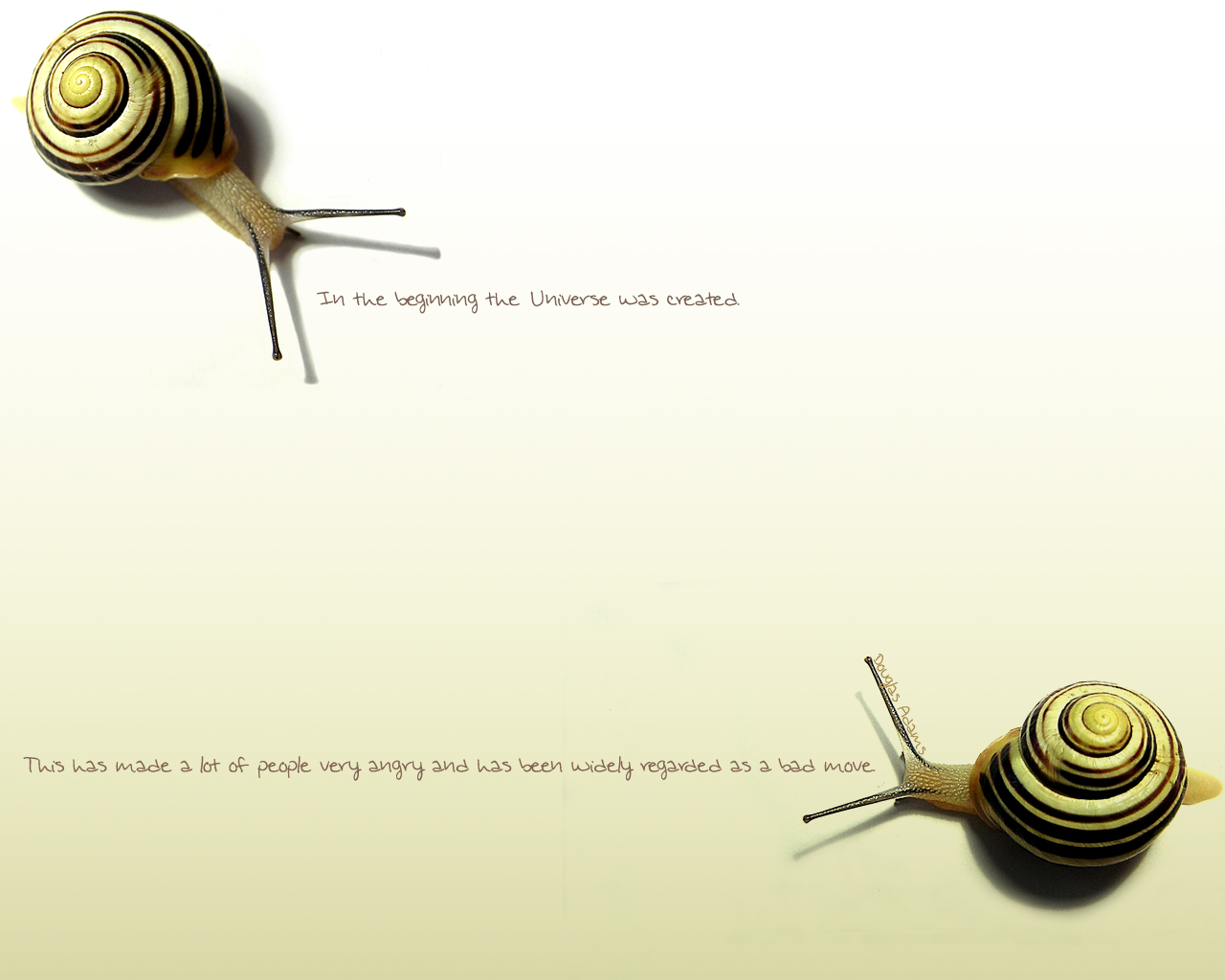 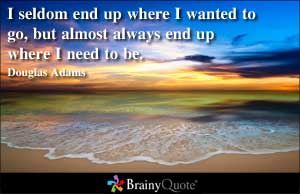 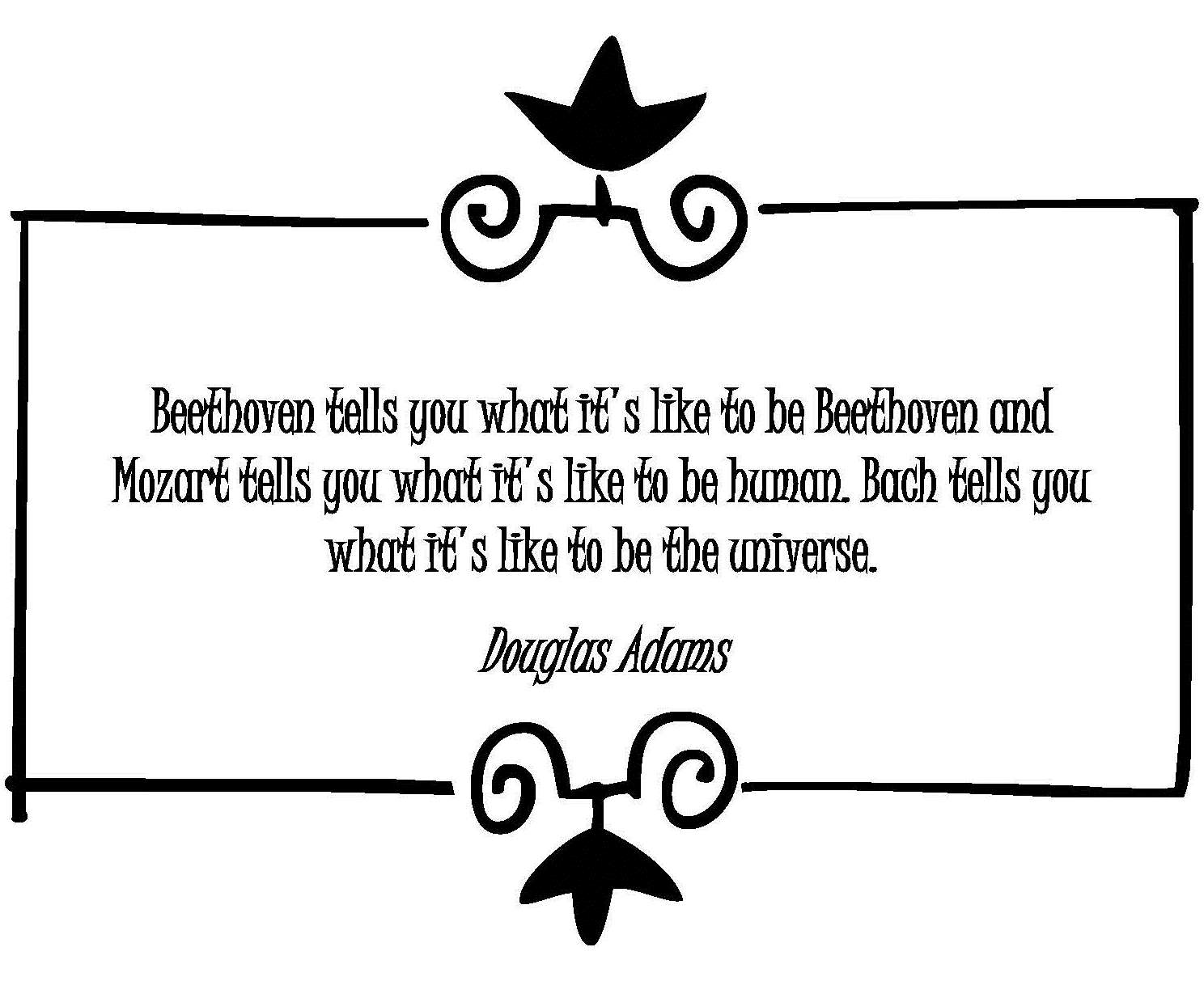 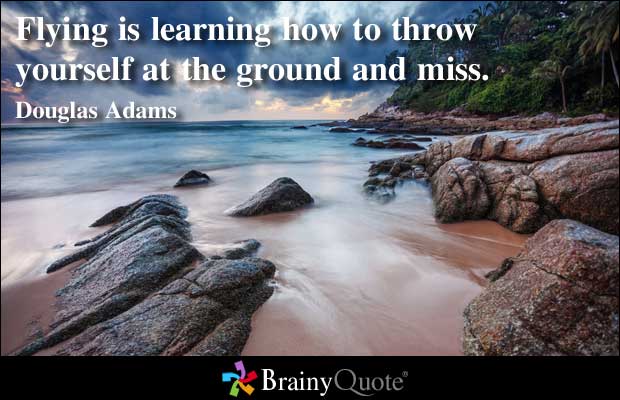 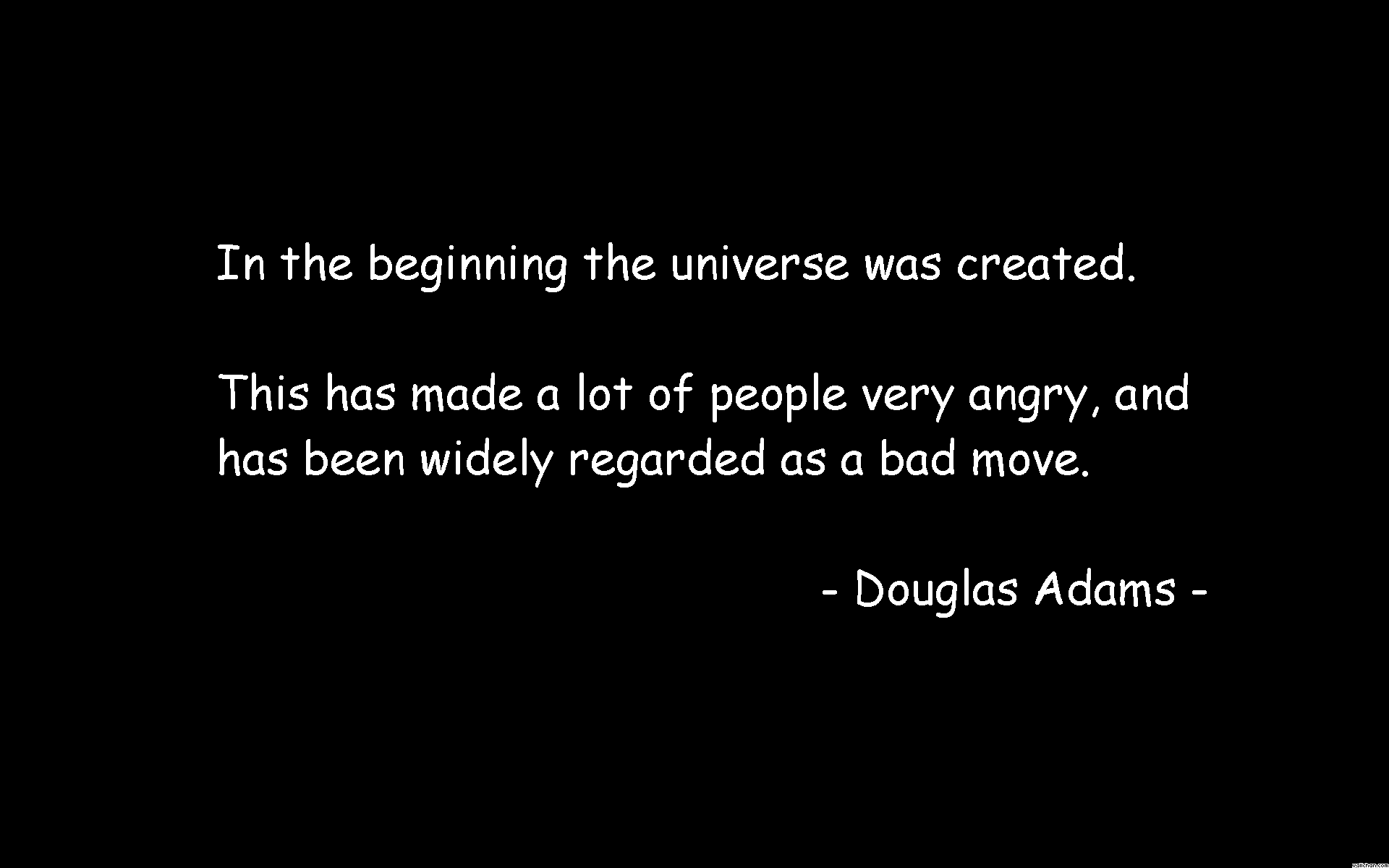 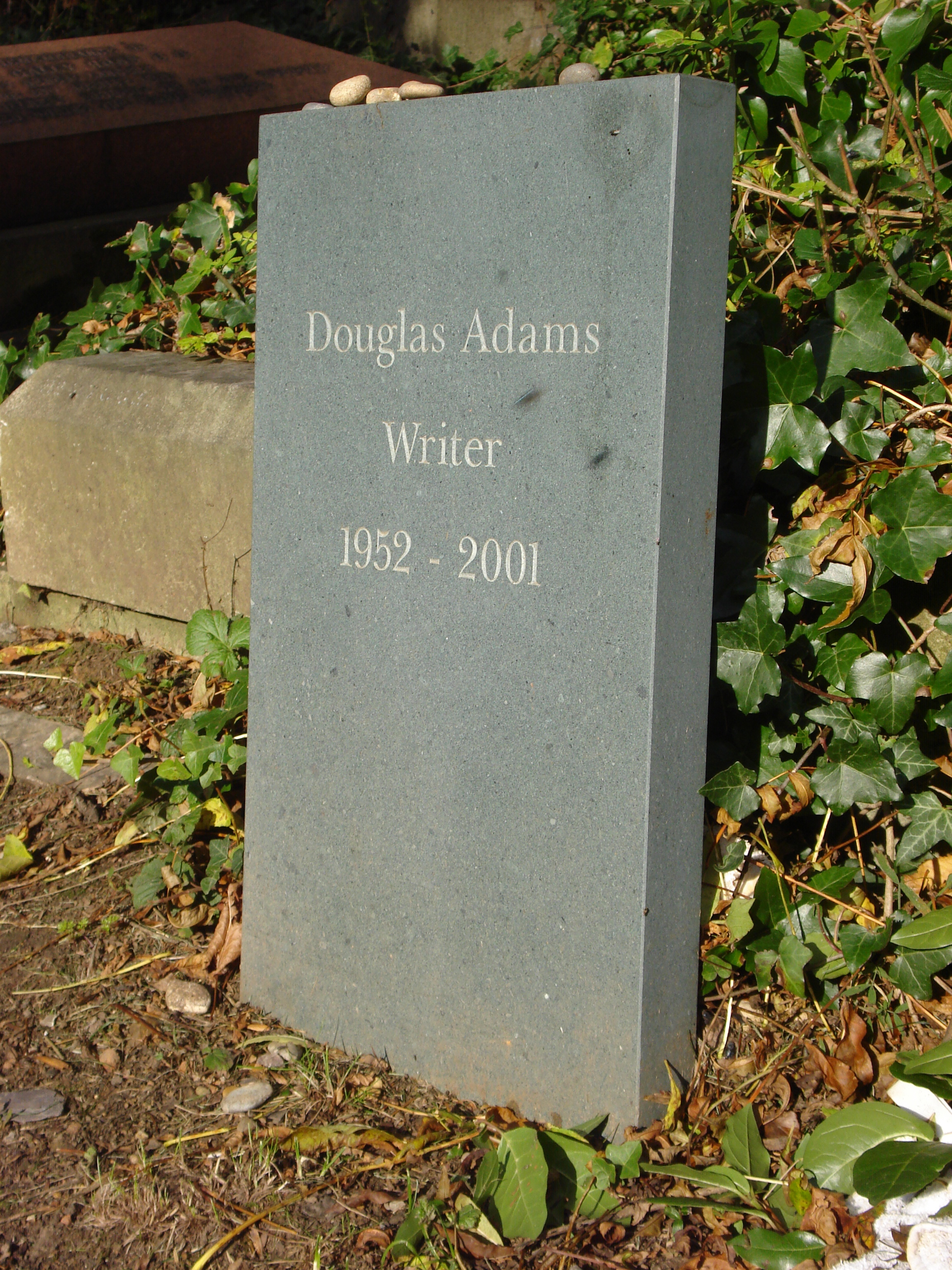 He was a dreamer, a thinker, a speculative philosopher... or, as his wife would have it, an idiot.

In the beginning the Universe was created. This has made a lot of people very angry and been widely regarded as a bad move.

Much more quotes by Douglas Adams below the page.

This must be Thursday. I never could get the hang of Thursdays.

For a moment, nothing happened. Then, after a second or so, nothing continued to happen.

The knack of flying is learning how to throw yourself at the ground and miss.

It is a mistake to think you can solve any major problems just with potatoes.

Space is big. You just won't believe how vastly, hugely, mind-bogglingly big it is. I mean, you may think it's a long way down the road to the drug store, but that's just peanuts to space.

Anyone who is capable of getting themselves made President should on no account be allowed to do the job.

Tags: Getting, Job, Themselves

I think fish is nice, but then I think that rain is wet, so who am I to judge?

Life is wasted on the living.

Time is an illusion. Lunchtime doubly so.