See the gallery for quotes by F. Scott Fitzgerald. You can to use those 8 images of quotes as a desktop wallpapers. 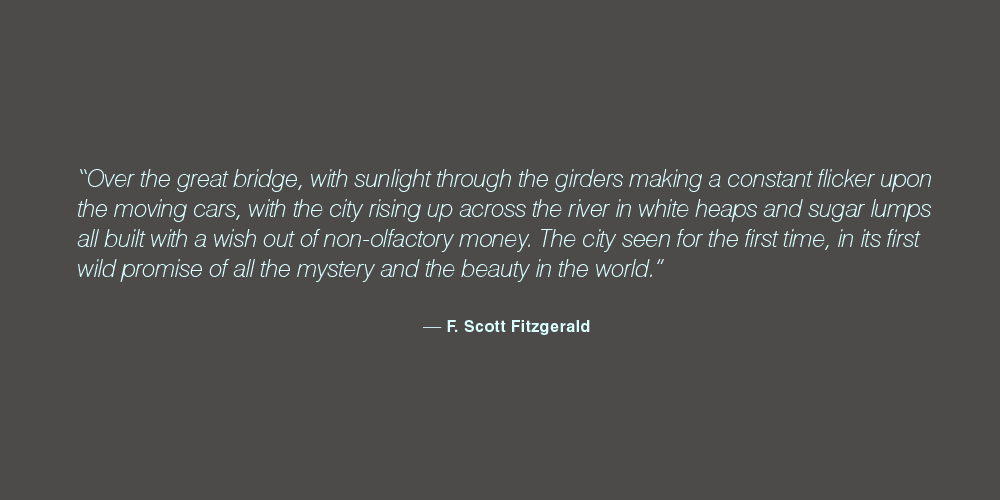 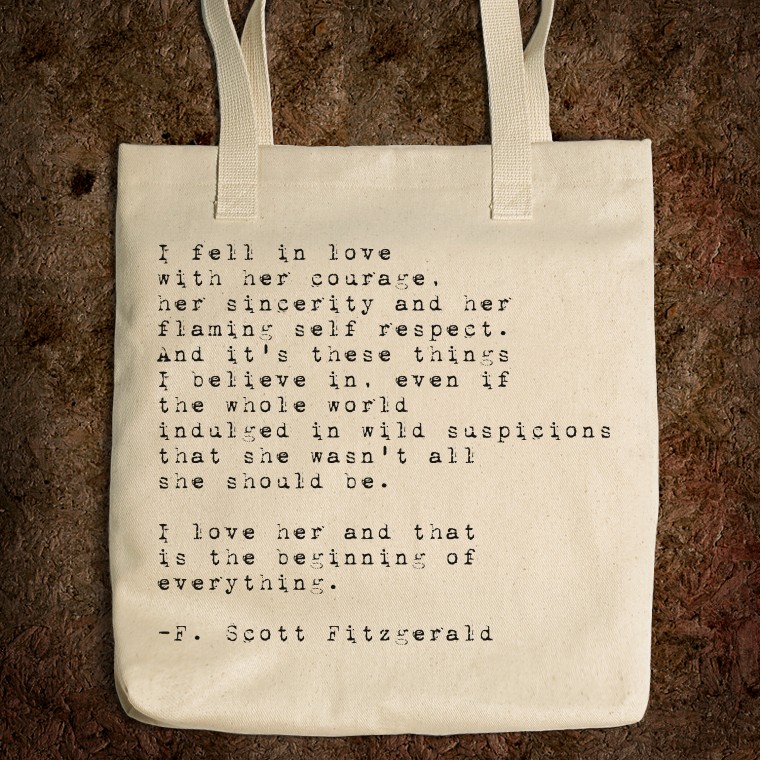 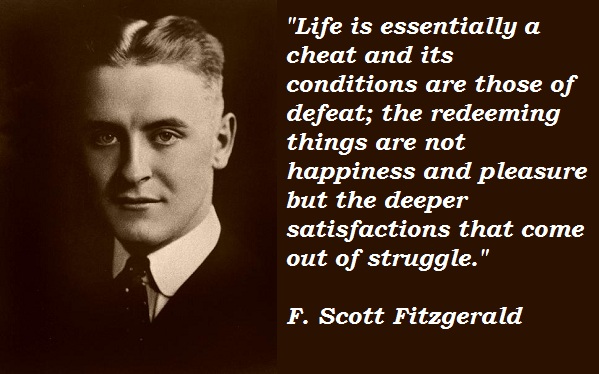 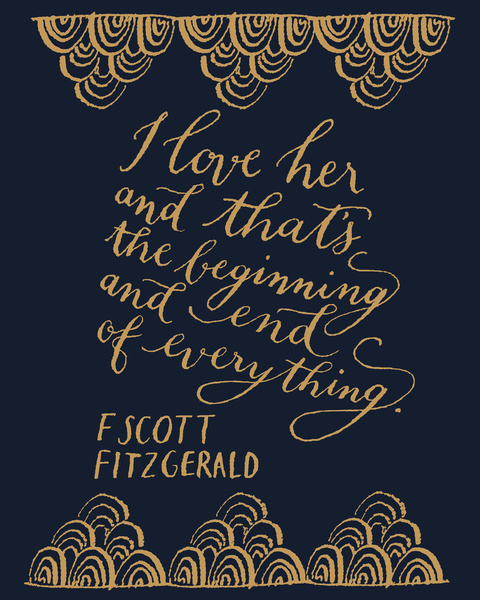 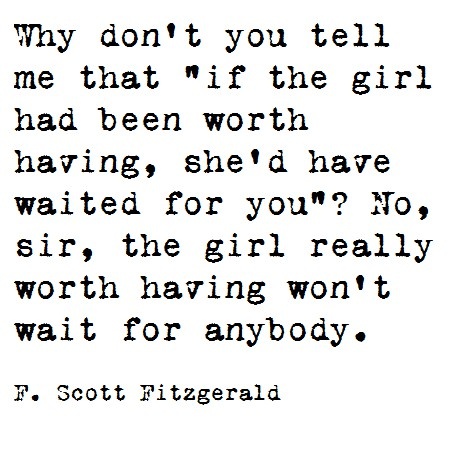 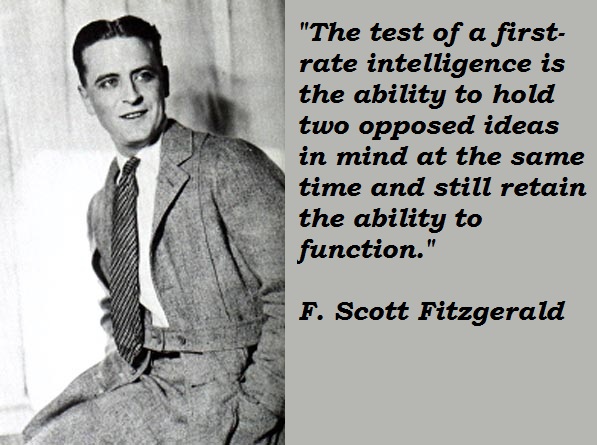 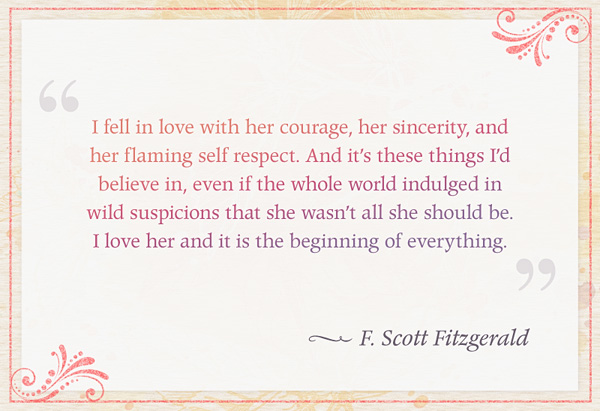 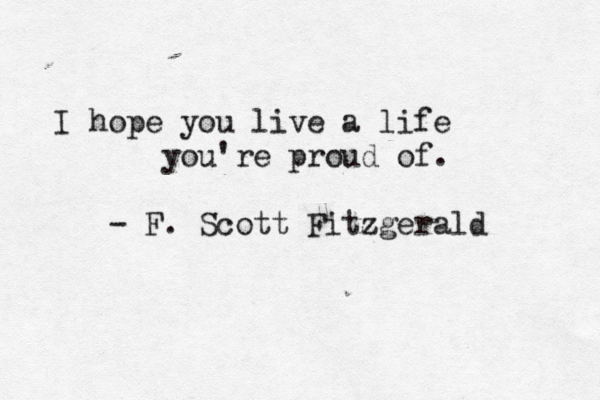 The world, as a rule, does not live on beaches and in country clubs.

To a profound pessimist about life, being in danger is not depressing.

Nothing is as obnoxious as other people's luck.

What'll we do with ourselves this afternoon? And the day after that, and the next thirty years?

Tags: After, Next, Ourselves

Advertising is a racket, like the movies and the brokerage business. You cannot be honest without admitting that its constructive contribution to humanity is exactly minus zero.

His was a great sin who first invented consciousness. Let us lose it for a few hours.

When people are taken out of their depths they lose their heads, no matter how charming a bluff they may put up.

After all, life hasn't much to offer except youth, and I suppose for older people, the love of youth in others.

An author ought to write for the youth of his own generation, the critics of the next, and the schoolmaster of ever afterwards.

To write it, it took three months; to conceive it three minutes; to collect the data in it all my life.

Though the Jazz Age continued it became less and less an affair of youth. The sequel was like a children's party taken over by the elders.

Riches have never fascinated me, unless combined with the greatest charm or distinction.

The idea that to make a man work you've got to hold gold in front of his eyes is a growth, not an axiom. We've done that for so long that we've forgotten there's any other way.

A big man has no time really to do anything but just sit and be big.

No decent career was ever founded on a public.

The compensation of a very early success is a conviction that life is a romantic matter. In the best sense one stays young.

The faces of most American women over thirty are relief maps of petulant and bewildered unhappiness.

Great art is the contempt of a great man for small art.

Her body calculated to a millimeter to suggest a bud yet guarantee a flower.

No grand idea was ever born in a conference, but a lot of foolish ideas have died there.

Scratch a Yale man with both hands and you'll be lucky to find a coast-guard. Usually you find nothing at all.

Much more quotes by F. Scott Fitzgerald below the page.

The victor belongs to the spoils.

You can stroke people with words.

For awhile after you quit Keats all other poetry seems to be only whistling or humming.

Only remember west of the Mississippi it's a little more look, see, act. A little less rationalize, comment, talk.

Switzerland is a country where very few things begin, but many things end.

Genius goes around the world in its youth incessantly apologizing for having large feet. What wonder that later in life it should be inclined to raise those feet too swiftly to fools and bores.

Often people display a curious respect for a man drunk, rather like the respect of simple races for the insane... There is something awe-inspiring in one who has lost all inhibitions.

My idea is always to reach my generation. The wise writer writes for the youth of his own generation, the critics of the next, and the schoolmasters of ever afterward.

Show me a hero and I'll write you a tragedy.

Life is essentially a cheat and its conditions are those of defeat; the redeeming things are not happiness and pleasure but the deeper satisfactions that come out of struggle.

I'm a romantic; a sentimental person thinks things will last, a romantic person hopes against hope that they won't.

Either you think, or else others have to think for you and take power from you, pervert and discipline your natural tastes, civilize and sterilize you.

Tags: Else, Others, Power

It is sadder to find the past again and find it inadequate to the present than it is to have it elude you and remain forever a harmonious conception of memory.

A great social success is a pretty girl who plays her cards as carefully as if she were plain.

All good writing is swimming under water and holding your breath.

Genius is the ability to put into effect what is on your mind.

In a real dark night of the soul, it is always three o'clock in the morning, day after day.

Family quarrels are bitter things. They don't go according to any rules. They're not like aches or wounds, they're more like splits in the skin that won't heal because there's not enough material.

I've been drunk for about a week now, and I thought it might sober me up to sit in a library.