See the gallery for quotes by Franco Harris. You can to use those 7 images of quotes as a desktop wallpapers. 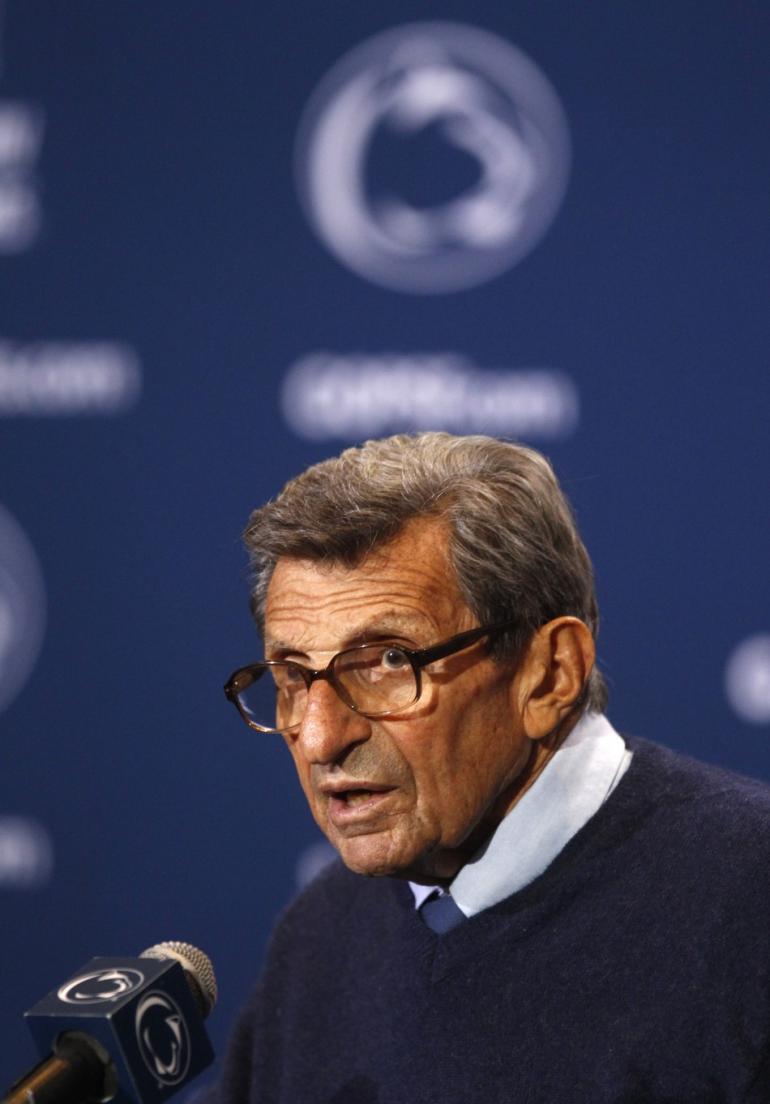 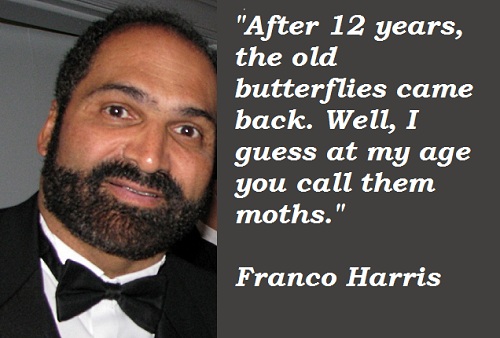 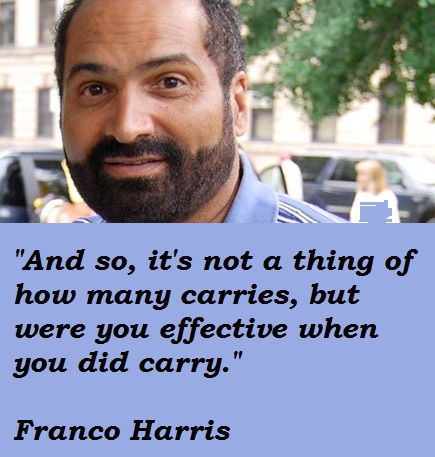 After 12 years, the old butterflies came back. Well, I guess at my age you call them moths.

All I wanted to be was a player.

And so, it's not a thing of how many carries, but were you effective when you did carry.

And, coaching has never been an option for me.

But, as always, Mr. Rooney would come over and shake your hand and congratulate you on a good game, no matter what the situation was.

It's not how you come out of the starting blocks.

The Houston Astrodome was kind of a tough field.

Yes, I would have rather finished up in Pittsburgh.

I really don't look at comparing things that way because even in a 14-game season, there could be a running back who could have a lot more carries than other running backs.

Jack Lambert is mean and relentless wherever he goes, on and off the field! I do remember many times he would chase me in practice but no way would I let him catch me.

Where Joe was more vocal and emotional whereas Chuck was very reserved. But, both of them executed great strategy and both of them demanded a lot of their players. 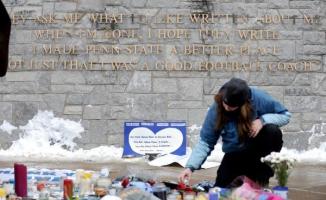 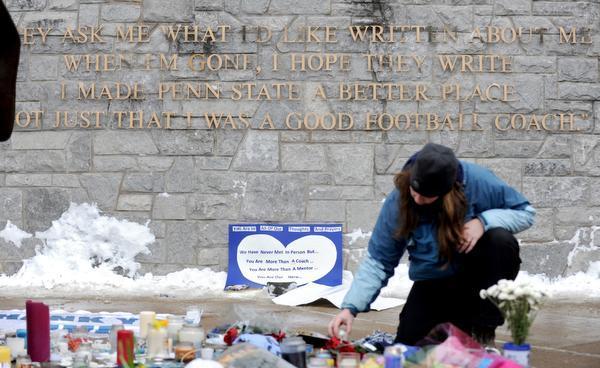