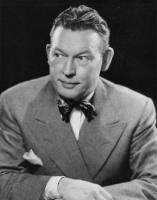 See the gallery for quotes by Fred Allen. You can to use those 8 images of quotes as a desktop wallpapers. 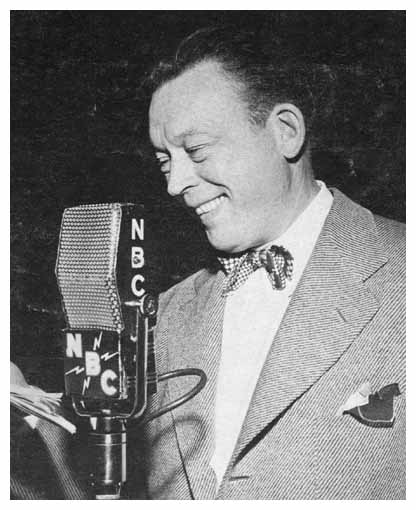 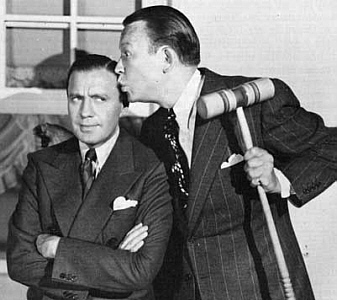 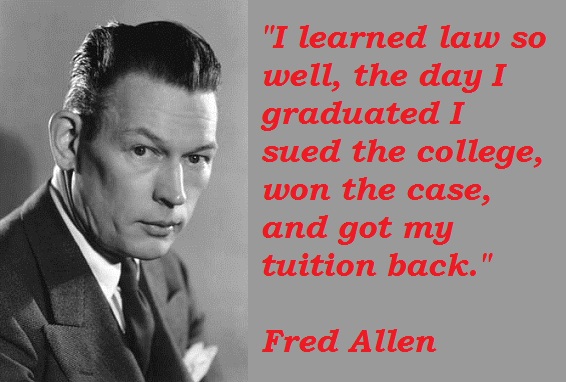 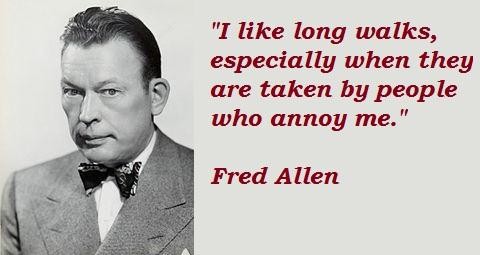 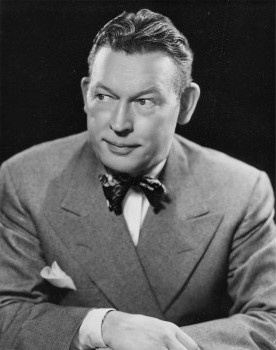 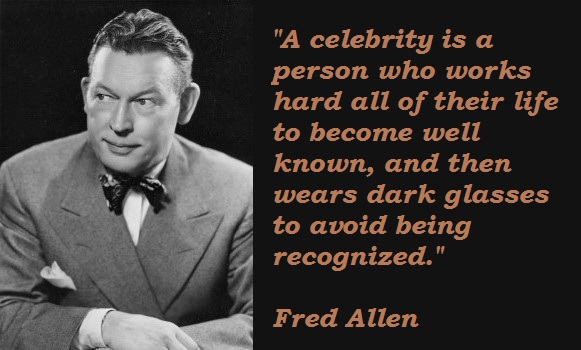 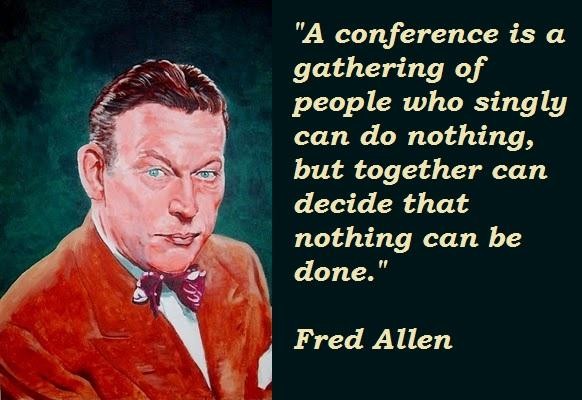 If I could get my membership fee back, I'd resign from the human race.

Most of us spend the first six days of each week sowing wild oats; then we go to church on Sunday and pray for a crop failure.

My father never raised his hand to any one of his children, except in self-defense.

Radio is a bag of mediocrity where little men with carbon minds wallow in sluice of their own making.

Washington is no place for a good actor. The competition from bad actors is too great.

A telescope will magnify a star a thousand times, but a good press agent can do even better.

California is a great place to live if you're an orange.

Committee - a group of men who individually can do nothing but as a group decide that nothing can be done.

During the Samuel Johnson days they had big men enjoying small talk; today we have small men enjoying big talk.

Ed Sullivan will be around as long as someone else has talent.

Tags: Else, Someone, Talent

Her hat is a creation that will never go out of style; it will just look ridiculous year after year.

Tags: After, Her, Year

I can't understand why a person will take a year to write a novel when he can easily buy one for a few dollars.

I don't want to own anything that won't fit into my coffin.

I play a musical instrument a little, but only for my own amazement.

Imitation is the sincerest form of television.

My uncle is a Southern planter. He's an undertaker in Alabama.

Some movie stars wear their sunglasses even in church. They're afraid God might recognize them and ask for autographs.

Television is a device that permits people who haven't anything to do to watch people who can't do anything.

The advertising world had space men in it before spacemen existed.

The first thing that strikes a visitor to Paris is a taxi.

The vice-president of an advertising agency is a bit of executive fungus that forms on a desk that has been exposed to conference.

It is probably not love that makes the world go around, but rather those mutually supportive alliances through which partners recognize their dependence on each other for the achievement of shared and private goals.

Life, in my estimation, is a biological misadventure that we terminate on the shoulders of six strange men whose only objective is to make a hole in one with you.

We are living in the machine age. For the first time in history the comedian has been compelled to supply himself with jokes and comedy material to compete with the machine. Whether he knows it or not, the comedian is on a treadmill to oblivion.

Much more quotes by Fred Allen below the page.

California is a fine place to live - if you happen to be an orange.

I learned law so well, the day I graduated I sued the college, won the case, and got my tuition back.

The last time I saw him he was walking down lover's lane holding his own hand.

The first time I sang in the church choir; two hundred people changed their religion.

What's on your mind, if you will allow the overstatement.

An advertising agency is 85 percent confusion and 15 percent commission.

A celebrity is a person who works hard all of their life to become well known, and then wears dark glasses to avoid being recognized.

A committee is a group of the unprepared, appointed by the unwilling to do the unnecessary.

I don't have to look up my family tree, because I know that I'm the sap.

A committee is a group of people who individually can do nothing, but who, as a group, can meet and decide that nothing can be done.

Television is a medium because anything well done is rare.

I'd rather have a full bottle in front of me than a full frontal lobotomy.

An actor's popularity is fleeting. His success has the life expectancy of a small boy who is about to look into a gas tank with a lighted match.

You can take all the sincerity in Hollywood, place it in the navel of a fruit fly and still have room enough for three caraway seeds and a producer's heart.

All I know about humor is that I don't know anything about it.

Hanging is too good for a man who makes puns; he should be drawn and quoted.

I always have trouble remembering three things: faces, names, and - I can't remember what the third thing is.

I have just returned from Boston. It is the only thing to do if you find yourself up there.

A conference is a gathering of people who singly can do nothing, but together can decide that nothing can be done.

Television is the triumph of machine over people.

A gentleman is any man who wouldn't hit a woman with his hat on.

Hollywood is a place where people from Iowa mistake each other for stars.