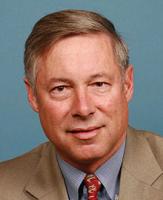 See the gallery for quotes by Fred Upton. You can to use those 7 images of quotes as a desktop wallpapers. 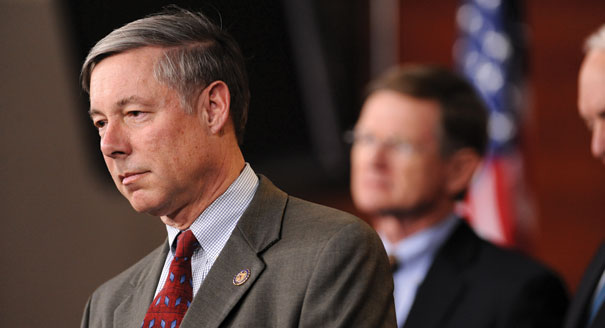 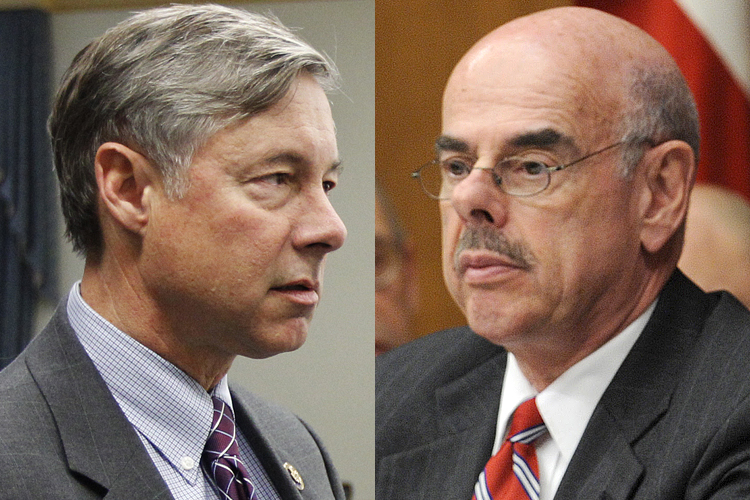 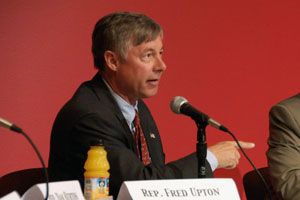 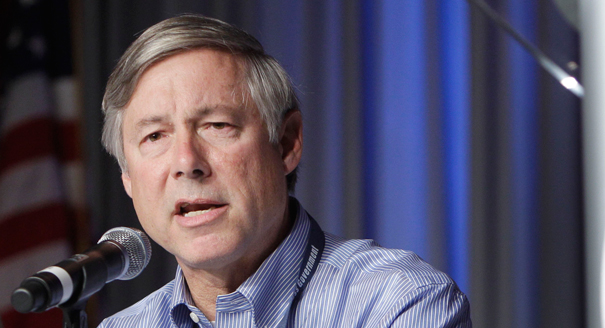 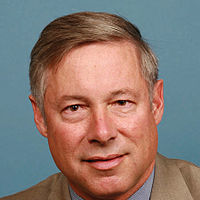 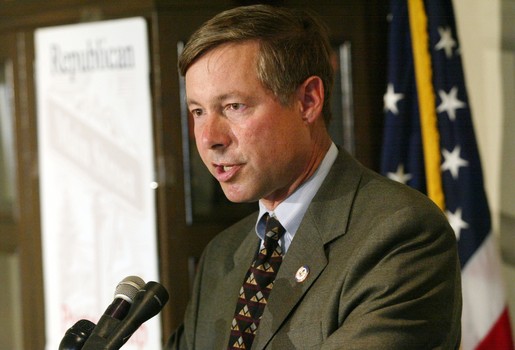 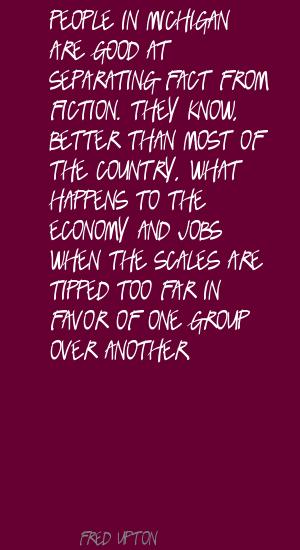 Obamacare is a seriously flawed law that makes health care coverage less affordable, costs taxpayers more than advertised and fails to deliver on most of its other grand promises.

Originally created to serve the poorest and sickest among us, the Medicaid program has grown dramatically but still doesn't include the kind of flexibility that states need to provide better health care for the poor and disadvantaged.

Our work on light bulbs wasn't an arbitrary mandate. We didn't just pick a standard out of the air, or look for a catchy sounding standard like 25 by 2025 not based in science or feasibility. Instead, we worked with both industry and environmental groups to come up with a standard that made sense and was doable.

Prior to passage of Obamacare, Americans spoke out against the individual mandate; they didn't want to change the health care they had; they didn't want a 3,000-page bill that empowered 15 Washington bureaucrats to decide the future of the doctor-patient relationship.

The national debate on health care once centered on improving access to quality care, yet the effect of Obamacare will be the exact opposite, resulting in the shameful degradation of care for the neediest individuals.

While the Left seems obsessed with increasing taxes and spending even more money, conservatives have focused more heavily on the need for spending restraint and entitlement reform - primarily to preserve and protect the future of the Medicare program. Overlooked in all of this is the future of Medicaid.

With the discovery of vast new North American energy resources - thanks to the application of proven technologies like hydraulic fracturing and commonsense regulatory processes on non-federal lands - the U.S. government should no longer be in the business of spending taxpayer dollars on risky, exotic energy projects.

Without international participation, jobs and emissions will simply shift overseas to countries that require few, if any, environmental protections, harming the global environment as well as the U.S. economy.

You shouldn't have an overbearing FCC. Let the market work itself. By allowing companies to compete in an unregulated forum, you're going to allow the faster deployment of new services and new equipment consumers are going to want.

People in Michigan are good at separating fact from fiction. They know, better than most of the country, what happens to the economy and jobs when the scales are tipped too far in favor of one group over another.

Together, we will protect the sanctity of life, ensuring early next Congress that no federal funds are used for abortion.

For those broadcasters who are less than responsible, the FCC needs to have sharper teeth to enforce the law.

I know the exploding cost of health care is at the root of our long-term fiscal challenges.

I think we can lower our emissions. I think the world will be better off if we did that, and we can do it without cap and trade.

I'm not a rubber stamp, and people know that. If you can convince me of the merits, you will have my vote every time.

The Obama administration is on notice - they will not be allowed to regulate what they have been unable to legislate.

We cannot afford the EPA's continued expansion of red tape that is slowing economic growth and threatening to entangle millions of small businesses.

We've heard this before; 'things are bad, we are gonna fix them,' and they remain unfixed.

Much more quotes by Fred Upton below the page.

Americans want and deserve a broad array of health insurance choices so they can identify those that best fit their own individual or family needs. These choices expand when we allow free enterprise to foster innovation, not smother it with taxes and one-size fits all ideology.

An imposing wall prominently divides the visions of President Obama and congressional Republicans when it comes to economic growth and creating jobs. Solyndra is on one side and the Keystone pipeline is on the other.

Common sense tells us that this explosion of media sources should eliminate any concern over a lack of diversity of views in the marketplace and competition.

Cuts in carbon emissions would mean significantly higher electricity prices. We think the American consumer would prefer not to be skinned by Obama's EPA.

If the EPA continues unabated, jobs will be shipped to China and India as energy costs skyrocket. Most of the media attention has focused on the EPA's efforts to regulate climate-change emissions, but that is just the beginning.

It's critical - that the people that are benefiting today from Medicare and Social Security that they not see benefit reductions. It's awfully hard to tell someone who might be 82, that they've gotta go back to work, because their benefits are gonna be chopped. That's not gonna happen.

New discoveries and production of resources like shale oil and gas are dramatically altering our energy supply outlook and the entire global geopolitical landscape. And the pace of change - particularly in the past few years - continues to accelerate.

Nuclear is not only emissions-free, but renewing our commitment to nuclear power will create countless jobs at a time when our nation endures nearly double-digit unemployment.