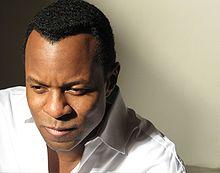 See the gallery for quotes by Geoffrey S. Fletcher. You can to use those 8 images of quotes as a desktop wallpapers. 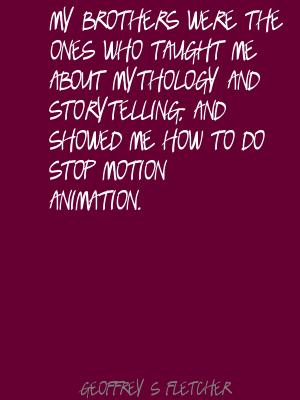 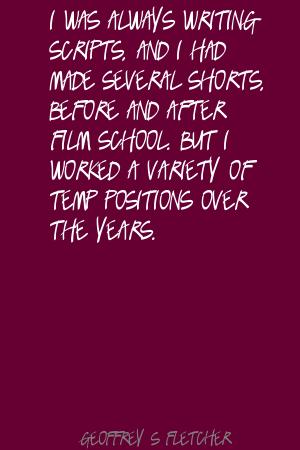 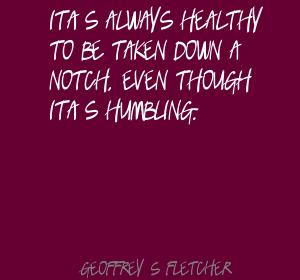 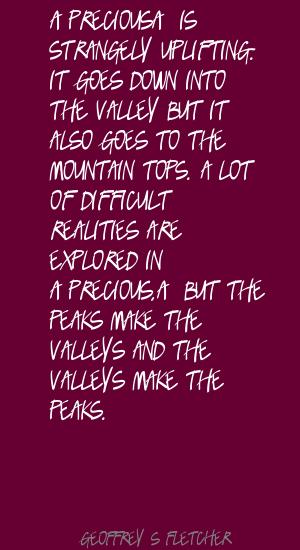 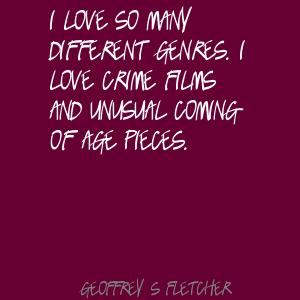 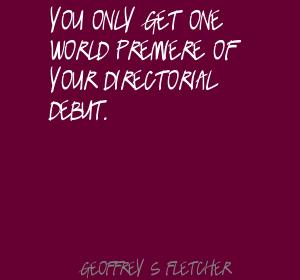 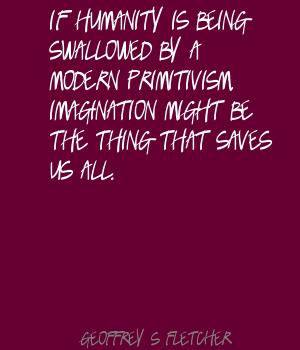 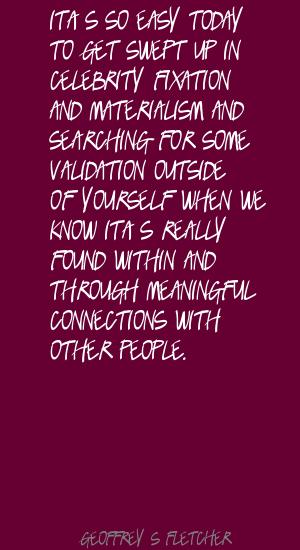 You can be moved by an animated film and not by a live action film. There could be great inspiration in and humanity in that animated story.

From stoplights to skyscrapers, turn anywhere in civilization and you will see imagination at work. It's in our inventions, advances and remedies and how a single parent masterminds each day. Imagination is boundless, surrounds us and resides in us all.

I devoted myself to writing for years without representation or a promise of anything. And there were times when I felt quite down about my prospects.

I often think about the many remarkable things that my personal computer can do which I never ask it to do. I probably use a small fraction of its capabilities. I often wonder if the same dynamic occurs with our capacity for creativity.

In these times of stress, snark, division and despair, I still suspect that two of the most important features we possess are imagination and a capacity for goodness. Those are qualities for which we will be remembered most fondly.

Much more quotes by Geoffrey S. Fletcher below the page.

It may take hundreds of pages before you begin to get a handle on the craft of writing, and your first scripts may not work. The next five to twenty may not either. However, the ones that do work owe everything to the ones that didn't.