See the gallery for quotes by Harry Mathews. You can to use those 5 images of quotes as a desktop wallpapers. 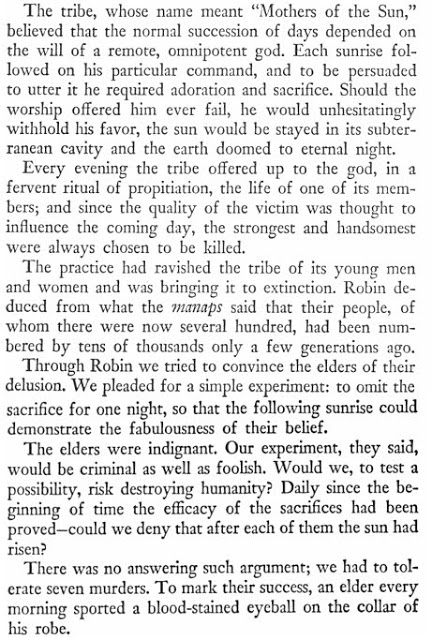 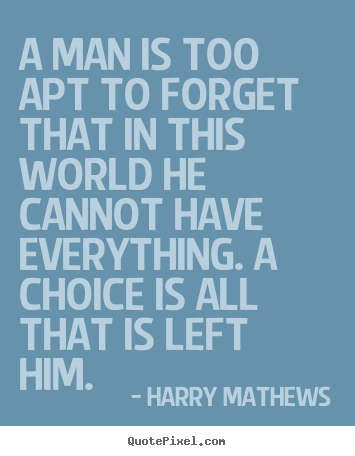 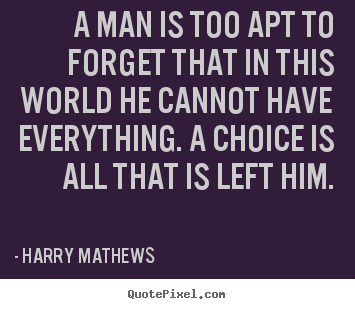 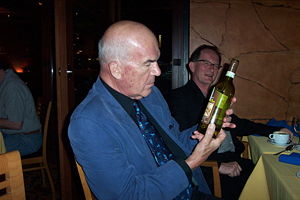 What I wanted to do and what I needed to do was something entirely different, and through reading Roussel I learned that I could do what I wanted all on my own and that I didn't have to rely on what had actually happened in my somewhat limited life and reading.

And I finished college because I thought how much it would upset my parents if I didn't.

My dream, I remember, when I went to boarding school, was to have a study all my own, a little nook someplace where nobody could get at me - nobody, like the football coach.

And then, when I left Princeton in the middle of my sophomore year, I went into the navy.

I graduated in 1952 and went to Europe, with Niki and our first child Laura, who was then a year old.

I left Princeton, but I graduated Harvard, in 1952.

I think situations are more important than plot and character.

I'd been brought up on the Upper East Side in a WASP society, which was death on crutches.

Music had been my first love among the arts, and I was fascinated by it, as I still am.

My Life in CIA is the first time that I've ever written a story in my own name.

My mother could never understand why I didn't write a thriller, which I've finally done.

My next project is to get back to that. Actually, to learn how to write poetry. I'm not kidding.

Well, my relationship to America at the time I left was very limited.

What I said about John was that he liberated me from my anxieties about writing in a correct, acceptable way.

When Niki and I moved to Paris, there was also the challenge of Paris, an extremely daunting city.

After the navy, I transferred to Harvard and finished there. I was there the spring term of 1951 and I stayed through the summer term and a whole other year, so I was able to do two years in a little less than a year and a half.

Much more quotes by Harry Mathews below the page.

I also had this mistaken dream, fantasy really - perhaps because I'm good at languages - of being able in both Italy and France to become someone else through my fluency in the language.

I thought Cheever was magnificent and that if I could write like him that would be the best I could do. And then I realized that what I really wanted to write had nothing to do with what he was doing.

I was immediately smitten with an attraction to this culture, not in the sense of high culture but of the basic way people behaved towards one another.

It has always been something I could do, and it may seem odd that in my case I seem to create an interesting narrative and frustrate the reader's opportunities to follow it at every step.

It's true, I had an extremely delicious life, but that was my life at home, and perhaps because I was only a child, or for whatever reasons, I found the company of others, especially other boys, quite terrifying and upsetting.

My idea was to go to Vienna to study conducting and perhaps play in an orchestra first, so I thought before I got to Vienna I could do with a little training in Paris.

Well, I had this little notion - I started writing when I was eleven, writing poetry. I was passionately addicted to it; it was my great refuge through adolescence.

Well, the great thing for me about poetry is that in good poems the dislocation of words, that is to say, the distance between what they say they're saying and what they are actually saying is at its greatest.