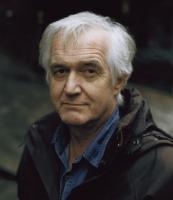 See the gallery for quotes by Henning Mankell. You can to use those 8 images of quotes as a desktop wallpapers. 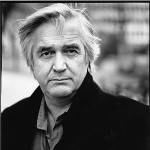 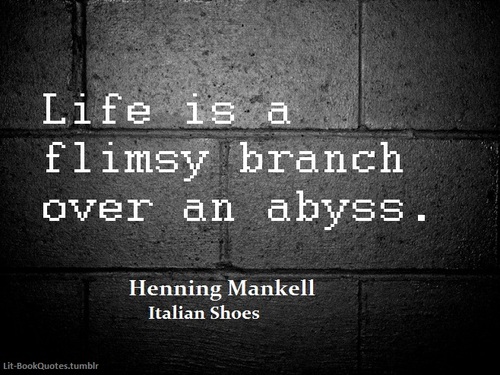 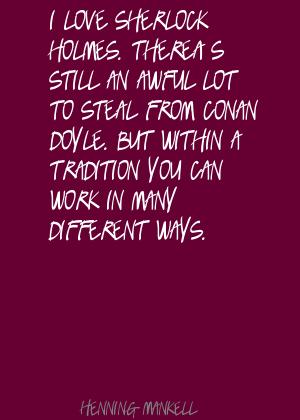 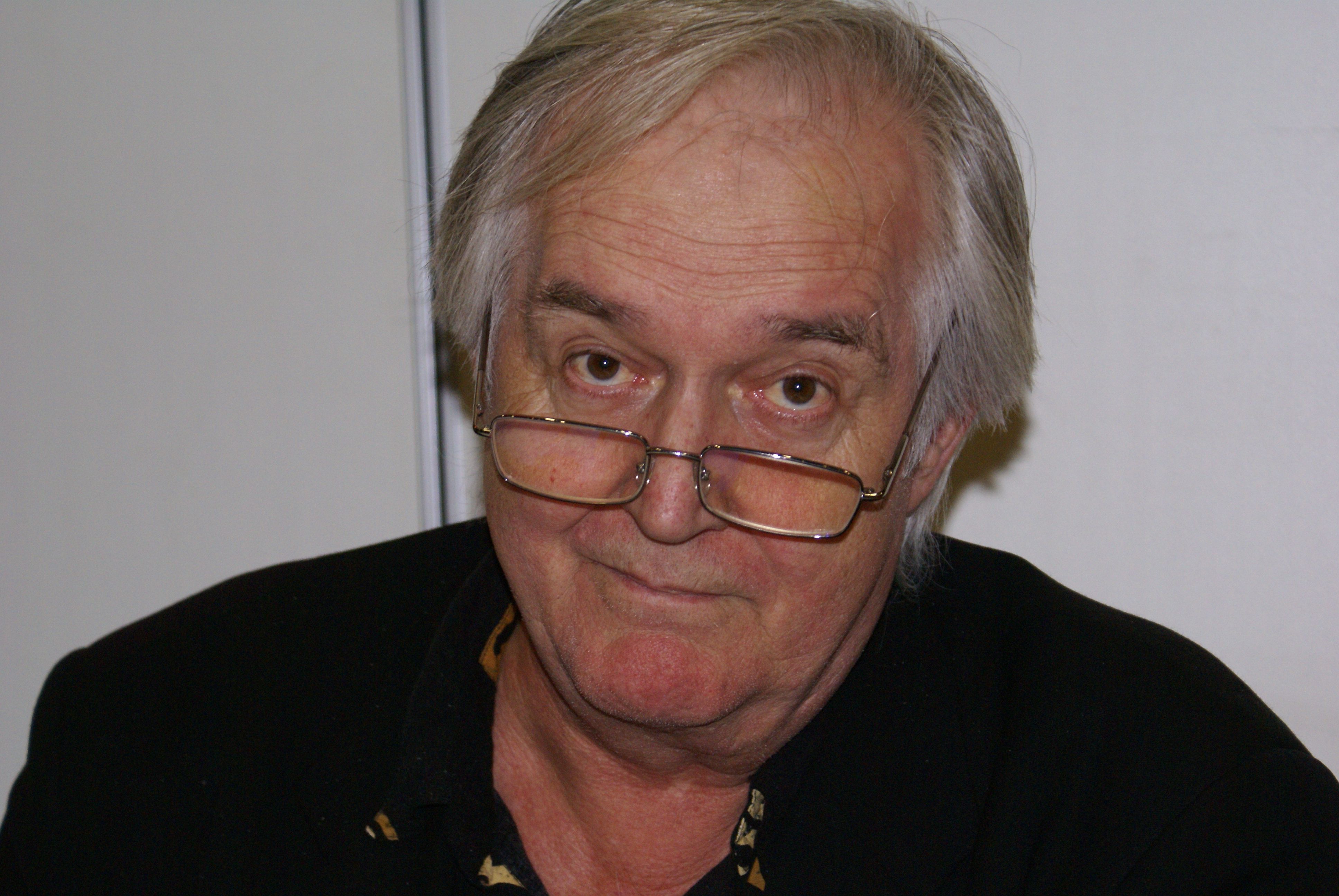 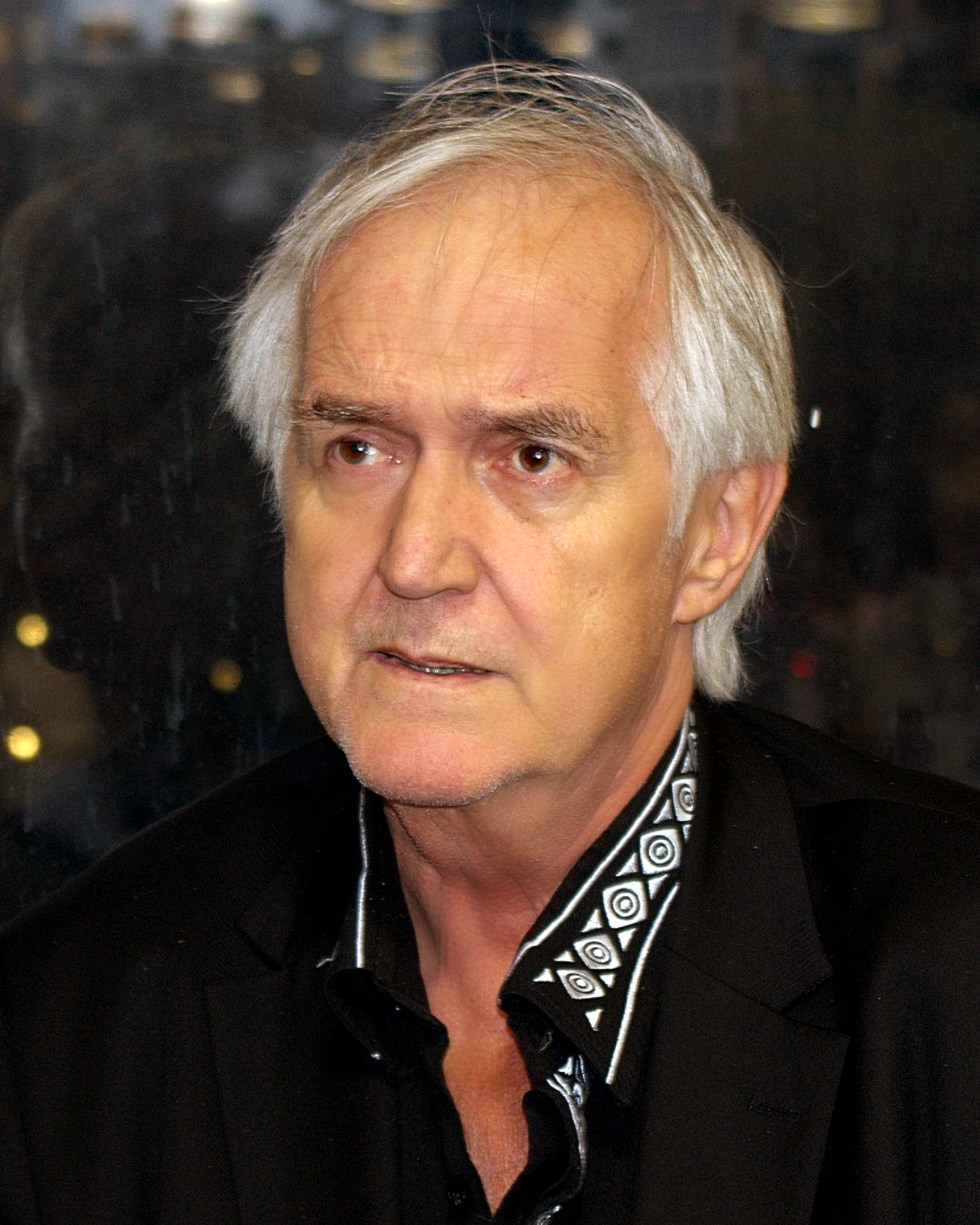 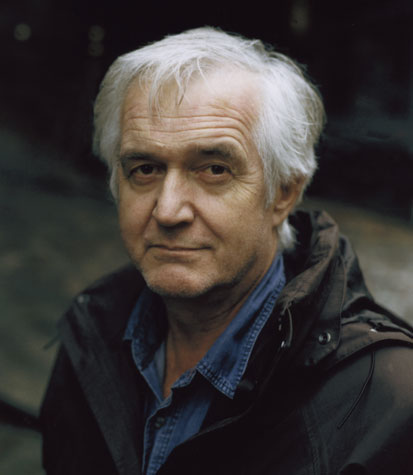 I decided to become an author when my grandmother taught me to write, when I was six. I can still recall the sensation of being able to turn words into stories. It was a miracle.

I still have a photo on my wall of the greatest idol I will ever have in my life, and it's myself at eight. Because that's when the forces of imagination have the same value as the real world, when they're an instrument of survival: when my mother disappeared, and I imagined a mother. That was me at my best.

I work every day until I do not have more to say. I learned from Graham Greene that a very good way is to stop work in the middle of a sentence. Then you know exactly how to continue the day after.

I work in an old tradition that goes back to the ancient Greeks. You hold a mirror to crime to see what's happening in society. I could never write a crime story just for the sake of it, because I always want to talk about certain things in society.

I would say that during my lifetime, one of the worst political scandals in Sweden was absolutely what happened surrounding the affair of the submarines in Swedish waters in 1982, where there were supposed to be Russian submarines close to Stockholm. And the military of Sweden never got one up.

I'm quite sure Shakespeare enjoyed writing Iago much more than he did writing Othello. If you write about someone you love, what the hell are you supposed to say about that person? It's much better to have something between you and your main character that grates.

In Africa, listening is a guiding principle. It's a principle that's been lost in the constant chatter of the Western world, where no one seems to have the time or even the desire to listen to anyone else.

It is obviously no secret that I earn a lot of money. But it is also no secret that I give most of it away. I don't live a luxurious life. I drive a small second-hand Fiat. I don't have to worry about money, which is itself a privilege. But I never had any anxiety that I would lose my identity.

Many words will be written on the wind and the sand, or end up in some obscure digital vault. But the storytelling will go on until the last human being stops listening. Then we can send the great chronicle of humanity out into the endless universe.

Normally street children are shown in terms of the tragedy of their lives - which is true - but there's also another dimension: their wisdom, dignity and enormous capacity for survival.

Sweden is still a very peaceful country to live in. I think that people in Britain have created this mythology about Sweden, that it's a perfect democratic society full of erotically charged girls.

The fundamental driving force for me is to create a change in the world we live in... It is about exploitation, plundering and degradation. I have a small possibility to participate in the resistance. Most of the things that I do are part of a resistance, a form of solidarity work.

The wonderful Mozambican people have endured tremendous misery without losing their dignity and their positive outlook on life. Moreover, they have not lost their will to progress and develop. Mozambique is a country where the people never surrendered.

There is always a sacred hour in the theatre - after rehearsals and before performances, in the afternoon, between three and five o'clock. Normally the theatre is empty then, and this is a wonderful hour.

Tags: After, Between, Wonderful

Too often we learn everything about how an African dies, but nothing about how he lives. But they learn and live and love and dream just like we do. That's not to say there are not a hell of a lot of problems in Africa. But there is also another side to that story.

Well, I believe that life is very complicated. And in a way, the only way you can show life in a truthful way is to show how complicated it is as an individual, but also your relation between a complicated life and the complications you have inside you.

What differentiates us from animals is the fact that we can listen to other people's dreams, fears, joys, sorrows, desires and defeats - and they in turn can listen to ours.

When I was a very young author, I knew I needed to build myself a tower outside of Europe. Like when you're a hunter, and build towers to watch the animals move. I knew I would never understand the world without that perspective. I came to Africa for that rational reason, although I love Mozambique now.

When you are around 60, there are certain things that are completely terrifying. One of them is that you have made the wrong choices in life, and now it's too late to do anything about them.

I am not afraid of dying. I have lived longer than most people in the world. What scares me is to have a body that works but a brain that is waving goodbye. If that happens, I hope I die quickly.

I love Sherlock Holmes. There's still an awful lot to steal from Conan Doyle. But within a tradition you can work in many different ways.

Africa was the most exotic place I could conceive of - the end of the world - and I knew I would go there one day.

Much more quotes by Henning Mankell below the page.

An oppressed people will always rise.

I do not understand how on earth you can become a writer without seeing the world.

I think my Wallander stories give a fairly good image of the world in the 1990s. I don't regret anything about that - on the contrary!

I'm not very much of a reader really, because I find much of it very bad, very uninteresting, very speculative.

My mother did what many men do. She left.

One of the agonies of being an author is to know when to stop writing.

Shakespeare is in many ways an African writer and 'Hamlet' would be seen as a very accurate historical saga about an African kingdom.

When someone asks me to list the 10 best novels ever written, I always refuse to answer.

You can have more than one home. You can carry your roots with you, and decide where they grow.

Although I never marched through the streets shouting for Mao, I do believe that the liberation of China at the end of the 1940s was a wonderful thing and to provide its people with a billion pairs of shoes and trousers was a fantastic achievement.

Although many of his other novels are brilliant there is a power in 'Oliver Twist' that I believe Dickens never managed to retrieve. It is as if he was sent to this earth with the sole purpose of writing this book.

As a writer, I am an intellectual. I believe in the ideals of the Enlightenment, I believe in the written word, in dialogue and in truth. I hate lies more than anything else. Most of the time I react by writing.

At the time of independence in 1975, Mozambique was extremely poor. Many Portuguese residents abandoned the country, leaving only a handful of well-educated Mozambicans to try to run the country.

Certainly, I know what it's like to be obsessed. I haven't always been there for my children. They could reach me, but I wasn't always there. But, you know, that's not necessarily anything to do with being a writer. I mean, a taxi driver could have the same problem... Maybe.

For me 'Oliver Twist' is a political novel. It is a furious critique of the treatment of orphans and poor children who were forced to spend their early lives in ghastly institutions.

Go to Mozambique! As long as you don't expect to find flawless infrastructure, just go. Because this is a country where people have not quite grown accustomed to tourists. You still feel a genuineness that no longer exists in countries where tourism has been industrially developed.

Have I ever written anything that has really changed something? What I believe is that you can't change anything without using art. I believe that the drops wear away the stone. I try to be part of that army.

I am a very radical person - as radical now as I was when I was younger. So my books all have in common my search for understanding of the terrible world we are living in and ways to change it.

I came to Mozambique in 1986, when I first became involved with Teatro Avenida - a theatre company that stages plays concerned with political and social issues.

I can still remember. I was ill, and I was seven, and my father didn't want me to just read children's books. He came with Conan Doyle. I tried, and I liked it. I think the first I read was 'The Sign of the Four'; 'Study in Scarlet' was the next one. Then I guess I stayed home a few extra days from school to read.