See the gallery for quotes by Indra Nooyi. You can to use those 8 images of quotes as a desktop wallpapers. 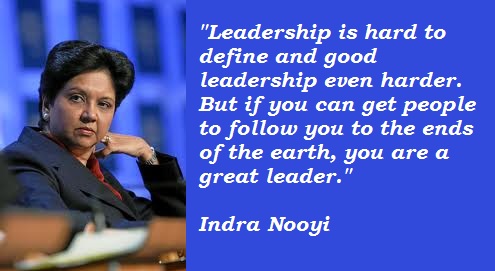 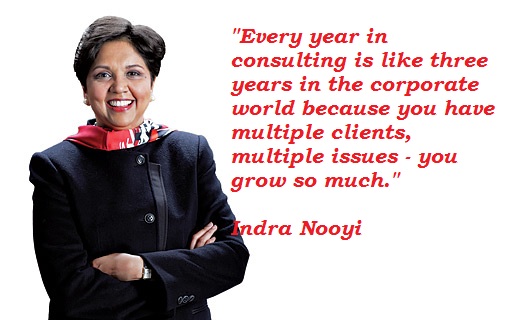 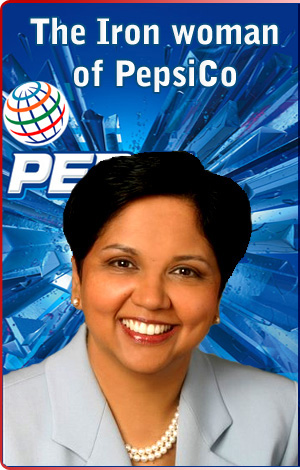 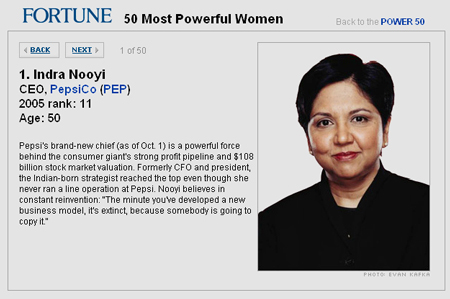 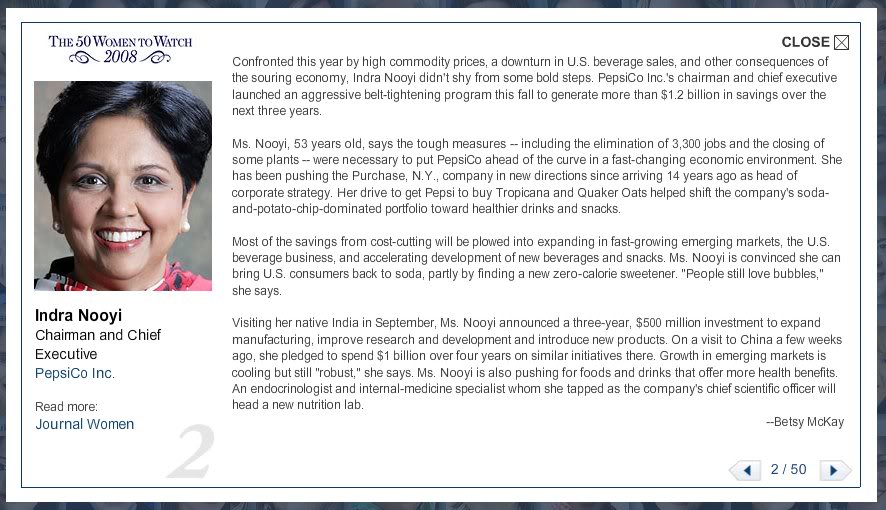 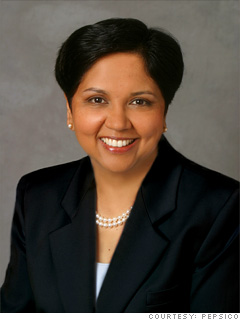 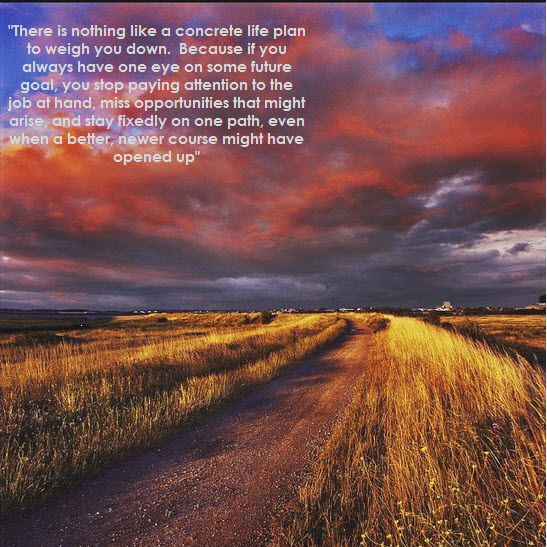 Leadership is hard to define and good leadership even harder. But if you can get people to follow you to the ends of the earth, you are a great leader.

I'm very honest - brutally honest. I always look at things from their point of view as well as mine. And I know when to walk away.

Every year in consulting is like three years in the corporate world because you have multiple clients, multiple issues - you grow so much.

Just because you are CEO, don't think you have landed. You must continually increase your learning, the way you think, and the way you approach the organization. I've never forgotten that.

As a leader, I am tough on myself and I raise the standard for everybody; however, I am very caring because I want people to excel at what they are doing so that they can aspire to be me in the future.

But the good news was that my elder sister refused to get married straight away and I couldn't get married until she did so I had the licence to go off and dream.

I've been around the bend in corporations.

PepsiCo did not have a woman in the senior ranks, nor a foreign-born person who was willing to think differently.

I asked my parents for permission to study in America and they were so sure that I wouldn't get in and get a scholarship that they encouraged me to try. So I applied to Yale and got an excellent scholarship. I then worked for the Boston Consulting Group for six and half years.

I grew up in a Hindu household but went to a Roman Catholic school. I grew up with a mother who said, 'I'll arrange a marriage for you at 18,' but she also said that we could achieve anything we put our minds to an encourage us to dream of becoming prime minister or president.

The one thing I have learned as a CEO is that leadership at various levels is vastly different. When I was leading a function or a business, there were certain demands and requirements to be a leader. As you move up the organization, the requirements for leading that organization don't grow vertically; they grow exponentially.

We are in a bit of a policy box and it's going to require us being willing to give up one of the two, which is it's okay to take on more deficits but lets put in some massive spending. Alternatively to say, 'we're going to go through structural unemployment for a while because we want to address deficits.'

Tags: Give, Put, While

When I was president of the company, I said, 'Okay, I can do this - piece of cake.' Then when you are the CEO, the responsibilities multiply enormously because you worry about everything.