See the gallery for quotes by Jacki Weaver. You can to use those 8 images of quotes as a desktop wallpapers. 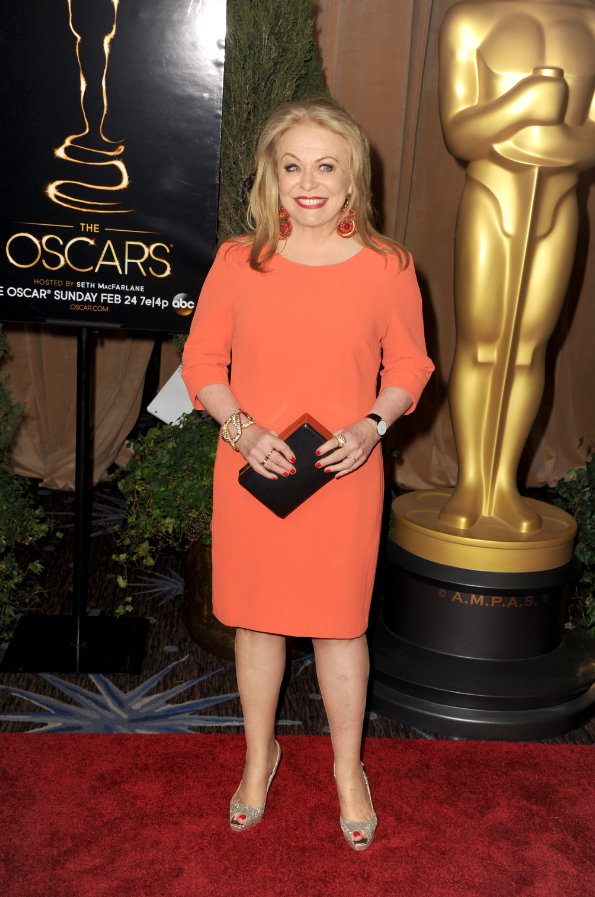 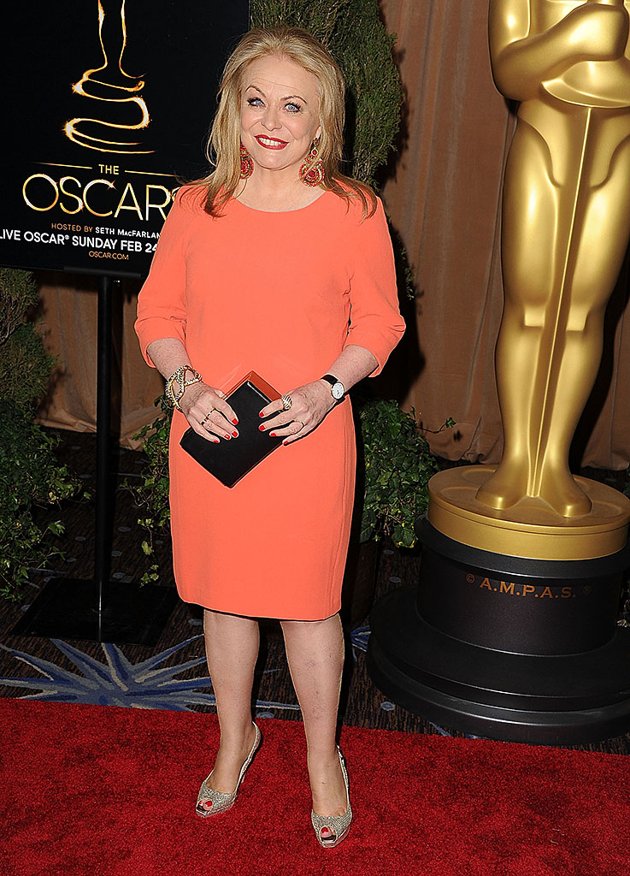 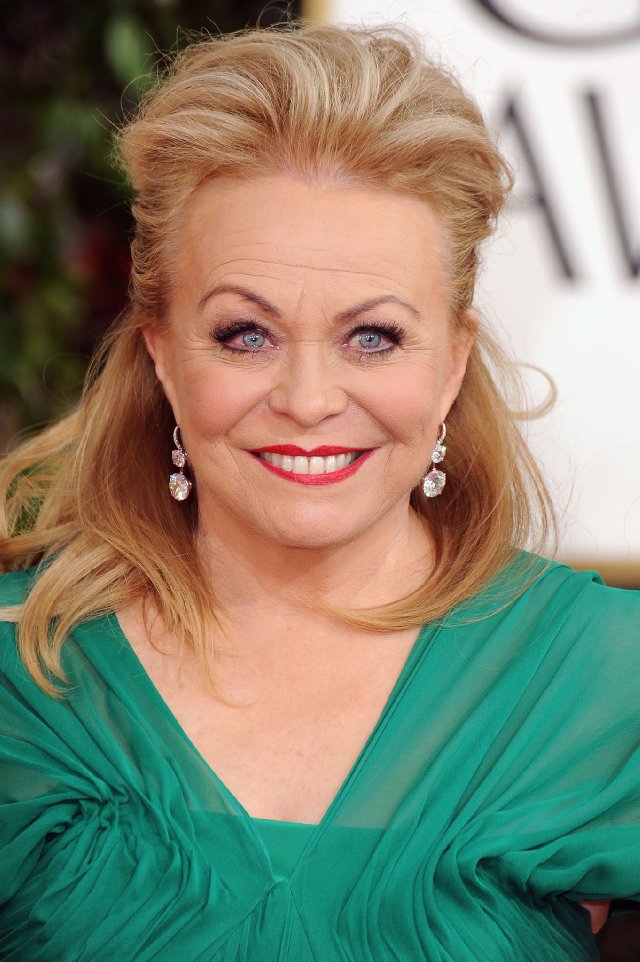 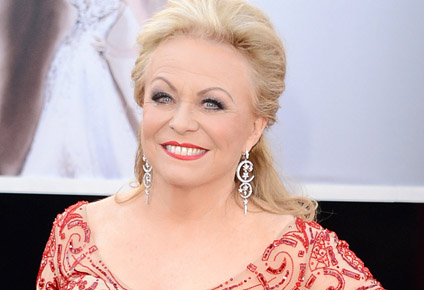 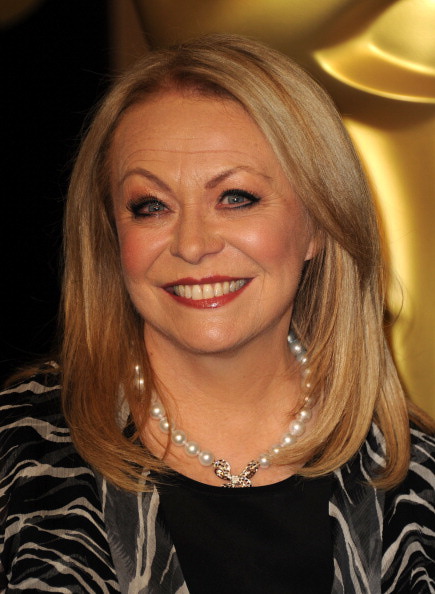 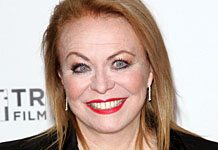 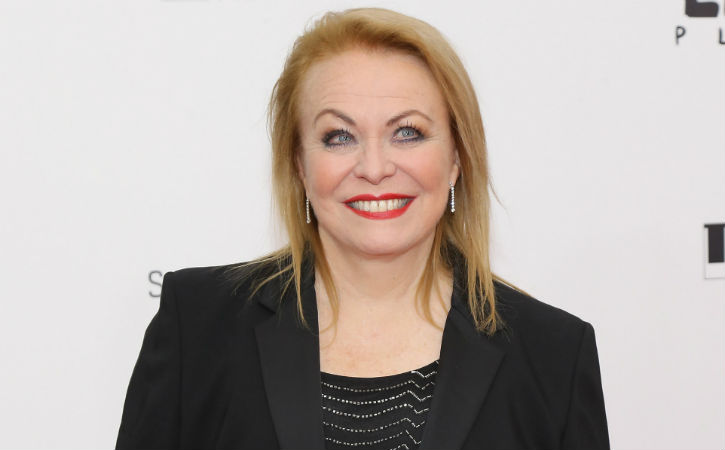 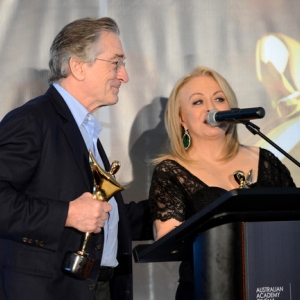 You learn stuff from every character you play about the human condition that can be quite enlightening.

A lot of actors, whatever movie you're working on, you make up a back story just for your own, to work off, even if the audience doesn't have it revealed to them. I think it's important that the audience makes up their own mind.

A lot of directors want to storyboard you, whereas the best way to get a performance out of an actor is a collaborative process where you listen to the actor's input.

Every director's so different. Everybody has their own modus operandi and I love getting to know different directors in the way they work. David O. Russell is very exciting to be with because he's got a mind like quicksilver.

I do a lot of American plays. I've done a lot of Arthur Miller, Tennessee Williams and Neil Simon. I was in 'Sisters Rosensweig,' 'Six Degrees of Separation,' all of that stuff. So we're very familiar with America. I did 400 performances of 'Born Yesterday.' I did 700 performances of 'They're Playing Our Song.'

I live for my work, apart from my family who come first. And I live to tell stories and pretend to be other people, it's something I've been doing since I was 3 years old. Maybe it's because I'm intrinsically bored with myself, and I find other people more interesting.

I live for my work, apart from my family who come first. And I live to tell stories and pretend to be other people, it's something I've been doing since I was 3 years old. Maybe it's because I'm intrinsically bored with myself, and I find other people more interesting. The more different they are, the bigger the challenge.

I love gay Mardi Gras in Sydney, which is a big parade, a big march that thousands and thousands of people participate in. And there's one little group... well it's not little, it's got hundreds of people marching, and they're all very sweet, middle-aged and elderly people who are the parents of gay children who are out and proud.

I love pretending to be other people. The more unlike me they are the better - I find other people endlessly fascinating and myself incredibly boring.

I love when I am not typecast. I've been acting for 50 years. I was such a baby face; I was playing children until I was in my 30s, which frustrated me enormously. Now that I am 65 and getting to play women in their 50s, I am getting paid back for having to play children for so long.

I've always said about awards that they're meaningless until you win one, and then they're best thing in the world. The other thing about awards is that they engender respect from areas where it might never have come from without it.

I've done a lot of plays before where I had to do a New York accent, but never a Philly one before. They do the rhotic 'r' - where you say the 'r' - where most New Yorkers don't.

I've had five weddings but if I'm really honest and if I count significant de factos... I've had nine husbands... which sounds appalling but when you consider I started at 18 and I'm 65 it's not so bad.

I've had my share of villains and played some fairly nasty characters. But I've been acting for so long. I started out as the girl next door. Now I'm the grandmother next door.

In Australia, I grew up watching 'The Mickey Mouse Club,' my son grew up watching 'Sesame Street,' my grandson's growing up watching 'Dora The Explorer.' So we are sort of saturated with American culture from the day we're born, and to those of those who do have an ear for it, it's second nature.

It wasn't on my agenda, but the thing about getting important awards is it makes the adventure of your career have a little more possibility. I think just what's happened so far is already making the opportunities more interesting, even though I'm at the twilight of my career of like 48 years.

It's a basic tenet you learn at drama school. If you're playing someone evil, you can't make an objective moral judgment. You've got to get inside the character and empathize as much as possible.

It's funny in the U.K., where I'm not really known because I never did a soap. My English cousins in the Lake District think I'm not a real actor because they've never seen me in 'Home and Away' or 'Neighbours.'

No, I'm so well-known at home I think they think of me like a piece of comfortable furniture that's always been around that they're not going to throw out.

Sexism is alive and well! We were saying this forty years ago. I'm an optimist, so I like to think we've progressed in some ways - in Australia, we get equal pay.

The Oscar buzz when I was nominated was totally overwhelming. I think I can cope with anything now that I've coped with that. It was huge. It makes you realize, coming from a small country like Australia, what an enormous industry it is in America.

This friend of mine said he was surprised to find that - I don't think it's quite a majority - a bigger percentage of actors are introverts than extroverts. It was a big surprise to him. Now, I know me, and I'll do anything if I'm playing a character. Or anything that's true to the character, anyway. But in real life I'm a little more withdrawn.

Well, I've been acting for 50 years now, professionally. I've been acting a lot longer. My mother reckons I was acting when I got out of the womb. But because I've been working in the theater, I've probably only done about 25 movies but I've done more than 100 plays.

When I was seven, I wanted to be Esther Williams. I was drummed out of Brownies because I snuck off to the cinema to watch an Esther Williams festival - my greatest wish if I get to Hollywood is to meet her.

Much more quotes by Jacki Weaver below the page.

When you get as old as I am, you kind of believe there's nothing new under the sun, but there's always a fresh way of looking at something. That's why I love working with young people. They remind you of things you used to know and have since forgotten.

The thing about being an actor is that every new job is a new challenge. Sometimes you'll have a shot, and it doesn't work. Sometimes it'll work better than you expected.

A lioness has got a lot more power than the lion likes to think she has.

Everything the Coen brothers do is brilliant.

I believe in sex on a first date. Otherwise, how do you know if a second date is worth the effort?

I do have friends in Australia who now refer to me as 'Hollywood Jack.'

I don't play many characters like myself. Oh I don't know what I am!

I guess just a lively imagination is the best effort an actor can have.

Tags: Hate, Off, Quite

I love a bit of a sequin and a bead. I do, even though I usually wear trousers, when I put a frock on. I like a bead or a sequin.

I love getting presents. And awards. I'd do whatever they told me to do.

Tags: Getting, Love, Whatever

I usually do get to play the very sweet, charming roles... but I'm not an obvious kind of villain.

I was an adventurer, and I got married a few times. I kept trying to find a relationship as good as my parents'.

I'm a nice middle-class girl in real life, and I'm a mom and a grandma, and I usually play sweet characters.

I'm always shy when I meet people I admire so I wouldn't be able to say anything rather than, 'How do you do? Love you! Bye!'

I'm in fact Australian but my mother's English so I've got no problem playing a domineering English woman.

It's a very generous culture, American culture. I know you can't generalize 300 million people, but everyone I've met here has been so lovely to me.

It's one of the functions of the theater to shock and titillate and appall, apart from entertain and delight.

Most Australians who've got an ear can do an American accent because we grow up listening to them on television and in movies.

'Promiscuous' implies that I'm not choosy. In fact I'm very choosy. I just happen to have had a lot of choices.

The eyes are the windows of your soul, and when you're acting, they're one of your most important instruments. Especially for close-ups!

They call David O. Russell the actor whisperer because he can get stuff out of actors that maybe some other directors can't.

We're becoming so much better at destigmatizing all sorts of things, including mental illness in 'Silver Linings.'