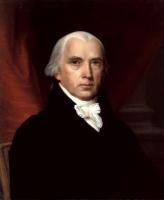 See the gallery for quotes by James Madison. You can to use those 8 images of quotes as a desktop wallpapers. 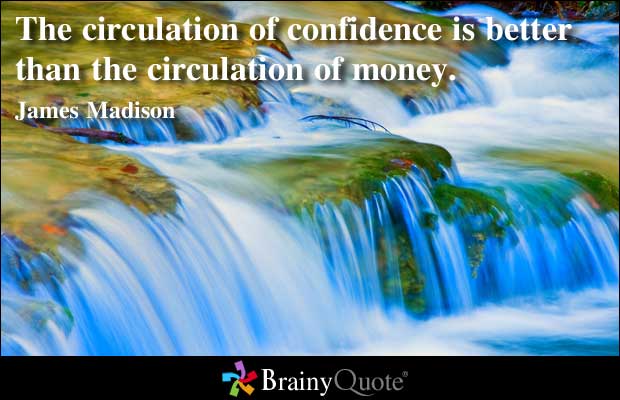 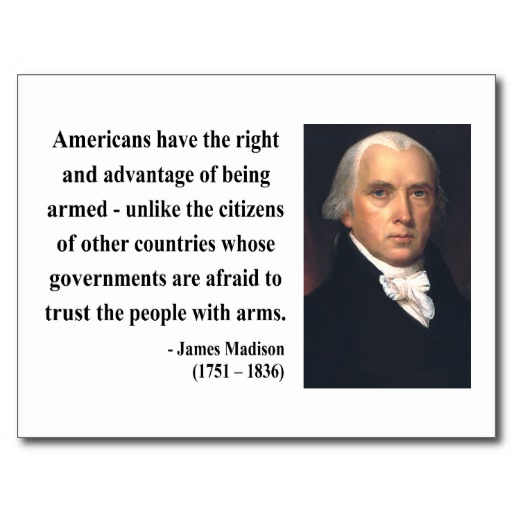 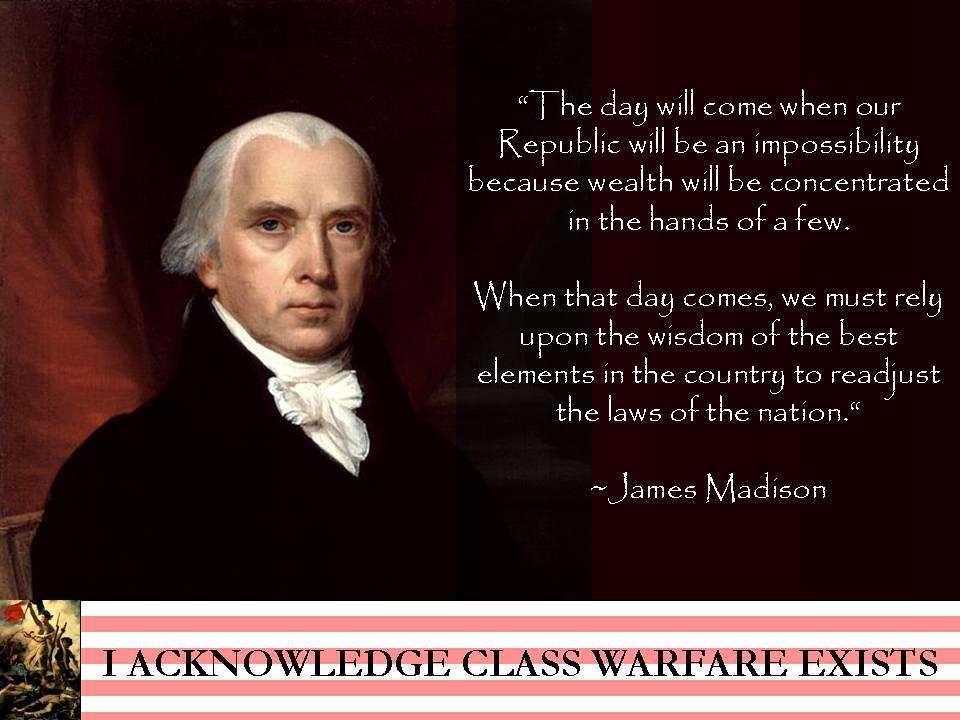 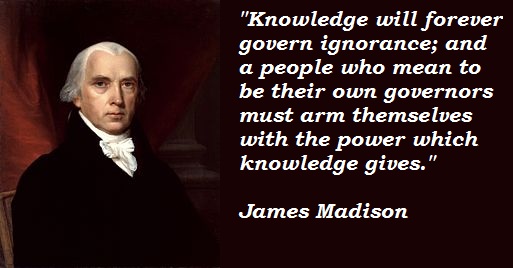 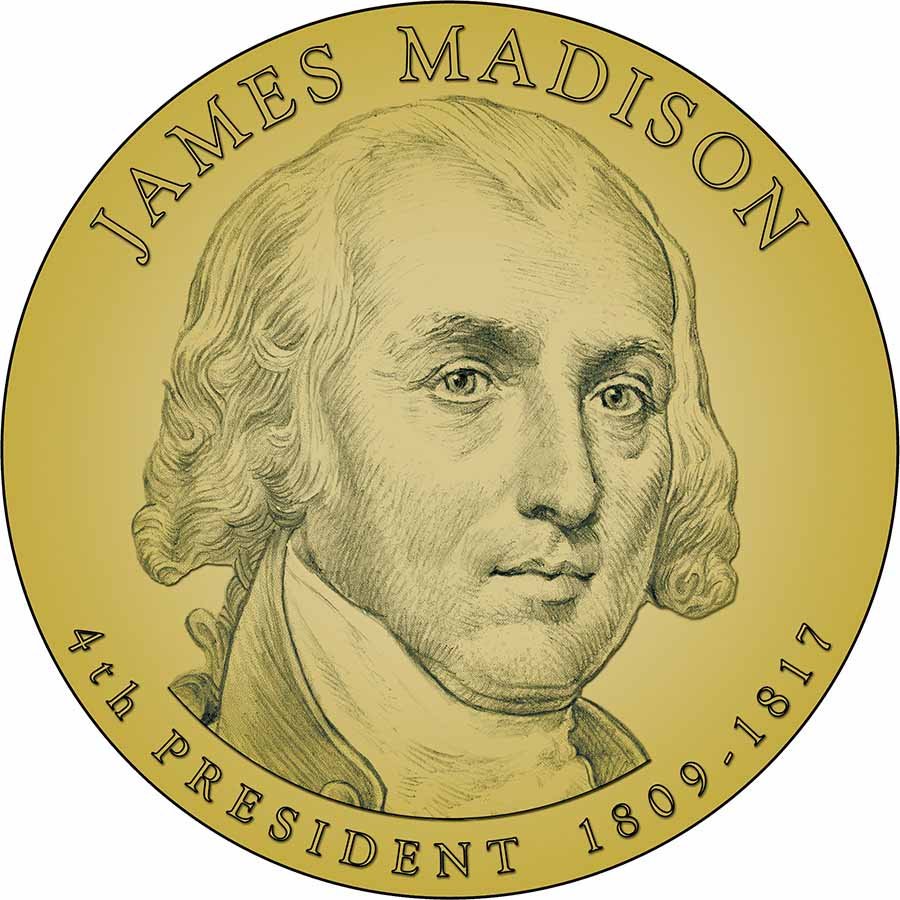 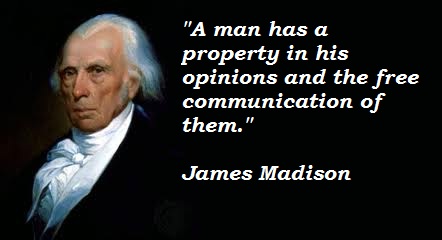 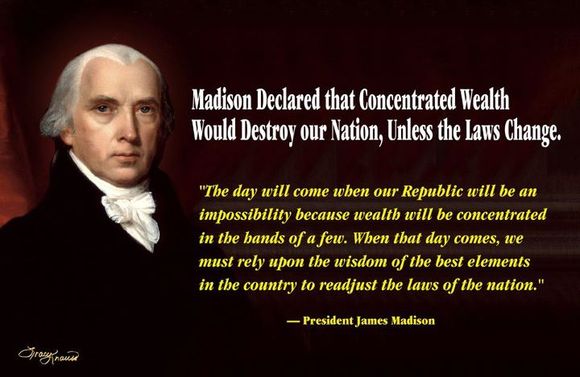 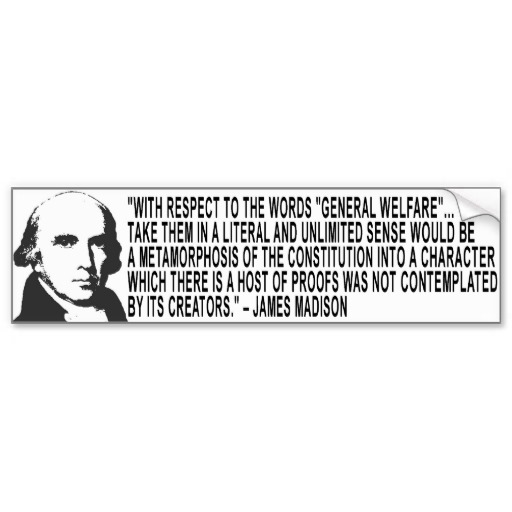 Ambition must be made to counteract ambition.

Religious bondage shackles and debilitates the mind and unfits it for every noble enterprise, every expanded prospect.

All that seems indispensible in stating the account between the dead and the living, is to see that the debts against the latter do not exceed the advances made by the former.

Religion flourishes in greater purity, without than with the aid of Government.

The advancement and diffusion of knowledge is the only guardian of true liberty.

The personal right to acquire property, which is a natural right, gives to property, when acquired, a right to protection, as a social right.

Much more quotes by James Madison below the page.

The rights of persons, and the rights of property, are the objects, for the protection of which Government was instituted.

The capacity of the female mind for studies of the highest order cannot be doubted, having been sufficiently illustrated by its works of genius, of erudition, and of science.

There is no maxim, in my opinion, which is more liable to be misapplied, and which, therefore, more needs elucidation, than the current one, that the interest of the majority is the political standard of right and wrong.

Any reading not of a vicious species must be a good substitute for the amusements too apt to fill up the leisure of the labouring classes.

I should not regret a fair and full trial of the entire abolition of capital punishment.

The internal effects of a mutable policy poisons the blessings of liberty itself.

War contains so much folly, as well as wickedness, that much is to be hoped from the progress of reason.

By rendering the labor of one, the property of the other, they cherish pride, luxury, and vanity on one side; on the other, vice and servility, or hatred and revolt.

I have no doubt but that the misery of the lower classes will be found to abate whenever the Government assumes a freer aspect and the laws favor a subdivision of Property.

What prudent merchant will hazard his fortunes in any new branch of commerce when he knows not that his plans may be rendered unlawful before they can be executed?

The diversity in the faculties of men, from which the rights of property originate, is not less an insuperable obstacle to an uniformity of interests. The protection of these faculties is the first object of government.

Despotism can only exist in darkness, and there are too many lights now in the political firmament to permit it to remain anywhere, as it has heretofore done, almost everywhere.

A sincere and steadfast co-operation in promoting such a reconstruction of our political system as would provide for the permanent liberty and happiness of the United States.

Every nation whose affairs betray a want of wisdom and stability may calculate on every loss which can be sustained from the more systematic policy of its wiser neighbors.

To the press alone, chequered as it is with abuses, the world is indebted for all the triumphs which have been gained by reason and humanity over error and oppression.

Learned Institutions ought to be favorite objects with every free people. They throw that light over the public mind which is the best security against crafty and dangerous encroachments on the public liberty.

What spectacle can be more edifying or more seasonable, than that of Liberty and Learning, each leaning on the other for their mutual and surest support?

If Tyranny and Oppression come to this land, it will be in the guise of fighting a foreign enemy.

Knowledge will forever govern ignorance; and a people who mean to be their own governors must arm themselves with the power which knowledge gives.

Americans have the right and advantage of being armed - unlike the citizens of other countries whose governments are afraid to trust the people with arms.

Do not separate text from historical background. If you do, you will have perverted and subverted the Constitution, which can only end in a distorted, bastardized form of illegitimate government.

The Constitution preserves the advantage of being armed which Americans possess over the people of almost every other nation where the governments are afraid to trust the people with arms.

The purpose of separation of church and state is to keep forever from these shores the ceaseless strife that has soaked the soil of Europe with blood for centuries.

No nation could preserve its freedom in the midst of continual warfare.

A well regulated militia, composed of the body of the people, trained in arms, is the best most natural defense of a free country.

If men were angels, no government would be necessary.

The means of defense against foreign danger historically have become the instruments of tyranny at home.

Where an excess of power prevails, property of no sort is duly respected. No man is safe in his opinions, his person, his faculties, or his possessions.

A popular government without popular information or the means of acquiring it, is but a prologue to a farce, or a tragedy, or perhaps both.

In Republics, the great danger is, that the majority may not sufficiently respect the rights of the minority.

All men having power ought to be distrusted to a certain degree.

It is a universal truth that the loss of liberty at home is to be charged to the provisions against danger, real or pretended, from abroad.

The class of citizens who provide at once their own food and their own raiment, may be viewed as the most truly independent and happy.

A man has a property in his opinions and the free communication of them.

Let me recommend the best medicine in the world: a long journey, at a mild season, through a pleasant country, in easy stages.

The loss of liberty at home is to be charged to the provisions against danger, real or imagined, from abroad.

America was indebted to immigration for her settlement and prosperity. That part of America which had encouraged them most had advanced most rapidly in population, agriculture and the arts.