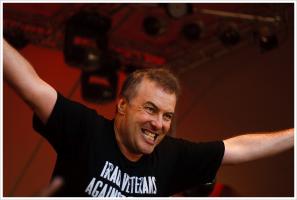 See the gallery for quotes by Jello Biafra. You can to use those 8 images of quotes as a desktop wallpapers. 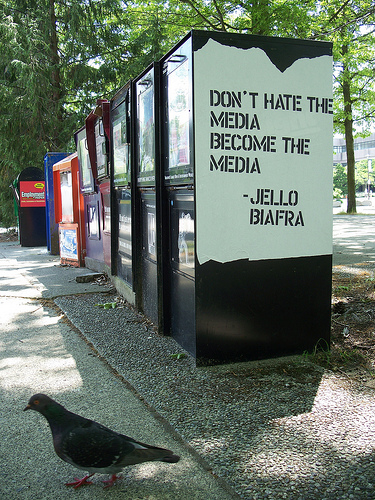 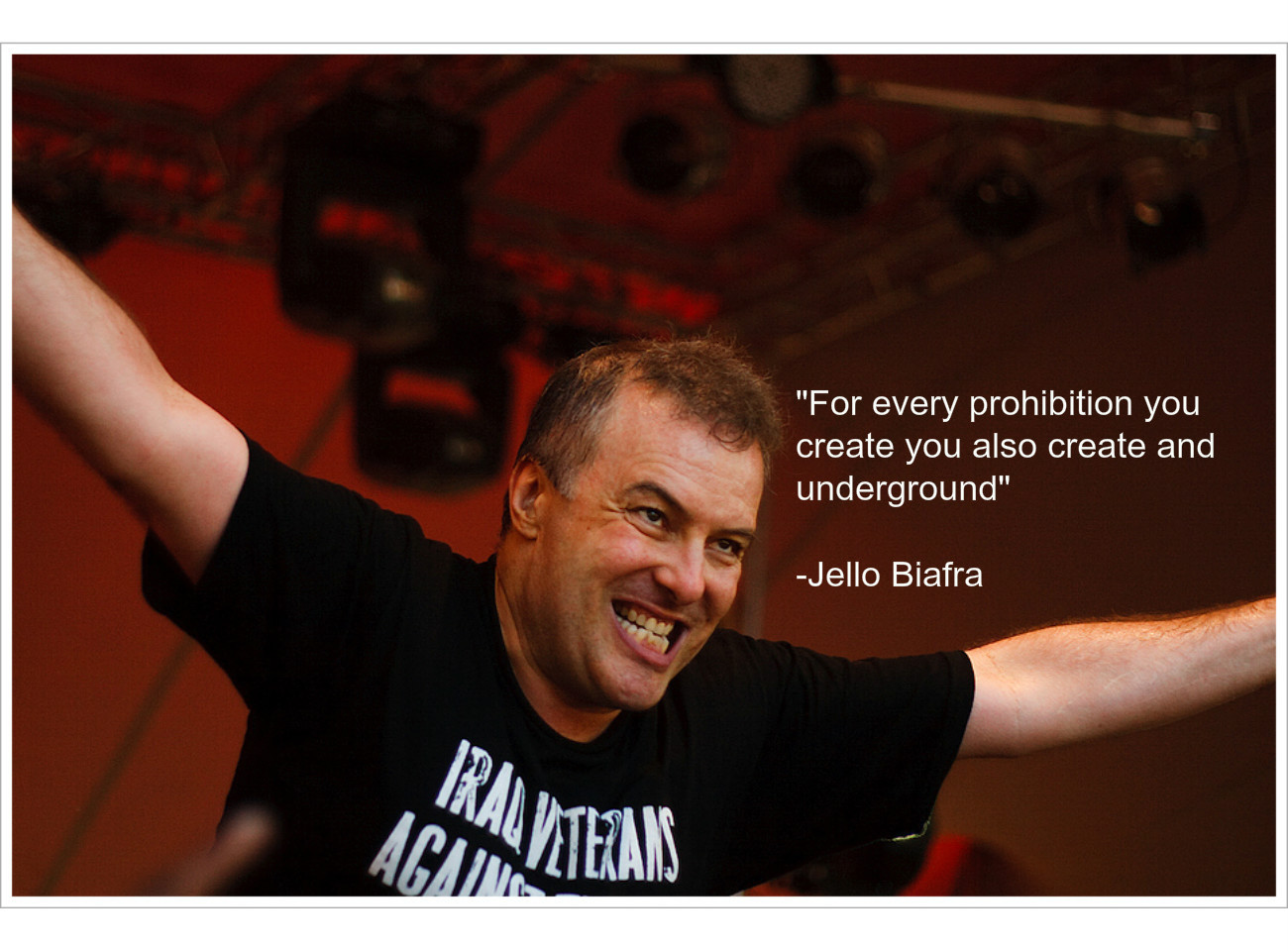 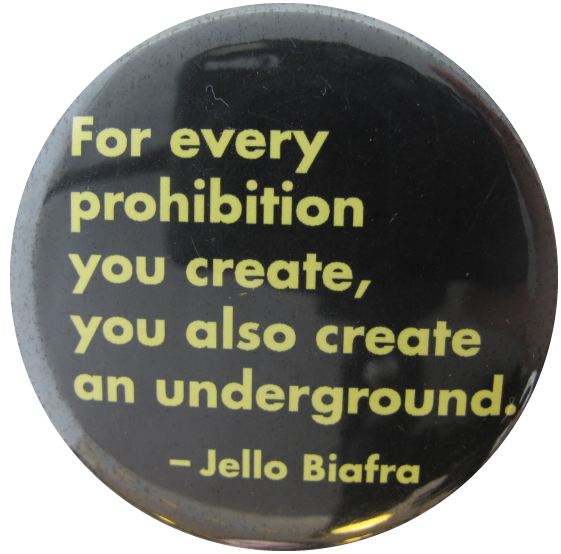 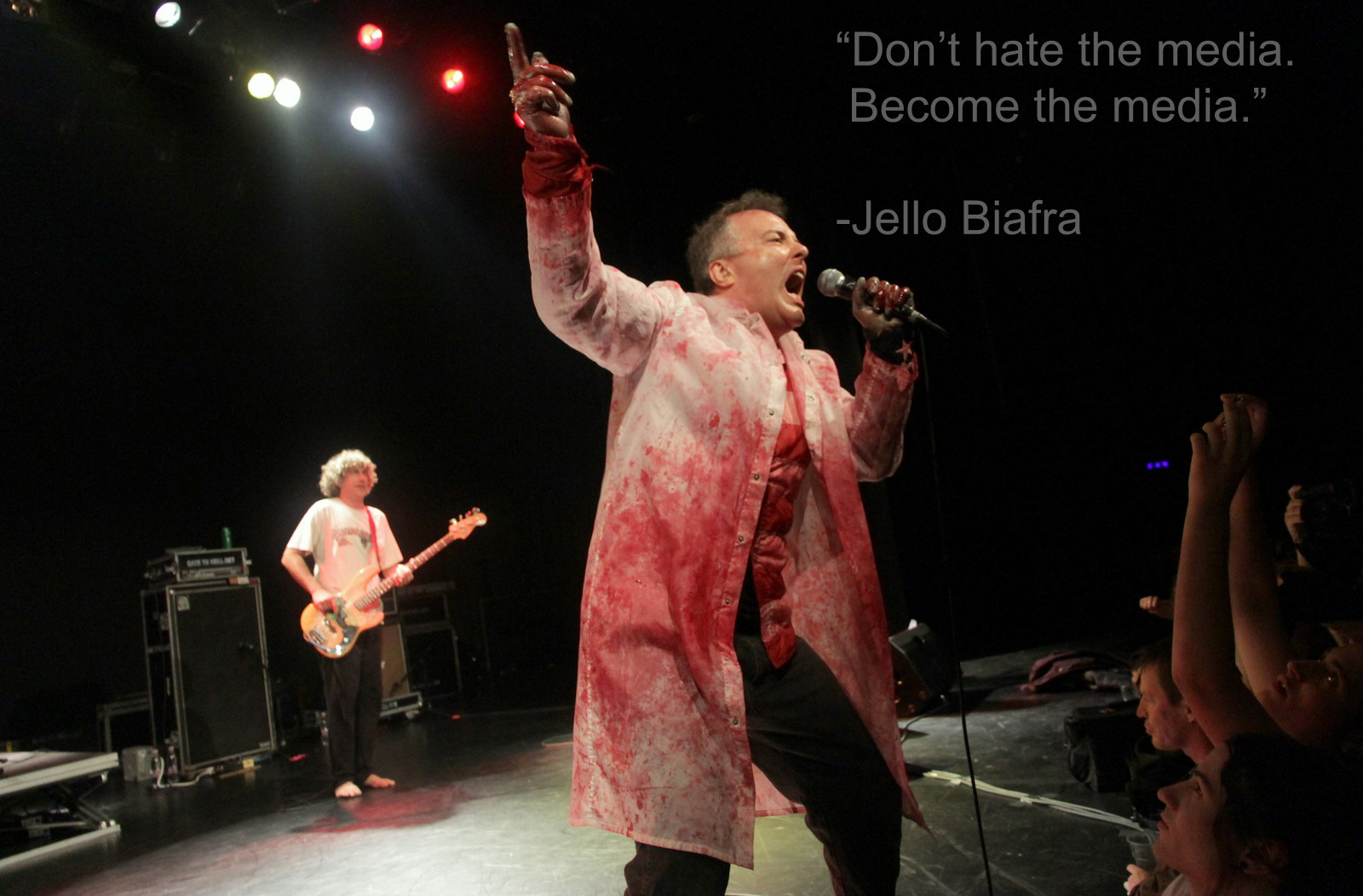 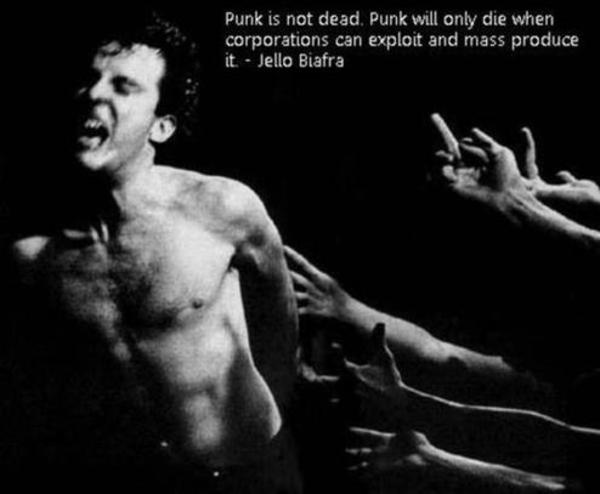 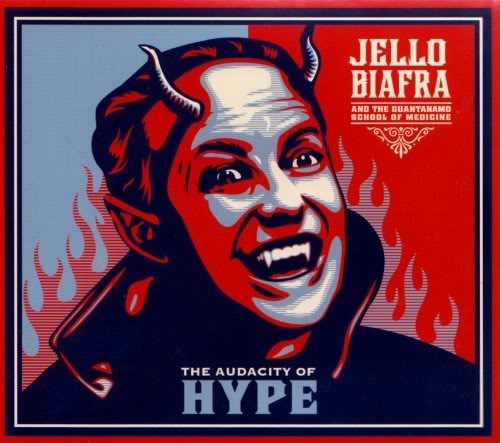 Well, I don't think I'll ever stop being frustrated or feel fulfilled artistically.

What they're not doing is marketing the Dead Kennedys in the spirit of what the band stood for.

All of these reissues were not authorized by me, I do not endorse them, the live album was put out without my permission, and I've not seen a dime at this point, either.

I got involved because I wanted to help inspire more people to get off their butts and register and vote - not just in this election, but in every other election from now on, you know?

So basically the understanding on these so-called reissues is that they were done behind my back, without my permission, and the band informed me that I would no longer be paid on them at all.

I don't think it's too hippie to want to clean up the planet so you don't wind up dying of some kind of cancer when you're 45 years old. It enrages me that these big cancer-research organizations can't be bothered to man the front lines of environmental protest.

If I get even five per cent of my ideas out and documented before I die, I'll be lucky. I'm not in danger of running out of riffs or ideas anytime soon. They overwhelm me and it's hard to find time to deal with them.

That's the way both they and I travel sometimes. Pick road at random, and when it's time to pull over, you pull over and hope you can find a place to crash.

There's sort of an open offer to work with a guy in Los Angeles who does big band and orchestra arrangements who was at least an acquaintance to Les Baxter before he passed away.

They've gone to great length to disguise the fact that I'm not in the band, even sending out a photo to promoters with my picture in it which then winds up in some of the ads on the flyers.

If you love god, burn a church.

Punk is not dead. Punk will only die when corporations can exploit and mass produce it.

I've been to enough other countries in the world to know what happens when you have socialized single-payer health care. It works. People don't get sick as much. They don't lose their life savings with a catastrophic illness like cancer or AIDS.

You can spend the money on new housing for poor people and the homeless, or you can spend it on a football stadium or a golf course.

If evolution is outlawed, only outlaws will evolve.

For every prohibition you create, you also create an underground.

When there's people on the other side of the room trying to wipe out your life and things are stacked against you, you can get nervous.

You have to be down here in the States to realize just how tightly controlled the corporate media is and how much they practise Soviet-style censorship through creative omission.

What I'm getting at is, you know, if we really want to get serious about helping all the people living in the street and getting people jobs, we could just hire half the people in the country to spy on the other half.

Punk was originally about creating new, important, energetic music that would hopefully threaten the status quo and the stupidity of the 1970s.

Respecting other people's cultures is well and good, but I draw the line at where some branches of Islam, what they do to women. It's indefensible.

I think that what's perceived as punk out in shopping malls or in chain stores or on MTV has almost nothing to do with what punk is about.

The last true punk band to get a major label contract was The Dickies.

Much more quotes by Jello Biafra below the page.

Then as I got older, I always gravitated towards the hard stuff, Born To Be Wild, then Black Sabbath.

Especially in local elections, because hardly anybody pays attention to those - but it's really important who's mayor and who's on the city council, county commissioners, sheriffs, district attorney, and of course the school board.

Hardly anybody in America pays attention to local elections.

I didn't really start writing music or lyrics or turning them into songs until I went to San Francisco.

I went through a big Alice Cooper phase, which was probably a major influence on my writing style later, especially after Plastic Surgery Disasters.

Let me start by saying, I'm utterly disgusted with the former members of the Dead Kennedys.

The jury had down right contempt for punk rock grass roots ethics.

This is my home. Home is where the disease is. As long as I stay in America, I'll never run out of subjects for songs.

We didn't have money to put out everything we wanted to put out.