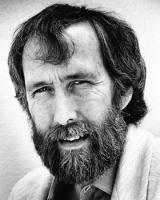 See the gallery for quotes by Jim Henson. You can to use those 8 images of quotes as a desktop wallpapers. 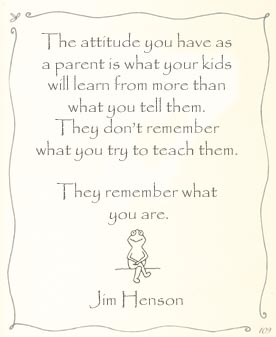 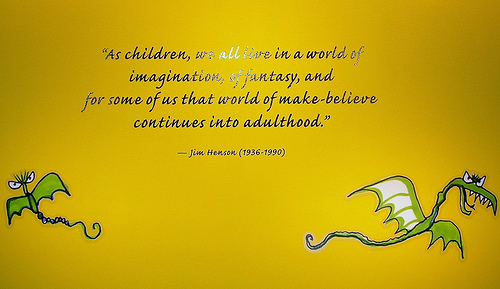 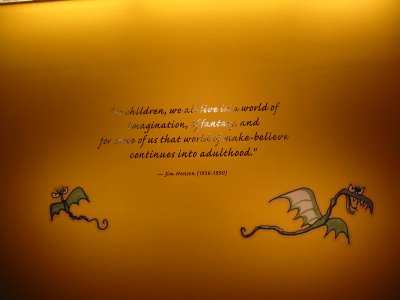 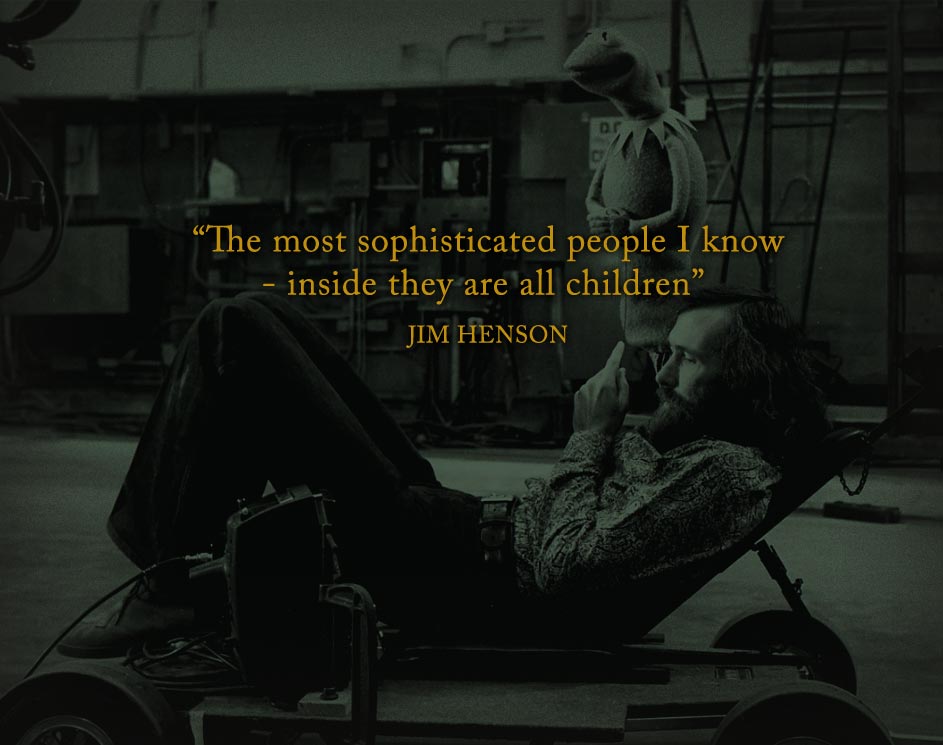 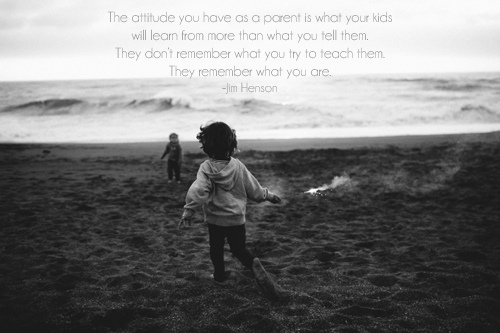 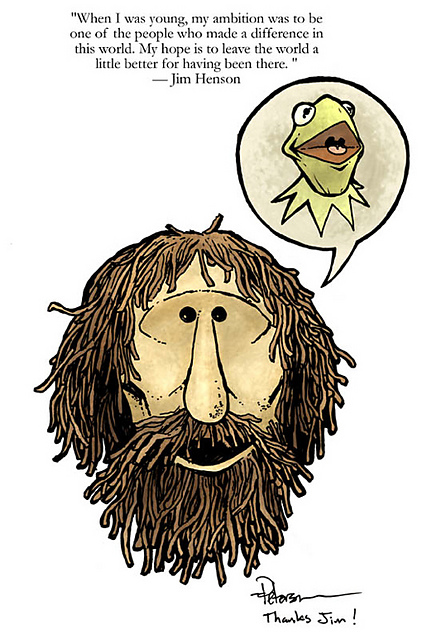 There was a little afternoon show that was called Afternoon. Back in those days in television, most local stations had a midday show for housewives that had a series of things. It was like a variety show for midday.

We thought it would be fun to try to design a show that would work well internationally and so that' s what we're intending to do with Fraggle Rock, and we are indeed now selling it around the world.

Yeah, I did some small parts in high school and the first year of college and then fairly soon thereafter I settled into the backstage scenery, and then at the University of Maryland I was doing posters for their productions.

Yeah, we pretty much had a form and a shape by that time - a style - and I think one of the advantages of not having any relationship to any other puppeteer was that it gave me a reason to put those together myself for the needs of television.

Yeah, well when I first started working, it was $5 a show; it was probably a little higher by the time I got to my own show, but I remember that they put me under contract at $100 a week, which to me was really an astronomical price.

You're assisting the audience to understand; you're giving them a bridge or an access. And if you don't give them that, if you keep it more abstract, it's almost more pure. It's a cooler thing.

Life's like a movie, write your own ending. Keep believing, keep pretending.

My hope still is to leave the world a bit better than when I got here.

When I was young, my ambition was to be one of the people who made a difference in this world. My hope is to leave the world a little better for having been there.

When The Muppet Show ended, we all sat around and said, what kind of television show would we like to do. We felt the need these days are for some quality children's programming.

I've never felt any sense of competition with anybody, and we're all friends; we're all good friends.

At the University of Maryland, my first year I started off planning to major in art because I was interested in theatre design, stage design or television design.

The most sophisticated people I know - inside they are all children.

No, there's not much competition between puppeteers in general because everybody's working their own style.

Tags: Between, Everybody, Working

When I was a kid, I never saw a puppet show. I never played with puppets or had any interest in them.

I decided that what I really wanted to do was go off and paint.

And also there wasn't much money in television in those days anyhow.

I do remember doing shows strictly in black and white, too, so you're right.

I was very interested in theatre, mostly in stage design. I did a little bit of acting.

If anything, there's a difference in working with color in England and the color in the US.

It has always been difficult to get Big Bird to be very pretty. Big Bird in England is much more gorgeous.

Somebody like a Piggy or a Kermit, there needs to be several versions and so there will be several of them.

Well, Detroit Institute is kind of a key - probably the largest permanent collection of puppets in the US.

Yeah, I think we did the term Muppets before we got the show Sam and Friends - a few months after I started working.

Actually the copies of characters is something I don't particularly like to talk about in articles but just for your information, most characters there's only one.

Much more quotes by Jim Henson below the page.

At the time of Polaroid - and I did a couple of other commercials just before I stopped doing that stuff - at that point I was at the level where they respect you and your opinion and all that sort of thing.

But with The Dark Crystal, instead of puppetry we're trying to go toward a sense of realism - toward a reality of creatures that are actually alive and we're mixing up puppetry and all kinds of other techniques.

If you're doing a large, complicated character with radio controls, it might take a number of people several months to make it and if you're talking about a quick little hand puppet, it could be made in 2 days, so there's enormous range there, and no real easy generalities.

NBC was trying to convert all of their local programming to color right away to encourage the sale of the sets, so I barely remember working in black and white, although I do know that I did do it, but there was not a major difference, though.

Cult recruiting methods based on dosing victims with the brain chemicals released during capture bonding would make cults even more of a problem than they are now.

Genetic studies in Iceland have found that many of the women who were the founding stock of Iceland came from England and what is now France. Some were probably captured and carried off in Viking raids only 40 generations ago.

I suspect that a substantial fraction of human problems in the world today, not just cults, result from the mismatch between the current environment and the environment in which we evolved.

The information that is passed from person to person and from generation to generation is the primary factor that gives humans a competitive advantage over other animals.

The rare person is still interested in new advances when they are adults. There is possibly a correlation with intelligence. In any case, you have to be fairly bright to keep learning and changing attitudes as you get older.

People under the influence of cults is similar to that we observe in addicts. Typical behaviour for both includes draining bank accounts, neglecting children, destroying relations with family and losing interest in anything except the drug or cult.

Could people be trained to be less gullible? Or are you as stuck with gullibility as you are with skin colour?

People can undergo a sudden change of thinking and loyalties under threat of death or intense social pressure and isolation from friends and family.

Evolution acts slowly. Our psychological characteristics today are those that promoted reproductive success in the ancestral environmen.

Humans have evolved to be exquisitely sensitive to changes in status.

Most of the suicide hijackers came from Saudi Arabia, a place not lacking in wealth. But due to rapid population growth, the wealth per capita has fallen by about half in a generation.

People repeat behaviour that leads to flooding their brains with pleasurable chemicals. The short-term reward loop acts over hours to years, and the long-term reproductive success loop over generations.

Some people recovering from drugs or alcohol stay with the programs indefinitely, making the recovery program their family, a long-term source of attention rewards.

Action leads to Attention. that in the short-term releases Rewarding brain chemicals and in the long term improves reproductive success.

Anyone who has ever had the feeling of being higher than a kite after giving a public speech is well aware of the effects of attention.

Brigham Young had 47 children, and over 50 women as wives.

Children do not have to learn that streets are dangerous places by potentially fatal trial and error.

Cults, or related social movements such as the Taliban in Afghanistan, result in massive military expenses.

Even small cults are a serious cost on the world economy, to victims, their families, employers, friends, and credit-card companies.

I can't think of anyone who is up on evolutionary psychology and related areas who is deluded enough to be called a utopian.

I much prefer the modern world.

If anyone wonders why the airlines are not doing well it is because flying has been made such an unpleasant and degrading experience.

Tags: Anyone, Experience, Why

Lie detection is like language; there is a learning window. Telling whoppers to small children seems to be a family tradition in many families.

Primates will continue to play social games without the least insight into what is killing them.

The drug or cult has major if not exclusive sources of brain rewards.

As for leadership, I am the kind who leads reluctantly and more by example than anything else. Someone had to be on the incorporation papers as president.

Tags: Else, Leadership, Someone

Attention is the way social primates measure status. It is highly rewarding because it causes the release of brain chemicals such as dopamine and endorphins.