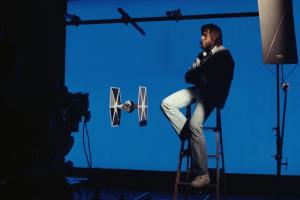 See the gallery for quotes by John Dykstra. You can to use those 8 images of quotes as a desktop wallpapers. 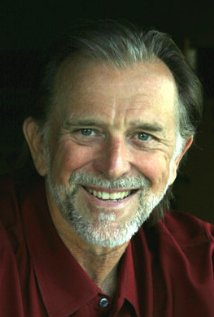 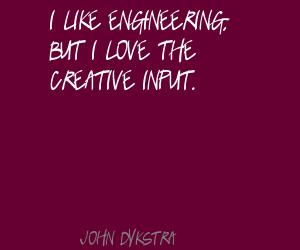 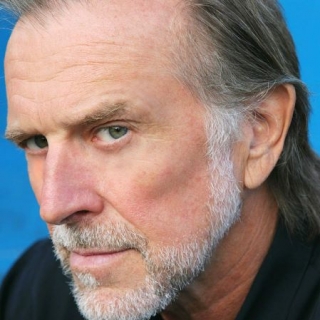 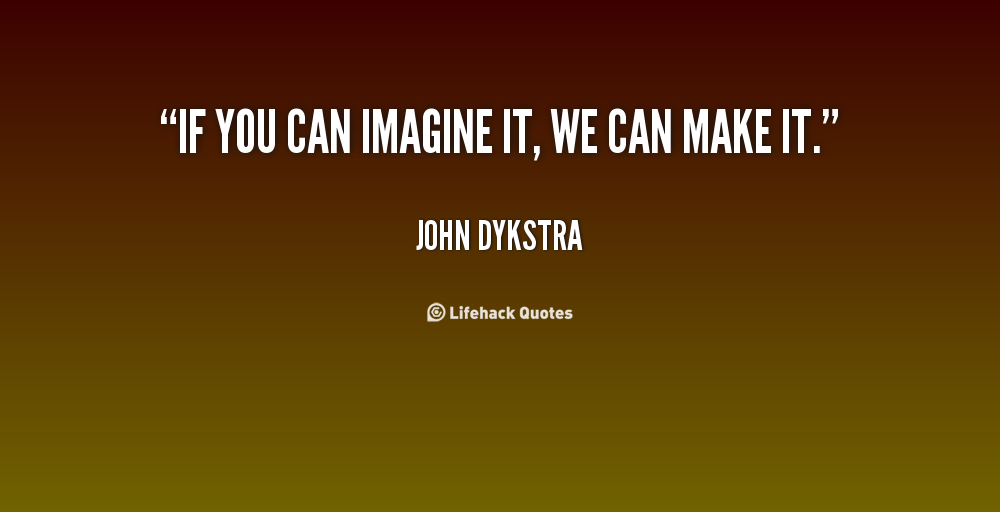 I like engineering, but I love the creative input.

You had to make a camera look like it's traveling at 300 mph, but you couldn't make it actually travel at 300 mph so you had to slow everything down and build devices to do that. So you were constantly engineering.

If you can imagine it, we can make it.

As with sound, images are subjective. You and I may not see the same color red as red, but we will probably agree that the image on the screen is a digital image or film image, based on contrast, bit depth, and refresh rate.

Because I come from that old-school optics environment, I know stuff about depth of field and camera movement and things that are not necessarily a part of the curriculum for people who started on a box and have never done anything that wasn't on a box.

Digital imaging has untied our hands with regards to technical limitations. We no longer have to be arbiters of technology; we get to participate in the interpretation of technology into creative content.

Film, as far as I'm concerned, is my area of artistic endeavor, so I never think of a movie that gets released as being all done-it's just when they took it away from you.

George Lucas wanted this moving camera for all of the photography in Star Wars. He was willing to take a risk with the concepts that I advanced with regard to ways for doing that.

I had done a lot of rock 'n' roll photography when I was in college. I was one of many photographers who worked for The Doors, Jefferson Airplane, and all of these rock 'n' roll bands.

I was involved in the color correction and the digital color correction. In an odd way, you end up making a film many times-the DVD, the archival record of a high-definition master, and so on.

In the first Spider-Man, at the end of the movie, Peter Parker had to deny himself a relationship with a girl that he's in love with. The very next thing that happens is that he's swinging through the city.

It's an embarrassment of riches because you have directors who don't better. You end up with so much stuff going on the screen that you don't know where to look, and that's what I consider self-indulgent.

It's very much like filmmaking always is-you're always asked to do something that you're not sure you know how to do. So you make an educated guess as to what you think will work and you hope between that and plan B, that you can end up with a product that's really good.

Once the image was in the digital environment, one of the problems was, we had no means to reproduce the color spectrum, grey scale, and contrast that film produces, without converting the digital file to film, evaluating it, then going back and changing the digital image.

We stayed there 24 hours a day. We lived and ate and slept that movie. We were enthusiastic, not just because of the movie, but because we had such a great collaborative team. We had a really good time. It was very much a family. 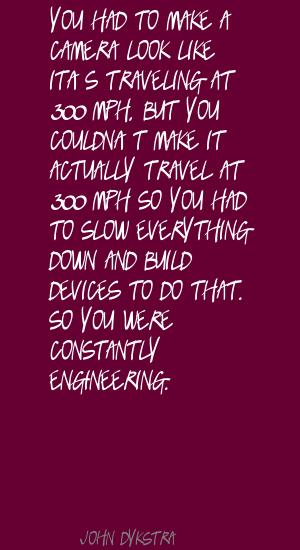