See the gallery for quotes by John Lewis. You can to use those 6 images of quotes as a desktop wallpapers. 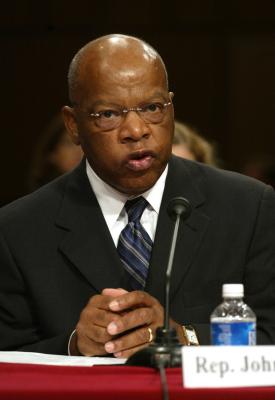 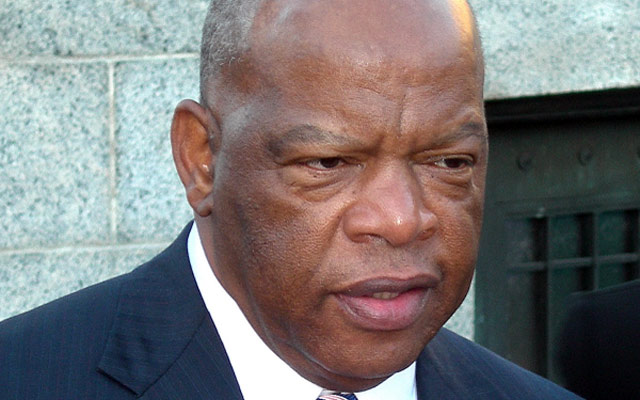 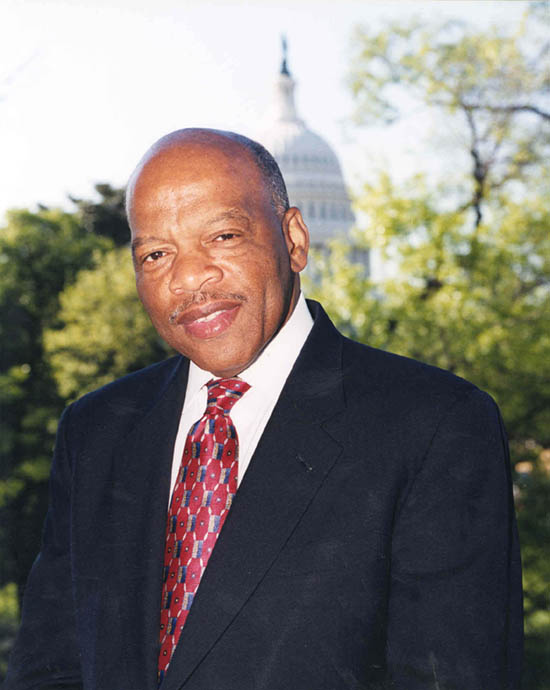 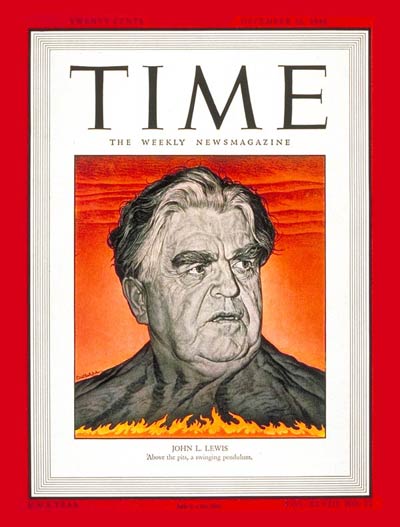 When I was a student, I studied philosophy and religion. I talked about being patient. Some people say I was too hopeful, too optimistic, but you have to be optimistic just in keeping with the philosophy of non-violence.

If someone had told me in 1963 that one day I would be in Congress, I would have said, 'You're crazy. You don't know what you're talking about.'

My mother and father and many of my relatives had been sharecroppers.

The government, both state and federal, has a duty to be reasonable and accommodating.

To make it hard, to make it difficult almost impossible for people to cast a vote is not in keeping with the democratic process.

Who gets the bird, the hunter or the dog?

I was so inspired by Dr. King that in 1956, with some of my brothers and sisters and first cousins - I was only 16 years old - we went down to the public library trying to check out some books, and we were told by the librarian that the library was for whites only and not for colors. It was a public library.

I would say the country is a different country. It is a better country. The signs I saw when I was growing up are gone and they will not return. In many ways the walls of segregation have been torn down.

If you're not hopeful and optimistic, then you just give up. You have to take the long hard look and just believe that if you're consistent, you will succeed.

In the past the great majority of minority voters, in Ohio and other places that means African American voters, cast a large percentage of their votes during the early voting process.

It was not enough to come and listen to a great sermon or message every Sunday morning and be confined to those four walls and those four corners. You had to get out and do something.

My parents told me in the very beginning as a young child when I raised the question about segregation and racial discrimination, they told me not to get in the way, not to get in trouble, not to make any noise.

Now we have black and white elected officials working together. Today, we have gone beyond just passing laws. Now we have to create a sense that we are one community, one family. Really, we are the American family.

The civil rights movement was based on faith. Many of us who were participants in this movement saw our involvement as an extension of our faith. We saw ourselves doing the work of the Almighty. Segregation and racial discrimination were not in keeping with our faith, so we had to do something.

The documented incidences of voter fraud are very rare, yet throughout the country, forces have mobilized in over 30 states to stop it. These efforts are very partisan.

When I was 15 years old and in the tenth grade, I heard of Martin Luther King, Jr. Three years later, when I was 18, I met Dr. King and we became friends. Two years after that I became very involved in the civil rights movement. I was in college at that time. As I got more and more involved, I saw politics as a means of bringing about change.

Superstition is the poison of the mind.

The burning of an author's books, imprisonment for opinion's sake, has always been the tribute that an ignorant age pays to the genius of its time.