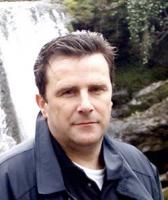 See the gallery for quotes by John Strachan. You can to use those 7 images of quotes as a desktop wallpapers. 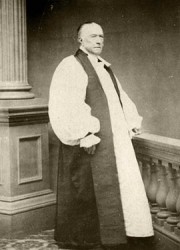 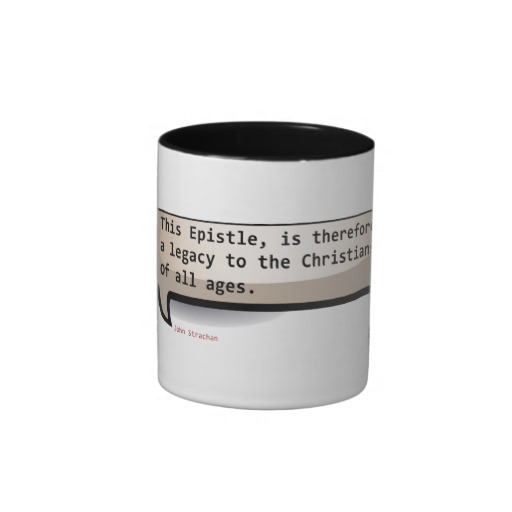 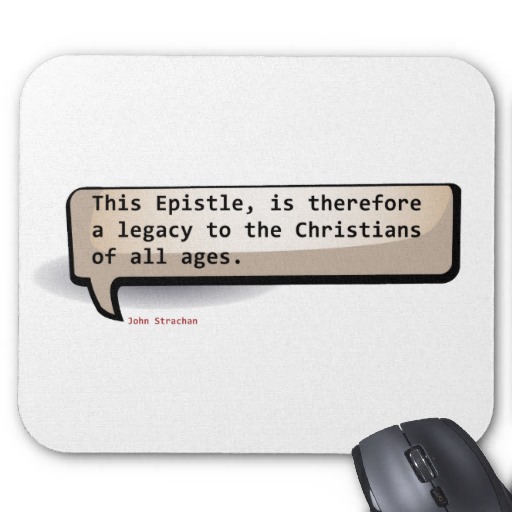 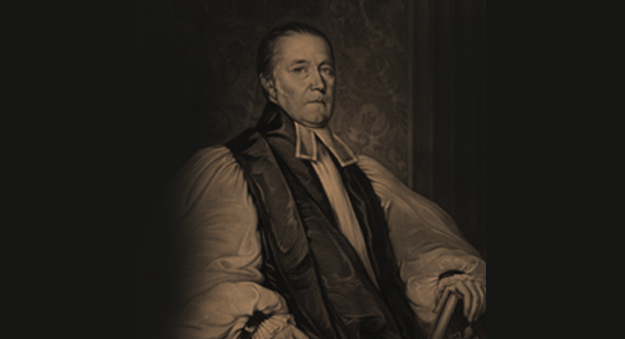 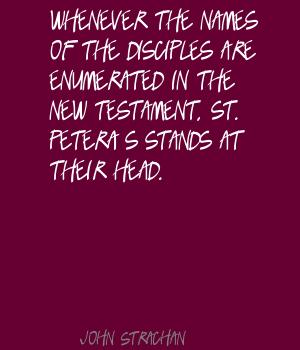 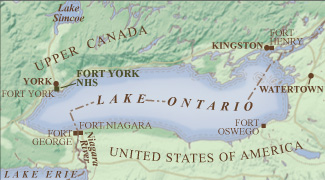 To this end the greatest asset of a school is the personality of the teacher.

The Saviour reigned in all their hearts, and they successfully copied the pattern of meekness and gentleness, which he had left them.

In the scattered settlements of this Diocese, schools and Churches are of necessity for many years few in number, and multitudes of both sexes are growing up in great ignorance.

The name of Jesus, like a secret charm, awakened similar emotions in the hearts of all the converts, and called immediately into action every feeling of moral loveliness, and every desire of dutiful obedience, which constitute Christian purity.

Trusting in Christ, we may boldly join in the combat, and enlist ourselves among that disinterested band, who fight not for human ambition, or human praise, but for the honour of our Saviour, and the salvation of men.

The tortures of present death disturb him not, but the recollection of his fall, fills him with a holy sorrow.

This Epistle, is therefore a legacy to the Christians of all ages.

Whenever the names of the disciples are enumerated in the New Testament, St. Peter's stands at their head.

As a preacher of the Gospel, our late venerable Bishop must have been heard, to form an adequate conception of his superior excellence and commanding eloquence.

At an expense trifling indeed, compared to what she frequently spends upon unprofitable contests, she might place the moral world on a new foundation, and to rise the pinnacle of moral glory.

At the first general meeting of this Corporation in 1820, his Lordship presided; a circumstance, which may well be considered an era in the history of the Church of Upper Canada.

Convinced that the attachment of colonies to the metropolis, depends infinitely more upon moral and religious feeling, than political arrangement, or even commercial advantage, I cannot but lament that more is not done to instill it into the minds of the people.

In applying this subject to the melancholy event, which has deprived this Diocese of its venerable Bishop, we presume not to compare him with the blessed Apostle, of whom we have been speaking.

In regard to education, something has been done by the Provincial Legislature; but to build churches, and to place clergymen is a work of greater difficulty.

In this Epistle, the Apostle seeks, with great earnestness, to confirm the Christian converts in the belief of that Gospel, which he had so faithfully preached.

In vain shall Great Britain confer upon her colonies the free government and liberal principles of legislation, for which she is distinguished, if she do not carry with her the revelations of God.

Is it not evident that the Canadas, as well as the other colonies, have been left in a great measure to grope their way as they could through the darkness which surrounds them, almost totally unaided by the parent state?

Rather than allow themselves to be separated from the love of Christ, they submitted cheerfully to every privation, to contumely and disgrace, and to death itself.

St. Peter announced the glad tidings of the Gospel to the people on the day of Pentecost, and converted, by the first Christian sermon, ever preached, three thousand - which formed the primitive Church.

The Legislature of Lower Canada, consisting chiefly of Roman Catholics, could hardly be expected to support a church which they were taught to consider heretical, and in Upper Canada the scanty means at the disposal of the Government, precluded all hope.

The nations were awakened from the sleep of death, as the words of eternal life flowed from the Apostles' lips, - the temples of superstition were shut or destroyed, and churches were planted in every part of the civilized world.

When the late Bishop was appointed, about thirty-two years ago, to diffuse the light of the Gospel through this extensive portion of His Majesty's dominions, it was even a greater spiritual, than a natural wilderness.

When we contemplate the heroes of Christianity, and compare our feeble efforts with their astonishing performance and self devotion, we should fall into despair, were there not a few softening features, by which they are brought back to the ranks of humanity.

Much more quotes by John Strachan below the page.

With the requests of some he complied, and has published a discourse, delivered before the Society for recovering drowned persons, which may be justly pronounced one of the most beautiful and interesting sermons in the English language.