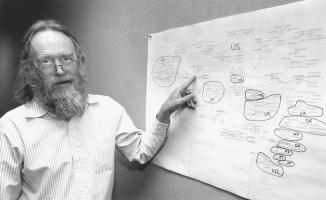 See the gallery for quotes by Jon Postel. You can to use those 8 images of quotes as a desktop wallpapers. 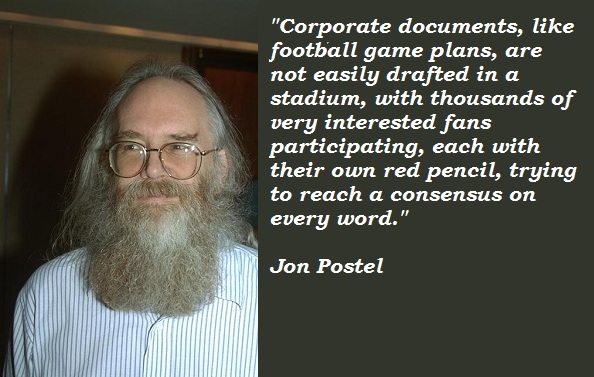 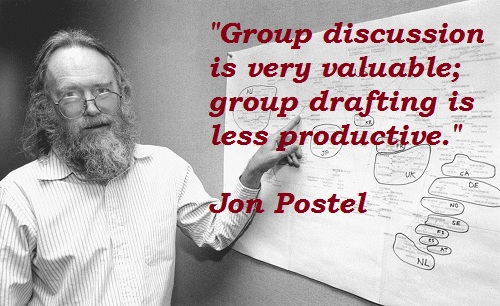 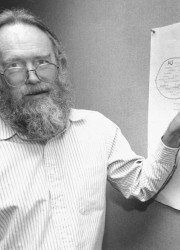 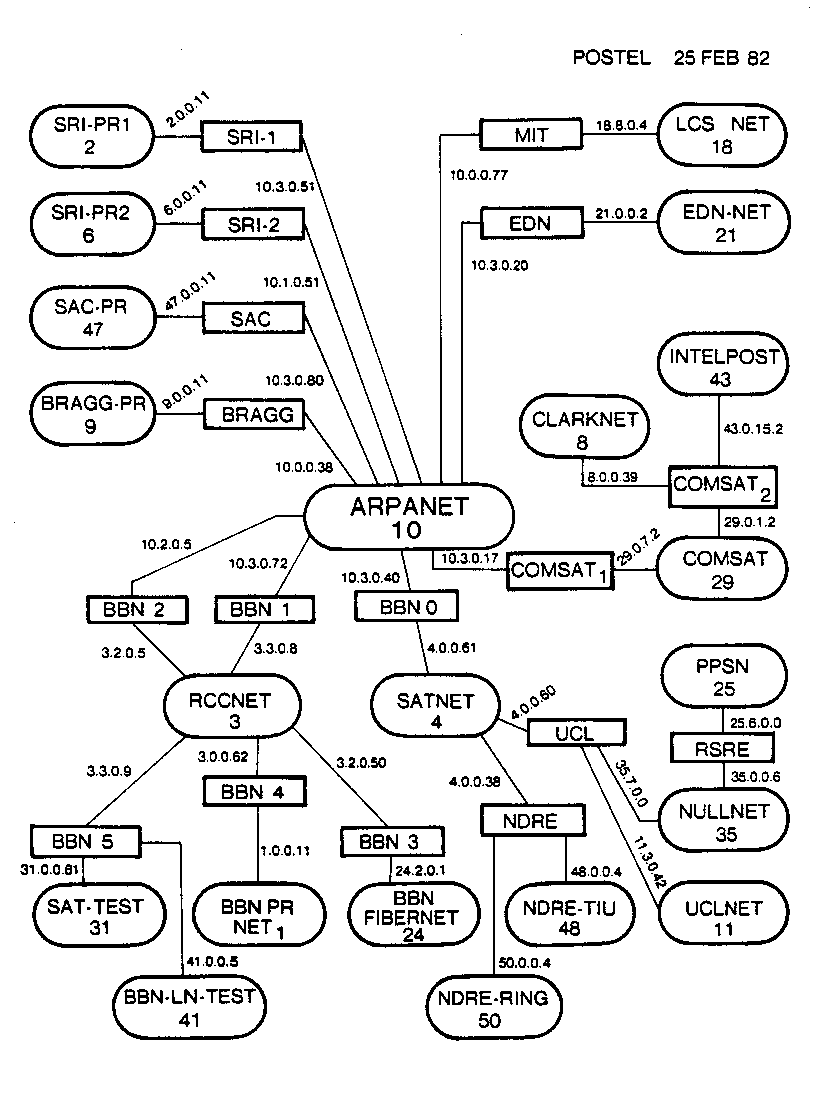 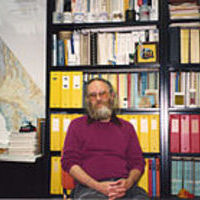 Then I started graduate school at UCLA. I got a part time research assistant job as a programmer on a project involving the use of one computer to measure the performance of another computer.

Being in the limelight has its minuses.

All this stuff was done via FTP but the web has put a really nice user interface on it.

Another aspect of our work is multimedia teleconferencing.

But I do have a computer at home and a pretty good ISDN connection.

Everyone should have ten megabits and then the web will be a wonderful thing.

I got involved when I was a graduate student at UCLA when UCLA was the first site on the net.

I think they called me the closest thing to a God of the Internet.

One way to get high speed to the home is over cable systems.

The Internet works because a lot of people cooperate to do things together.

The overriding rule, if you want to run a domain, is to be fair.

The world wide web has really been quite spectacular and not something I would have predicted.

There was one issue on which there seemed to be almost unanimity: the Internet should not be managed by any government, national or multinational.

But as soon as we got that higher speed access to the home there?s going to be a tremendous crunch on the backbones for a much higher speed bandwidth. People really ought to be planning for that.

Corporate documents, like football game plans, are not easily drafted in a stadium, with thousands of very interested fans participating, each with their own red pencil, trying to reach a consensus on every word.

I also administer the Internet Assigned Names Authority, which is the central coordinator for the Internet address space, domain names and Internet protocol conventions essential to the use and operation of the Internet.

I think that audio and video over the internet in the sense of teleconferencing and telephone calls. Maybe we'll actually have picture phone through your work station.

If you're in charge of managing domain name space you should treat everybody who asks for a registration the same. Whatever that is - whether it's nice or ugly or whatever - just be fair, treat them all the same.

In a chemistry class there was a guy sitting in front of me doing what looked like a jigsaw puzzle or some really weird kind of thing. He told me he was writing a computer program.

One of the things that is not so good is that a decision was made long ago about the size of an IP address - 32 bits. At the time it was a number much larger than anyone could imagine ever having that many computers but it turned out to be to small.

TCP works very hard to get the data delivered in order without errors and does retransmissions and recoveries and all that kind of stuff which is exactly what you want in a file transfer because so you don't want any errors in your file.

That was clearly surprising, interesting - a very interesting milestone was when you can pick up a magazine and read an article about some sort of computer related thing and they mention the word internet without explaining it.

Much more quotes by Jon Postel below the page.

So begins a question which has of late become more and more urgent: what is the relation of aesthetics to politics?

Film then does not promote socialist revolution in any consistent way.

Film, therefore, is part of society, not distant from it, easy to experience for people regardless of class.

Today the family is being attacked and defended with equal vehemence.

Terrorism is in good part an effective government propaganda; it serves to deflect attention from governmental abuse toward a mostly imagined, highly dangerous outside enemy.