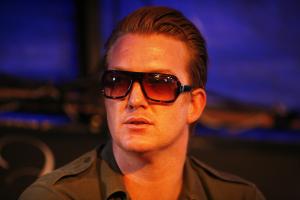 See the gallery for quotes by Joshua Homme. You can to use those 7 images of quotes as a desktop wallpapers. 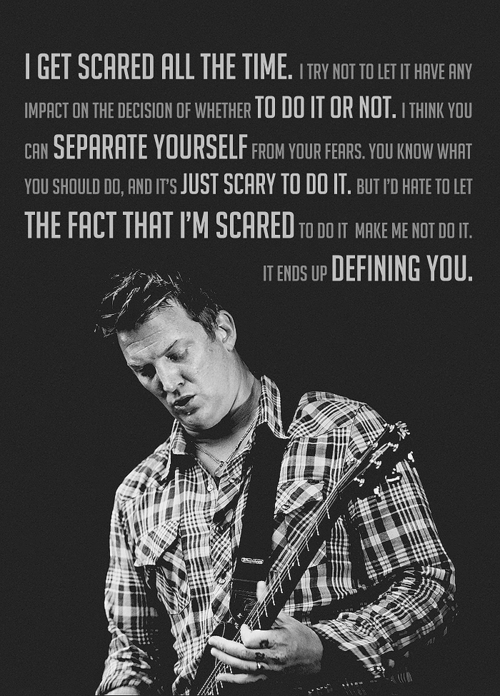 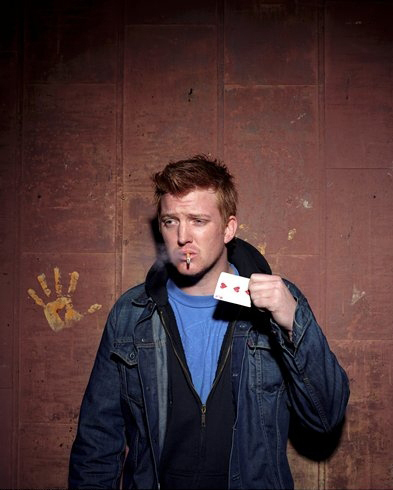 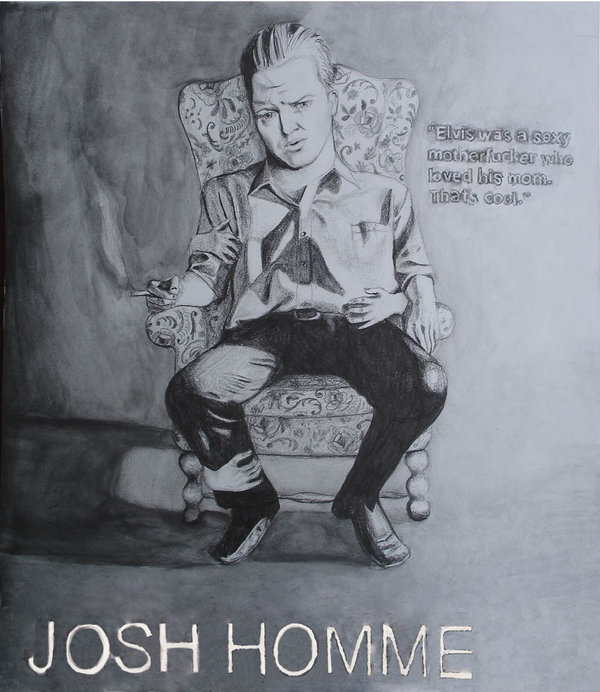 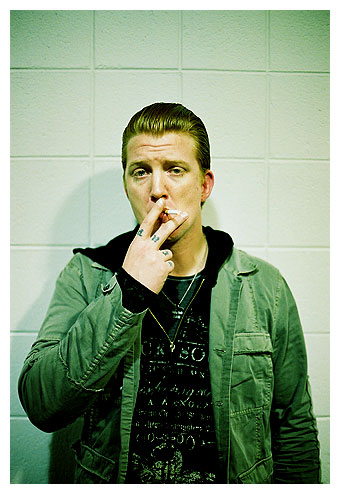 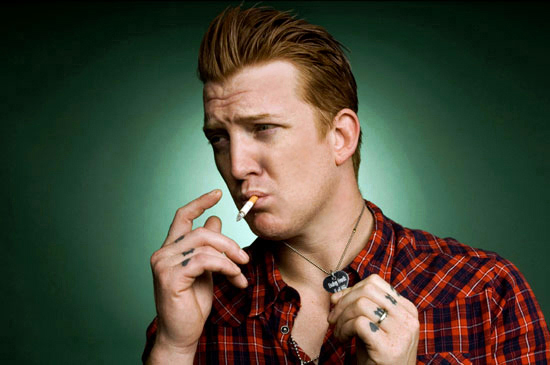 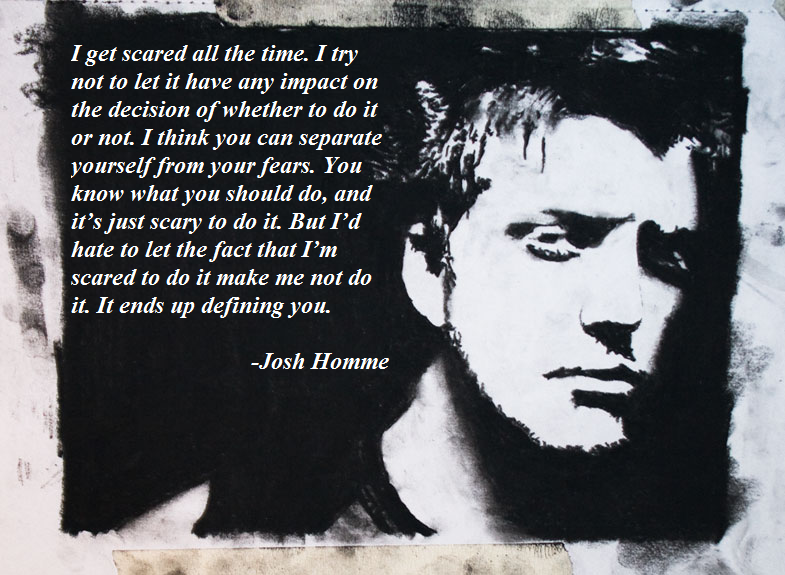 Really the topic of breakfast cereal is generally a very boring one.

So the thing is to put out music for music's sake.

Sometimes Queens' music is dark, but somehow it's ok to deliver it with a smile on your face because thing's are still going to kick in.

Sometimes you actually get caught in the web of things where people are talking about... what kind of breakfast cereal you like.

Ultimately, words are only words, and its only the music that stands by itself.

Vinyl has gotten to the point where it's exclusively for the collector, I guess.

Well, I think what's most important is the idea of something.

You got to risk something to be able to give something, you know?

I'm just going to put out three or four releases a year and make it so that if you like the Desert Sessions, then you'll definitely like everything else.

I've always considered myself a workaholic... The way I work, I have to turn myself upside down and hang myself by my ankles and wring myself out like a wet sweater, and I have to do that with other people, too, because I think that's where something good comes out.

If I was just in one band, I would have a problem with the amount of time between records because I don't want to wave one flag. I just want to be part of something cool.

The expression of this idea is Queens of the Stone Age, but the idea is that you will never slack on the music and will always humble yourself at the alter of Rock.

The first record I bought was a Carl Perkins record, because I saw him at The Festival at Sandpoint, Idaho. I loved Elvis and I found out that he wrote 'Blue Suede Shoes'... so connecting that experience of going to see him play was pretty awesome. That's when I realised I wanted to play guitar.

The problem is that music is selfish in that you need to make it for yourself, so that you can give it away, and those two things don't jive. I needed to find the right reason to play that had the magic and mystery and excitement that made me want to play in the first place.

I'm not so much of a joiner.

Any band on their first couple records is just trying to keep up with their inspiration.

Guitar solos, to me, should be a really articulate way to make fun of guitar solos.

I don't mind saying what's on my mind.

I felt really free, like I could do anything, because no one would know what to expect.

I know there are some labels that put out music for art's sake, but I don't know which ones.

I like to keep my feet on the sidewalk.

Much more quotes by Joshua Homme below the page.

I like to move forward and notice things along the roadside that indicate where I should go.

I think everyone is trying to figure out who they are and their own thing.

I think I learned years ago when I went to Hawaii that you don't bring puka shells back. You've got to be careful of your vacation purchases.

I think more people need to make out.

I think people get fixated on the example of an idea.

I think people listen to whatever they think is good.

I'm always looking for cool stuff to do because that's what we're supposed to do, ya know?

I've always heard music in my head since I was a little kid, so I've always played towards that. If I felt bad, that's what I did.

If you wanna be famous, then it's okay if the music is fake, because fame isn't real.

If you're trying to do something different, you can't ask someone to help, because they'll want to make it not different.

Independent minded girls that are naked sounds like a great start to something.

Not everyone deserves to be a musician, you get lucky enough to be one.