See the gallery for quotes by Justin Sane. You can to use those 7 images of quotes as a desktop wallpapers. 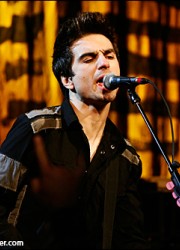 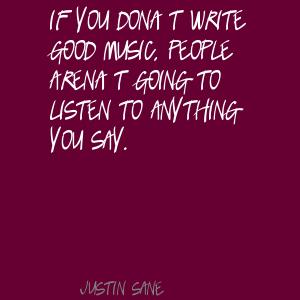 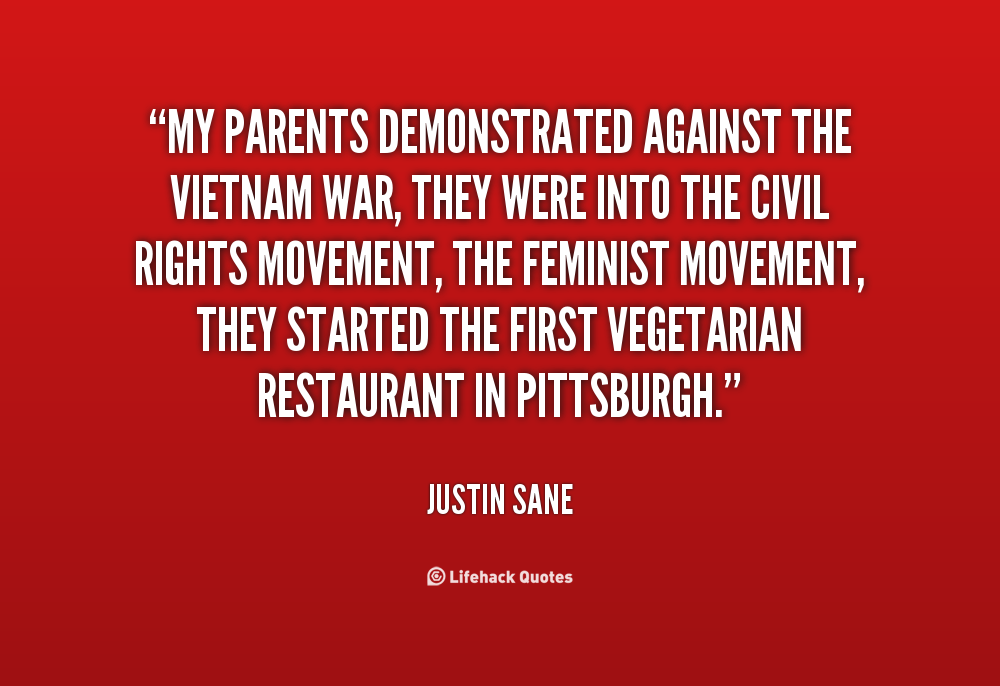 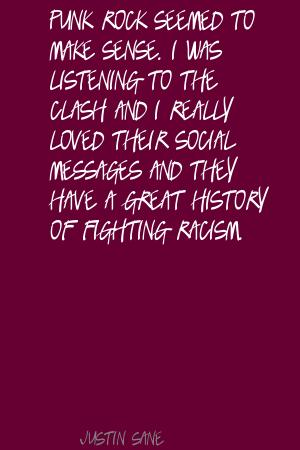 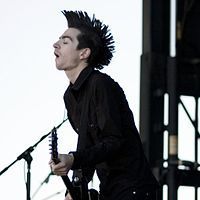 With the NDAA, his failure to close Guantanamo Bay and the ramping use of drones, President Obama looks suspiciously like President Bush, a man on a quest for American Empire.

Punk rock seemed to make sense. I was listening to The Clash and I really loved their social messages and they have a great history of fighting racism.

I am committed to the principle that violence is never justified as a means of ameliorating a grievance.

If you don't write good music, people aren't going to listen to anything you say.

The best way to avoid warfare is if no one shows up.

There are ways that we can manipulate the corporate media to talk about the issues that we care about.

We are simply human beings. So it is important for us to treat each other in that capacity.

From a very young age, militarism and trying to solve the world's problems through militarism is something that has always resonated with me as being a bad idea.

In 'The General Strike,' we celebrate those who bring a new vision for the world to the table. People who stand for workers rights, human rights, a just representative political system, and a new mode of doing business where sustainability is the norm not the exception.

My parents demonstrated against the Vietnam war, they were into the civil rights movement, the feminist movement, they started the first vegetarian restaurant in Pittsburgh.

Punk is just like any other sub culture or music. Straight rock music has those elements. I grew up in a place where the punk rock kids fed the homeless in the town square.

Technology isn't the enemy, it is our ally, but only if we adopt a new model that puts people before profit. I realize that we seem far from that model, but I have seen it in action and it is a beautiful thing. So I'm not willing to give up yet. Hope is the last thing to die.

The reality is that a consumer culture which chucks out its iPhones for a new version every nine months is completely unsustainable, because Earth has already reached the tipping point. 'The General Strike' attempts to personalize these issues and encourage listeners to look for a new model.