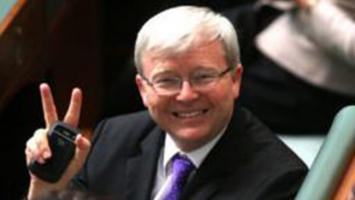 See the gallery for quotes by Kevin Rudd. You can to use those 8 images of quotes as a desktop wallpapers. 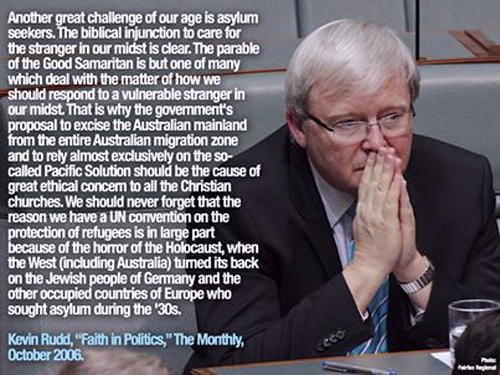 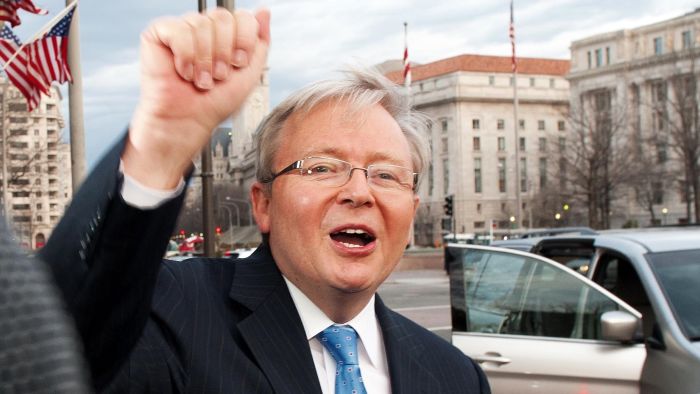 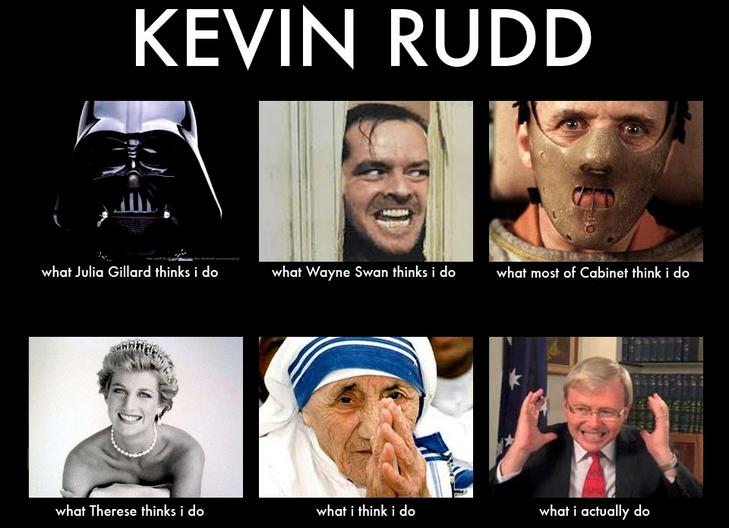 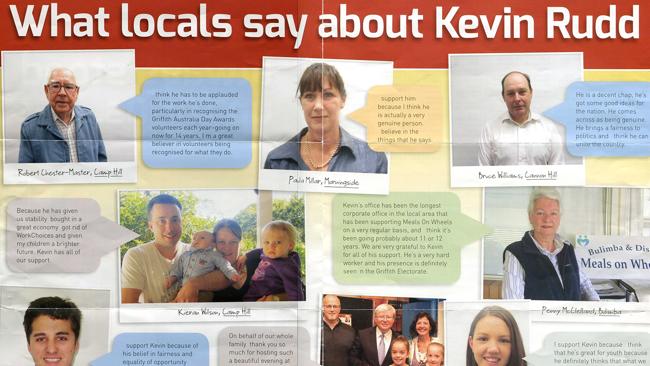 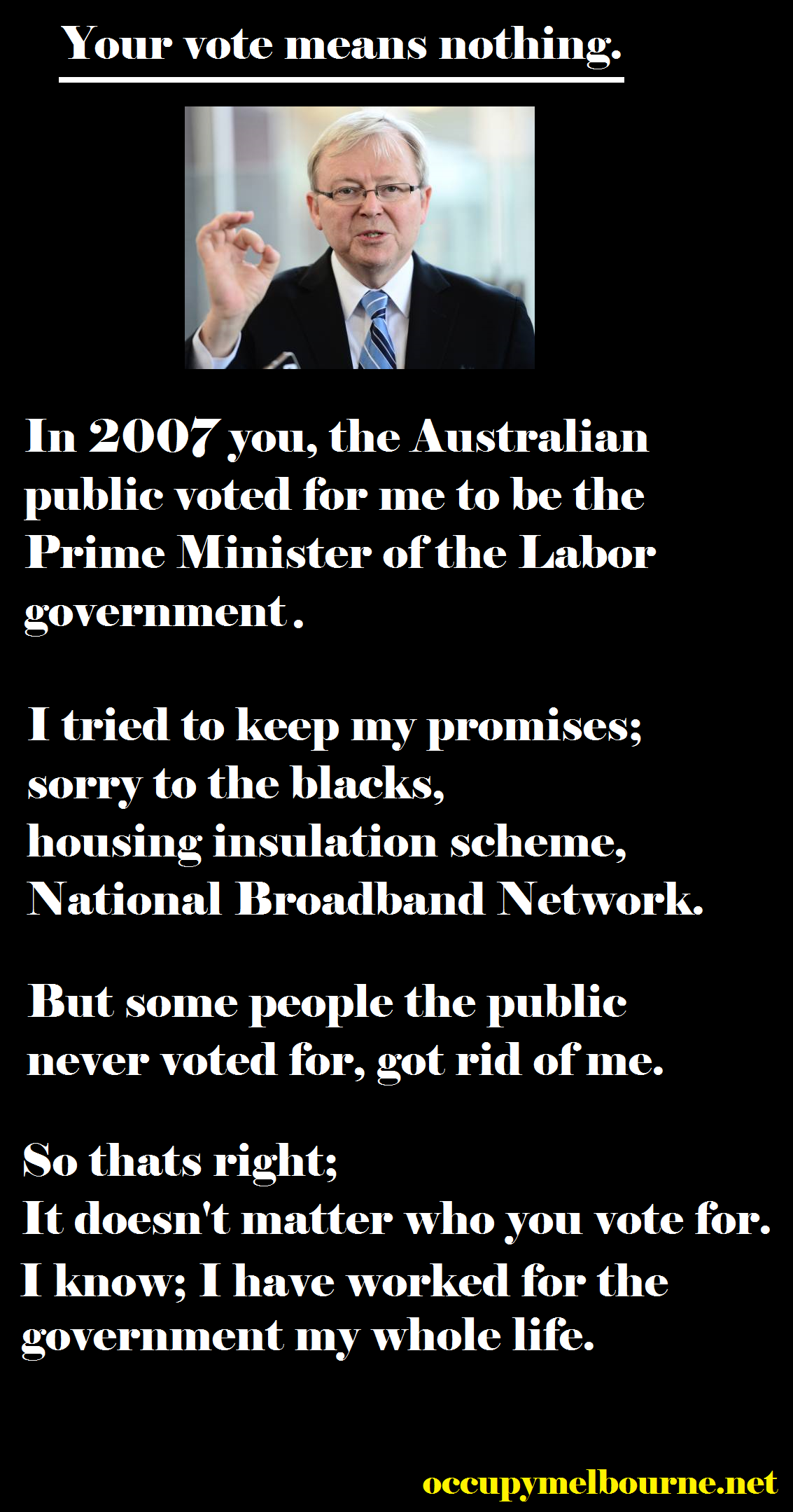 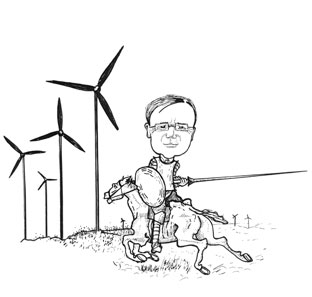 Building a new Health and Hospitals Network is fundamental to building a stronger and fairer Australia.

Australians are a passionate lot. We are also a very practical lot.

A continuing narrative throughout Australia's history that says it is better to build up than to tear down - this is the continuing mission of Labor.

Australia is a nation of compassion. Courage and compassion. And the third of these great values: resilience.

If Australia wants an effective United Nations, we have to be comprehensively, not marginally, engaged.

Much more quotes by Kevin Rudd below the page.

The Government's mission is to build a strong and fair Australia capable of meeting the new challenges of the 21st century.

We are moving toward recognition of the first Australians in the Australian constitution.

2009 was a tough year, but Australia rose to the challenge of the global financial crisis. It shows what can be done when we all join together and work together, governments of all persuasions state, territory and local; businesses large and small; unions and local communities right across the nation.

A core challenge for Australia is - how do we best prepare ourselves for the Asia Pacific century - to maximise the opportunities, to minimise the threats and to make our own active contribution to making this Asia-Pacific Century peaceful, prosperous and sustainable for us all.

As nations we should also commit afresh to righting past wrongs. In Australia we began this recently with the first Australians - the oldest continuing culture in human history. On behalf of the Australian Parliament, this year I offered an apology to indigenous Australians for the wrongs they had suffered in the past.

As you know, the Australian Labour Party is committed to turning the country into a republic. We've not stipulated a timeline for doing that. We are sensitive to the other priorities we've got as a nation and in the world, but in time the country will head in that direction.

But Australia faces additional regional and global challenges also crucial to our nation's future - climate change, questions of energy and food security, the rise of China and the rise of India. And we need a strong system of global and regional relationships and institutions to underpin stability.

By 2050, the Australian population is expected to grow from 22 million to 36 million. That increase alone will put huge pressure on our towns and our cities. We will need more homes, more roads, more rail lines, more hospitals, more schools, just to accommodate so many Australians.

I am deeply committed to the cause of Indigenous Australians, and not just because of the Apology, but the big challenges which lie ahead in closing the gap.

I am determined to honour the confidence which has been extended to us by the people of our great land. And I say to all of those who have voted for us today, I say to each and every one of them that I will be a prime minister for all Australians.

I deeply believe that if the Australian Labor Party, a party of which I have been a proud member for more than 30 years, is to have the best future for our nation, then it must change fundamentally its culture and to end the power of faceless men. Australia must be governed by the people, not by the factions.

I'm out there arguing the Labor case. I will do it anywhere and everywhere that I can. I do it within various communities across Australia where I am able to make a positive contribution. And let me tell you, my voice won't be silenced in the public debate because the issue at stake for Australia are so stark.

I've been around long enough to not take seriously statements like I am about to be crushed. I'm about how do we seek re-election of the Australian government, how we prevent Tony Abbott from being elected. The bottom line is that it should be all hands to the pump rather than saying other, frankly negative and internally divisive things.