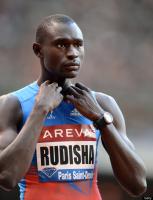 See the gallery for quotes by David Rudisha. You can to use those 5 images of quotes as a desktop wallpapers. 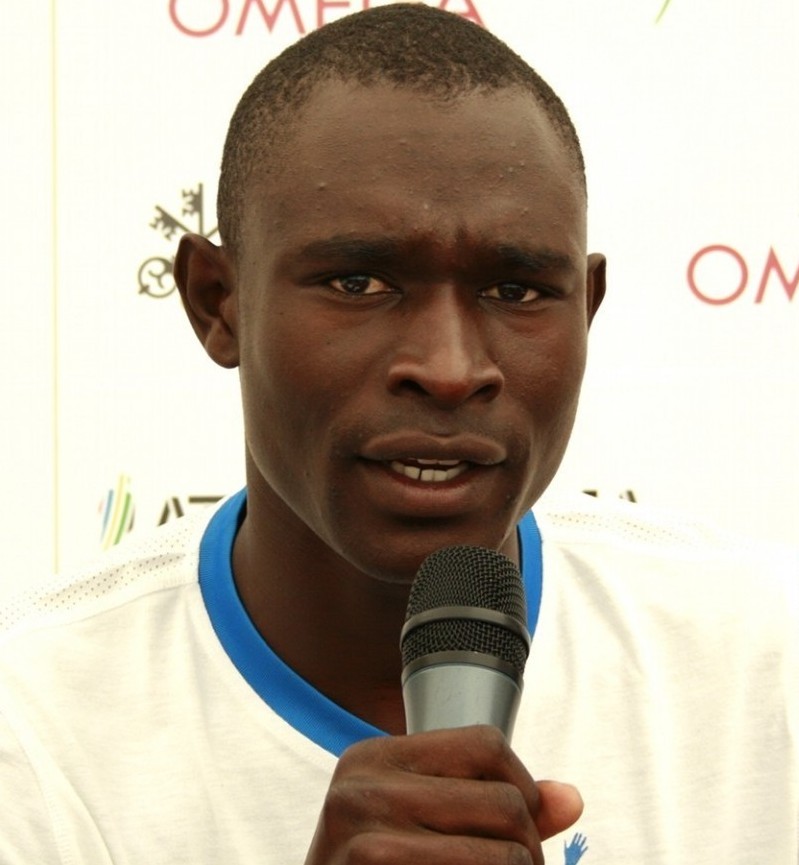 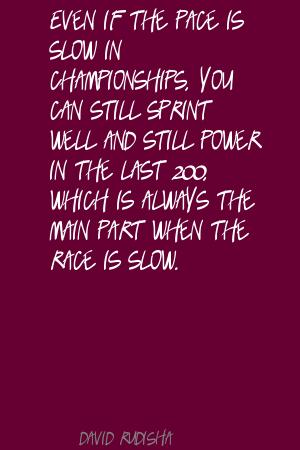 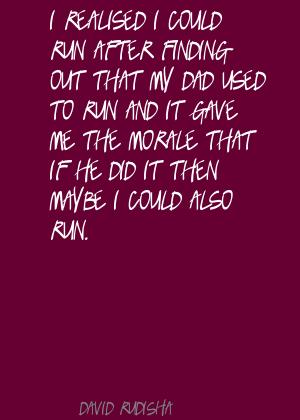 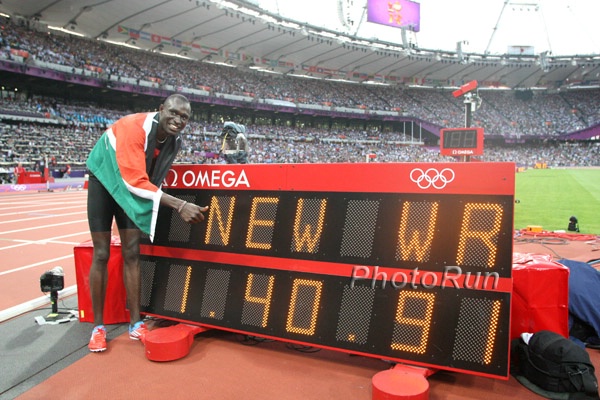 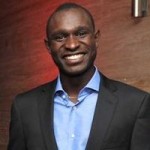 Sometimes when you get disappointment it makes you stronger.

The weather plays a very big role. I have run very few races in the raining and the cold.

Even if the pace is slow in championships, you can still sprint well and still power in the last 200, which is always the main part when the race is slow.

I was still young when I missed Beijing. I was favourite to win a medal but I knew I had time. My coach advised me to stay at school and finish my exams. Even if I had gone and won the Olympics, I might not have handled the pressure. So I moved on.

It's not good to focus on one person or two persons about being your rivals. The important thing is just to train hard and be ready for the competition and to prepare for the races so that in case of anything that comes out, you are able to handle it.

Fantastic, I am very happy to be the fastest 800 metres runner in the world.

I love my tribe, the Maasai are very good people and humble.

I realised I could run after finding out that my dad used to run and it gave me the morale that if he did it then maybe I could also run.

It's something special to break the world record at the Olympics.

When I was a little boy, I always wanted to run. I loved competing with my friends.

Brother Colm is one of the best coaches who's ever been here in Kenya. He's been, of course, my coach since I started running. He saw me in high school when I was still doing 400, and 200 meters. He decided for me to join his club and we'd been training for one month. That is when he saw me and he thought I could do a good 800.

Going to the Olympics as a Maasai I want to make them proud because, after the warm welcome they gave me when I went back and being their leader, I want to also be the warrior in the Olympics. That will be something good because that will be the first Olympic gold medal for the Maasai.

I can say when it comes to championships it's a tactical race and normally you don't have a pacesetter who can set a pace for fast times. That is why you see that obviously we fall around 1:43 because that is the most favorable one can run from the front.

I knew I would be running with so many people watching all over the world because of him. People love Bolt. He has many fans out there because of his great achievements and breaking world records in Olympics. I've done the same and it's a great honour. I'm happy and I'm happy for him.

Much more quotes by David Rudisha below the page.

I was ready in 2008 for the Olympic Games but unfortunately I missed the Kenyan trials with a thigh injury. I watched those Olympics but it was tough to watch. But it was good in the end because a Kenyan, Wilfred Bungei, was the champion.

My family means everything to me and the birth of our daughter has enabled me to have more focus on my career and every time I compete, I dedicate my success to them.

My father's encouragement is what has brought me this far, because when I grew up I wanted to be like him, and I knew I had that ability to become an athlete. Being an Olympian is one of the greatest things, and being an Olympic gold medallist is one of the most prestigious titles in the world.

My focus in 2010 was on just running fast races. My focus in 2011 was for winning at the World Championships. This year has been a combination of the two so we'll see what kind of time it brings.

Races always are good to show where you are reaching in your training as well as to keep you sharpened. Every race, in my program, I put it in a special way like a ladder, climbing up slowly and slowly to the next one. I see where my training is, and that is like a test.

The Olympics is a special event and winning is very important. For me as a world record holder and world champion, the only thing I am missing is the Olympic gold medal and that is what I want to achieve in my career.

When I am training, I don't want any disturbances. I have to be focused, not losing sight of my targets. I cannot evade the fact that I am now well known and I have made already some money, but you can learn how to deal with it.

You do, mostly, in track, different sessions, sprinting and medium sessions in different style. You have to see that even if the pace is slow in championships, you can still sprint well and you can still power the last 200, which is always the main part when the race is slow.