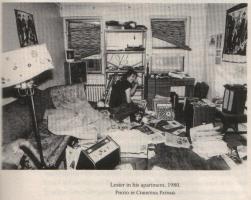 See the gallery for quotes by Lester Bangs. You can to use those 7 images of quotes as a desktop wallpapers. 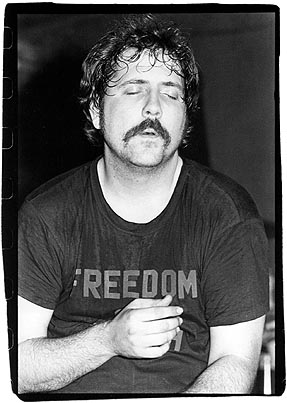 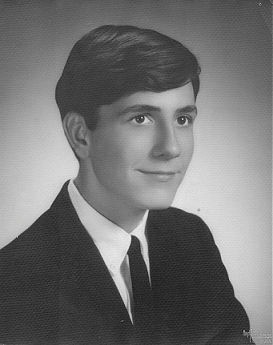 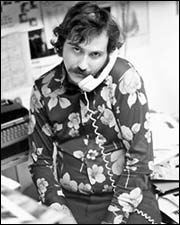 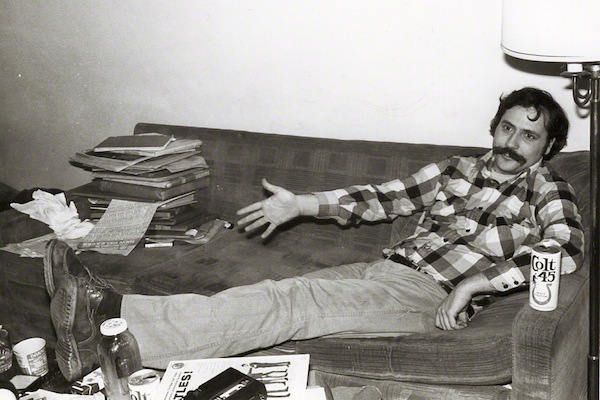 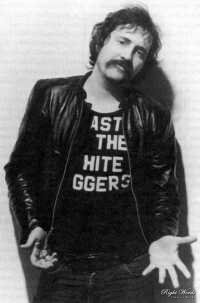 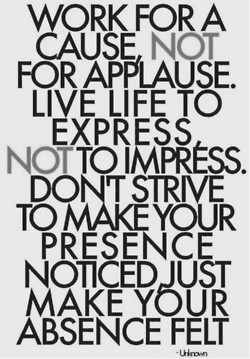 The first mistake of art is to assume that it's serious.

When kids can't afford to see it anymore maybe we'll have a whole resurgence of garage bands all over America and this New Wave thing will start to mean something on a grass roots level.

Nothing ever quite dies, it just comes back in a different form.

Every great work of art has two faces, one toward its own time and one toward the future, toward eternity.

Corporations are social organizations, the theater in which men and women realize or fail to realize purposeful and productive lives.

Here we are in the 70's when everything really is horrible and it really stinks. The mass media, everything on television everything everywhere is just rotten. You know it's just really boring and really evil, ugly and worse.

I mean Iggy and The Stooges first couple of albums I think sold twenty five thousand between the two of them you know and so to talk in terms of an underground I mean you have to go really to the independent labels and things like that.

The thing is that, they all had real strong personalities and real distinct identities, and I don't find most of the groups that are coming out now really do.

I hate Stanley Clark, but I have to admit he's playing Jazz whether I like it or not.

No, I see it as meaning very little at the moment because none of the groups are about anything.

The great thing about The Clash of course is that they keep searching for answers beyond that.

The ultimate sin of any performer is contempt for the audience.

And doing so you can recreate yourself and you can also come up with something that is not only original and creative and artistic, but also maybe even decent, or moral if I can use words like that, or something that's like basically good.

As far as a truly radical conscience, you have to take it as part of a larger thing, that it was sort of historical inevitability that with the coming of a leaguer society people would start to use drugs a lot more then they had before.

Basically no, I mean I think that it's very easy to like I say, smoke a joint or even to wear a Chairman Mao button, or do a lot of these things with out knowing what's behind it, and what it really means.

I mean it's easier to be in a demonstration if it's a trip that's one of the reasons why the whole thing fell apart in 1971, because it wasn't a trip any longer.

I mean the interesting thing I think would be if something happened like, what happened in England where all these kids that all of a sudden can't afford the ticket prices.

I'm really schizophrenic about that, because on the one hand I would say, yes there is, there's something inherently, even violent about it, it's wild and raw and all this.

It's much easier to wear a Chairman Mao button and shake your fists in the air and all that, then to actually read the Communist manifesto and things like that and actually become involved in politics.

Most of them are pretty down records, pretty unhappy, pretty confused. Which only reflects how people in general were feeling, I mean really the sense that you get is society running down.

No I don't think it was a myth at all, anymore than what the recession that the whole country was experiencing was a myth, which obviously seems like it's going to get worse and worse.

Or like in the early 70's when we had the reaction against acid rock and all the fuzz tone, and feedback, and the noise. And you had James Taylor and everyone went acoustic and that.

Tags: Against, Everyone, Rock

Much more quotes by Lester Bangs below the page.

That's one reason why it's pretty worthless, I can't totally buy it, if you think about it, it's things like the Phil Spector records. On one level they were rebellion, on another level they were keeping the teenager in his place.

I feel in some ways I've had a difficult life. And it makes me the kind of writer I am, in what I value, what I respect, what I hold dear.

I live by Edith Wharton's rule to get rid of anything neither useful nor beautiful. So I put the TV out on the street.

It might sound ordinary for a woman to find out her husband's cheating on her, but not if you're the woman and it's your husband.

When I sit down to write, I don't have any real goals except to follow one good sentence with another... I'm not the kind of writer who has a map.

Basically, all anyone has to do is ask me for fun details or tell me to be creative, and my mind turns to mud. I am instantly the most boring person you've ever met.

Before college, I hadn't voluntarily read anything that might be called literature; I didn't think I'd understand it; I never seemed to understand my English teacher's interpretations of what we read.