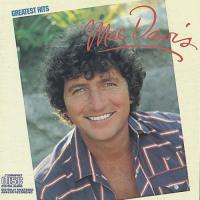 See the gallery for quotes by Mac Davis. You can to use those 8 images of quotes as a desktop wallpapers. 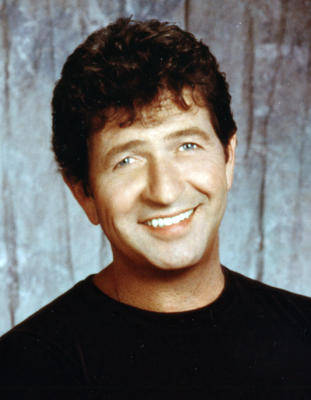 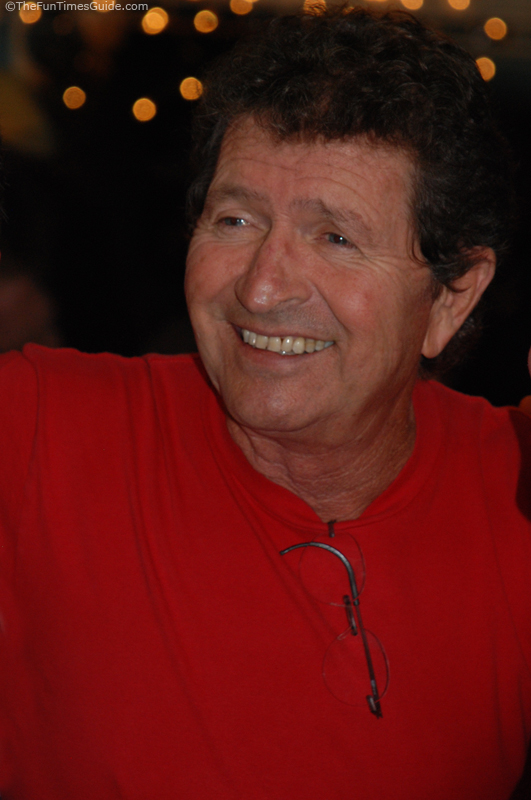 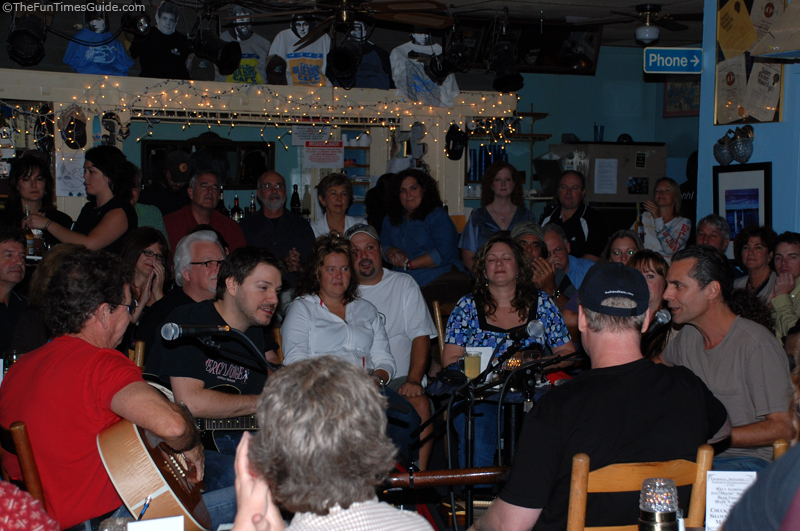 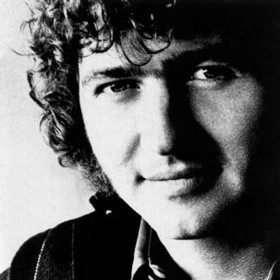 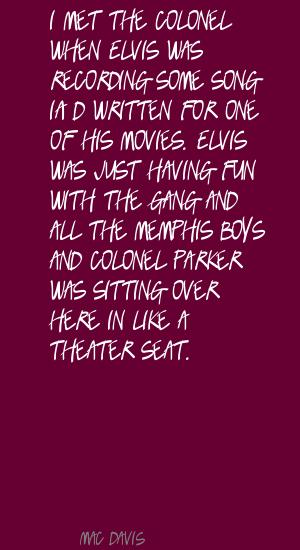 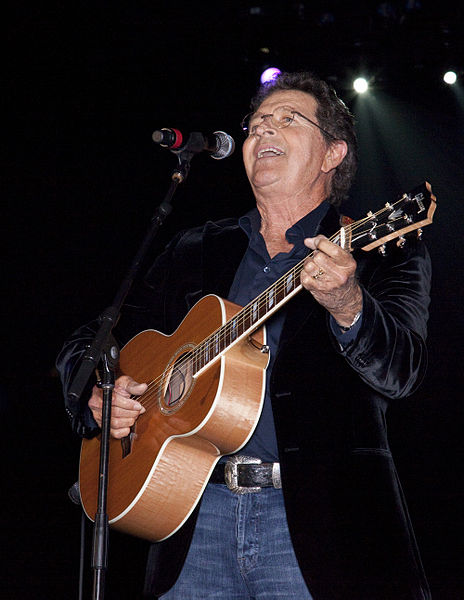 There was a chance for me to write one song for the section where Elvis sat in his black leather outfit and sang the old hits. At eight oclock the next morning I had written Memories.

Every performer who ever performed in rock and roll or even close to it is lying if they tell you that they weren't influenced in some way or another by Elvis Presley. He turned the world around.

Elvis was just like a big old kid. It was like he never got past 19, I don't think, in a lotta ways.

I had Elvis' number in my book and I never called it.

I still have an old painting the Colonel gave me. It was the first time the Colonel had been back to the Hilton since Elvis had passed away.

I worked for a publishing company in Hollywood.

In the Ghetto, I'd been trying to write for years.

It's pretty amazing to me that my first hit record was an Elvis Presley record.

One of my real goals was to hear someone whistling a song I'd written.

Don't Cry Daddy is a pretty sad song. He got to the end of it and it was just real quiet and Elvis says, I'm gonna cut that someday for my daddy. And, by God, he did. He lived up to his word.

First time I saw Elvis was at the Lubbock County fairgrounds in Lubbock, Texas. He was on the back end of a truck. There was about 1500 screaming kids.

I didn't have a lot of communication with Elvis. You had to go through a barricade to get to Elvis. It was people hanging on every word, and I felt very uncomfortable a lot of times.

I had always wanted to write a song called, The Vicious Circle. I always thought it was like, the kids are born there, they grow up there, they die there.

I met the Colonel when Elvis was recording some song I'd written for one of his movies. Elvis was just having fun with the gang and all the Memphis boys and Colonel Parker was sitting over here in like a theater seat.

I was out on the golf course, a guy came riding out in a golf cart and said, Did you know that Elvis died? And I just said, Well, there you go. It was like I had kinda been expecting it.

I'm sure that Elvis was happy for me. I think he was the kind of guy that enjoyed other people's success, especially if he had something to do with it.

If it was just me and Elvis one on one, which only happened once or twice in the times that I did see him, it was a really comfortable. He was a cool guy. Easy laugh, nice guy.