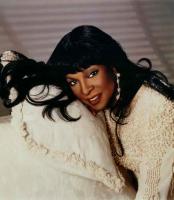 See the gallery for quotes by Martha Reeves. You can to use those 7 images of quotes as a desktop wallpapers. 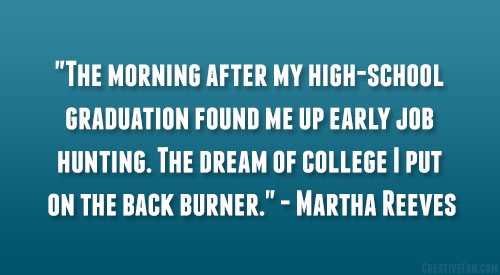 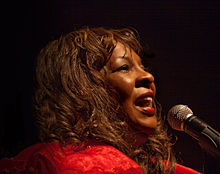 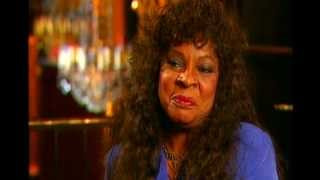 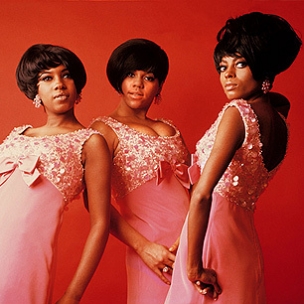 I pray for miracles. I have always found prayer to bring quick results.

After years of making wrong decisions in my life, in 1977 I found out that it was all right to be square, simple, and sober.

Good and bad - this is the story of my life.

A large family makes you accept sharing your parents.

A song has to become as much a part of you as a tailored suit.

Berry Gordy turned his house into a studio and discovered over 30 acts in the city. And we're famous all over the world.

Detroit is full of talent.

Disco music in the '70s was just a call to go wild and party and dance with no thought or conscience or regard for tomorrow.

God uses singers in a mighty way, and I am grateful.

Going on with life, it only gets more and more intense as time goes by - and the challenges only multiply.

I don't worry about being in a hurry any more, because my faith in God will always deliver me on time.

I have always thought music as a way out of the ordinary mundane obligations of life.

I still marvel at how God turns dreams into reality.

I will always dance in the street.

I worshipped Berry Gordy for the creative dreams he had made come true.

Lead singers not only do the majority of the work, but their personalities are singled out and taken as the general attitude of the unit.

Most performers spend half their earnings taking care of family members.

The morning after my high-school graduation found me up early job hunting. The dream of college I put on the back burner.

The world I was born into was one filled with music.

There are times in show business when you work so much you think you will pop your cork, and then suddenly you can't find any work.

I was stranded in Disco. I went to dozens of darkened places with enough flashing lights to drive the average person mad. I felt lost in the pulse of sheer panic.

I went from elementary school to proper training, operatic training, and I went on to the Motown University and learned a lot of things from some wonderful people.

Much more quotes by Martha Reeves below the page.

If you stick around long enough, people start referring to you as a survivor. Suddenly I found myself on the receiving end of several prestigious awards.

You can't very well live in a castle while your kin is on the poor side of town and barely have enough food. Some want you to get to the top and rely on you making it for them, too.

An intellectual is someone who avoids the mundane by lowering his handicap.

Most of those mocking us and our works night after night have not reached the point of suggesting we are going to use those weapons. They are pretty useless right now.

A lot of history is just dirty politics cleaned up for the consumption of children and other innocents.

After he was assassinated, his family and the men who had served him continued the lying and began the destruction, censoring and hiding of JFK's medical records.

It is perfectly obvious that no one nor any single country can save the world from the horrors of tsunamis, hurricanes, earthquakes and winged influenza.

Kennedy lied and lied about his health while he was alive, even using his father's influence to get into the Navy without ever taking a medical examination.

The news in Europe, West and East, is still showing America in flames, flood, etc. Cities are shown underwater; befuddled American officials are shown trying to explain why we are winning the war on terrorism.

Whatever one thinks of President George W. Bush and his unilateralist crew, most of the people laughing at us do not think we are evil. What they think is that we are naive and incompetent.

Unless a product becomes outmoded, a great campaign will not wear itself out.

Advertising is, actually, a simple phenomenon in terms of economics. It is merely a substitute for a personal sales force - an extension, if you will, of the merchant who cries aloud his wares.

You must make the product interesting, not just make the ad different. And that's what too many of the copywriters in the U.S. today don't yet understand.