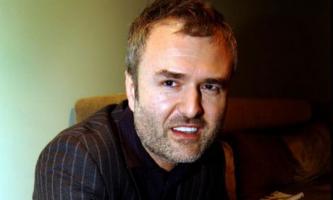 See the gallery for quotes by Nick Denton. You can to use those 8 images of quotes as a desktop wallpapers. 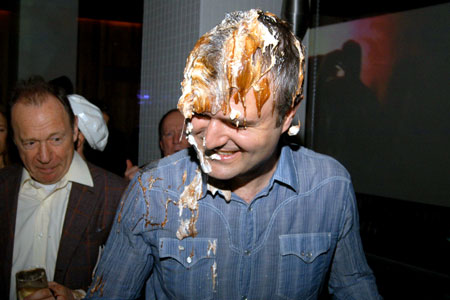 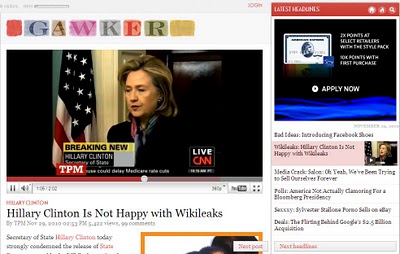 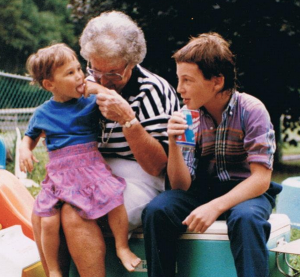 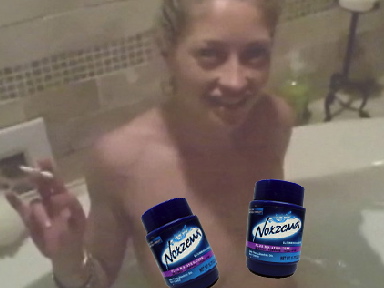 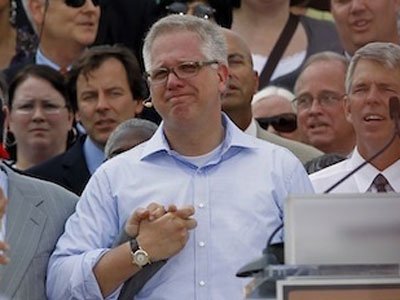 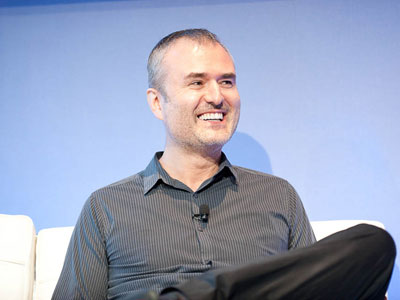 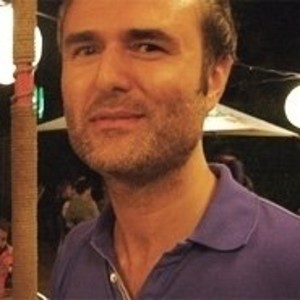 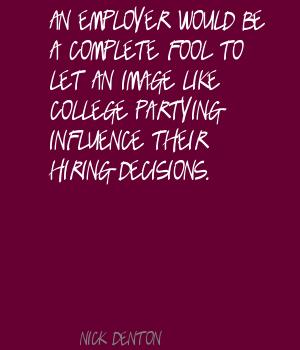 I think straight couples have a schedule: You're together for two years and then there's the 'where is this going?' question, which wouldn't necessarily be good for everyone, but I think it's pretty healthy for relationships, for there to be a presumption that there is a decision to be made.

I've never really understood people who climb socially by sucking up. It seems like the least efficient way to climb, and also the most psychologically debilitating.

It irritates me that everybody concentrates on Gawker, because it's just one of 15 sites and it doesn't even get the most traffic. It's a significant site, but it's not what we are.

It's no wonder that new ventures such as The Daily look first to Gawker Media when staffing up. We should not wait for a poaching expedition to pay someone what they deserve. I apologize if that has been the case and will do better in 2012.

My background is economics and maths. I think one of the reasons I studied humanities at all, or even went into journalism, is because, like, science and maths wasn't cool in England when I was growing up. No one ever talked to the engineering students at Oxford.

The idea of harnessing the intelligence of the readership has been lost in the quest for Facebook likes. For many, readers have become synonymous with hateful commenters. It's time for a renewed push to realize some of the original dreams of the web.

The original idea of blog publishing was that writer and reader would be on the same level. That it would be a conversation - not a lecture. People lost sight of that. We didn't. Kinja is designed to break down the walls of the ghettos. So that everybody - editor, writer, source, subject, expert, fan - can be a contributor.

There was a rivalry - and some pie-throwing. But that was probably because Gawker and Radar had more in common than they wanted to admit. Each was the other's future. Radar served up the exclusives I always envied. Gawker was actually comfortable on the web, in the medium Radar should have made its own.

Three-quarters of our sites - Kotaku, Gawker, Jezebel, Deadspin, Gizmodo, Lifehacker - are led by editors who built their careers within Gawker Media. That's the career path.

An employer would be a complete fool to let an image like college partying influence their hiring decisions.

Apple makes beautiful products. I own a Mac Pro, a Mac Book, a Mac Mini, an iPad, an iPhone, pretty much the entire collection.

Forget about someone's resume or how they present themselves at a party. Can they blog or not? The blog doesn't lie.

Google demotes search results that don't get clicked on.

I don't really mind playing tabloid monster. I always liked those characters in the old movies.

I want to institutionalise and automate chequebook journalism.

Jonah Peretti is one of the smartest web publishers out there. And Buzzfeed is an aggressive and dynamic company.

Most good media come out of somebody saying, 'This should exist; this is something I want to read.'

Personally, as a print journalist, I always found the most interesting stories to be the ones hacks talked about in the bar after work.

Relentless and cynical traffic-trawling is bad for the soul.

That's always been my test for what makes a story: is this something journalists would gossip with each other about?

Much more quotes by Nick Denton below the page.

We believe that the best Web content optimization strategy is something as old as journalism itself: the shocking truth and the authentic opinion.

While I love the medium, I've always been skeptical about the value of blogs as businesses.

As a print journalist, if you hear a rumour you try to stand it up and if you can't, the story dies. With a blog you can throw the rumour out there and ask for help. You can say: 'We don't know if this is true or not.'

Critics say Internet advertising suffers from limitless inventory, which depresses prices. These exclusive front-page sponsorships are not limitless. If HBO doesn't move quickly enough, Showtime can buy out Gawker and Jezebel for the key fall TV season. On any individual day, there isn't room for both of them; and that's healthy.

Google and others truncate headlines at 70 characters. On the Manti Teo story, Deadspin's scoop fell down the Google search results, overtaken by copycat stories with simpler headlines. Deadspin's headline was 118 characters. Vital information - 'hoax' - was one of the words that was cut off.

Tags: Off, Others, Words

Henry Blodget does occasionally have a new idea. If you're making a point about aggregation or the emptiness of modern journalism, he's far from the best target. Try Huffpo - or Gawker writers whose souls have been corroded by irony.

I have to come to terms with the paternalism of American business. Companies are expected to take on so many social responsibilities which are the province of the state in Europe.

I regret the stories we didn't do - the stories that we knew about and talked about but didn't have all of, so didn't publish. The whole idea of Gawker was to remove the barrier between the thought and the talk - and the page.

I think people are sort of waking up to it now, how probably the biggest change in Internet media isn't the immediacy of it, or the low costs, but the measurability. Which is actually terrifying if you're a traditional journalist, and used to pushing what people ought to like, or what you think they ought to like.