See the gallery for quotes by Patrick Carney. You can to use those 8 images of quotes as a desktop wallpapers. 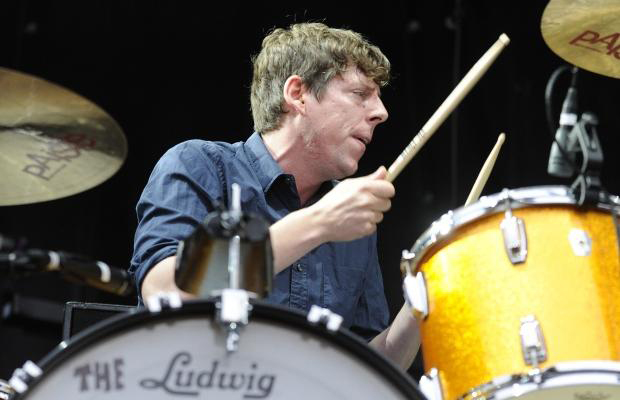 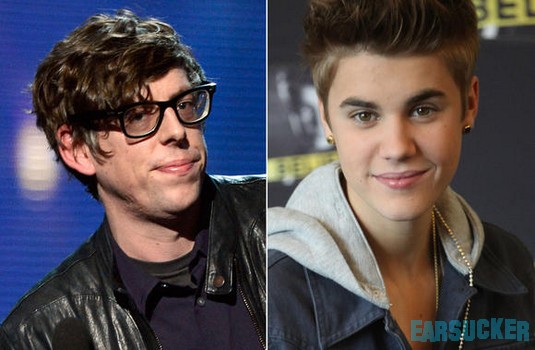 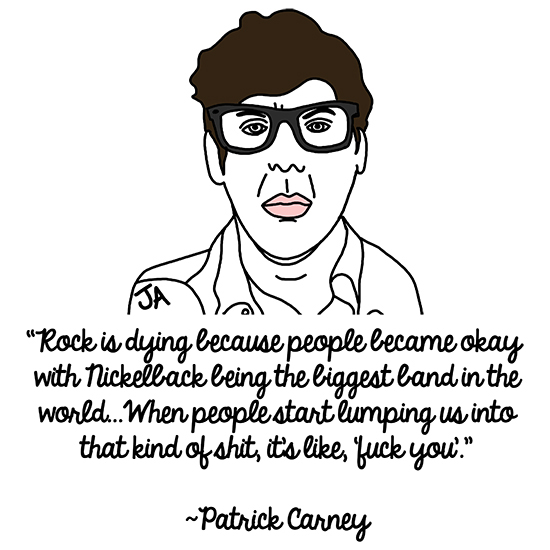 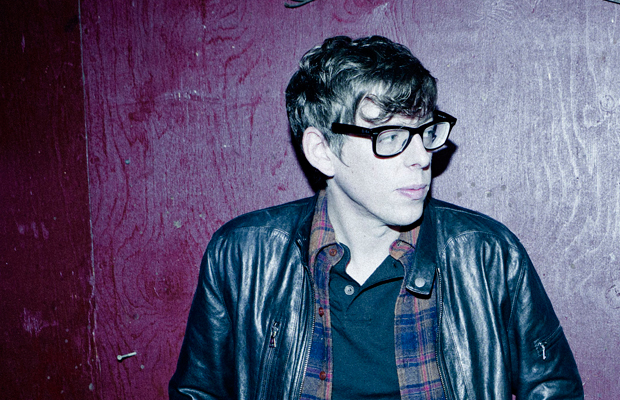 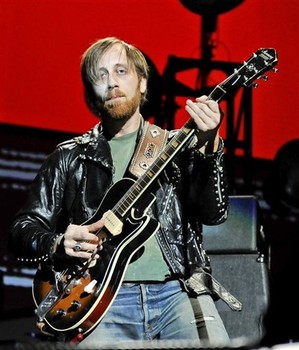 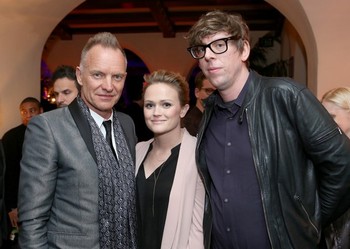 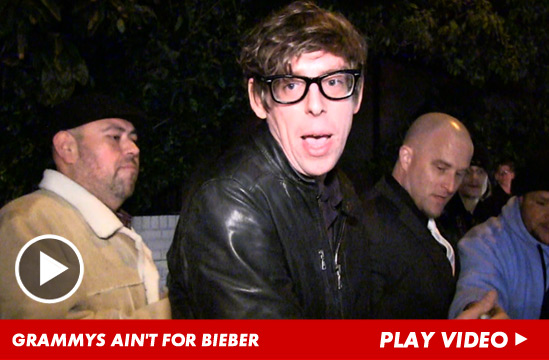 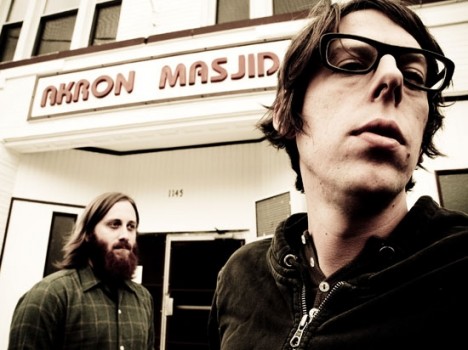 Fast food is the one thing everyone can relate to. It's depressing, but also interesting, that people desire to eat the same sandwich in every single city in the world. But the biggest bummer is when you see a Subway in Berlin. Just devastating.

A lot of people see a Nissan ad and they see a finished product in a record store or on iTunes and that's the face of the band.

I had this fascination with four-track recorders when I was in high school.

I really don't have an ear for pitch. I can't sing at all, I can't hum melodies and I can't write riffs.

I think the best post-breakup album is The Strokes' first album. It's just fun.

I was real into Devo, Pavement, Captain Beefheart, and the Jon Spencer Blues Explosion.

I'd literally rather hang out at the T.G.I. Friday's in New Jersey than tool around at a place that sells $40 cheeseburgers.

If you can't play guitar and sing in Nashville, you might as well just be a construction worker.

One day you look out and the audience consists of 65,000 people. It's like looking in the mirror and one day you realise you've gone grey.

Rock n' roll is dying because people became OK with Nickelback being the biggest band in the world.

The best way to catch my attention is to throw a Twinkie near my face.

There is so much good music in the U.S. and there is just a small section that gets recognised at the Grammys.

Through the history of rock n' roll, you see lots of bands making the mistake of putting on the tights when they get to arenas. Don't do that.

And once the music is out there, when you're selling a record and selling music and people are going to do whatever they want with it, it's kind of hard to resist certain opportunities, especially in the record market now.

I can totally identify with the younger kids. I'll never do what Jon Spencer did to me when I was 16, though. I made a tape with my friends and I put it onstage right near his mic stand by the pedal board and he pulled it out with his foot, kicked it to the center of the stage, looked me in the eye and stomped it to pieces.

I imagine if Spotify becomes something that people are willing to pay for, then I'm sure iTunes will just create their own service, and they're actually fair to artists.

I see a lot of comments on Twitter and stuff about how ugly I am, how bad I am at the drums, how awkward I look, and I'm like, yeah, I agree with most of those things.

I wasn't raised super-poor, but my parents got divorced, and my mother didn't have much money. Even now if I have a cake, I'll eat it slowly, and I save most of the money I have.

I'm friends with Dierks Bentley. Aside from that, I don't really know anybody else in the country music field, really. I've met the Lady Antebellum people and I met Marty Stuart briefly once. He's really nice, but I don't know any of them, really.

The idea of a streaming service, like Netflix for music, I'm not totally against it. It's just we won't put all of our music on it until there are enough subscribers for it to make sense.

The Midwest breeds funny, eccentric people, to varying degrees. You play shows not because you're expecting to get a record deal, but to do something fun outside of mowing lawns. Everything else is just gravy... Or mustard.

When no one's buying your records, it's easy to justify selling a song. But once you start selling records, you can't really justify having two songs in Cadillac commercials. It looks greedy. And it is greedy. This whole music thing should be about music.