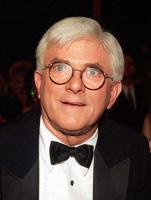 See the gallery for quotes by Phil Donahue. You can to use those 8 images of quotes as a desktop wallpapers. 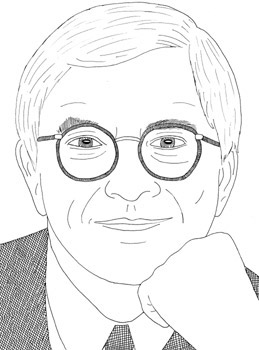 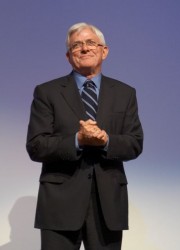 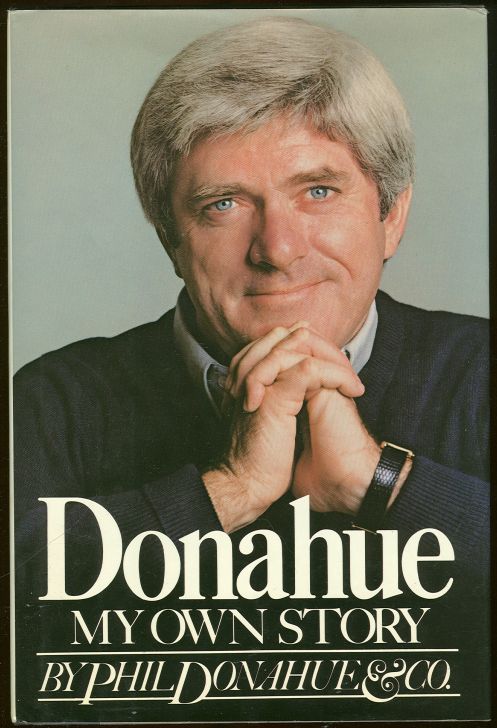 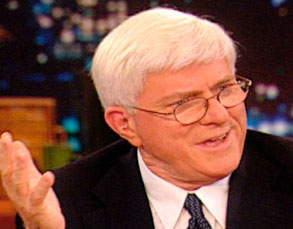 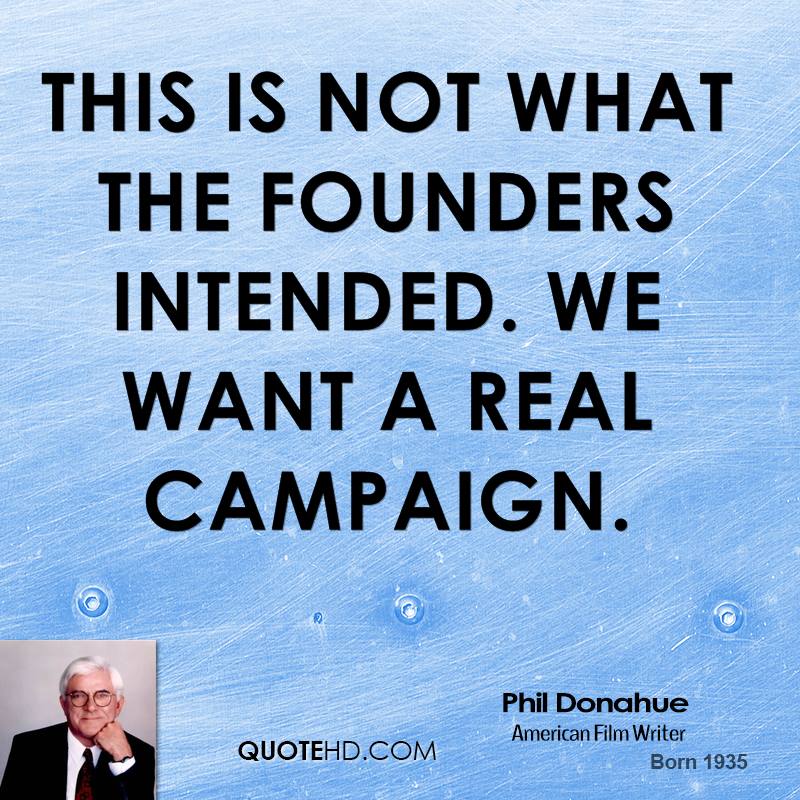 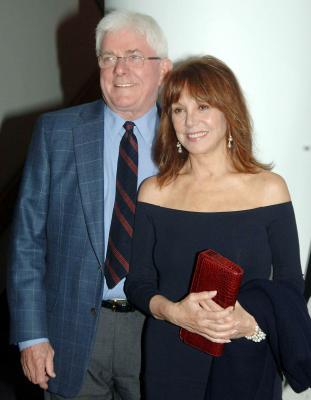 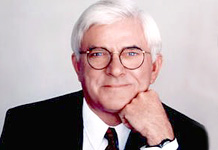 Presenting statues of honor to reporters for covering an earthquake is like presenting a first prize to a doctor for performing surgery.

Saddam was a bastard, but he was our bastard.

Spanking and verbal criticism have become, to many parents, more important tools of child rearing than approval.

Television is not the exclusive target of promoters. Is Superman really worthy of a Newsweek cover?

They were terrified that we were going to become an anti-war kind of platform.

To a journalist, good news is often not news at all.

We should not use crippled children to sell hamburgers. Ever.

When I was a kid, people who got divorced were people who had no gumption.

When we had been married five years, we had six children. What, in God's name, was wrong with me?

Some people are uncomfortable with the idea that humans belong to the same class of animals as cats and cows and raccoons. They're like the people who become successful and then don't want to be reminded of the old neighborhood.

Recognition should come to the reporter who uncovers public cheating or proves a convicted man innocent.

Is it any wonder that for millions of men the only intimacy is physical, silent, and predictable?

Praising the Lord and passing the ammunition are mutually exclusive ideas.

I have moved from certainty to doubt, from devotion to rebellion.

I think the idea of creating a television news source that is not beholden to corporate interests is nirvana.

Suicide is a permanent solution to a temporary problem.

A large psychic void is left by a loss of faith. So many Catholics have tried so many things to replace it.

I have had time to analyze my feelings. I am certain that they are totally neurotic, sexist, silly, and a big waste of time.

I was proud of the waves I had made, but wondered how many boats I was supposed to rock.

In 1953 there were two ways for an Irish Catholic boy to impress his parents: become a priest or attend Notre Dame.

The system of volunteerism is divisive. It pits one charity against the others for the charity dollar.

Tags: Against, Others, System

The Tube is a vehicle for selling things, not for exploring ideas.

Airlines are interesting. They not only favor celebrities, they court them.

At first, I thoroughly enjoyed being famous.

Everybody is under pressure to shut up and sing.

Much more quotes by Phil Donahue below the page.

I believe celebrity spoils people - some worse than others.

I could never understand how we could put 120,000 Japanese behind a fence in World War II. I remember being bewildered about that.

I find celebrity status difficult to bear when I am in the company of my mother.

I tip like crazy. They'll remember me. Celebrity can be expensive.

In a network situation, a vice president, while he's shaving, can decide your history.

In reality, the most important things happen when you don't look for them.

Marlo taught me things I thought I knew.

Oprah is more than an institution. Oprah is a very special star in the firmament. I can't imagine a greater success than she's enjoyed.