See the gallery for quotes by Ralph Fiennes. You can to use those 8 images of quotes as a desktop wallpapers. 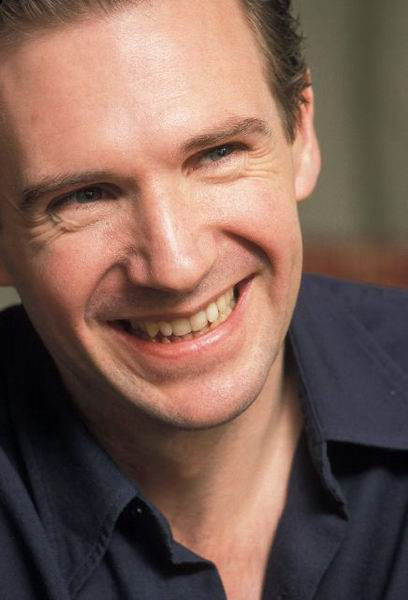 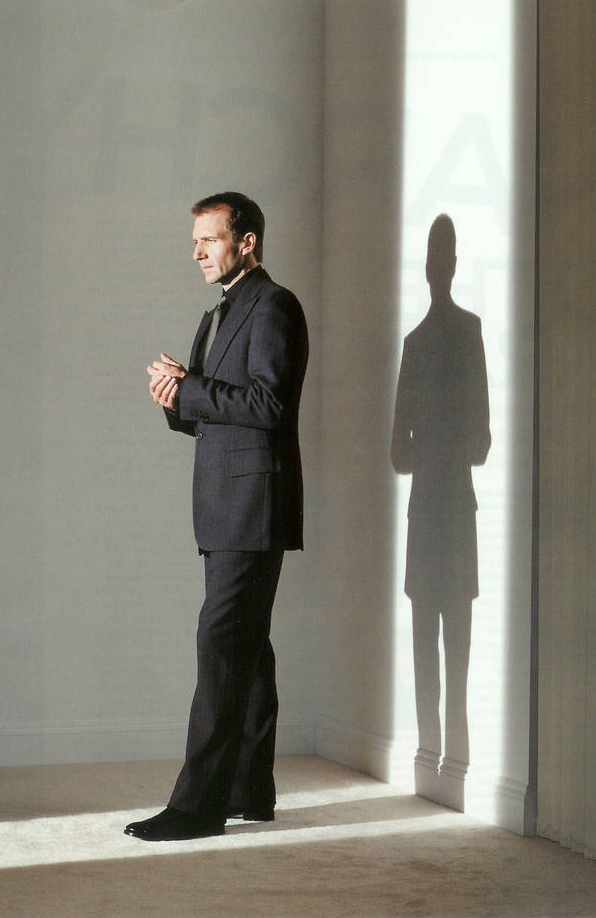 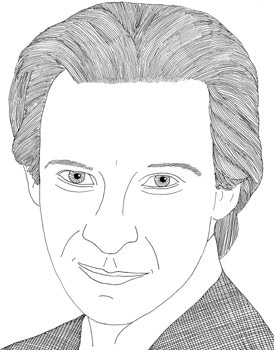 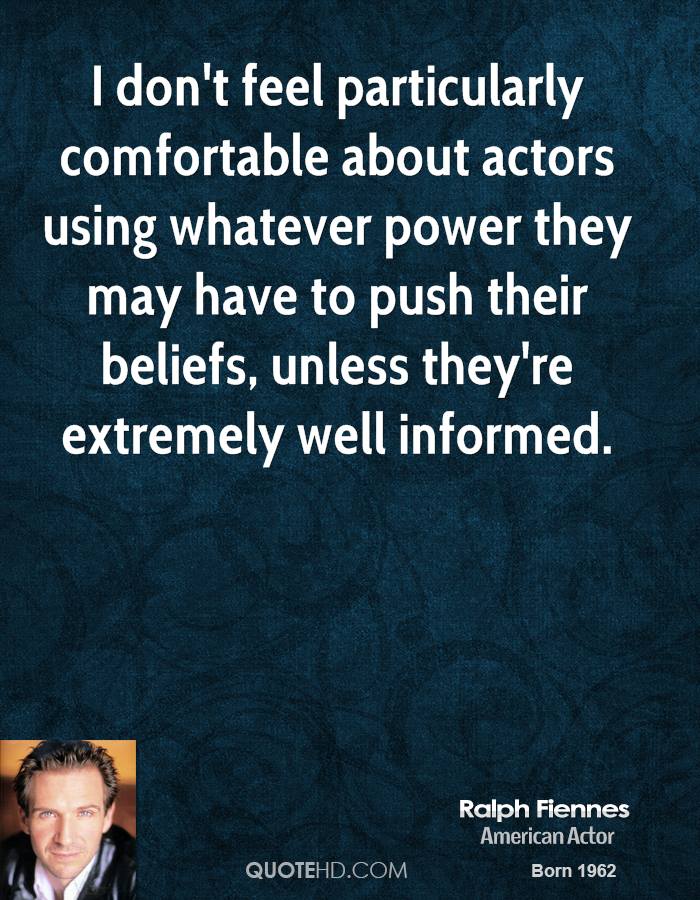 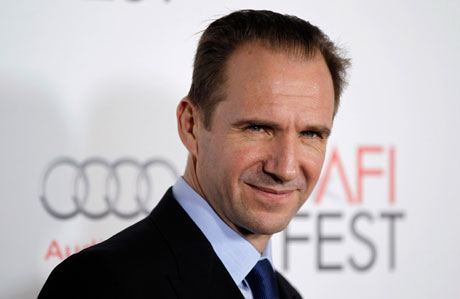 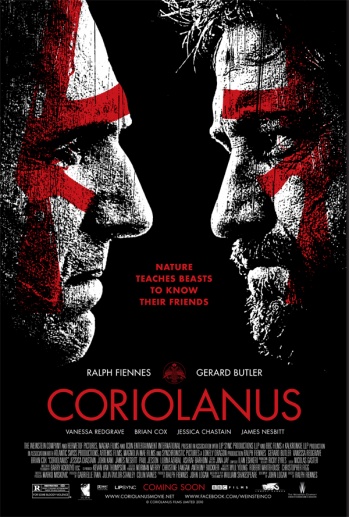 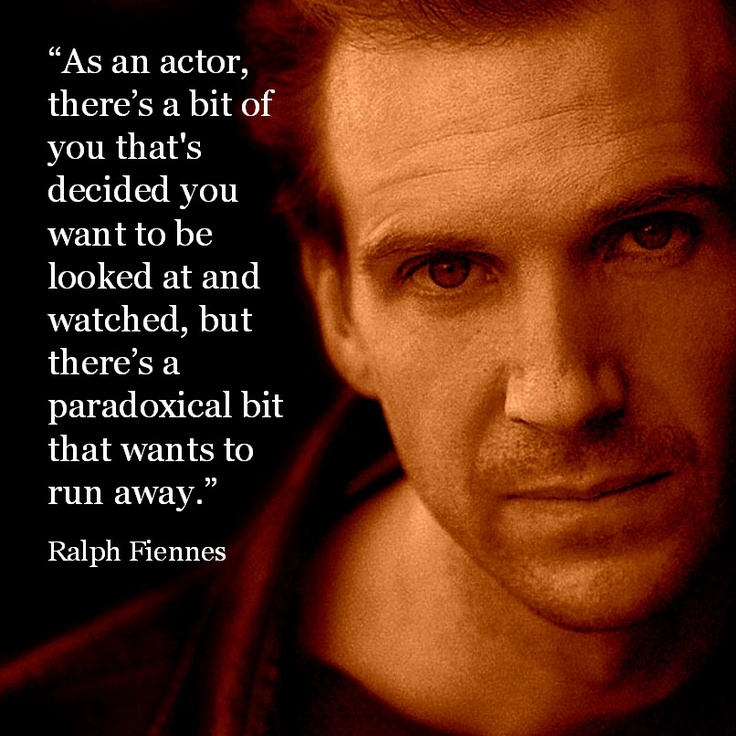 I respond to a part just intuitively when I read a script.

I tried to play rugby but was never very good.

I veer away from trying to understand why I act. I just know I need to do it.

I went out to Mount Kilimanjaro, which I thought was very beautiful, but there were a lot of people there.

I'm not very good at being domesticated. I've tried. The domestic life I find claustrophobic - the rituals and habits and patterns.

I've never felt fallow in the sense that there's been no work.

If I had a gun to my head and I had to choose between theater and film I'd choose theater.

In the best material, you always should be able to somehow make a case for a story to be transposed to any other time.

It was just two energies between two people, you can't prescribe that.

Kenya doesn't have much of an infrastructure for hosting a film.

Most films are rooted in a book or a comic strip, but I don't go out there saying I want to do adaptations.

The sets were fantastic. The Harry Potter sets are brilliant. You do get transported for a second.

There's a lot of people who feel there's a tabloid journalist who had it coming.

What moves me in art is how we question who we are as people.

When I first filmed things, they were always slightly awkward.

When theater becomes a soothing middle-class thing, when it's packaged as the Night Out, then that's the death of it.

You dread that there will be real problems during filming.

You have to just dive over the edge. You haven't got time to mess about.

You're meant to be playing the distillation of evil, which can be anything.

So much of movie acting is in the lighting. And in loving your characters. I try to know them, and with that intimacy comes love. And now, I love Voldemort.

Actors use who they are to be someone else, but I would hate to ever think I'm playing myself. It's imagining being someone else that is the key motivating thing for me. So when people want to know about me, it makes me a bit unnerved.

Tags: Else, Hate, Someone

And although I've been very fortunate in the film work that's come my way, I need to get back to the stage. If I'm away for a maximum of two years, I feel something's wrong.

Being an actor means asking people to look at you. I guess I accept that. But it's a profession in which the job is to show another world and other people. You may access it through bits of yourself, and your imagination and experience, but actually, in the end, you're not playing yourself.

I can't go and shoot people in the back of the head because It's a kids' movie, which is actually quite a good test because you haven't got the overt threat of a knife in the face.

I couldn't get as big as a bodybuilder. I tried to put on as much weight in the right places as I could. My weightlifting was impressive for me, but not for some of the guys I see down at the gym.

I got to read some writings by serial killers, and they got inside my head. They were quite disturbing. I read disturbing stuff about that very detached way of manipulating people to do things.

Much more quotes by Ralph Fiennes below the page.

I never studied anything about film technique in school. Eventually, I realized that cinema and theater are not so different: from the gut to the heart to the head of a character is the same journey for both.

I was grateful to have two weeks to shoot this one scene in Harry Potter. It's a big, big scene, but they have to deliver. And they have high expectations.

In the studio system, things are expected of a film. By the first, second, third act, there's a generic language that comes out of the more commercial system.

There is a tension in relationships between wanting to return to the womb, but also wanting to be free. Because sometimes the woman's attentions can be overly maternal, and you want to go, 'Ahhhh!'

When she was younger, my mother was quite committed to Roman Catholicism. But she got disillusioned with it and moved closer to something like Buddhist beliefs near the end of her life.

One of the things that binds us as a family is a shared sense of humor.

He's really sort of the devil. He's completely emotionally detached. He has no empathy. You find that in psychopaths. It's about power with Voldemort. It's an aphrodisiac for him. Power makes him feel alive.

There is a humanitarian impulse that one aspires to and there are days when one doesn't do it very well.

I admire the world of the books and the characters that she's created, but I'm not an addict of Harry Potter. I don't feel possessive about it.

I'm sure acting is a deeply neurotic thing to do.

I guess I'd love to be surprised by something I had never thought of.

Within the process of filming, unexpected situations occur.

Gardeners are good at nurturing, and they have a great quality of patience, they're tender. They have to be persistent.

God is not anything human. God is a force, God is chaos, God is unknown. God is terror and enlightenment at the same time.

Little moments can have a feeling and a texture that is very real.

The film depends on the audience's belief in this relationship.

The tensions between authority and the people need to be heard, especially when they are suffering and they can't eat.

We'd all like to believe that perhaps people could stop killing each other.

You feel yourself working to show something. I've learned to distrust that feeling.

There are those moments when you shake someone's hand, have a conversation with someone, and suddenly your all bound together because you share your humanity in one simple moment.

As an actor, there's a bit of you that's decided you want to be looked at and watched, but there's a paradoxical bit that wants to run away.

Going to the movies was a big event in my youth. My father would be the initiator - he'd have me put on a jacket to see a film.

I certainly gained a lot by reading about Shanghai.

I don't feel I'm playing villains all the time.

I don't feel particularly comfortable about actors using whatever power they may have to push their beliefs, unless they're extremely well informed.

Tags: May, Power, Whatever

I don't plan a career. That doesn't work for me. I just have to go with my gut.

I have a lot of stuff I want to talk about and offer up. It would be odd not to have ideas about something.

I have grown up loving Shakespeare.

I like to keep fit, but I never lift very heavy weights.